Accessibility links
The Reaction In Florida: From Protesting To Partying The Supreme Court's decision to uphold nearly all of the federal health care law produced very different reactions in Central Florida. Josephine Mercado, the founder of a health care nonprofit, says she plans to party. But congressional hopeful Todd Long says it's a blow to Americans' freedom. 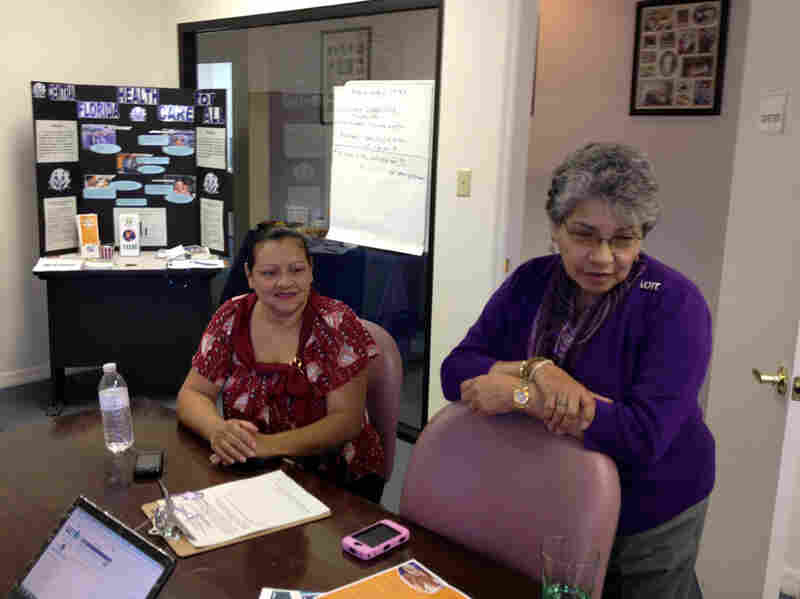 Josephine Mercado (right) with Brenda Serrano at the Hispanic Health Initiatives office in Casselberry, Fla. Mercado says she plans a party now that the Supreme Court has ruled on the health law. Art Silverman/NPR hide caption 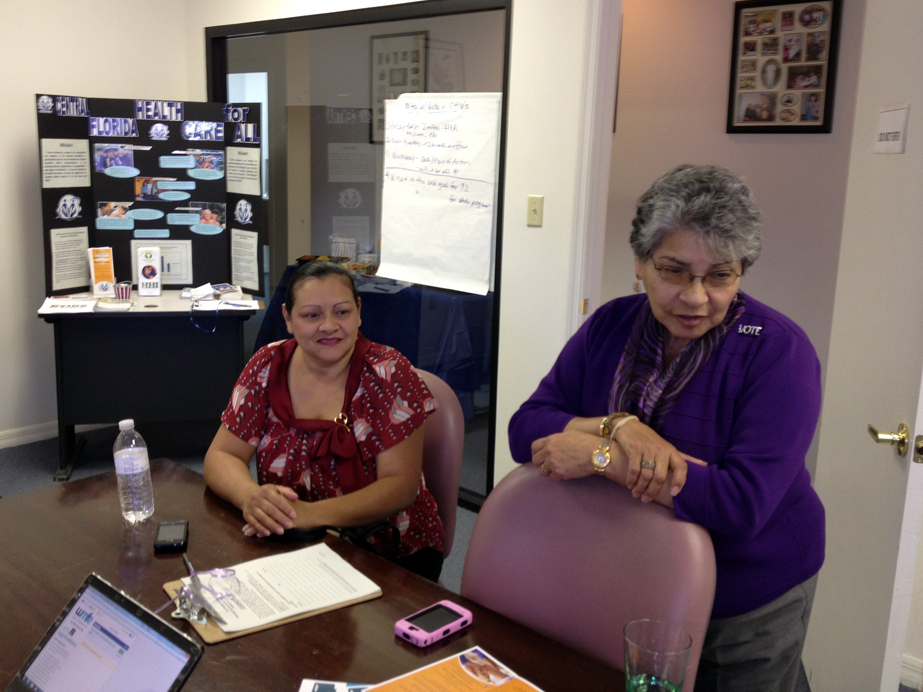 Josephine Mercado (right) with Brenda Serrano at the Hispanic Health Initiatives office in Casselberry, Fla. Mercado says she plans a party now that the Supreme Court has ruled on the health law.

Just after 10 a.m. on Thursday, a cheer went up at Hispanic Health Initiatives, a nonprofit in Casselberry, Fla., just north of Orlando.

The enthusiasm for the Supreme Court's decision to uphold nearly all of the federal health care law was unmistakable at the nonprofit, which advocates for health care for the local Latino population.

The news took Josephine Mercado, the nonprofit's founder and executive director, by surprise — and changed her plans for Friday.

"We're having a party. We're all set," says Mercado, who's been a strong supporter of the Affordable Care Act. "We're going to have iced tea and cookies and we're going to play music. And we're going to really be very, very happy that this worked out the way it did."

Mercado tells NPR's Robert Siegel she didn't expect the ruling to go the way it did. She says that if the Supreme Court had thrown out the health care law, she would have been protesting instead of partying.

Between working at low-paying jobs or at part-time jobs, Hispanics are the ethnic group most likely to be uninsured.

"I would say nationwide the percentage was, more or less, 34 percent. And here in Central Florida, I would say it's about 60 percent or more that are uninsured," Mercado said. "It's a hardworking population. Unfortunately, they cannot afford the premiums. And that's really what this law is all about. It's about making insurance more affordable."

Much of the relief that the Affordable Care Act would bring to the people served by Mercado's group would be through expanding Medicaid eligibility. And while the impact of Thursday's ruling on that part of the law was still unclear, the feeling at Hispanic Health Initiatives was: This was a win.

Not so for Todd Long, a conservative activist and Tea Party Republican. He's running for the GOP nomination in Florida's 9th Congressional District.

Long was very critical of what the court did Thursday. And he lumped it together with the court throwing out parts of Arizona's immigration law earlier this week. 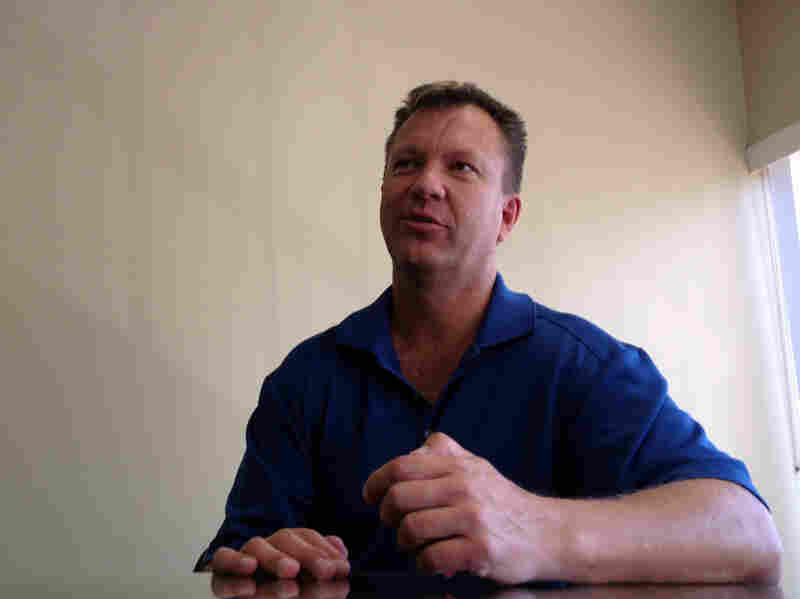 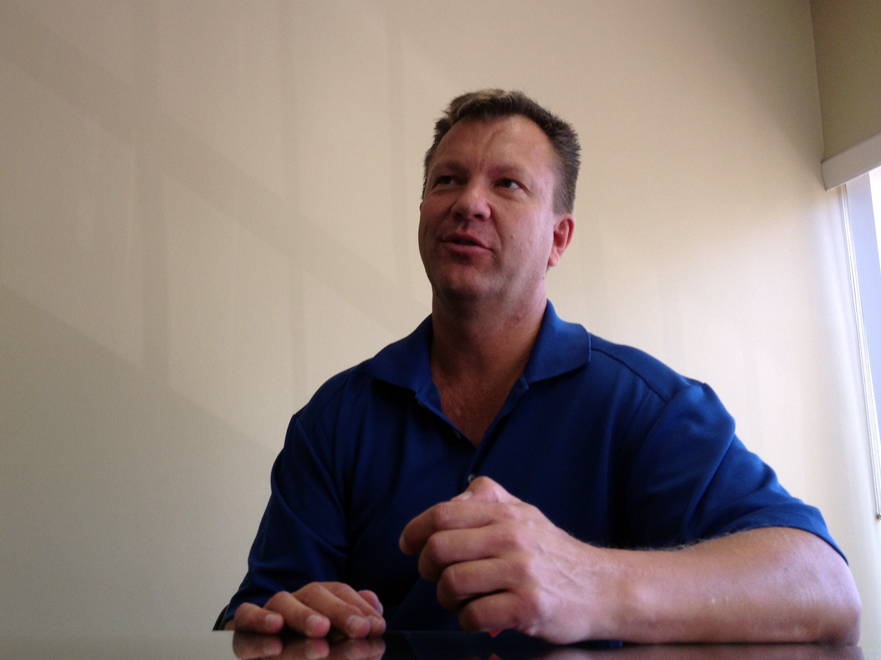 Todd Long, a conservative activist, is running for the GOP nomination in Florida's 9th Congressional District.

Long called Chief Justice John Roberts' decision to side with the justices of the court's liberal wing "jaw-dropping."

"I think ... his ruling in the Arizona case a few days ago should have tipped us off, because anybody that believes, like I said, in individual rights, the Constitution and the rights of the states to take care of themselves, take care of their own affairs, would have never made that ruling they did in Arizona," Long said. "So when you put these two rulings together, you get an idea that Justice Roberts doesn't believe in our Constitution and individual rights and the rights of states, in my opinion."

He added: "There's no way in the world the founders of this country would have ever sat there and let the federal government do this to the individual rights and rights of the people."

Long says politically, it's time to fight for the health care law's repeal.