Accessibility links
Contestant Lipograms: The Best Of The Best This season we challenged potential Ask Me Another contestants to a 17-question blitz of questions. The final question, lipograms, drew some of the strangest and amusing responses. A lipogram is a written work in which a particular letter or group of letters is intentionally omitted.

Contestant Lipograms: The Best Of The Best

Contestant Lipograms: The Best Of The Best 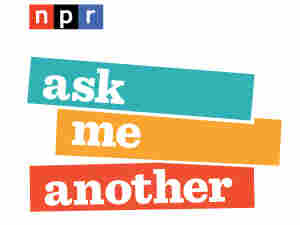 Think you have what it takes to be a contestant on Ask Me Another? First, you have to prove you know your stuff.

We subjected our Season 1 contestant hopefuls to an Ask Me Another Contestant Quiz—a 17-question blitz to test their knowledge of art, literature, science, math, international "goat suckers," and female actors in the Ocean's 11 franchise.

The part of the quiz that drew the funniest and strangest responses was the final question. Here are the original instructions:

A lipogram is a written work in which a particular letter or group of letters is intentionally omitted. For example, Ernest Wright wrote his 1939 novel Gadsby without the letter "e," and his book was 50,000 words long. With that in mind, write us a paragraph or two without using the letter "i". Funny, clever, and coherent is worth as much as length; please don't submit more than 200 words.

Some wrote us poems and stories. Others crafted meta-accounts of what it felt like to type without the letter "i." We received some short autobiographies and there was an oddly large number of lipograms about pirates.

We decided to post a few of our favorites from folks who went on to become contestants on the show.

Q: What do you call a sea-based, non-ambulatory creature that has no eyes?
A: Fsh.

Suppose you never had the letter before J
Language would be tough to speak or say.
For you'd have to take a common word
And make a change that was absurd.

Subtract one from ten, and then you'd have NONE
You'd ask a bartender for a shot of GUN
Plumbers would have to mend leaks from POPES
And customer support would handle GROPES

Dorothy would have fought the WATCH of the West
Savants would take a GQ Test
Students would read about great Moby DUCK
And harlots would hope to turn a TRUCK.

There are other letters that could be banned.
Such as N, for there's not much demand
Although t'would be strange, on the stereo of your car
To hear a broadcast on CPR.

No eyes! The wretched creatures had no eyes! The beam from my torch swept through the cavern and revealed more than a dozen of them. Untold aeons spent many leagues underground had forced the clan of beasts to evolve to resemble blanched, warped apes — except that they had unnaturally large foreheads, alabaster as bone and unbroken by brow or lashes, cornea or aquaeous humour. Now the monsters stood between my team of spelunkers and our only way out of these godforsaken caverns.

Wyntonham-Smythe — the cursed fool! — called out smugly, "We can just creep past them! They cannot see! They're bl—" He never completed the thought. The creatures – apparently possessed of the same preternatural powers as the bat – had located the overly garrulous explorer through the sound of the poorly-chosen exclamatory remark. Scarcely three heartbeats passed between the start of the utterance and the gruesome end, as one of the creatures wrenched a stalagm— . . . no, hold on, a stalact— . . . oh, blast! Always confuse those two! ... a spear of stone from the wall of the cave and hurled the weapon across the cavern and through Wyntonham-Smythe's puffed-out chest.

MeeMaw was a real character. She could shoot skeet, translate Portuguese to Dutch, dance the Charleston, and dress a deer. Hand her jewelry, furs, makeup, and a tutu, and she'd gussy up a deer that could out-fox any Hollywood star. She called them her deer dolls. That's what happens you grow up poor, motherless, and surrounded by four brothers, and go on to have seven sons. She called me, her only granddaughter, a dream come true. My prom dress was based on one of her deer looks.

To compose a ballad bereft the letter "eye,"
Can be cumbersome, arduous: why even try?
What would the stakes need be? Stardom, wealth, or glory?
Or just an endeavor that makes a good story?
Perhaps just a task for a wry educator,
Or maybe the decree of a vowel hater.
No matter the reason, the task can be managed.
To know many words, a palpable advantage.
So here reads a poem, for your puzzly pleasure,
That, to my best, rhymes, measure for measure.
My goal was to pen a work that deems me worthy
And please, feel free to ask me another query.

Give it a shot! Compose your own lipogram and leave it in the comments section or email it to us at askmeanother@npr.org.