Accessibility links
Sleuth Keeps His Good Eye On Mexico City's Crime Paco Ignacio Taibo II and his fictional protagonist, Hector Belascoaran Shayne, follow crime trails in a dark, violent Mexico City. But the author has not written about his detective since the drug war began about six years ago. 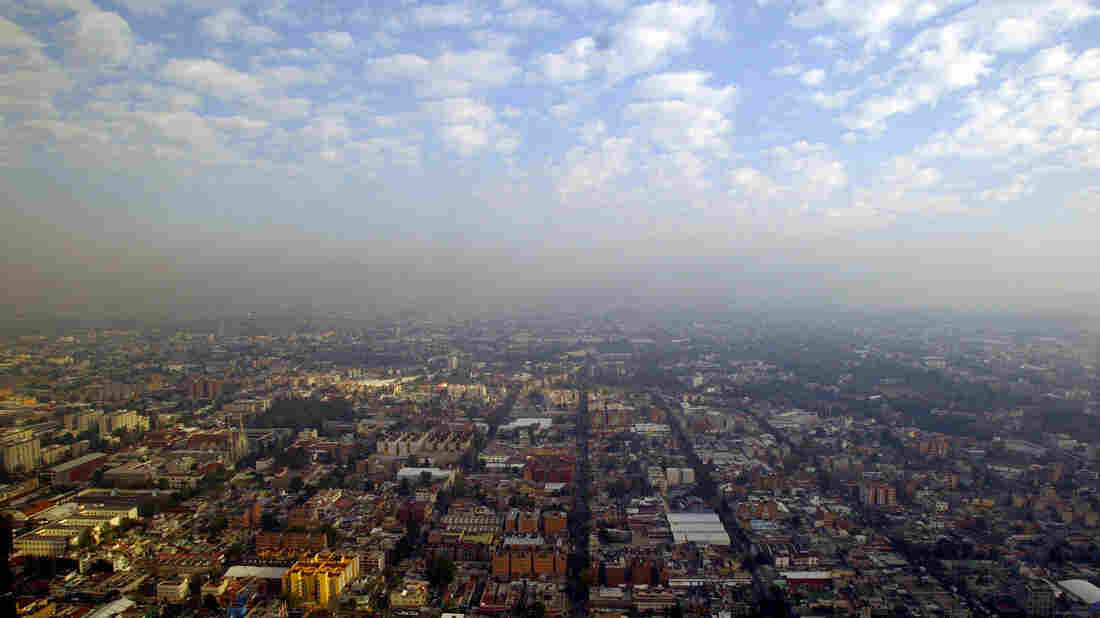 In heavily polluted Mexico City, crime writer Paco Ignacio Taibo II describes his exhausted detective Hector Belascoaran Shayne as looking out at his hometown and seeing "a city that was trying to hide itself in the smog." Ronaldo Schemidt/AFP/Getty Images hide caption

In the crowded heart of the Mexican capital, a fictional one-eyed private investigator shares a dingy flat with a flock of ducks and a rotating cast of lovers.

The central character in Paco Ignacio Taibo II's crime novels is Hector Belascoaran Shayne, a former engineer who got a "certificate in detection" through a correspondence course. Belascoaran is a cynical, bumbling private eye who marvels at the chaotic street life unfolding around him in Mexico City.

Belascoaran doesn't have a car. He calls himself a "street" detective. Usually he rides the overcrowded subway, squeezed between drunks and office workers and an interminable stream of vendors selling pens, Kleenex and balls made of super putty.

Taibo's detective novels veer in and out of reality. Historical figures mix with fictional characters. Things happen or maybe they didn't. One novel, The Uncomfortable Dead, is actually co-written with Subcomandante Marcos, the former leader of the Zapatista Army of National Liberation. And the story includes a fictional cameo appearance by Marcos himself. 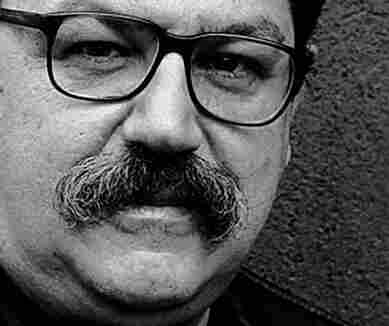 Taibo has not written a Belascoaran crime novel since the drug war in Mexico began six years ago. Courtesy of Akashic Books hide caption 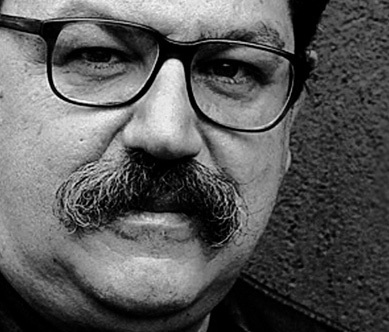 Taibo has not written a Belascoaran crime novel since the drug war in Mexico began six years ago.

In No Happy Ending the omniscient narrator says of Belascoaran, "His only way to survive was to accept the chaos and become one with it. Take yourself lightly, but the city seriously. Mexico City, that porcupine filled with quills and soft wrinkles. Damn, he was in love with this place. Another impossible love on his list."

The Only 'Real' City

"There are some almost real cities like New York or Amsterdam. But the real one is this. This is the city," Taibo says.

The writer's Mexico City is a city of sharp contrasts. It's a city with strict smog rules barring certain cars from driving certain days of the week yet each morning hulking, battered busses spew plumes of black smoke out their tailpipes.

This bustling metropolis of 20 million people is home to both the richest man in the world and peasants who don't even have running water. Unlike the urban elite or the party people, Hector Belascoaran Shayne lives in a dark, violent version of Mexico City.

"We experience different cities, linked by the abuses of power and fear, corruption, and the eternal threat of descent into the jungle that hides in the system; it pops up regularly to remind us that we are fragile, that we are alone, that one day we will be fodder for the buzzards," Taibo writes in Return to the Same City.

Taibo hasn't written a new Belascoaran novel since the current drug war began in Mexico six years ago. He plans to eventually, but for now he calls President Felipe Calderon's war against organized crime "complicated ground" for fiction.

"The narco war has changed everything in relations between society, crime, insecurity, law and order," he says. "These deep changes in society make you as a writer to rethink the whole thing." 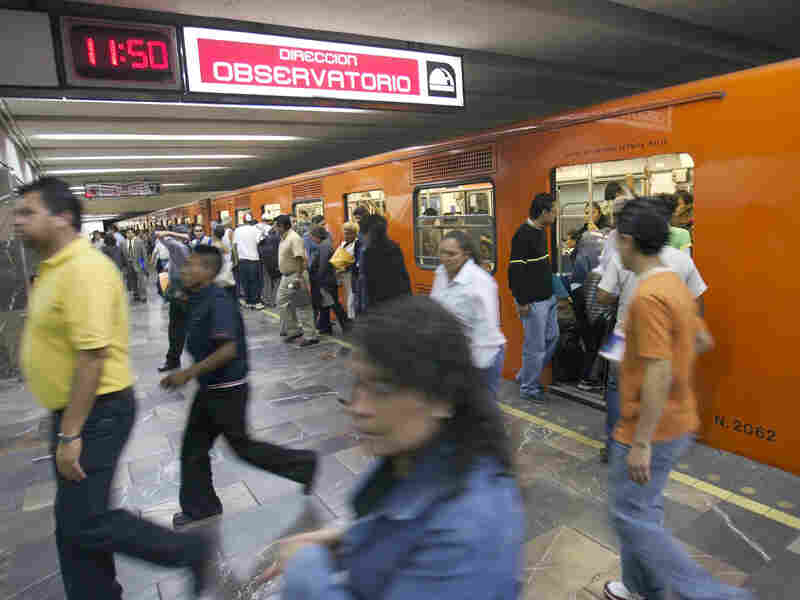 Taibo's self-proclaimed "street" detective doesn't own a car. He gets around on Mexico City's packed, inexpensive subway. "His only way to survive was to accept the chaos and become one with it," Taibo writes. Gregory Bull/AP hide caption 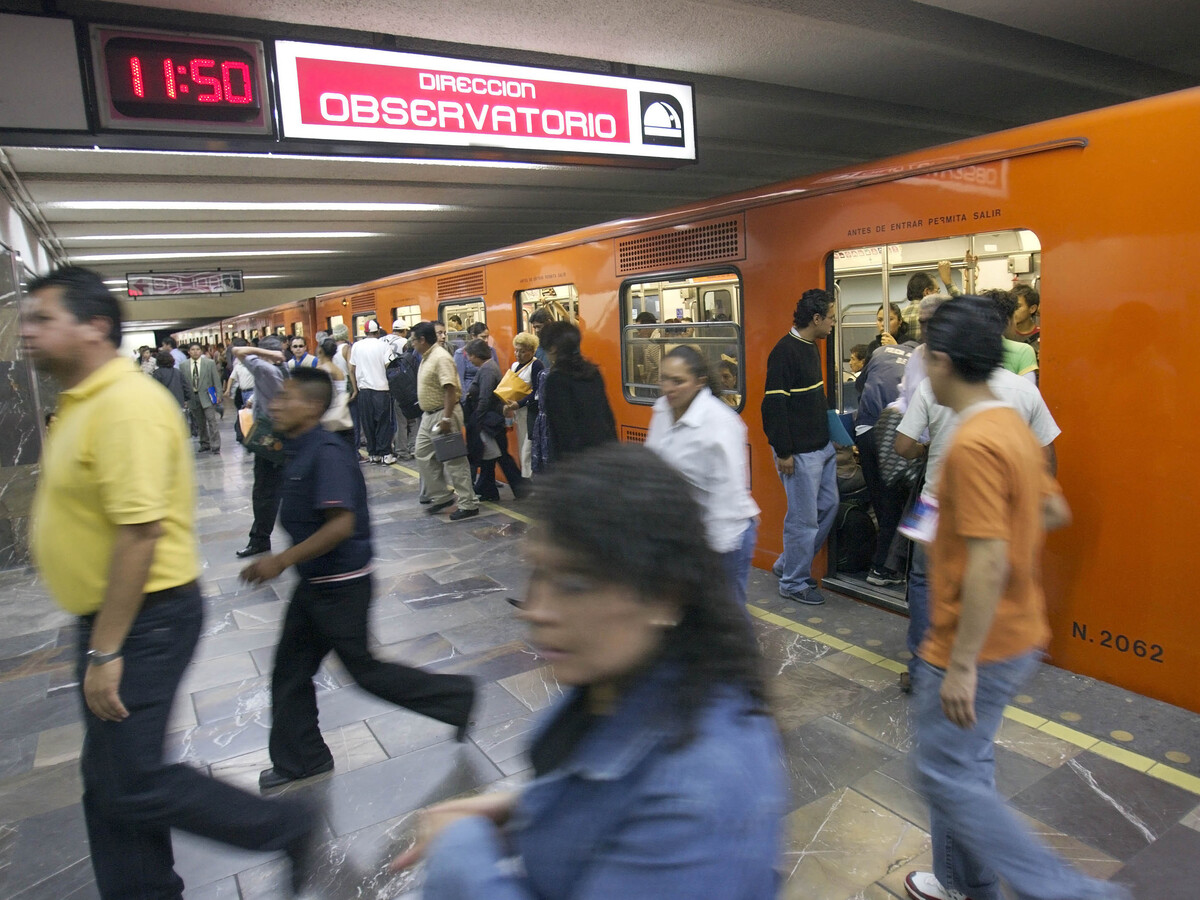 Taibo's self-proclaimed "street" detective doesn't own a car. He gets around on Mexico City's packed, inexpensive subway. "His only way to survive was to accept the chaos and become one with it," Taibo writes.

As the death toll from the drug war ratchets higher, the Mexican capital has come to be viewed as a sanctuary from the violence.

"Mexico City is the safest city in Mexico. Everybody says that. I even believe it. And it's true. Why? The narcos have created paradise here," Taibo says. "They can live here but [they don't] work here. It's the resting city of the narcos. What is this? Very complex city, I love it."

Sidewalk cafes, mariachis and gruesome newspaper headlines make up the city. It's a great place to be a fiction writer, Taibo says, because everyday he's forced to deal with complexity, economic inequality, corruption, environmental destruction and pollution.

At one point he describes an exhausted Belascoaran peering out at the city and seeing "a city that was trying to hide itself in the smog."

In Taibo's hands, the Mexican capital becomes a magical metropolis where anything can happen. For instance at the end of No Happy Ending, Belascoaran is killed off, but fortunately for his fans, the eccentric, one-eyed detective pops back to life in the next novel.

Read an excerpt of No Happy Ending

Read an excerpt of Return to the Same City

Read an excerpt of The Uncomfortable Dead