Accessibility links
Stories, Old Friends, A Good Time 'Til The End Bishop Ricardo Ramirez's grandmother lived a long and full life. But it was the way Francisca Espitia approached her final years that may have impressed her grandson the most. It started with a story about how she'd been enjoying life at 90. 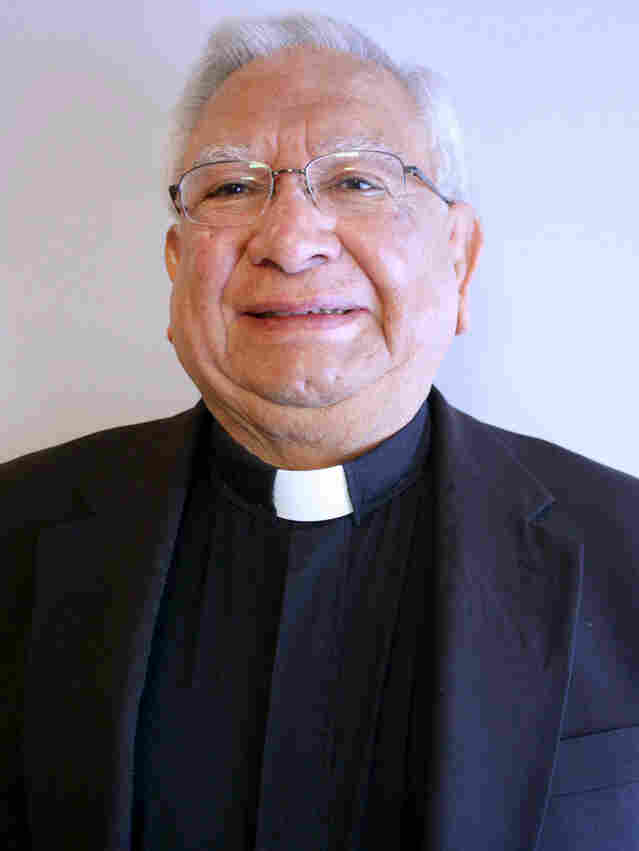 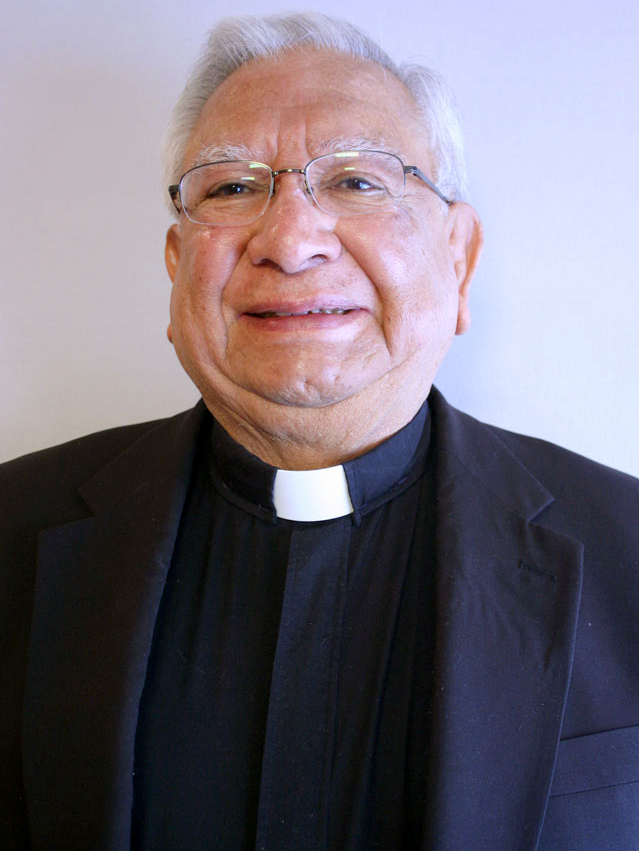 Bishop Ricardo Ramirez's grandmother lived a long and full life. But it was the way Francisca Espitia approached her final years that may have impressed her grandson the most.

Ramirez, 75, recently visited StoryCorps to remember his grandmother, whom he called Panchita, in a family story that begins in 1981. That's when he was elevated to bishop in the church. The occasion called for a reception — so Ramirez called his grandmother.

"She was one of these women who lived out in the ranches, who would grab a rattlesnake by the tail and snap its head off," he says. "She was strong. And she raised this big family."

The reception was to take place in San Antonio, Texas, about 200 miles from Panchita's home in Houston. So the 90-year-old woman took the bus, alone, to be with her grandson.

Ramirez says a few days before the party he asked Panchita, "'What have you been doing lately?'

Ramirez then asked his grandmother if that meant what it seemed: that she'd been having a good time at funerals.

"'Oh yes," Ramirez recalls his grandmother answering. "Yes, we drink coffee, we tell stories, we meet old friends — it's wonderful. We have a great time.' "

"I said, 'Grandma, how can you have a good time when somebody dies?'

"She looked at me, straight into my eyes. And she was serious, almost scolding me. And she said, 'Son, haven't you learned yet, that it is a privilege to die?'

"In all my years of study, in theology and listening to sermons, I had never quite heard it that way."

"She was in the hospital, recovering from a heart attack, but we knew she probably wouldn't make it, at her age," Ramirez says. "And she kept repeating, like a mantra, 'Solo quiero ver a Dios' — I just want to see the face of God.'

"That was the last thing I ever heard her say. And then she died two days later."

Ramirez performed for the first time as a bishop at the funeral. And he still recalls how she met what she had called a "privilege."

Ramirez is the bishop of the Diocese of Las Cruces, New Mexico. He visited StoryCorps in Mesilla, N.M.