Accessibility links
Business Owners Mixed On Health Care Ruling The Supreme Court's ruling upholding the federal health care law was met with a variety of reactions from business groups and owners. Some said the decision would help them grow, but others said the ruling would make them more hesitant to hire. 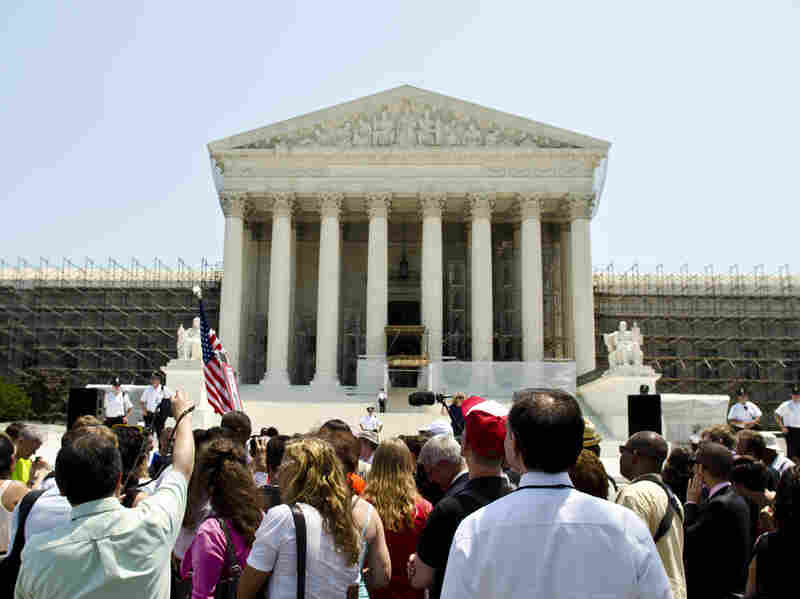 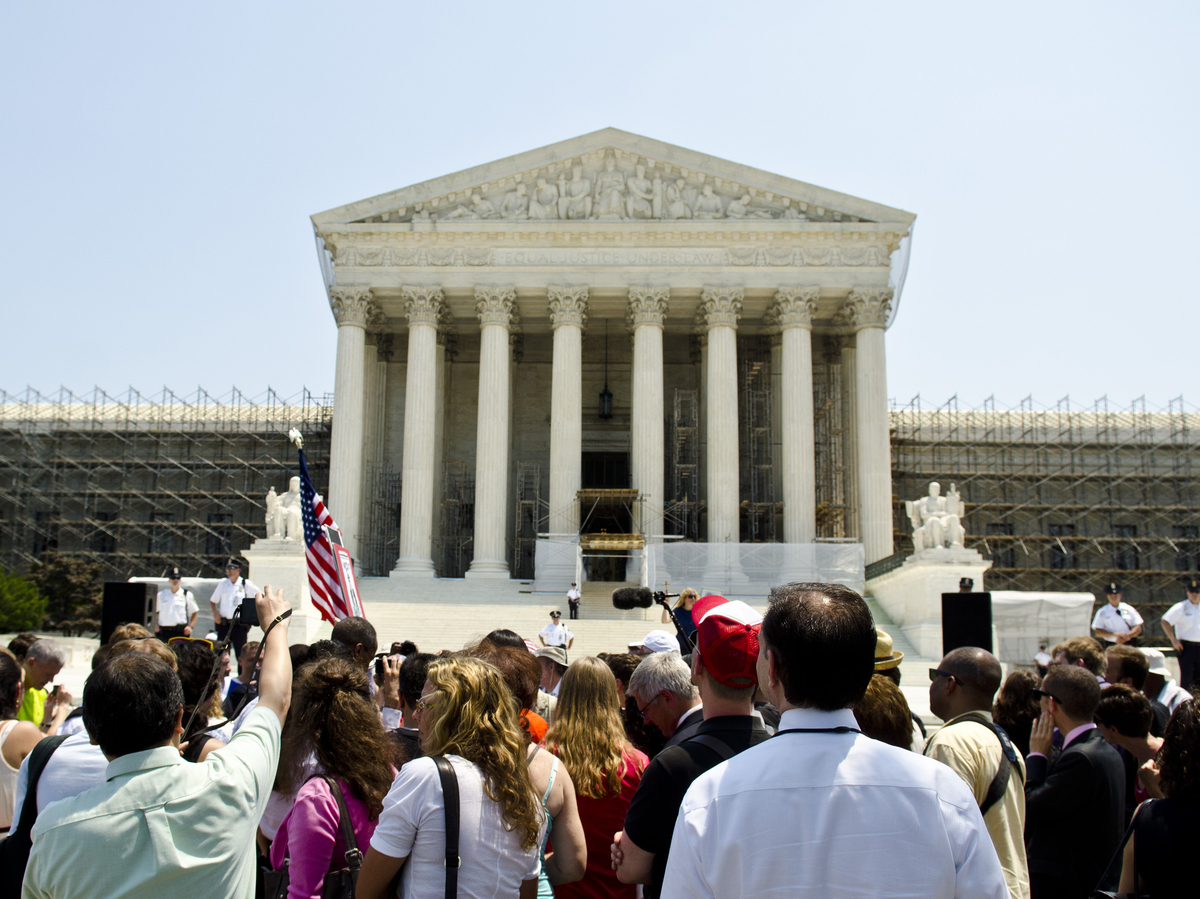 Protesters stand outside the U.S. Supreme Court on Thursday. The court's ruling upholding the federal health care law is expected to have wide-reaching implications for businesses.

Depending on whom you ask, the Supreme Court's decision to uphold the federal health care law will either help businesses grow or it will make them more hesitant to hire.

Thursday's decision to uphold the law, including the provision requiring individuals to buy insurance, has some far-reaching implications in the business world.

Dan Danner, CEO of the National Federation of Independent Business, a business lobby that helped bankroll the suit seeking to strike down the law, said the 5-4 decision was unambiguously bad for business.

"Obviously, we're incredibly disappointed in the outcome," Danner said. He vowed to continue pushing for the health care law's repeal and for "reforms that help small business and lower their cost."

It's really going to slow down how much I wish to grow.

The law will give some small businesses tax incentives to pay for employee health care. Starting in 2014, those with 50 or more employees will be required to provide it or pay a fine.

That requirement is bad news for businesses like Perfect Printing in Moorestown, N.J. The company's president and CEO, Joe Olivo, says he now has 48 employees, for whom he pays some health care coverage.

But he's intensely aware of crossing that 50-person threshold and will think very hard before hiring more people so he can avoid hitting government requirements that he says will raise his health care costs.

"It's really going to slow down how much I wish to grow," Olivo said.

In Delafield, Wis., small-business owner James Stoffer had a very different reaction to the court's decision.

"I jumped up and down and hollered and acted like I was 10 years old," he said.

Stoffer owns Wholly Cow Frozen Custard, a frozen custard restaurant that's open during the warm months. His main concern is paying for health care for himself and his wife. Stoffer, who happens to be a former health insurance agent, said he believes the law will help keep his premiums down in the long term and allow him to devote more of his personal resources to the business.

"I might even grow it to the point where we have more than one business and where we might take it to year-round status," added Stoffer, who says it's now possible to expand his restaurant's dining room and menu and to hire adults instead of teenagers.

Before Thursday's decision, Stoffer worried that he and his wife might at any point be rejected by insurers. "You're basically standing on the sidelines watching everybody else get guaranteed-issue health care, and I've always felt like a second-class citizen because of that," he said. "But now I'm going to join the rest of the community."

More On The Health Care Ruling

Interactive: Inside The Health Care Ruling

There was a mixed reaction in the stock markets. Insurers like WellPoint and Aetna, which will see big changes in their business models, saw their stocks decline. But it was a good day for hospital operators, including HCA and Community Health Systems, which will spend less caring for uninsured patients.

But for many large companies already providing health insurance to employees, Thursday was a ho-hum kind of day. There's a sense of relief now that the legal issues about the health care law have been settled, says Bill Kramer, who directs health policy for the Pacific Business Group on Health, which represents 60 large corporate employers.

Now, Kramer says, what the business community needs is regulatory clarity to make sure companies can comply with the law.