Accessibility links
Court's Recent Rulings Shake Up Partisan Narrative Supreme Court decisions have tended to fall along partisan lines in recent years. But neither the Arizona immigration ruling nor the decision upholding the federal health care law followed the typical divide. Many observers say it will help the court's standing to appear above politics. 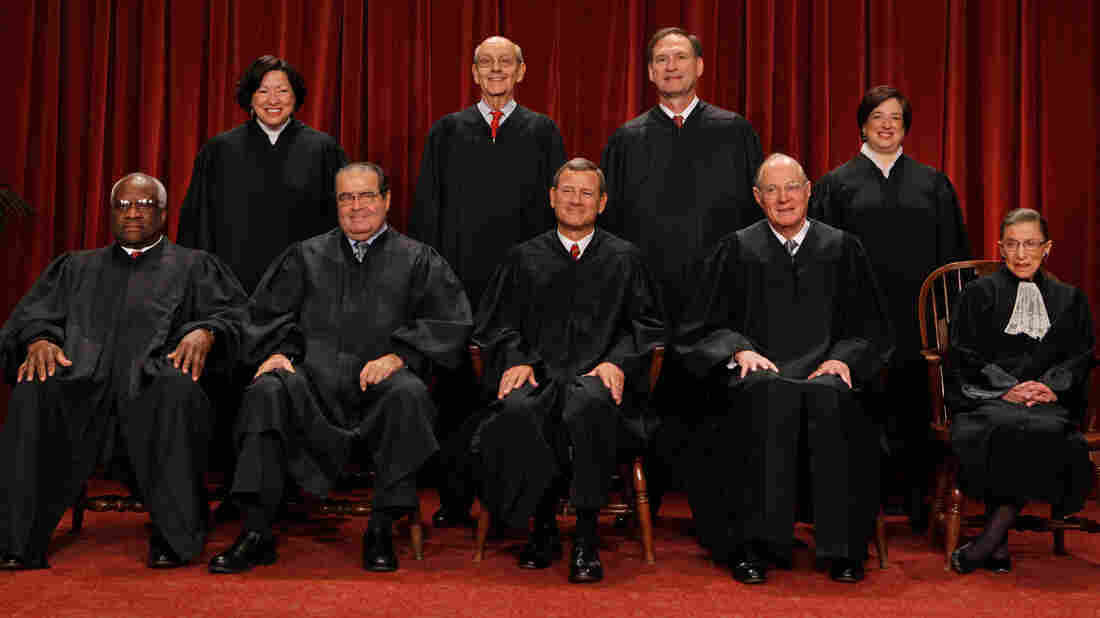 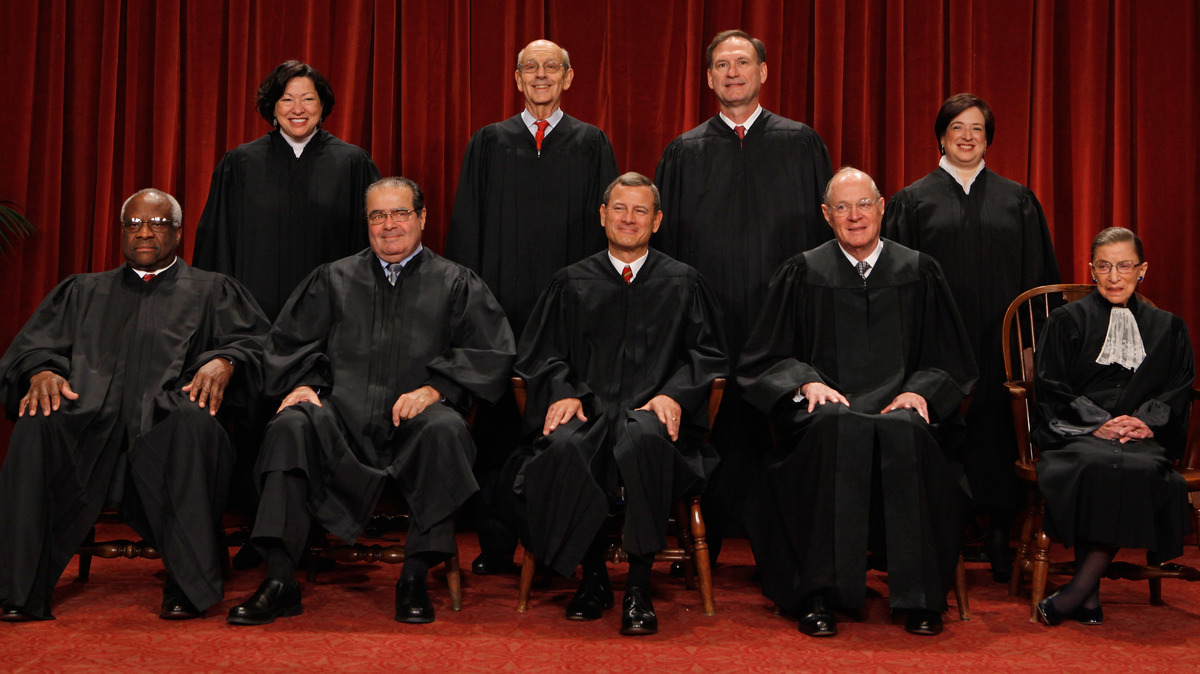 It's a bit less likely now than a week ago that you'll hear people accuse the Supreme Court of being politicized.

That's because this week, the court ended its session with two controversial decisions — neither one of which was decided on the usual and predictable split between the five justices appointed by Republican presidents and the four appointed by Democrats.

But that doesn't make the court any less of a political animal.

Complaints about "activist courts" are common — and that phrase is easy to define, says Jeffrey Segal, a Stony Brook University professor. "Activism is a decision that people don't like."

A partisan court is a little different.

"Political polarization means that, by and large, the center is disappearing," Segal says.

There was a time when justices appointed by Democrats and Republicans intermingled in their judicial decisions. Ideological lines were murkier, and it was harder to predict who would fall where in a split decision. The last two justices who retired, David Souter and John Paul Stevens, were both Republican appointees who usually voted with the court's liberals.

Since they left, the court has settled into a partisan pattern of 5 to 4.

That was troubling to Chief Justice John Roberts. When he took office in 2005, he said it was bad for the court and bad for the country when the justices issue high-profile decisions on 5-4 partisan grounds.

"He thought that it would just be a very serious loss if the court's legitimacy and trust by people who disagree with its decision were abandoned," says Jeffrey Rosen, a law professor at George Washington University. "It shows how seriously he takes the specter of polarization and how much he wants to avoid it."

Nonetheless, in more recent years, there have been several high-profile cases that split along the standard political divide — most notably the Citizens United decision striking down the nation's campaign finance laws and opening the floodgates to corporate money in elections.

That's what makes this week so notable.

"In the two biggest decisions this week," says Kannon Shanmugam, an attorney who clerked for Justice Antonin Scalia, "there were majorities of the Supreme Court that consisted of both Democratic and Republican appointees. And so I think that it is grossly oversimplistic to say that all of the Republican appointees vote in one direction and all of the Democratic appointees vote in another."

In the ruling on Arizona's immigration law, Roberts and Justice Anthony Kennedy joined three of the more liberal justices to strike down parts of the law. In the health care ruling Thursday, the chief justice created a five-vote majority to uphold the law by crossing the aisle again. At the same time, two of the court's more liberal justices joined the conservative wing to limit the law's Medicaid expansion.

On Capitol Hill, Sen. Chuck Schumer, D-N.Y., sounded as surprised as he was pleased.

"This decision preserves not only the health care law, but also the Supreme Court's position as an institution above politics," he said.

That position is crucial to the court's standing, says Bert Brandenburg of Justice at Stake, a group that bills itself as preserving impartiality in the courts.

"There's another factor here, which is [that] over the last 10 years, there has really arisen something of an industry that profits from attacking the courts no matter what they do," Brandenburg says. "This is a combination of pundits and commenters, for whom it's ratings, and consultants, for whom you can raise money off a decision you don't like, and politicians, who harvest votes. So the courts are up against a lot."

All of that political pressure on the courts has taken a toll, says Karlyn Bowman of the American Enterprise Institute, who has studied public approval of the Supreme Court.

"In the year 2000, we were feeling pretty good about everything. The court was rated very highly," she says. "It's rated much less well on that hard measure of approval today."

In the late 1980s, the court's public approval rating was as high as 66 percent. A New York Times poll from earlier this month puts court approval at 44 percent, with three-quarters of respondents saying the justices decide cases based on their personal or political views.

Still, that rating is far better than that for Congress, which has seen its approval rating fall as low as single digits this year.