Accessibility links
Buried In Debt, Young People Find Dreams Elusive At 30, Michelle Holshue is already making more than her parents do. But she graduated with $140,000 in student loan debt just as the recession hit. Like many young adults, Holshue is worried she'll never be able to own a home or raise a family. 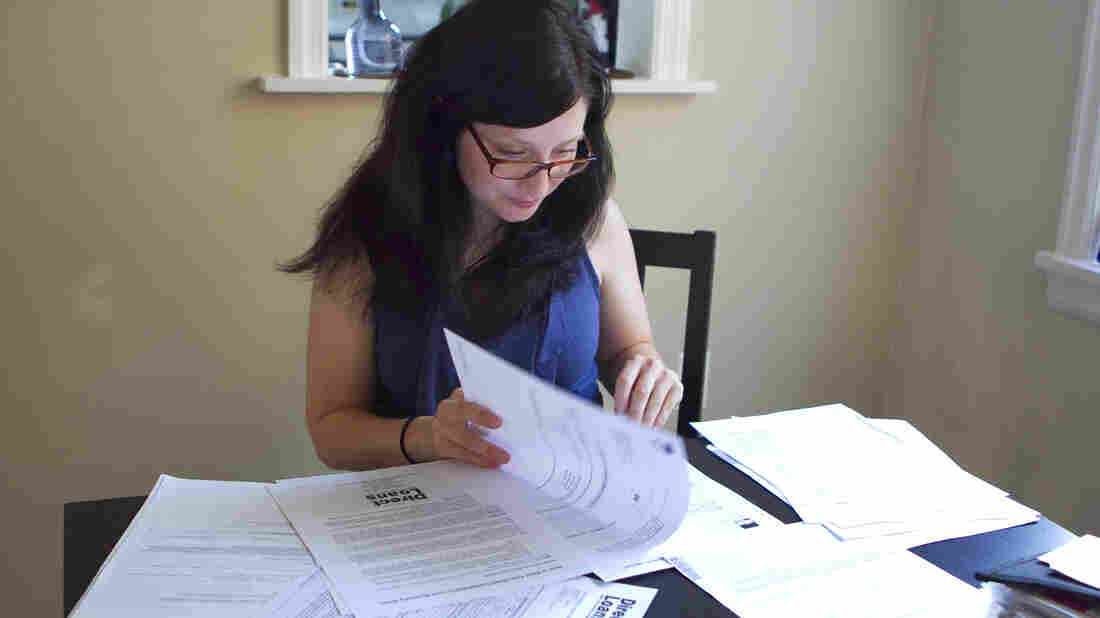 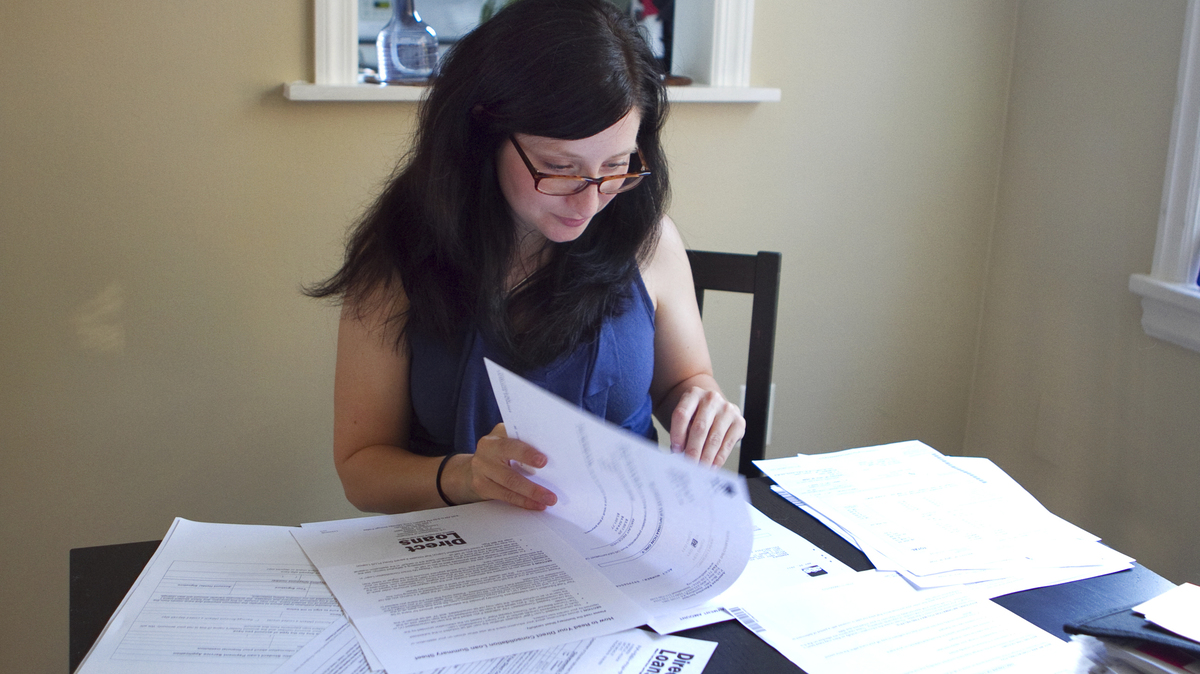 Michelle Holshue racked up $140,000 in student loan debt while training to become a public health nurse. She's living her dream of helping others, she says, but never expected it "to be so hard."

Growing up near Philadelphia, Michelle Holshue's dream was to serve those in need. Applying to nursing school at the University of Pennsylvania seemed like a smart move — in 2007.

Nursing jobs were plentiful. The students' running joke was that hospital executives would soon be stopping them in the street, begging them to come to work.

Then the economy tanked. For a time, Holshue was an Ivy League grad on unemployment and food stamps.

"But I made it work," Holshue recalls. "I learned to cook really well on a tight budget, which is a skill that's served me ever since."

Holshue has now found her footing. She's held several jobs and moved recently to take a one-year fellowship at a public health association in Washington, D.C. She now has her own apartment in Virginia, a one-hour commute from her job. 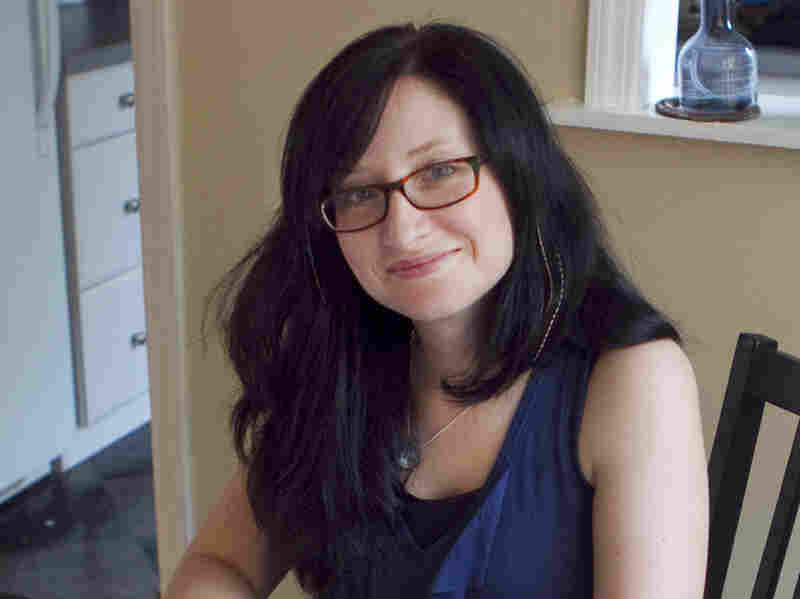 Holshue religiously clips coupons to keep her expenses down. Even so, she often has to put groceries on her credit card. Emily Bogle/NPR hide caption 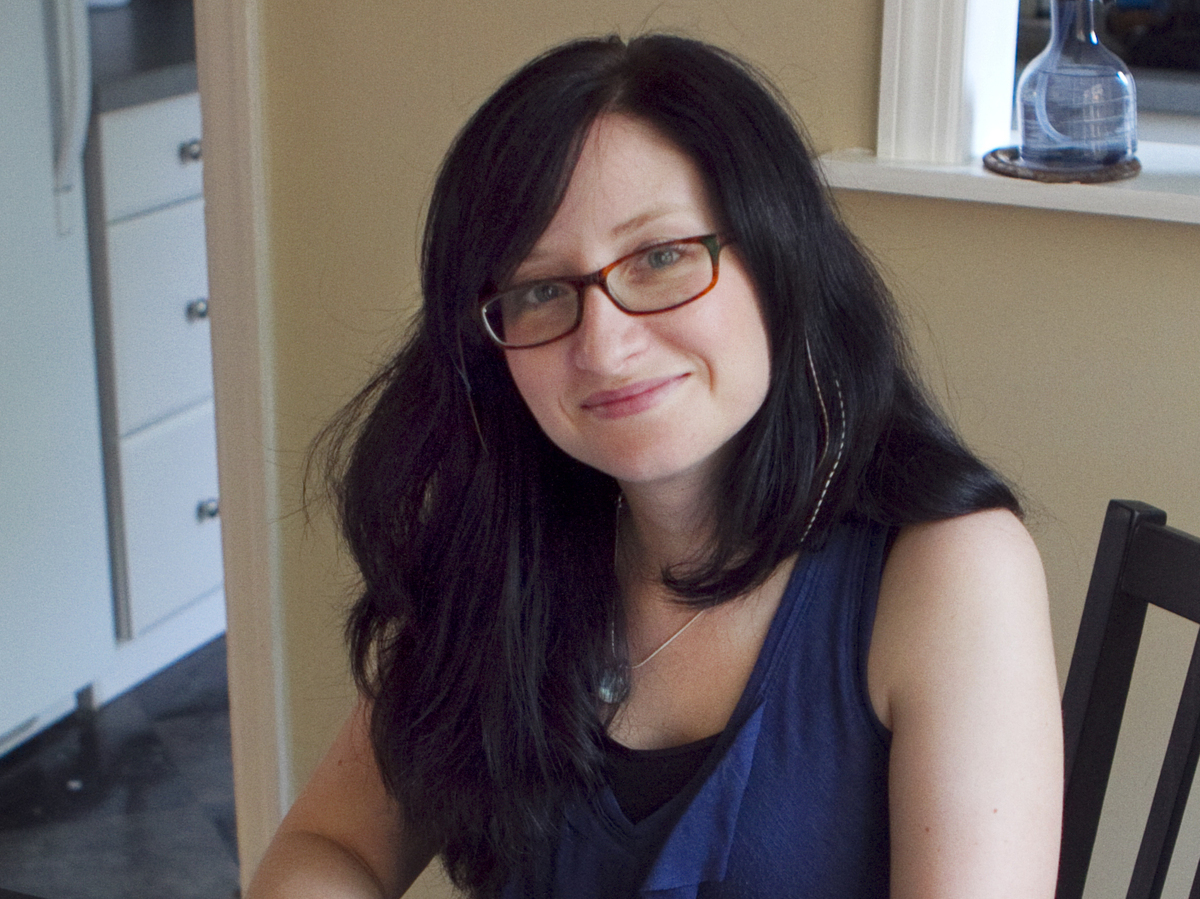 Holshue religiously clips coupons to keep her expenses down. Even so, she often has to put groceries on her credit card.

"My dad never finished high school," she says. "So in that sense, I am doing better than my parents did."

Holshue's father is a school bus driver, and her mother, a teacher. At this early stage in her career, Holshue is already making more money than her parents make after decades of working.

Even so, all her credentials came at a cost. Holshue's student loans for her bachelor's and nursing degrees total $140,000.

"I think at last count there was something like 20 different loans," she says, paging through a thick binder of loan statements.

Holshue says she's in debt more than her parents ever were when they bought their house. In fact, her monthly student loan payment of $1,100 is nearly as much as her rent.

"The first of the month, I might have $100 to live on for two weeks. Which doesn't even pay my transportation cost," Holshue says.

It 'Isn't Supposed To Be So Hard'

Holshue says she used to tease her father, calling him cheap for buying in bulk. Now, with a stack of coupons clipped to a refrigerator magnet and a closet full of toilet paper, she's following his example. Despite careful shopping, she says she often has to put food on a credit card.

But even though she's just scraping by, Holshue says she's still living her dream. "It's really hard," she says. "Living the dream isn't supposed to be so hard."

Cliff Zukin, a senior research fellow with the Heldrich Center for Workforce Development at Rutgers University, recently surveyed young adults who graduated from college between 2006 and 2011.

"Part of the American dream is that if you work hard, and you get an education and you apply yourself, you'll be successful," Zukin says.

But today, says Zukin, one-third of college graduates say that adage doesn't hold true for them.

Young adults do report being slightly more positive about their own financial success, relative to their parents, Zukin says. But even so, he says, it's troubling that more than of half of survey respondents say they "don't think they're going to be as successful as their parents were."

Kids And Homeownership Seem Out Of Reach

Holshue says she expects to be paying off her student loans until 2034 — when she'll be in her 50s. Like many who responded to the Rutgers survey, she does not see owning a home in the near future, if ever.

And much to her mother's consternation, Holshue doesn't see how she'll be able to afford children.

Still, she says she doesn't regret going to college, or her career choices.

"Even if I was a nurse working in a different specialty, I could definitely make a lot more money," Holshue says. "But because I wanted to help those who need the most help, I think I've made a lot of sacrifices."

And of course, she says, sacrifice is part of the American dream, too.