Accessibility links
Eugene Levy - Interview - Eugene Levy Stays Smart, Even In The Cheapest Gag Eugene Levy's career has ranged from the witty improv of such movies as Best in Show to the low comedy of American Pie and, most recently, Madea's Witness Protection. Levy talked to NPR's Scott Simon about his comedy origins and what unites his varied roles. 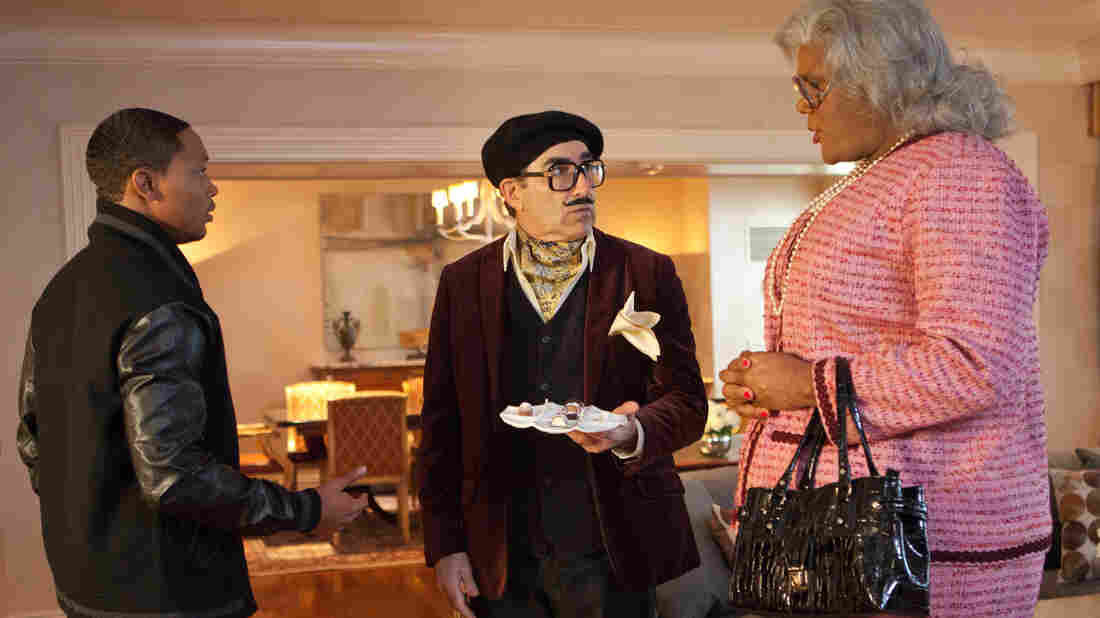 George Needleman is the chief bean counter of an investment bank who, in Madea's Witness Protection, is too consumed with family problems to realize he's being set up to take the fall for a Ponzi scheme. When he grasps what's going on, he's placed in witness protection — at Madea's house.

Tyler Perry, who wrote and directed the movie, plays Madea, as well as most other members of her family. Needleman, the latest fussy, funny, bushy-eyebrowed, precise and put-upon man, is portrayed by Eugene Levy. 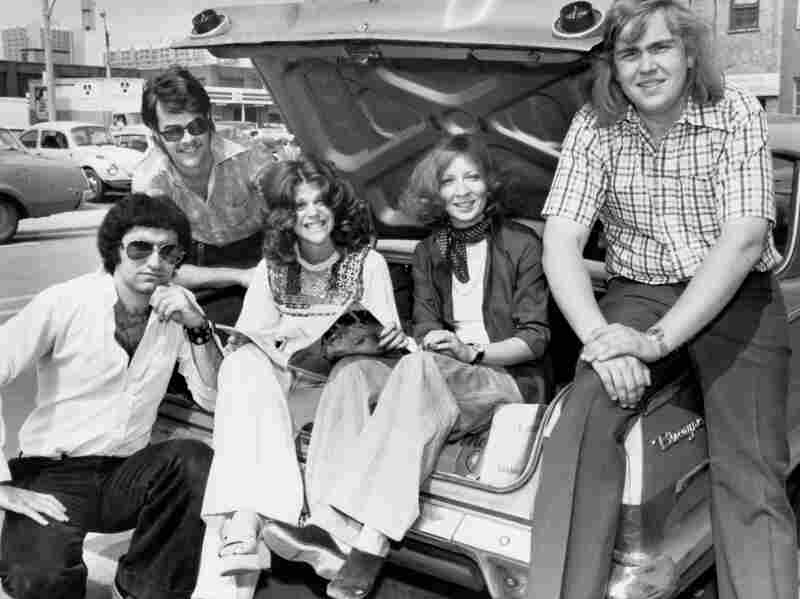 Levy (left) with some of the noted comedians that were part of Second City in Toronto: (from left, after Levy) Dan Aykroyd, Gilda Radner, Rosemary Radcliffe and John Candy. Photofest hide caption 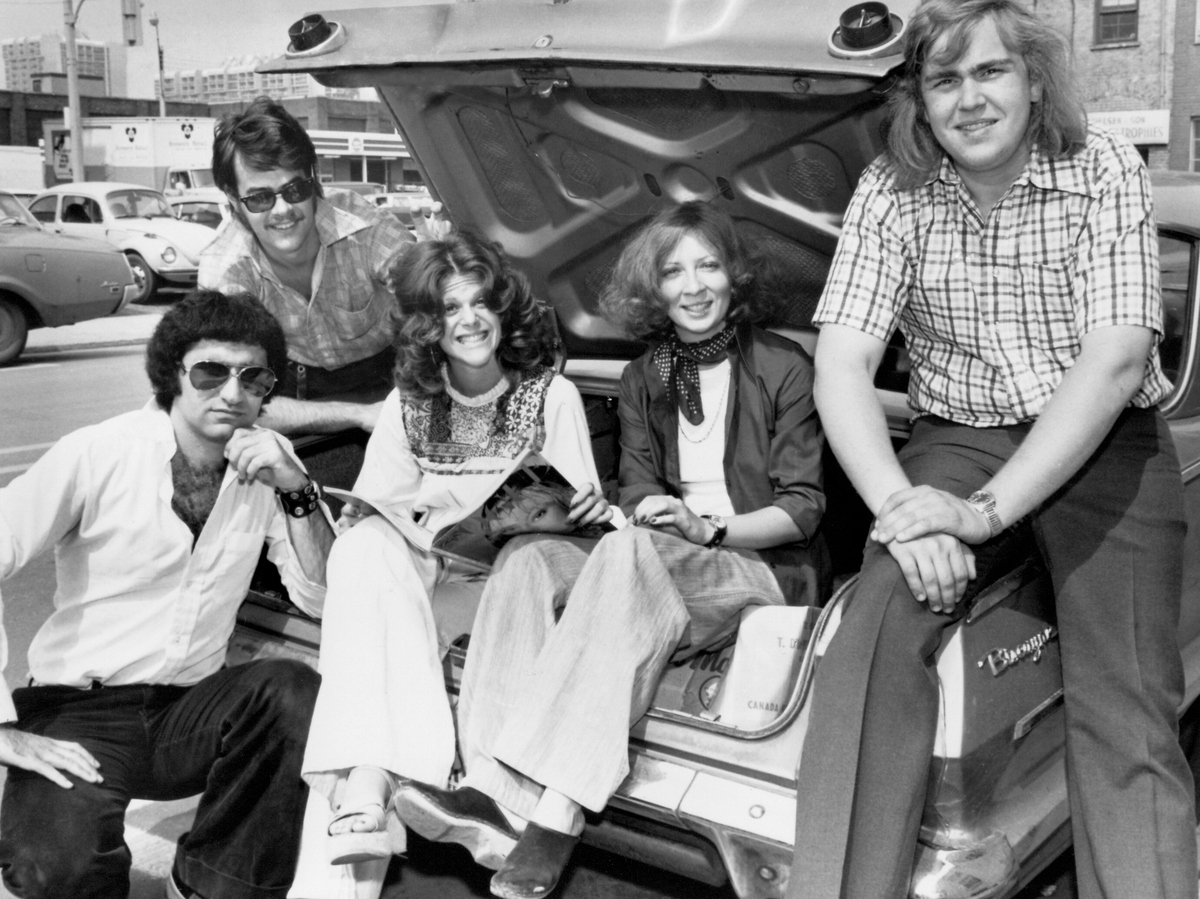 Levy (left) with some of the noted comedians that were part of Second City in Toronto: (from left, after Levy) Dan Aykroyd, Gilda Radner, Rosemary Radcliffe and John Candy.

Levy has been acclaimed for his wild improvisational work over the years at The Second City comedy theater and in films including A Mighty Wind, Best in Show and the American Pie movies. He talked to Weekend Edition's Scott Simon, who saw Levy perform in 1974 when Levy and other members of Second City's Canadian chapter — including Catherine O'Hara, Dan Aykroyd and John Candy — traveled for an improv show at the theater's original home in Chicago. It was, Simon says, "the greatest Second City cast I ever saw."

"We were used to doing a cheaper version of comedy up in Toronto than they were used to in Chicago," Levy tells Simon. "We kind of got the ABCs in how to move a scene along and make it work without getting cheap. We did that until we got back to Toronto — and then we got cheap again."

Cheap comedy, it is clear, is something that Levy still can't leave behind.

On working with Tyler Perry

"[Tyler Perry is] an amazing improviser, and he encourages improvising from all the cast in the movie. I didn't know that when I started shooting. I didn't want to change the lines, but I quickly learned that he wants you to open up in places and just go a little wild in an improvisational sense."

On discovering his comic talent

"In high school I took an old notebook and I had these weird little stories or poems. I would title something: 'Insect Asides.' And then I would write: 'Spider spider spin your web/clean your cleats and scratch your head/don't eat figs, tomatoes or spaghetti/just lie around and throw confetti.'

"So I would write these things in my little notebook, which I entitled 'Poetry Pros and Cons,' and at some point somebody in the cafeteria said, 'What are you writing in there?' He looked over to see it, and I got kind of defensive because I thought, 'Nobody is going to find this funny, this is just for me.' He said, 'No, let me see it,' and then he started laughing. And he said, 'I gotta show this to my friends over at the next table.' So he took the book and passed it around and people started laughing. And this became kind of infectious; it just got around.

"It got to the point where I ran for president of the student council. My poster would be like: 'It's a bird. It's a plane. It's Levy! No, it's a bird.' And that would [have] 'Vote for Levy' at the bottom. That would be a campaign poster. And I got elected!" 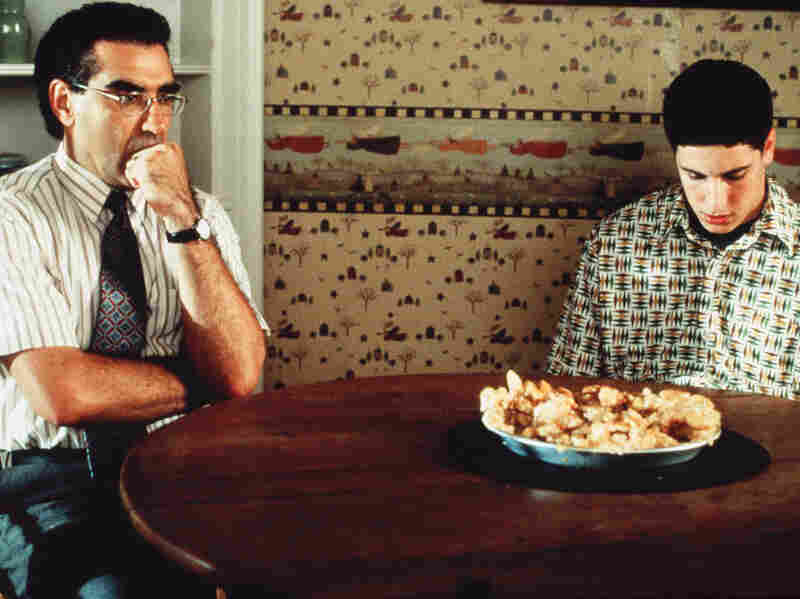 Eugene Levy with Jason Biggs and the now-infamous defaced pie in one of his most popular recurring roles as Jim's dad in American Pie. The Kobal Collection hide caption 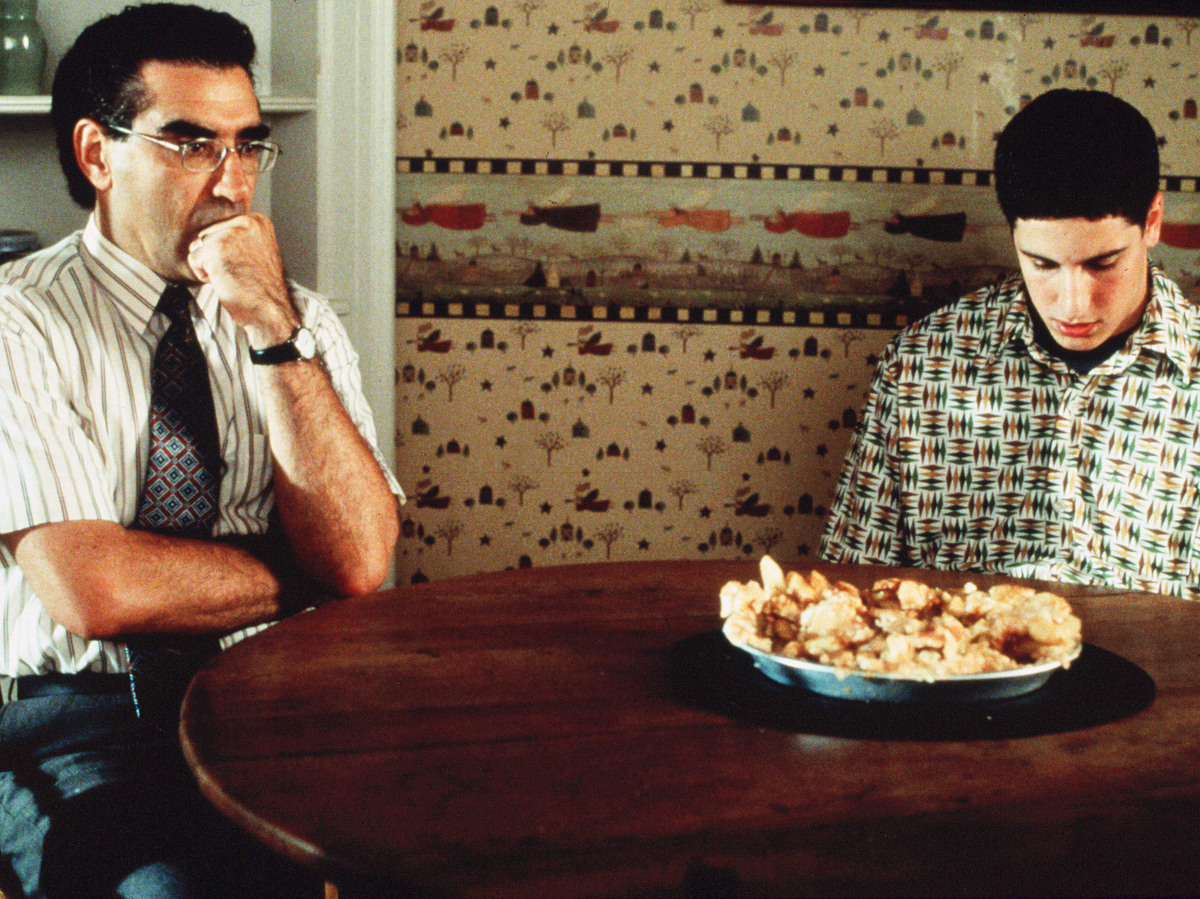 Eugene Levy with Jason Biggs and the now-infamous defaced pie in one of his most popular recurring roles as Jim's dad in American Pie.

"I loved the [Three] Stooges growing up. I loved Laurel and Hardy. I loved all the cheap stuff — Abbott and Costello, I was a huge fan of Jerry Lewis, Martin and Lewis — when I was a kid. I don't think I really got into anything more sophisticated until much later in my life. I mean, as a kid, if I was reading Noel Coward I wouldn't turn to somebody and say, 'You've got to read this! It's hysterical!'"

"Maybe it was the influence that Second City had on me that kind of honed my perception of comedy. You go into the theater and you're given these kind of golden rules of comedy that work for The Second City theater. Those are the rules that have kept this theater going in Chicago since 1959, and have kept it going in Toronto since 1973 doing eight shows a week, and [one rule] is: Always work at the top of your intelligence level. ... It doesn't matter how cheap a joke you're going for or how cheap a situation, if you're doing it smart, then it's quite valid and good.

"Believe me, I've done movies that are just the lowest of the low. I've done movies that are really done without a hell of a lot of intelligence going on. But for me, doing what I do in the movie, if I do it with as much intelligence as I can muster — I mean, cheap is cheap and funny is funny — but if I can make him credible in my own mind, then I'm making him credible to other people, and that's as good as I can do."

On what he's learned with age

"I don't really sit down and doodle funny things. I'm much more critical of myself now. I'll write something down and go, OK, what is that? That's garbage, put it away. Stop writing! Shut up!"