Accessibility links
Student Loan Deal Pales Against Other Education Cuts Congress passed a bill Friday to keep the interest rate on government-backed student loans from doubling. It's a victory for students, but other compromises by Congress could cost them a lot more in the long run. 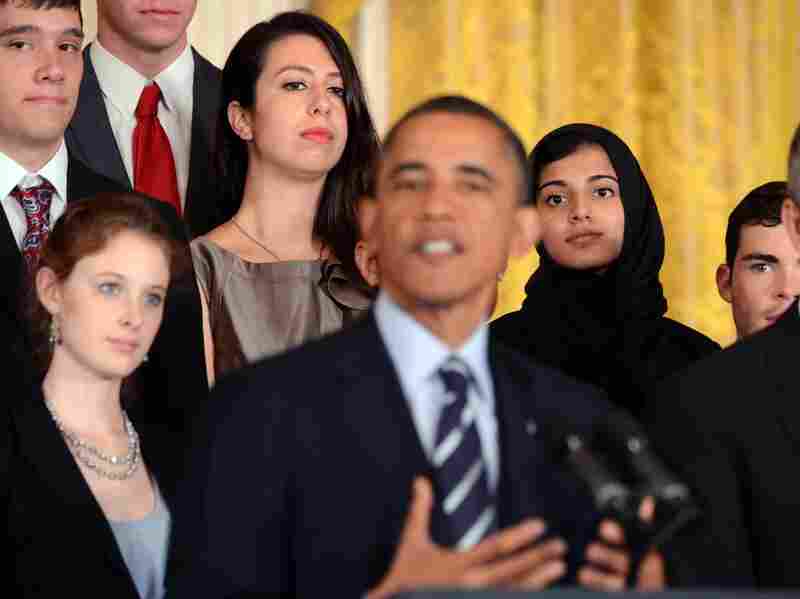 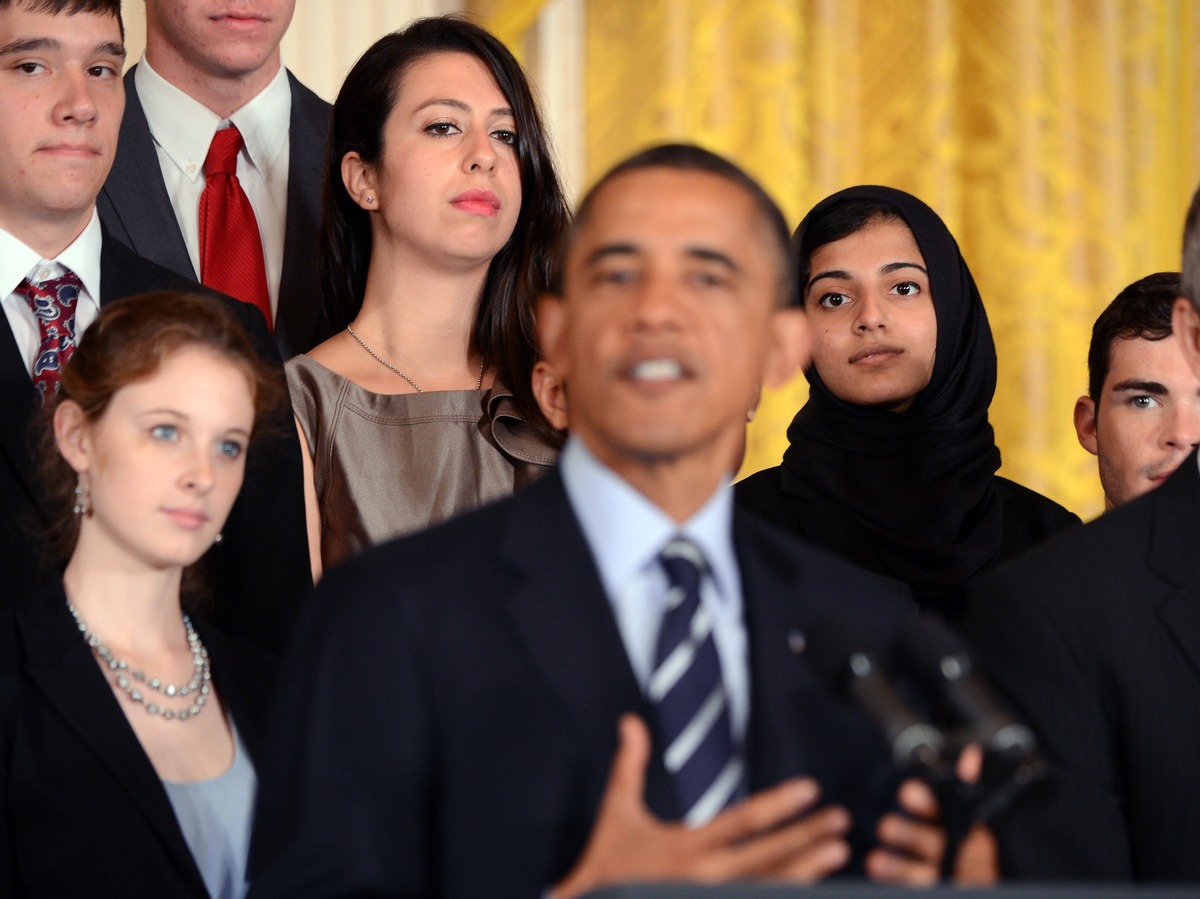 College students surrounded President Obama earlier this month when he called on Congress to stop student loan interest rates from doubling. Congress agreed on a deal to prevent the hike on Friday.

It came down to the wire, but finally, Republicans and Democrats agreed on a deal that keeps the interest rate on government-backed student loans from doubling. It will save the average borrower about $1,000 a year, but the compromise is likely to cost students a lot more than that over the long term.

The agreement that lawmakers passed Friday will keep interest rates at 3.4 percent for another year. Anthony DeLaRosa, a 23-year-old University of Colorado graduate, says it's a big victory.

"I think the reason that students should support this, first and foremost, is the fact that the 3.4-percent interest rate is being extended," he says, "something that students pushed [for] very, very hard over the last several months."

DeLaRosa works for the U.S. Student Association, a lobbying group. He says 7.4 million students who rely on subsidized Stafford loans can now breathe easier. But some say it's a small victory, given the other things Congress has done.

Not All Good News For Students

"In the last year, Congress has actually trimmed tens of billions of dollars in student aid," says Joel Packer, executive director of the Committee for Education Funding.

Packer says lawmakers — Republicans and Democrats alike — have actually made it more costly for students to borrow, and those costs dwarf whatever savings students can expect from lower interest rates.

For example, graduate students will now have to pay the interest on their loans while they're still in school. All students will have to start paying back the money they borrowed immediately after graduation — the six-month grace period during which the government paid the interest is gone.

"That's disappointing because Congress shouldn't pay for one education program by cutting another — in this case it's actually cutting the same one," Packer says.

That's not all, he says. Lawmakers have limited the number of semesters needy students can receive a Pell Grant and made it harder to qualify for the maximum award.

"So they've made a whole variety of changes. Overall, about $4.6 billion came out of students' pockets to pay off the federal deficit," Packer says.

The total cost to students, according to some estimates, is $18 billion to $20 billion extra over the next 10 years.

Chipping Away At Education Budget

This all began a year ago, during the pitched political debate over the federal budget, the deficit and what federal government programs to cut. The student loan program was clearly not exempt, says Getachew Kassa, legislative director for the U.S. Student Association.

"This was disheartening. When we started this campaign as a coalition of student advocates, we said that 'No way in hell are you going to take money from education,' " he says.

But that's what lawmakers did, says Kassa. So even with interest rates remaining low, he says, the bigger story here is that students appear to have lost more than they gained.

"In the past year, we've had deals where students have basically been robbed. I think the real question to ask is at what point is this going to stop?" he says. "Because sooner or later — you take a little bit here, a little bit there — you have nothing else to take away from."