Accessibility links
In 'Sponge Candy Crescent,' Addicts Hoard 'Heaven' During the long winter months on the eastern shore of Lake Erie, sponge candy is a mainstay. But the temperamental treat isn't available in hot weather, so to get their fix in the summer, fans have to plan in advance. 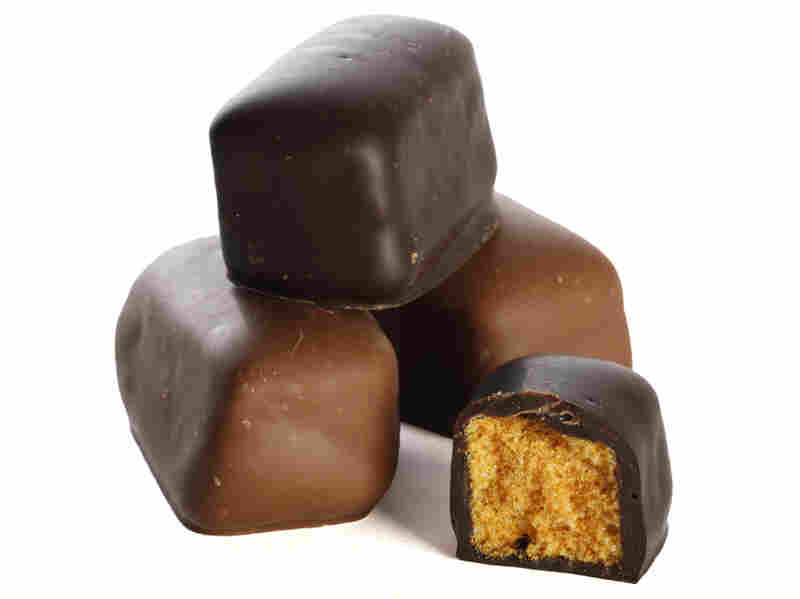 To get their summertime fix, sponge candy lovers on the shore of Lake Erie have to plan in advance. Melisa Goh/NPR hide caption 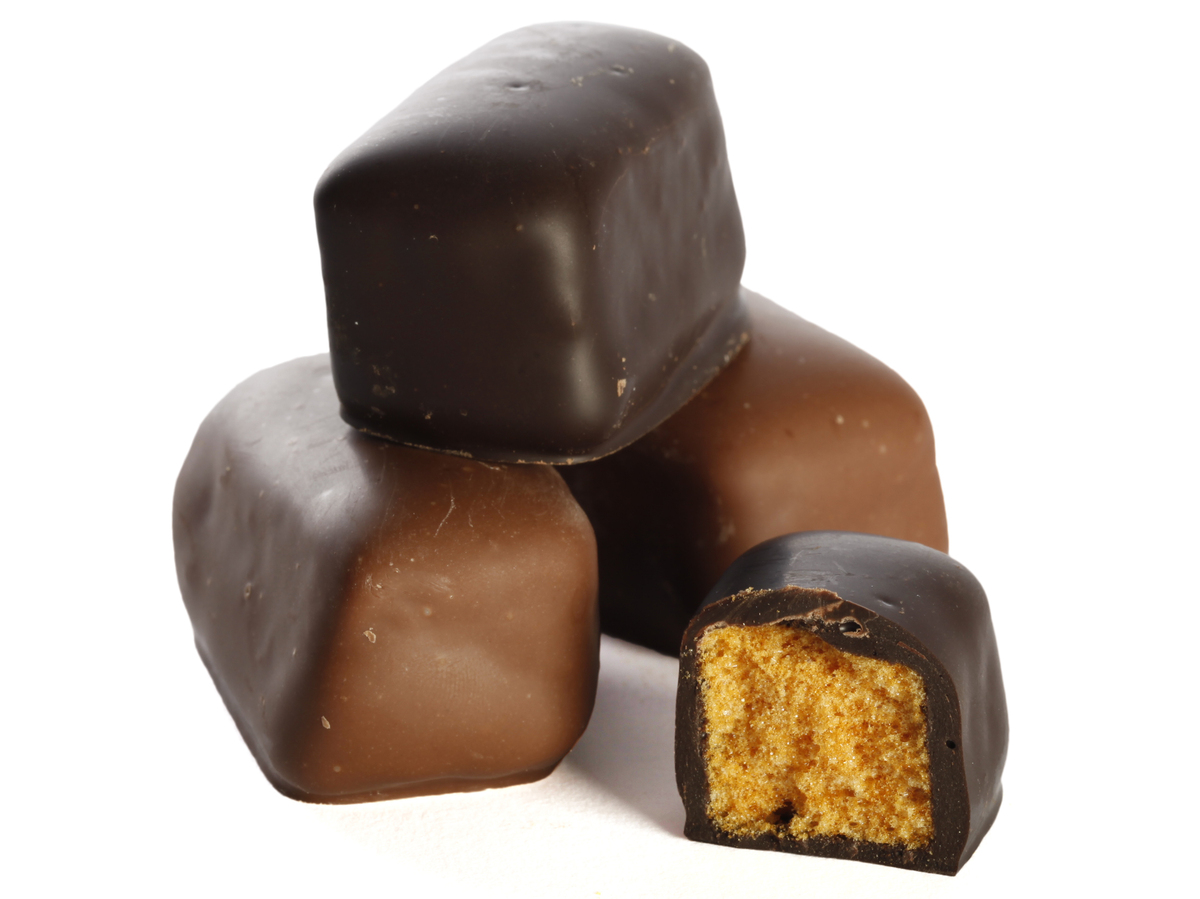 To get their summertime fix, sponge candy lovers on the shore of Lake Erie have to plan in advance.

The eastern shore of Lake Erie is known as the "Sponge Candy Crescent." During the region's long winter months, this crunchy, chocolatey candy is a mainstay — especially for large gatherings and holidays. But come hot weather, you can't get the temperamental treat.

Quiz: Which Americandy Are You?

Take our personality quiz and match your sweet side with one of our featured candies.

"It's crunchy, crispy in the center, melts very quickly in your mouth," she says. "It's got a little bit of a molasses flavor to it, even though that's not really an ingredient. It's just good."

But heat and humidity melt the outer layer of chocolate that coats each piece of flaky, yellow sponge. So production ceases in warm weather. Sponge candy addicts have to plan ahead.

A few months ago, customers formed a line out the door of Ko-Ed. All sponge candy was priced to move. Teri Campbell stocked up for summer.

"It's heaven — heavenly. As you can tell, my basket is full. I even freeze it. It comes out fine," she says.

The flavor of the sponge comes from boiling sugar and corn syrup in a copper kettle until slightly burnt. After adding gelatin and baking soda, the sponge is hard as a rock. 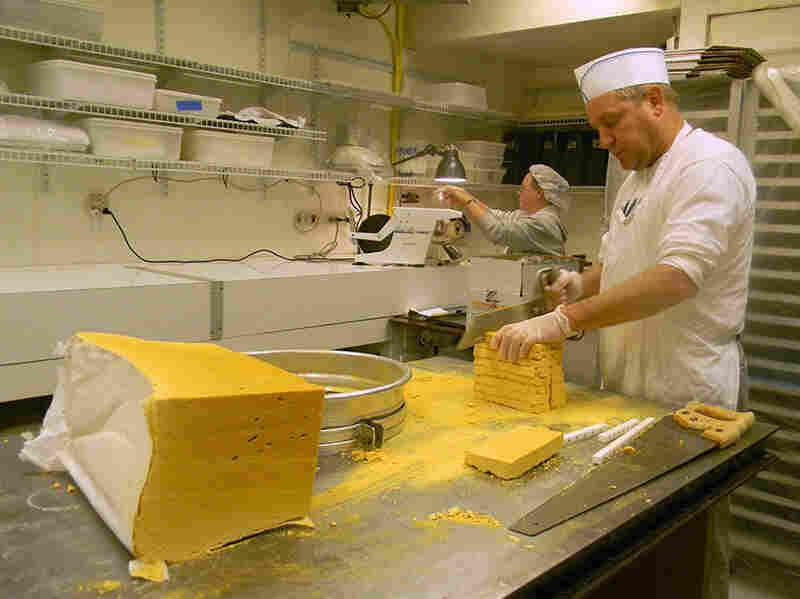 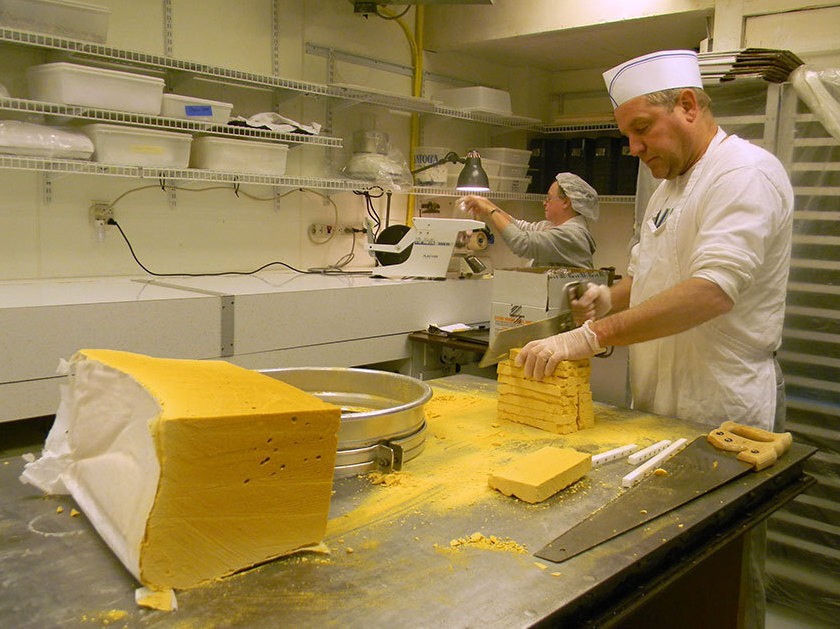 Candy maker Tim Leahy saws a block of sponge candy down to bite-size.

"You could use this for cutting wood, but it serves our purpose really well," he says.

Next, the sponge pieces ride a conveyor belt under a cascade of chocolate. They're carried into a tunnel of cool, dry air and emerge in front of Mary Lou Cyna. She seals the sensitive candy in airtight bags, but not without trying a few pieces first.

"We have to test for quality control. Make sure it tastes OK. We all do that," she says. "It's a good thing [the owner] doesn't weigh us when we'd leave, or we'd be in big trouble."

The business has been in co-owner Gary Whitt's family for more than 60 years, serving the same neighborhood families for generations. Still, he says, loyalty goes only so far.

"When we run out of sponge candy, they'll come to the door and say, 'No sponge candy?' And then they'll walk out of the door without anything," he says.

Whitt is trying to bring this regional treat to the masses. He sends hundreds of orders a year all over the country — mostly to locals who have moved away. But because of weather, Whitt refuses to ship sponge candy after Easter or before Halloween.