Accessibility links
The Natural Gas Boom: Doing More Harm Than Good? Some people are embracing the wave of increased natural gas extraction in the United States. Others, concerned about the risks, are saying no fracking way. A panel of experts weighs the pros and cons of a boom sparked by hydraulic fracturing in the latest Intelligence Squared U.S. debate. 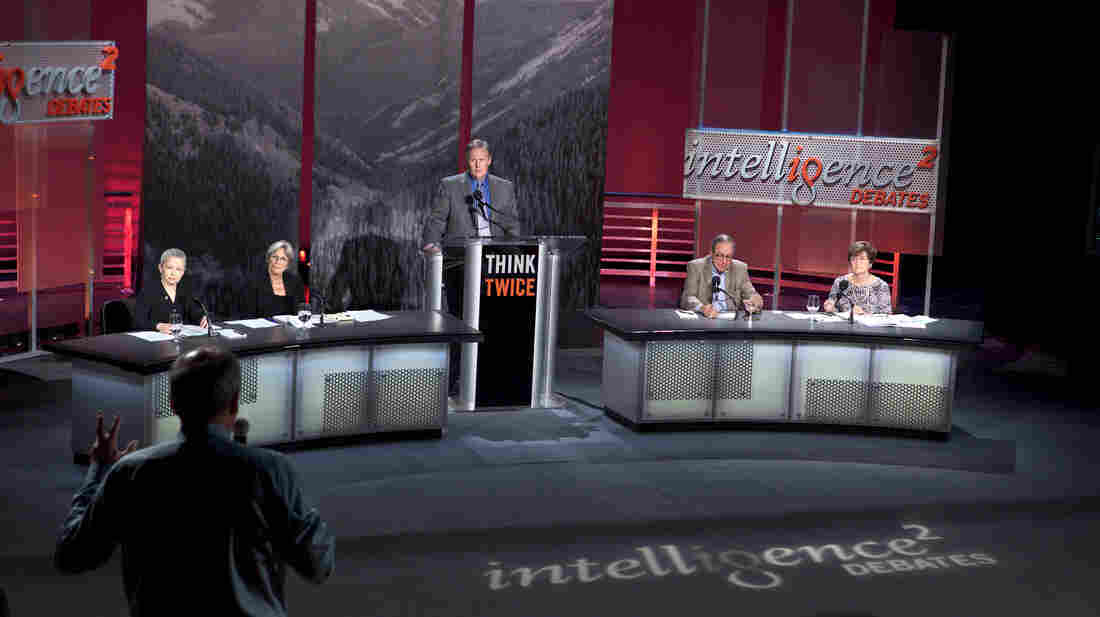 An expert panel debates the pros and cons of the natural gas boom during an Intelligence Squared U.S. debate at the Aspen Ideas Festival in Colorado. Michael Alvarez hide caption

The United States is in the midst of a natural gas boom — about 200,000 gas wells have been drilled in the past decade. The boom has been fueled by the use of hydraulic fracturing — or fracking — which involves pumping a mixture of water and chemicals into the ground to get access to the gas.

The rush to extract natural gas has helped the economy pick up in places like Pennsylvania, but it also has raised questions that scientists can't yet answer about potential health and environmental problems.

Some argue that the benefits of the natural gas boom outweigh the risks, but others say no fracking way. A group of experts took on that dispute in the latest Intelligence Squared U.S. debate, held at the Aspen Ideas Festival in Colorado. They faced off two against two in an Oxford-style debate on the motion: "The Natural Gas Boom Is Doing More Harm Than Good."

Before the debate, 38 percent of the audience supported that motion and 38 percent opposed it, with 24 percent undecided. Afterward, 53 percent agreed that "The Natural Gas Boom Is Doing More Harm Than Good" and 42 percent disagreed — making those arguing for the motion the winners. 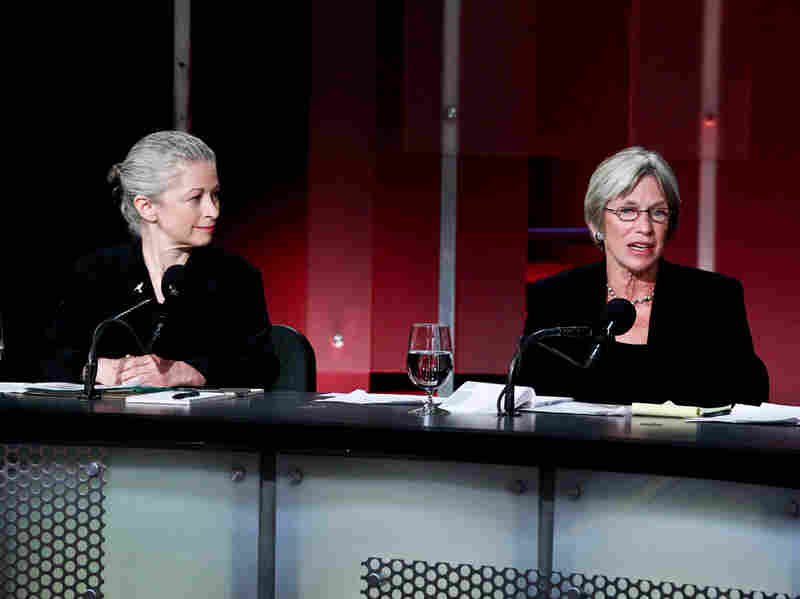 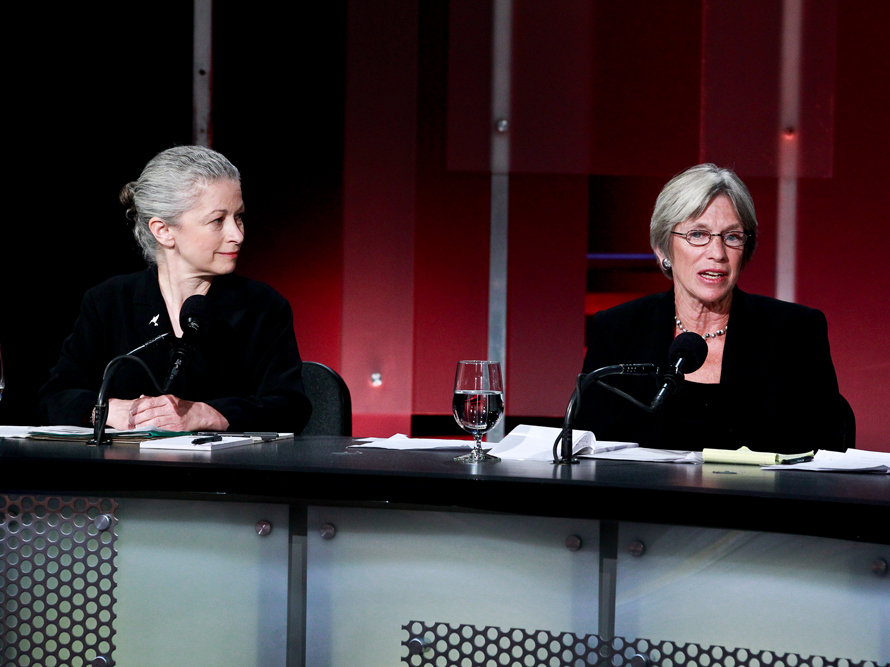 Deborah Goldberg (left) and Katherine Hudson argue in favor of the motion "The Natural Gas Boom Is Doing More Harm Than Good."

Deborah Goldberg is a managing attorney at Earthjustice, a nonprofit environmental law firm, where she focuses on legal advocacy and litigation related to global warming and environmental health. Originally established as the Sierra Club Legal Defense Fund, Earthjustice provides legal representation at no cost to more than 1,000 clients, ranging from large national groups, such as the Natural Resources Defense Council, to smaller community coalitions, such as Friends of the Everglades. Before joining Earthjustice, Goldberg was the Democracy Program director of the Brennan Center for Justice at New York University School of Law.

Katherine Hudson is the watershed program director at Riverkeeper, a member-supported watchdog organization that aims to defend the Hudson River and protect the drinking water supply of 9 million New York City and Hudson Valley residents. Hudson joined Riverkeeper after nearly 25 years spent in government. Hudson has been assistant attorney general in the office's Environmental Protection Bureau and has served in the New York State Department of Environmental Conservation, working in all program areas, including air quality, water quality, solid and hazardous waste, and mining. 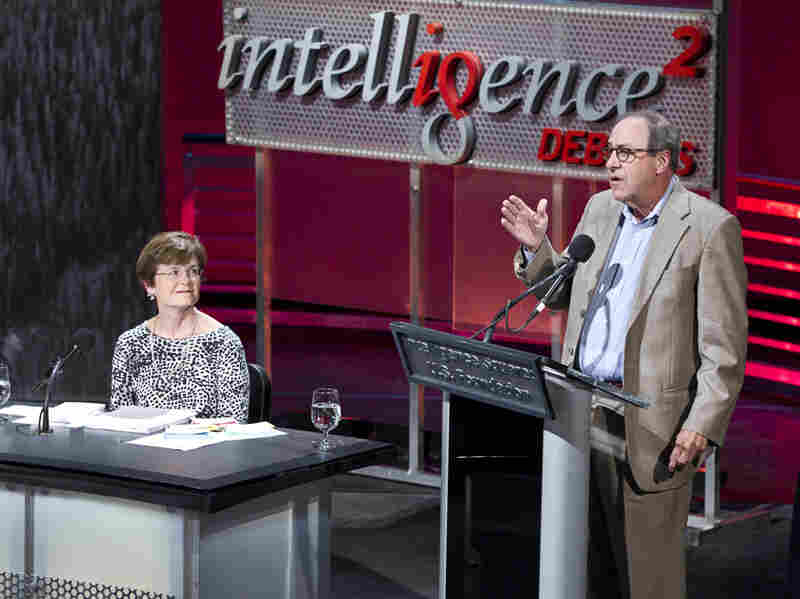 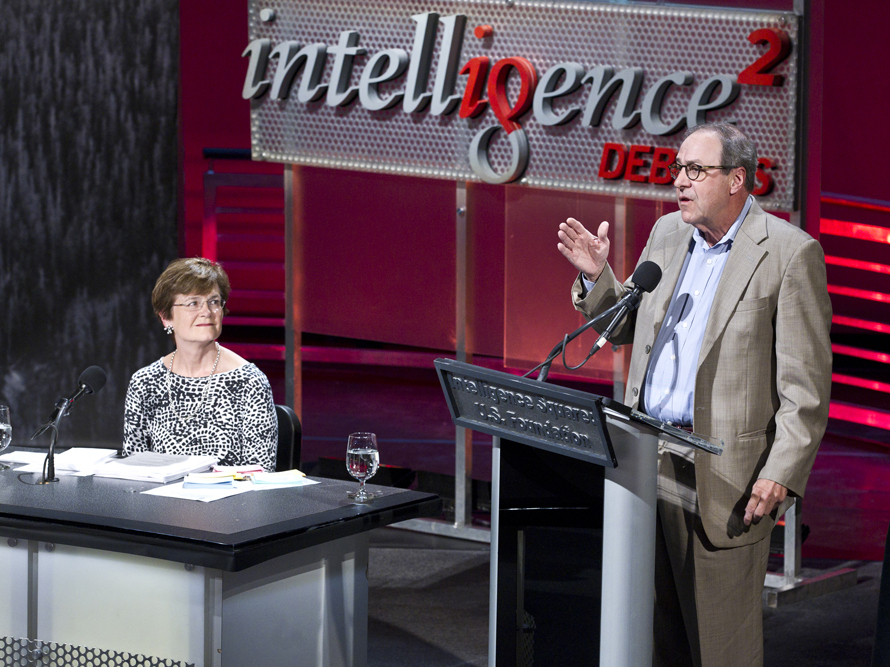 Joe Nocera argues that the benefits of the natural gas boom outweigh the problems as teammate Susan Tierney looks on.

Joe Nocera is an op-ed columnist for The New York Times. Before joining The Opinion Pages, he wrote the "Talking Business" column for The New York Times and was a staff writer for The New York Times Magazine. He also serves as a regular business commentator for NPR's Weekend Edition with Scott Simon. Before joining The Times, Nocera spent 10 years at Fortune magazine, where he held a variety of positions, including contributing writer, editor-at-large, executive editor and editorial director. His most recent book, co-written with Bethany McLean, is All The Devils Are Here: The Hidden History of the Financial Crisis.

Susan Tierney is a managing principal at Analysis Group, where she specializes in the electric and gas industries. She has consulted for companies, governments, nonprofits and other organizations on energy markets, economic and environmental regulation and strategy, and energy facility projects. A former assistant secretary for policy at the U.S. Department of Energy and state public utility commissioner, she is a member of the Bipartisan Policy Center's energy project and the Secretary of Energy's Advisory Board. She was appointed to the National Petroleum Council and serves as an ambassador for the U.S. Clean Energy Education & Empowerment program, an initiative of the Department of Energy and MIT.