Accessibility links
Treating HIV: From Impossible To Halfway There Today in Haiti there are thousands of modern-day Lazaruses — people who have been rescued from the final stages of AIDS with treatment. Many HIV-positive survivors there and around the world are receiving treatment thanks to President Bush's $15 billion emergency program, called PEPFAR. 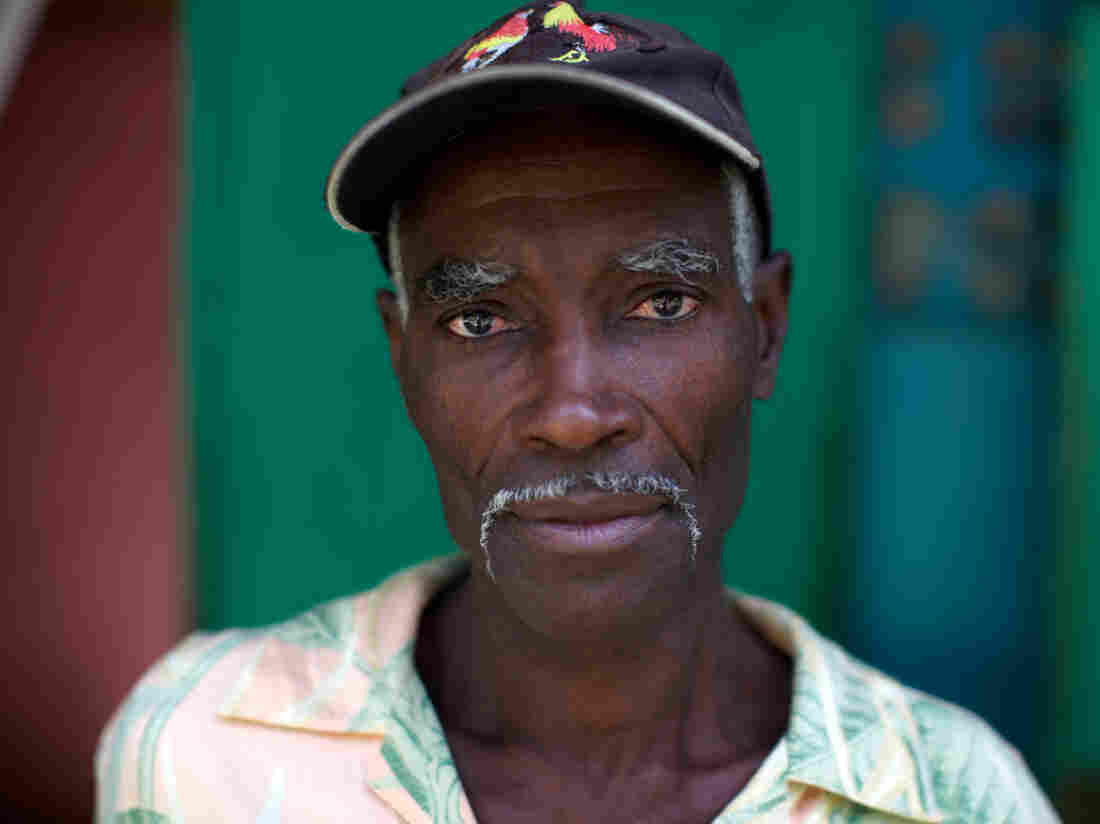 Francois St. Ker, 55, was on the brink of dying from AIDS in the spring of 2001. Today, he's a successful farmer and is in good health, thanks to treatment for his HIV. John Poole/NPR hide caption 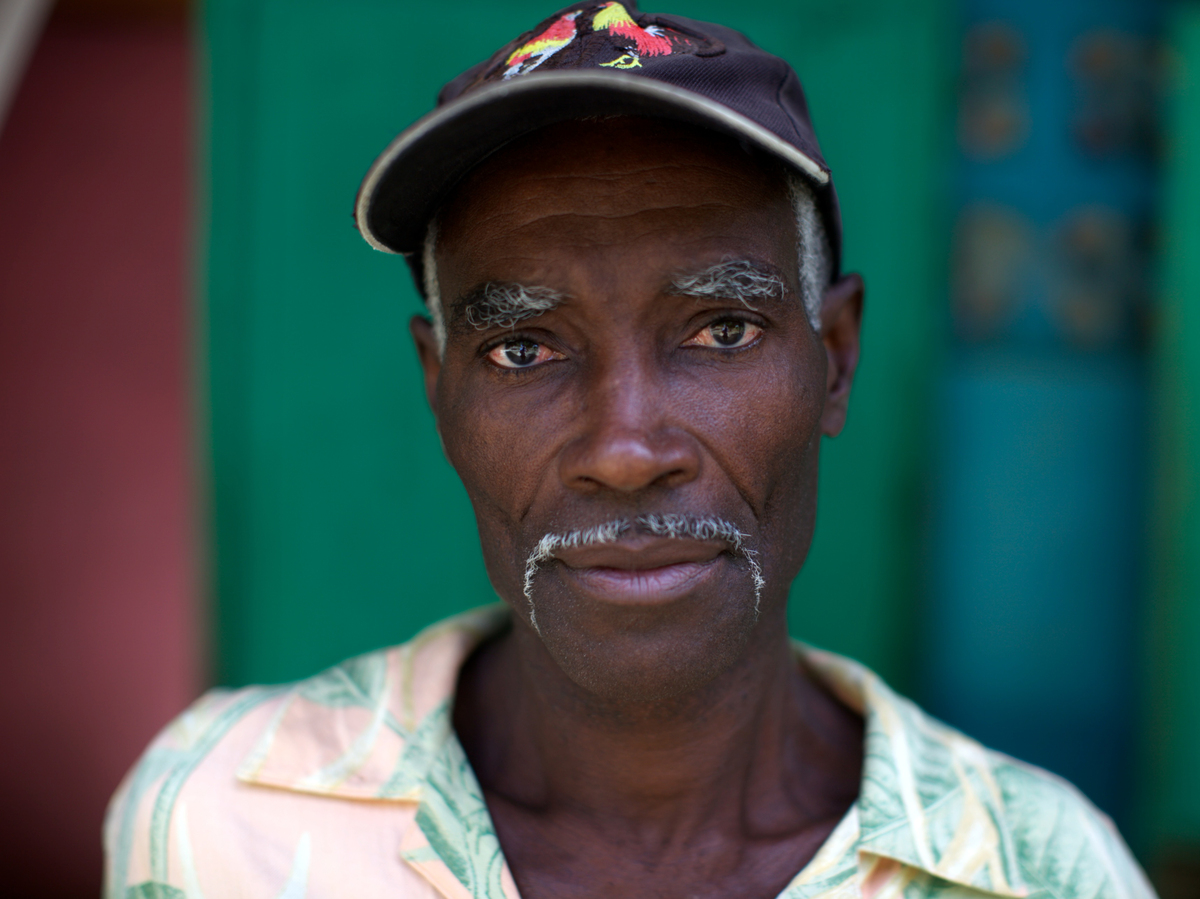 Francois St. Ker, 55, was on the brink of dying from AIDS in the spring of 2001. Today, he's a successful farmer and is in good health, thanks to treatment for his HIV.

This story begins 11 years ago. It was a time when many, if not most, experts said it was unthinkable to treat people with AIDS in developing countries using the triple-drug regimens that were routinely saving the lives of patients in wealthier countries.

"Many people in Africa have never seen a clock or a watch their entire lives," said Andrew Natsios, then head of the U.S. Agency for International Development, the nation's foreign aid agency, explaining to a congressional committee why patients in the countries hardest hit by AIDS couldn't be trusted to take their medication on time. "And if you say '1 o'clock in the afternoon,' they do not know what you are talking about."

But in fact, in places like Uganda and Haiti, some intrepid doctors were showing that the then-costly AIDS drug cocktails could save lives there, too. I met some of them.

The patient who most sticks in my memory is Francois St. Ker, a 44-year-old, 6-foot-tall man who barely weighed 100 pounds back in the spring of 2001. He was on the brink of death from AIDS when the American doctor Paul Farmer started treating him with new HIV drugs purloined somehow (don't ask) from the pharmacy of a Boston teaching hospital.

St. Ker was working as a welder in Port-au-Prince when he started wasting away from HIV infection. He came back to his home village of Cange, in Haiti's central highlands, to be buried there. 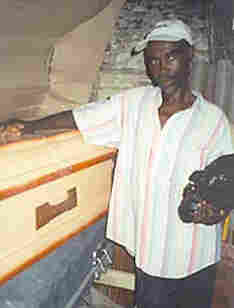 St. Ker, in 2001, with the coffin he picked out for himself and a plastic bag that contains his funeral clothes. With the help of medicine, he has fought off AIDS and sold the coffin. Richard Knox/NPR hide caption

When I met him, St. Ker was still frail but on the road back to health — a change in fortune that seemed to astonish him. He wanted to show me something in a dark shack behind his aunt's house. Inside he pulled back a cardboard covering to reveal a brightly painted beige-and-orange coffin.

"There are two coffins here," St. Ker said. "The one on top is for me. The one on the bottom is for my aunt." But neither would be needing it anytime soon.

I caught up with St. Ker recently. He's healthy and vigorous — a changed man.

"By the grace of God I am very well," he beams, and takes me on a tour of his well-kept, prosperous-looking farm, with its sugar cane and mango trees and dovecote.

"I do agriculture, I raise cattle. I have plantain. I have those chickens over there," he says. Clearly he has a lot of energy. "Yes, it requires a lot of work."

And over 11 years he's been totally faithful about taking his HIV medicine. "Every day! Every day! I manage myself," he says. "I need to see the future of my children. I am a miracle! I compare myself to a second Lazarus."

And that shiny coffin? "We sold the coffin, somebody else use it, not me."

In part because of stories like St. Ker's, word filtered back to policymakers that maybe treating AIDS in places like Haiti was not impossible. At one point, a small group of AIDS doctors from developing countries gathered in the Oval Office at the behest of President George W. Bush.

"The president wanted to hear firsthand from people on the ground that we could make it work," recalls Dr. Bill Pape, a Haitian doctor who was in the group. "And we were unanimous to say — and coming from different backgrounds, in different countries — it could work. And we guaranteed that it would work." 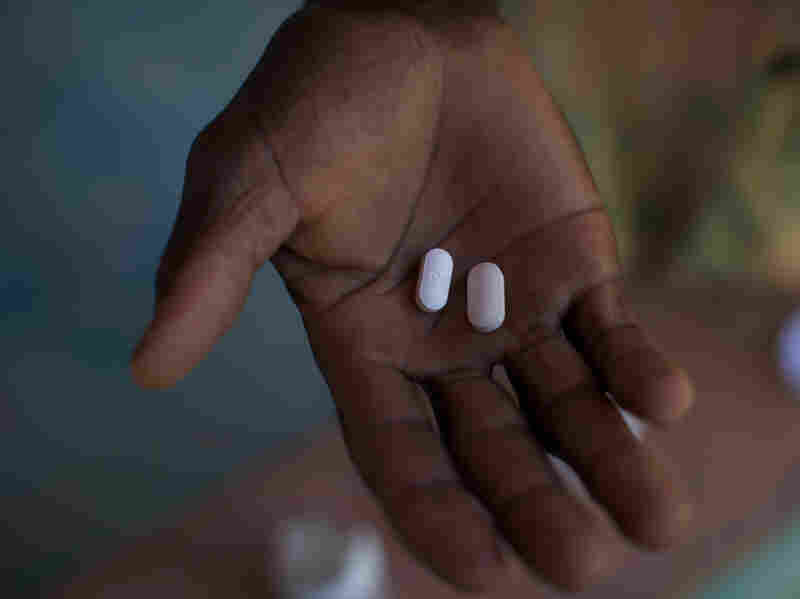 St. Ker says he has been faithful about taking his HIV medicine every day for the past 11 years. John Poole/NPR hide caption 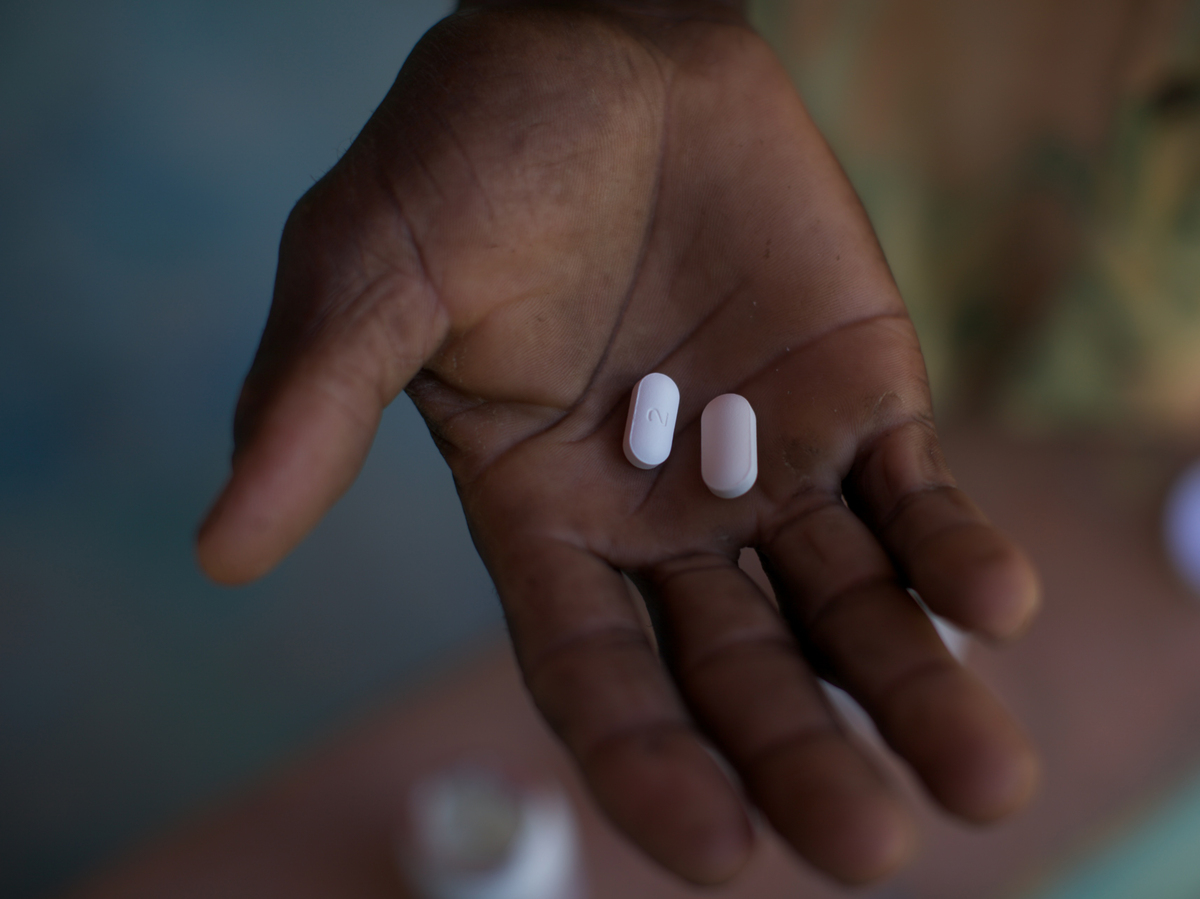 St. Ker says he has been faithful about taking his HIV medicine every day for the past 11 years.

In his 2003 State of the Union message, President Bush announced a $15 billion emergency program to treat and prevent AIDS in poor countries. It's called PEPFAR, the President's Emergency Program for AIDS Relief.

"There are whole countries in Africa where one-third of the adult population carries the [HIV] infection," the president told the assembled senators and House members. "Yet across that continent, only 50,000 AIDS victims — only 50,000 — are receiving the medicine they need."

PEPFAR changed everything. Around 7 million people around the world now take antiviral drugs that suppress HIV to undetectable blood levels. That's about half of those who need it, based on the state of their declining immune systems.

Today in Haiti there are thousands and thousands of modern-day Lazaruses. And fewer these days are getting to the final stages of AIDS that St. Ker reached before they're rescued by treatment.

In Port-au-Prince, Dr. Vanessa Rouzier shows me around the country's biggest AIDS clinic. "One reason it's so busy is that being infected with HIV has lost a lot of the terrifying social stigma the disease had when it was always fatal," she says.

She stops to greet a round-faced little boy named Faustin, who stares up with big eyes from his mother's lap. "This is one of my challenging patients who was very sick," Rouzier says. "He was at death's door."

Faustin got drug-resistant TB from his father, who's under treatment for HIV. The two diseases often go together. The little boy has had a rocky course.

"He wasn't walking, he wasn't talking when I started treating him two years ago," Rouzier says. "And now he's going to school."

Rouzier says that contrary to predictions, the outcomes of HIV treatment in Haiti are just as good as in the United States.

U.S. Funding Of HIV/AIDS Fight Overseas Carries Other Benefits May 15, 2012

And now Haiti is planning to do another once-unimaginable thing: start treating HIV patients early, before the virus has damaged their immune systems. That will not only preserve the long-term health of HIV-infected patients, but studies are showing that it can also cause new HIV infections to dwindle, because drug treatment prevents people from infecting others.

So treatment may also be prevention. Pape, who helped persuade Bush to fund global HIV treatment, says, "I think we would need to treat at least half of all the HIV-infected patients" in order to see Haiti's epidemic start to recede.

Haiti's not there yet. But Pape thinks it's within reach. Right now about 38,000 Haitians are getting HIV treatment. U.S. health officials based in Haiti think that can be doubled within the next two years.

And that would be just over half of all the Haitians now infected with HIV.