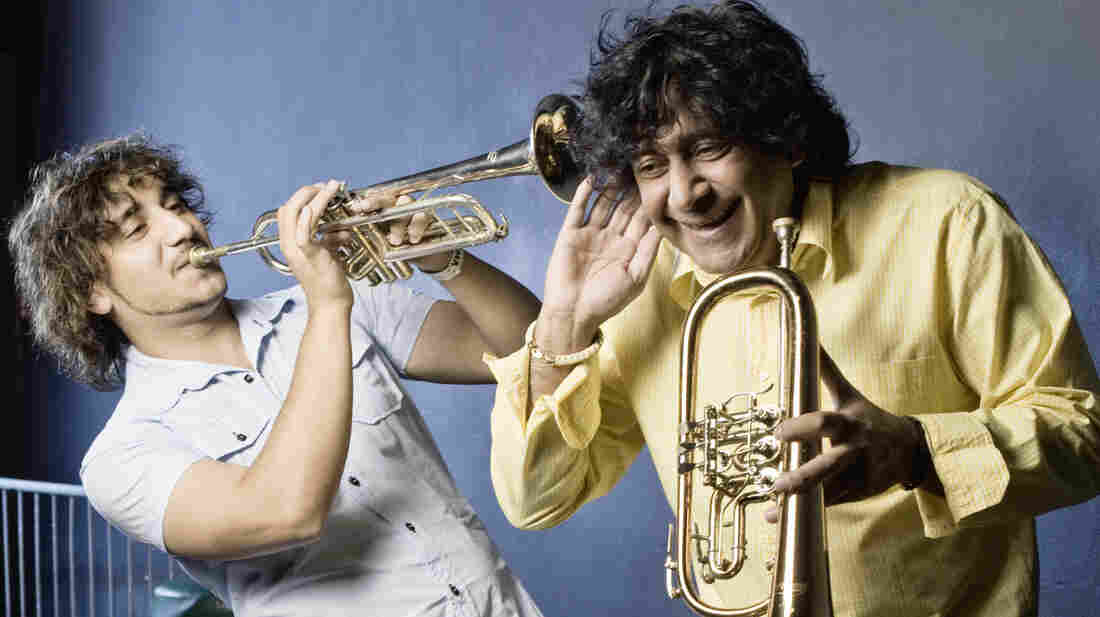 Boban and Marko Markovic are the father and son behind Serbia's Markovic Orkestar. Michael Mann/Courtesy of the artist hide caption 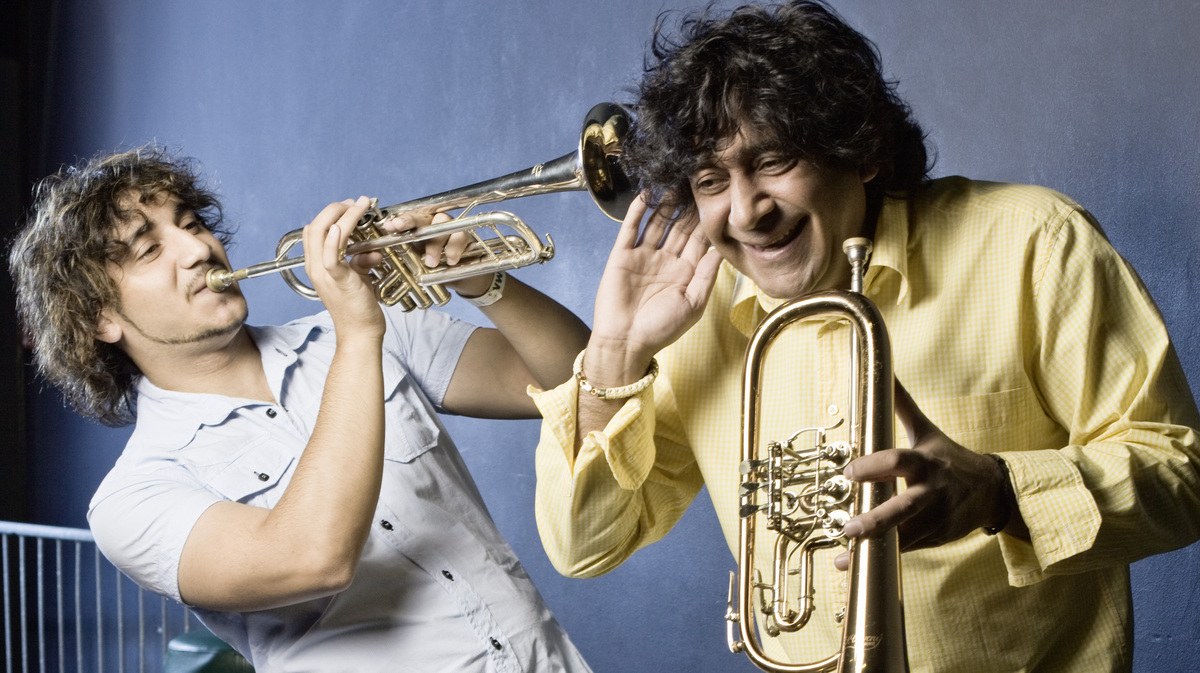 Boban and Marko Markovic are the father and son behind Serbia's Markovic Orkestar.

Michael Mann/Courtesy of the artist

If you're planning a wedding, and looking for music that's fresh, irresistible and completely unexpected, you might want to consider The Boban i Marko Markovic Orkestar, a cutting-edge Gypsy brass band from southern Serbia. A new best-of compilation called Golden Horns puts the group's wild, genre-bending flair on full display.

Golden Horns may sound at times like a work of brass-band punk rock, but it's actually full of traditional songs like "Udri Mile," filtered through the Orkestar's rich imagination. The jazzy pump of "Dzumbus Funk" — that's "Chaos Funk" in English — also showcases the group's experimental vision.

Trumpeter Boban Markovic started out leading a local village band and soon found himself at the crest of a Balkan brass music wave in the 1990s. Original songs like "Khelipe E Cheasa" proved surprisingly successful on dance floors throughout Europe.

From childhood, Boban's son Marko practiced like a maniac (up to 10 hours a day), and he debuted with the band at 14. A decade later, Marko is the band's star soloist and lead arranger, bringing fresh ideas and energy to his dad's joyful enterprise. Marko even raps when the spirit moves him, as in "Sljivovica," a song about plum brandy, the region's traditional spirit.

Balkan music is demanding to play: fast, precise and rhythmically complex. These guys are talented enough, and brave enough, to slip in elements of jazz, funk or Latin music with ease. So, the next time you're at a wedding, take along a copy of Golden Horns and slip it to the DJ. If it's not the high point of the party, it can only mean they've run out of plum brandy.