Accessibility links
The Mix: The Woody Guthrie Centennial Though Guthrie died in 1967, his 100th birthday is a celebration of not only one man's legacy, but also songs that have given a voice to working folks everywhere. Hear a mix that demonstrates how Guthrie's stage presence, poetics and grasp on musical performance remain influential to this day. 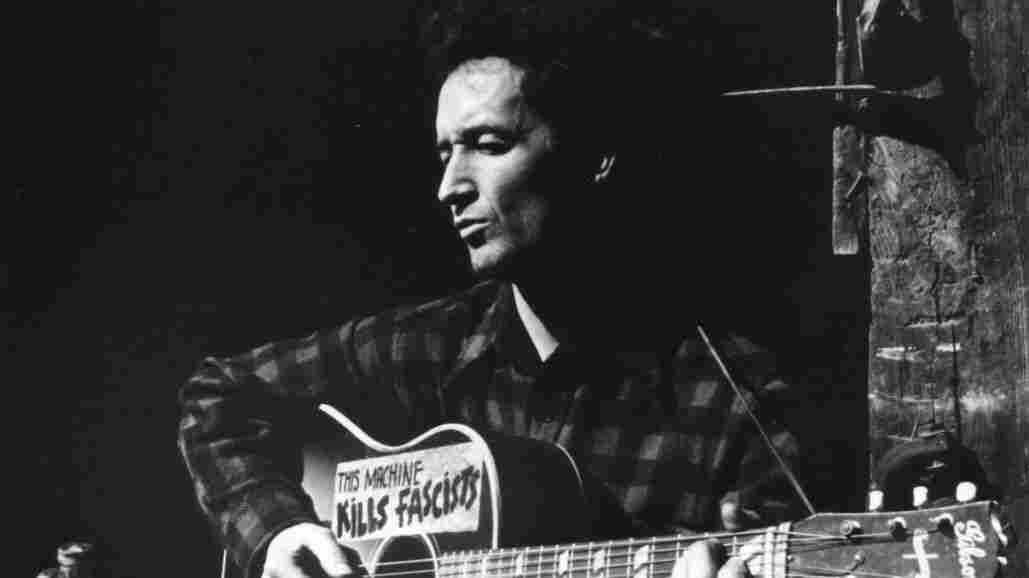 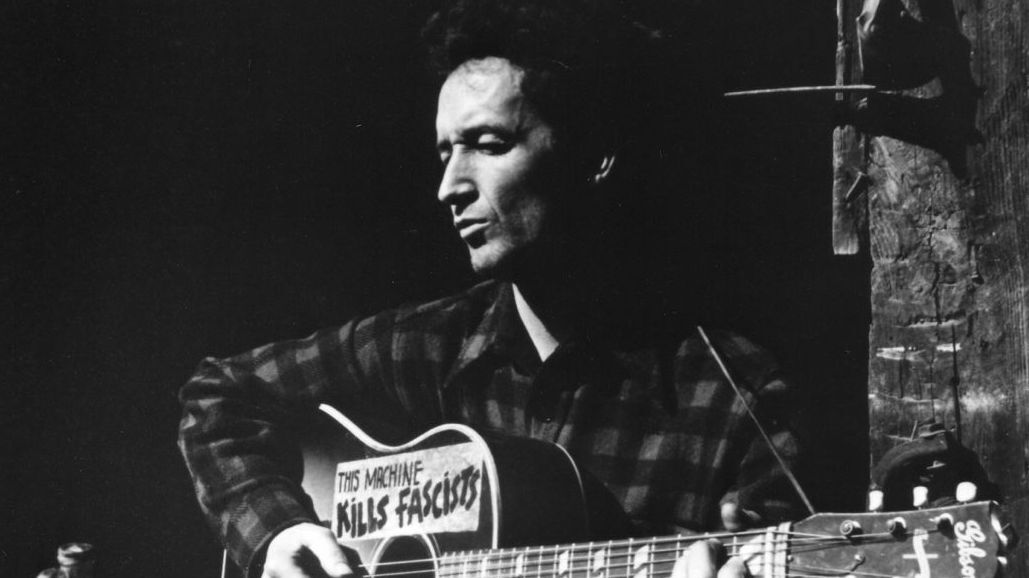 Woody Guthrie grew up in a nowhere town in the heart of the Dust Bowl — Okemah, Okla., to be exact — in an America not altogether different from the one we live in today. As a young man, Guthrie joined the Dust Bowl exodus chronicled in John Steinbeck's Grapes of Wrath. He cut his teeth singing in California union halls and eventually found his way to New York City. There, along with Pete Seeger, Leadbelly and others, he laid the groundwork for a topical-song movement which strongly influenced the 1950s and '60s folk revival.

Songs he wrote — "This Land Is Your Land," "Pastures of Plenty," "Pretty Boy Floyd" and thousands of others — have been sung by generations of artists since. Before Guthrie, singers and songwriters were separate entities in the music industry. But his stage presence, poetics and grasp on musical performance set a standard for singer-songwriters which remains influential to this day.

Listen closely to this stream, and you'll hear the reach of Guthrie's influence in the recordings of his protégé Pete Seeger, those of revival folksingers like Joan Baez and 21st-century innovators like Ani DiFranco and Old Crow Medicine Show. Though Woody Guthrie died in 1967, his 100th birthday is cause for a celebration of not only one man's legacy, but also the songs which have, for the past century, given voice to working folks everywhere.