Accessibility links
Illinois Services Threatened As Pension Hole Grows Illinois' pension gap is estimated at $83 billion — and it costs $12.6 million more every day the state does nothing to address the crisis. The state can't readily come up with the money, and while politicians say they want to help, they're unlikely to act during an election year. 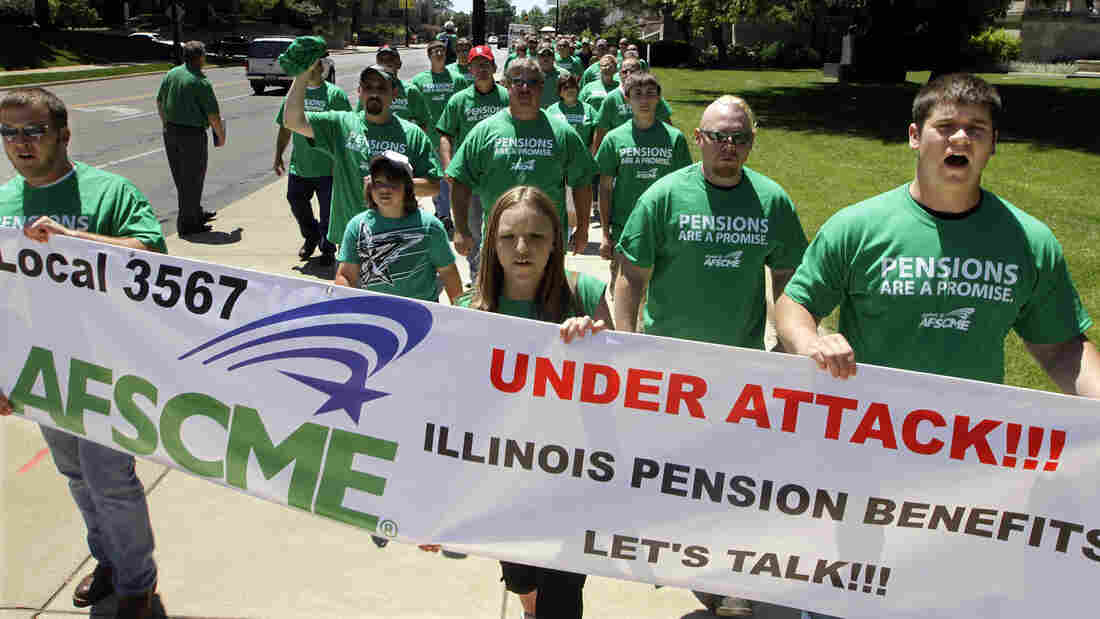 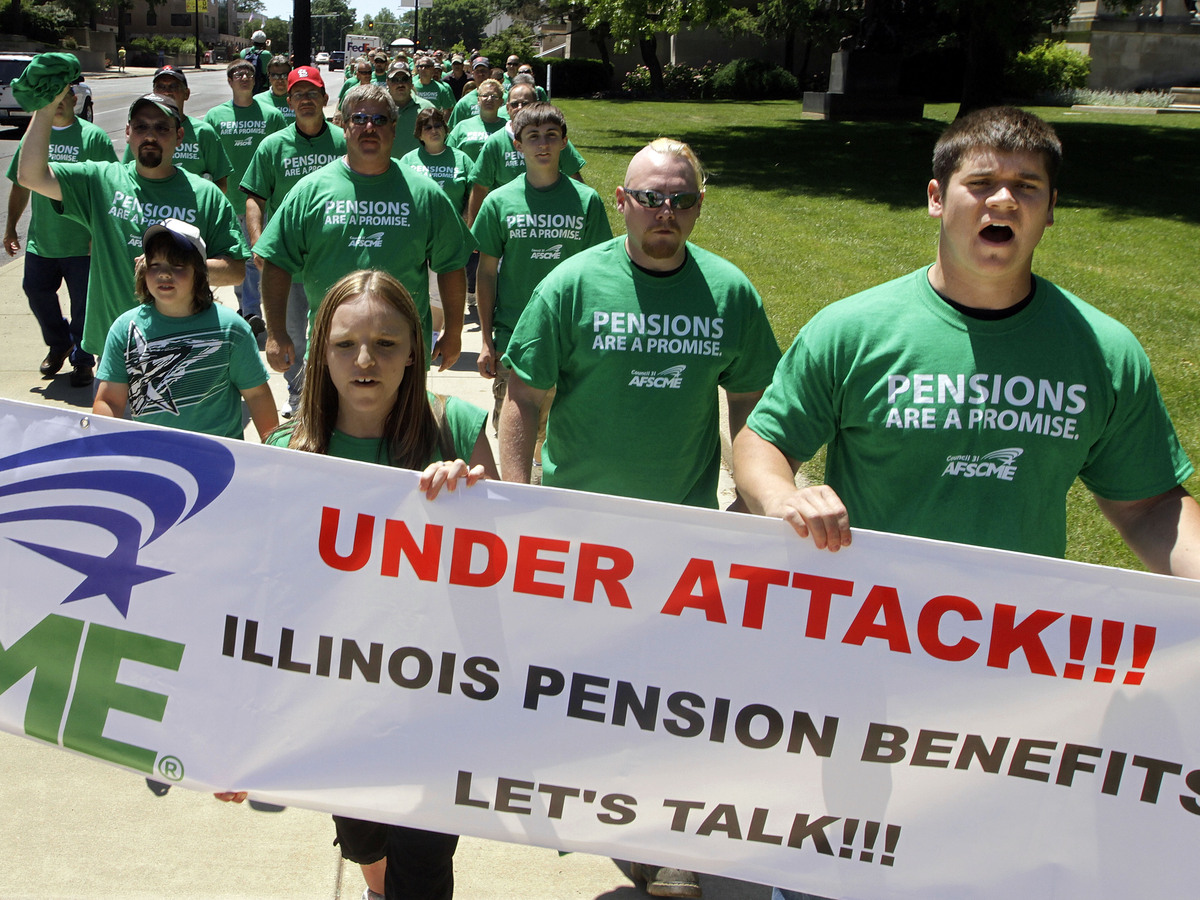 Illinois pensions have amounted to billions that the state can't readily afford. American Federation of State County and Municipal Employees rally against proposed pension legislation on May 23.

Fallout from the recession continues to hobble state finances, particularly in states crippled by pensions they can't afford to pay.

Chief among them is Illinois, which has racked up the largest unfunded liability in the nation. Politicians there pledge to fix it.

In 2010, only one state, Wisconsin, had enough money in the bank to fund all of the retirement benefits it had promised its employees. The rest had collectively racked up nearly $1.5 trillion of pension debt, according to a recent study by the Pew Center on the States.

"What we're seeing is not the result of one bad year or two bad years — it's the result of a decade of bad choices in states like Illinois, where policymakers really have consistently fallen short of what they should have been doing," says David Draine, a senior researcher with Pew.

Draine says politicians are letting down not only the workers counting on those benefits, but also the taxpayers who fund them. The study also places Connecticut, Kentucky and Rhode Island in the bottom tier of states with the lowest percentage of funded pension liabilities.

But Illinois is the worst.

The gap between what Illinois promises employees in retirement benefits and what it has set aside to pay them is $83 billion. The state government would have to shut down for 2 1/2 years and use all of the tax money it collects to pay that off.

Draine says that leaves states like Illinois with few options. 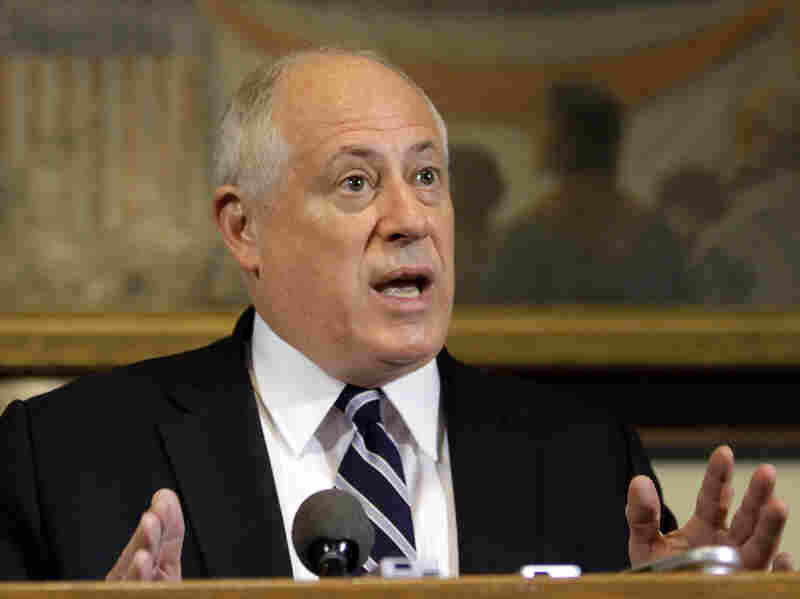 Illinois Gov. Pat Quinn says the pension system is putting a grip on the state's budget. As a result, other services may lose funding. Seth Perlman/AP hide caption 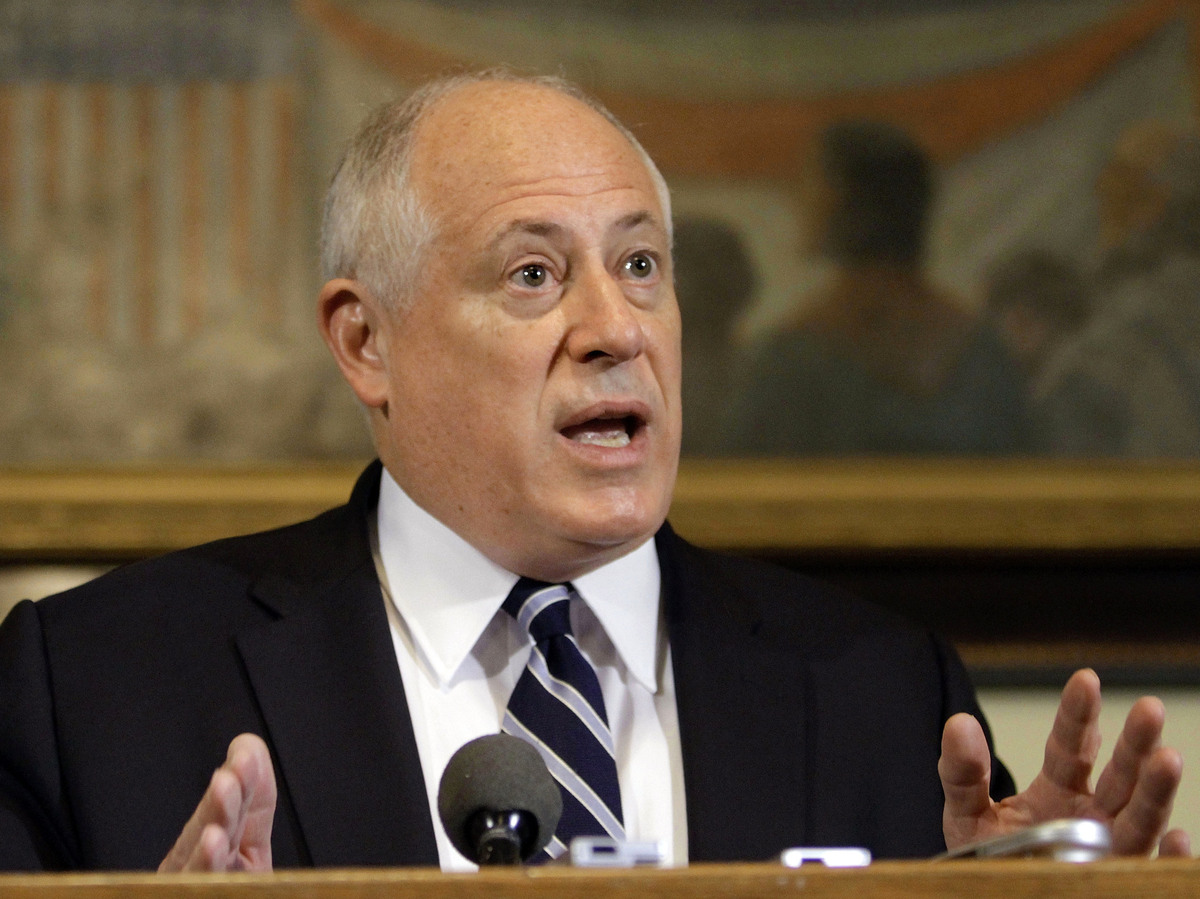 Illinois Gov. Pat Quinn says the pension system is putting a grip on the state's budget. As a result, other services may lose funding.

"Well, it's going to find itself either having to make very tough tax increases, draconian cuts in services, or it's going to have to find money by cutting the benefits it's offering to current employees and retirees in painful and unpleasant ways," he says.

Already, Illinois has cut the benefits for newly hired teachers and state workers. And the threat that the state will come after veteran workers has led to an exodus of public employees like Brenda Allan.

After more than 23 years as a secretary at the University of Illinois-Springfield, Allan is calling it quits.

As she steps away from the retirement party being held in her honor, Allan says she had thought about retiring for a couple of years.

"But also there is the concern of, you know, what the General Assembly is doing and what impact that is going to have on both current and future retirees. What goes on down at the statehouse certainly has been a concern," she says.

Running Out Of Retirement Cards

Allan is not alone. In May, when legislators appeared poised to cut pension benefits, lines formed outside the State Employees' Retirement System offices in the capital as government workers put in their notices.

"It's a little bit humorous to me," Allan says. "The retirement card that I received today simply says 'thank you.' And the reason for that is because there are so many state employees and university people retiring within the city of Springfield that you cannot go into any store and buy a retirement card at this point."

Despite the fears, Illinois hasn't taken the big step yet. Democratic Gov. Pat Quinn says the crisis is real.

"We just simply cannot afford this. The squeeze is on," Quinn says.

This year, 15 percent of the budget is going toward pensions.

"Our allocations for education, for human services, for health care, for public safety — less and less of the percentage of our budget will go to those important causes if we don't reform our pension system," Quinn says.

Despite the governor's adamant tone, talks are now at a standstill. Democrats control the Legislature, and Republicans accuse them of stalling.

Given the money that unions contribute to lawmakers' campaigns, it's not surprising that in an election year legislators are in no hurry to cut benefits.

But waiting comes at an expense. It costs the state $12.6 million every day the state does nothing to address the pension crisis.

No data were provided for the District of Columbia.