Accessibility links
Bullfights, Bankruptcy And A Damn Dangerous Book Reading The Sun Also Rises as a 12-year-old, author Ben Mezrich realized he wanted to be just like the main character — an alcoholic. Not that he knew what that meant. The book also helped him find his true calling. Have you wanted to be like a character in a book? Tell us about it in the comments. 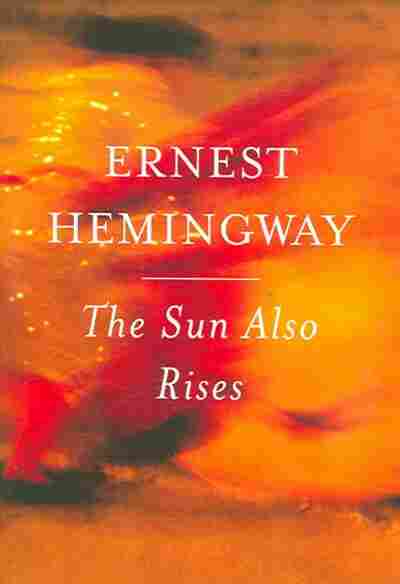 Ben Mezrich is the author of Sex on the Moon.

Around the time I turned 12, I figured out exactly what I wanted to be when I grew up: an alcoholic.

I didn't actually know what it meant to be an alcoholic, but I knew that one day, I would drink copious amounts and dash around the streets of Paris, preferably in the company of bullfighters, bankrupts, impotent newspaper correspondents, and morbidly depressed, exotically beautiful divorcees.

In short, my childhood was turned upside down by a book that I'd discovered a little too early — one that effectively changed the course of the rest of my life. It's a fantastic book — perhaps the most perfectly written novel written in the past century — but it's not really a book for a 12-year-old.

Here's what happened. From early on, I was obsessed with television. Really bad TV, actually, shows like Three's Company. My parents, fearing the worst, set a rule in the house that I had to read two books a week before I could get back to my true love — wonderfully pixelated trash.

And so, somewhere around my 12th birthday, I stumbled on Hemingway's masterpiece, and suddenly found myself obsessed with these drunk writers pirouetting around Paris.

On its surface, the book is simple. It's the story of the wounded ex-pat journalist, Jake Barnes, and his unconsummated love for the divorced and fabulous Lady Brett Ashley. Jake is hampered by two rivals — Robert Cohn and the jovial, drunken bankrupt Mike Campbell.

Somewhere along the journey, as the not-so-merry crew traveled from Paris to Pamplona to watch the bullfights, something inside of me flickered alive. 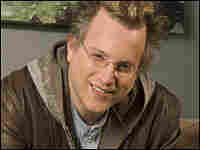 Ben Mezrich is the author of Bringing Down the House, a book about an MIT blackjack ring. Tracy Aiguier/Random House hide caption 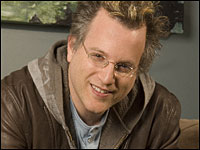 Ben Mezrich is the author of Bringing Down the House, a book about an MIT blackjack ring.

As I grew older, I only became more obsessed with the book. By the time I graduated from college, I was rereading it on the first day of every month.

Instead of becoming an alcoholic, I became a writer. And then the first thing I did when I sold my book was travel to Paris and try to have a drink at every bar that Jake drinks in.

It turns out, it is nearly impossible to drink that much, and certainly one should never attempt it in the order described in the novel. I'm not sure how I made it back to my hotel that first night, but I know I couldn't leave my room again for two days.

True to the narrative, the second thing I did was almost go bankrupt — much like Mike Campbell — gradually, and then suddenly. But I was so swept up in the tragic glamour of that simple novel from my childhood that even this setback seemed romantic.

And so, nearly a million dollars in debt at 28, still with the taste of Paris on my lips, I knew that I'd found my true calling — all because of a damn, dangerous book. One that I still try to read, once a month, whether I need it or not.