Accessibility links
A Company Town Reinvents Itself In South Bend, Ind. South Bend is well known as the home of the University of Notre Dame. But locals know it's more than just a college town. It used to be a company town until car manufacturer Studebaker closed its plant in 1963, leaving a gaping economic hole. Now, South Bend is working to create a second act for its commercial life.

South Bend may be best known as the home of the Fighting Irish, but it was once the home of Studebaker automobiles. When Studebaker closed in 1963, it left a gaping hole in the town, where unemployment is at 10.4 percent, according to the latest data from the Bureau of Labor Statistics. Now, the city is working hard to create a second act for the commercial life of South Bend.

The Ghosts Of Studebaker

It's been decades since the last Studebaker rolled off the assembly line in South Bend, but longtime locals know this college town was once a company town. Carol Gleckler was 15 when Studebaker closed more than 50 years ago. She still remembers how her father reacted.

"He had tears in his eyes, worrying about how [to take care of the five kids in the family]. So many people around here worked there," she recalls. "It was tough."

Gleckler says she thinks the city today has gotten over Studebaker's closing. But Pete Buttigieg, the new mayor of South Bend, says some of the old-timers in town still talk about the event as if it were recent news. 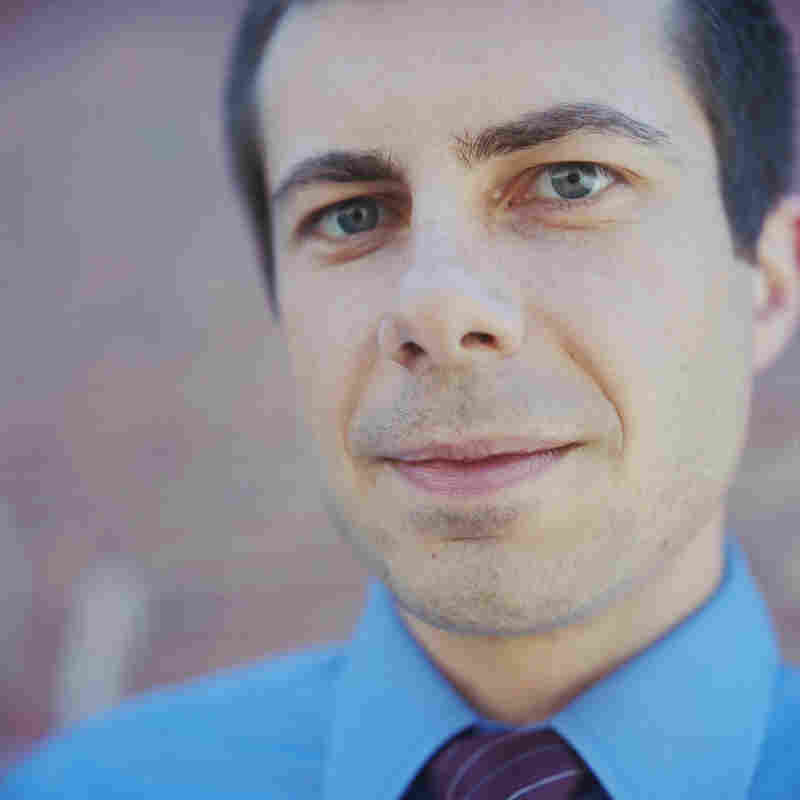 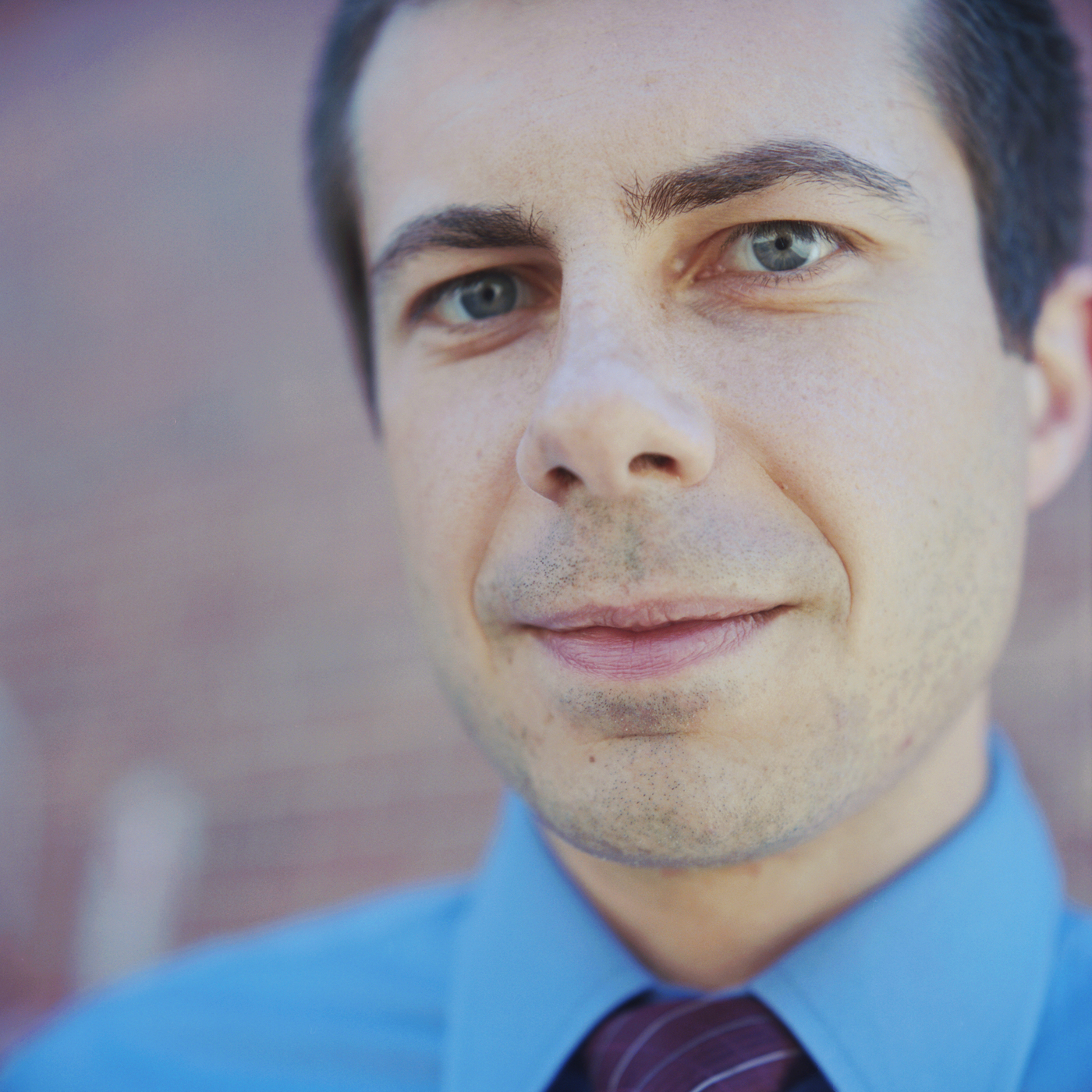 "There are some parts of town where you'd think the closure of Studebaker was something that happened a couple of years ago, not 50," he says.

A Harvard graduate and a Rhodes scholar, Buttigieg is 30 years old, but could easily pass for 17. He's also the first South Bend mayor born after Studebaker closed.

South Bend is like so many towns in the Midwest: If you look around you can see traces of their former glory.

Near downtown, there's a Catholic church less than a block from another Catholic church — one for the Irish and another for the Poles. Sturdy, low slung houses line the streets, and there's a tavern on almost every corner.

For many years the leaders of the town had anything but a vision for South Bend's future. The city lost about one-third of its population in the years after Studebaker. Last year, Newsweek put it on its list of America's Dying Cities.

The town spent years trying to figure what to do and how to get another Studebaker-type company to fill the hole. Meanwhile, old factory buildings took up blocks and blocks of real estate as a constant reminder of what the town had lost.

An Edge In The Data Economy

In recent years, some of Studebaker's former assembly plants have been torn down, and one former site on the company's old grounds has been renamed Ignition Park. It's currently an empty lot that Buttigieg hopes will transform into a business park for high-tech manufacturing. For now, Ignition Park's first confirmed tenant is a data center.

Buttigieg says all the railroads and other infrastructure left over from Studebaker gives South Bend an edge over other wannabe tech cities.

"Believe it or not, being a very cold place in the middle of the country next to some old rail lines is very beneficial in the data economy, just as it was in the car economy," he explains. He says South Bend's mild climate can help with cooling off data centers. The city also has advantages with its relatively cheap utility costs and close proximity to fiber optic lines that run along old highway and railway right-of-ways. 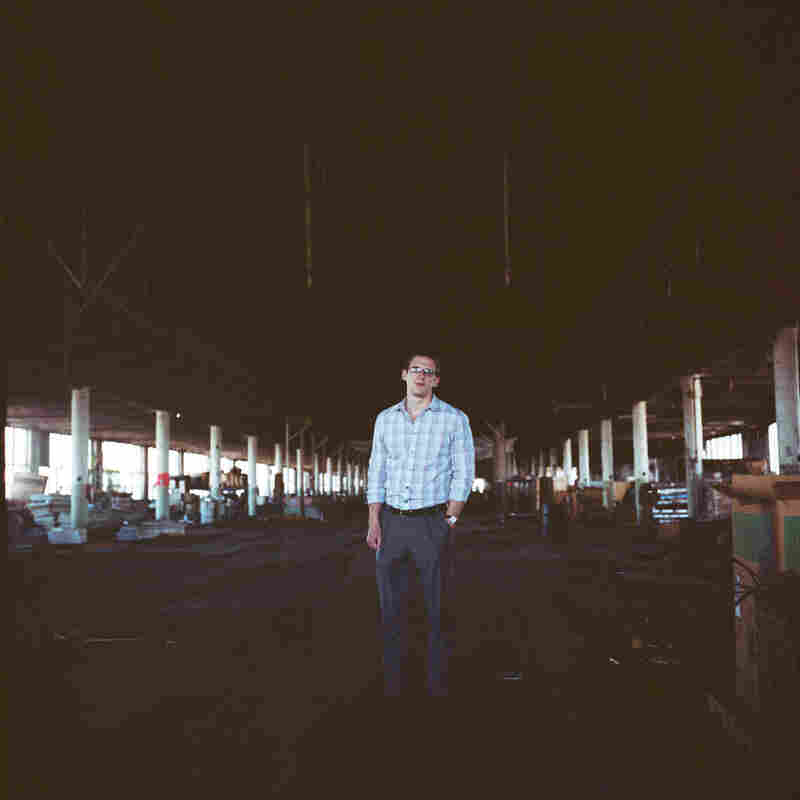 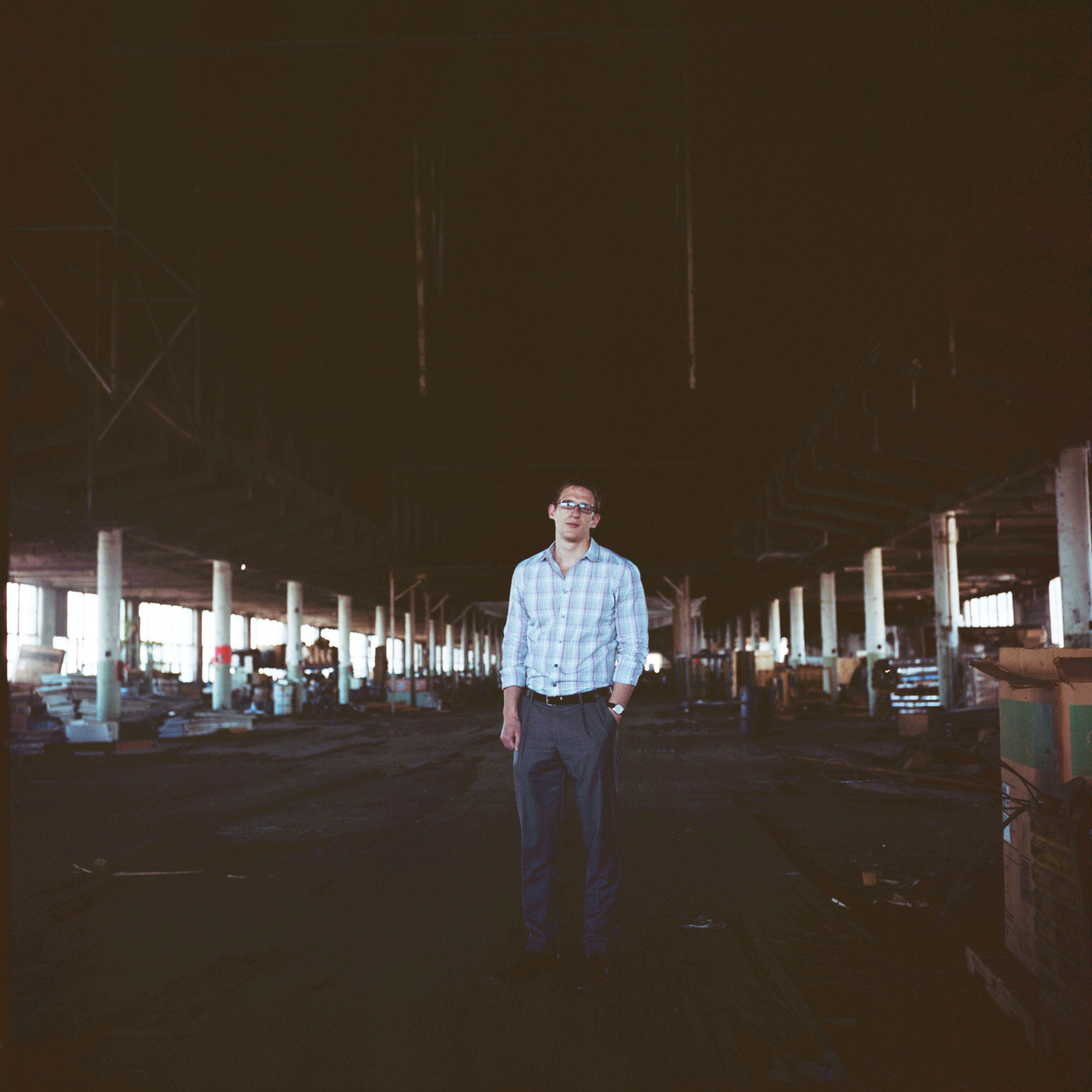 Nick Easley, director of strategic initiatives for Union Station Technology Center, stands inside the former Studebaker plant. The center hopes to expand its business into the old building.

Under Buttigieg's predecessor, the city paid for the demolition of the factory buildings with a mix of bonds and federal money for cleaning up toxic waste sites. City leaders hope businesses will spin off from research at the University of Notre Dame and end up in Ignition Park and other new business parks. So far, the university, which for decades hasn't been very engaged in the life of the city, has gotten involved.

One of the things that's changed in South Bend is the city's relationship to the Fighting Irish. The town-and-gown tension that's common in so many college towns was especially evident in South Bend. In the last decade, that's begun to change.

The leaders of Notre Dame, the city's largest employer, have made a commitment to the town. John Affleck-Graves, who became Notre Dame's executive vice president in 2004, says the school is committed to the health and success of South Bend. "What's good for South Bend is good for Notre Dame," he says.

Mayor Buttigieg says the changes in town wouldn't be possible without the support of the school. He says Notre Dame realized it's not just competing with other universities but also other university towns. "You've got these academic rock stars. They could live anywhere they want to in the world. And if the university wants them to come here, they're not just selling Notre Dame, they're selling South Bend," Buttigieg says.

From Rail Station To Tech Center

Nick Easley, director of strategic initiatives for the center, says it would surprise most South Bend residents that technology has taken over the town landmark.

"When people [in South Bend] say Union Station, it's where they held their prom," Easley says. "It has nothing to do with this sleepy multimillion-dollar business under the building."

The building's owner, Kevin Smith, hopes to eventually expand into the old Studebaker headquarters next door. He says there's no reason that South Bend cannot bring outsourced jobs to town. Smith recently set up a network for Notre Dame researchers to receive data from the CERN laboratory in Geneva and do analysis in South Bend.

More From The NPR Cities Project

"This just shows how the world has just collapsed," he says.

Recovering From An Economic Disaster

Buttigieg says he understands that "the economic equivalent of a tornado" went through his town and that he has to treat what happened to South Bend like the disaster it was.

"You look at some of these buildings, and it literally looks like a bomb went off or like a natural disaster happened," he says. "Getting past that legacy is not going to be easy, and it's not going to be obvious."

The mayor of South Bend says the good thing is that the worst that could've happened to South Bend already happened 50 years ago.