Accessibility links
An AIDS-Ravaged Nation Turns To Circumcision By the end of 2013, Kenyan health officials want more than 1 million men to get circumcised — a procedure that can reduce the risk of contracting HIV by up to 60 percent. If the effort succeeds, it just might prove a model for the rest of Africa. 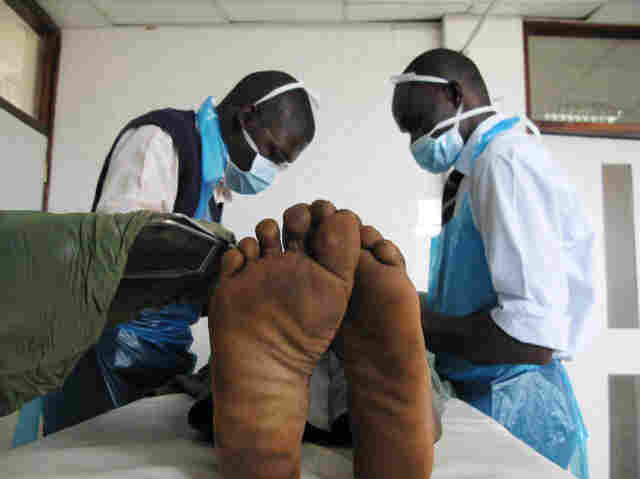 The African nation of Kenya is attempting to get more than 1 million men between the ages of 15 and 49 circumcised by the end of 2013. If successful, this could be a groundbreaking effort in the fight to curb the spread of HIV.

Other African nations have also launched circumcision drives, but none have been as successful as Kenya. So far, more than 400,000 Kenyans have undergone the procedure. The Kenyan Ministry of Health is using a blitz of advertising, community organizers and mobile clinics to try to get traditionally uncircumcised men to go for what they're calling "the cut."

Studies have shown that circumcision can reduce the risk of a man's contracting the virus by as much as 60 percent. 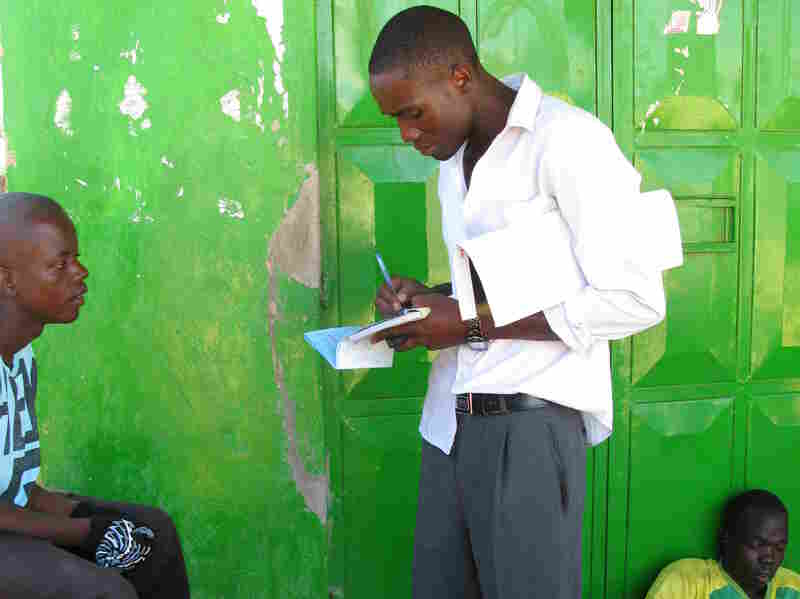 A health worker in western Kenya talks to young men about the benefits of male circumcision. Jason Beaubien/NPR hide caption 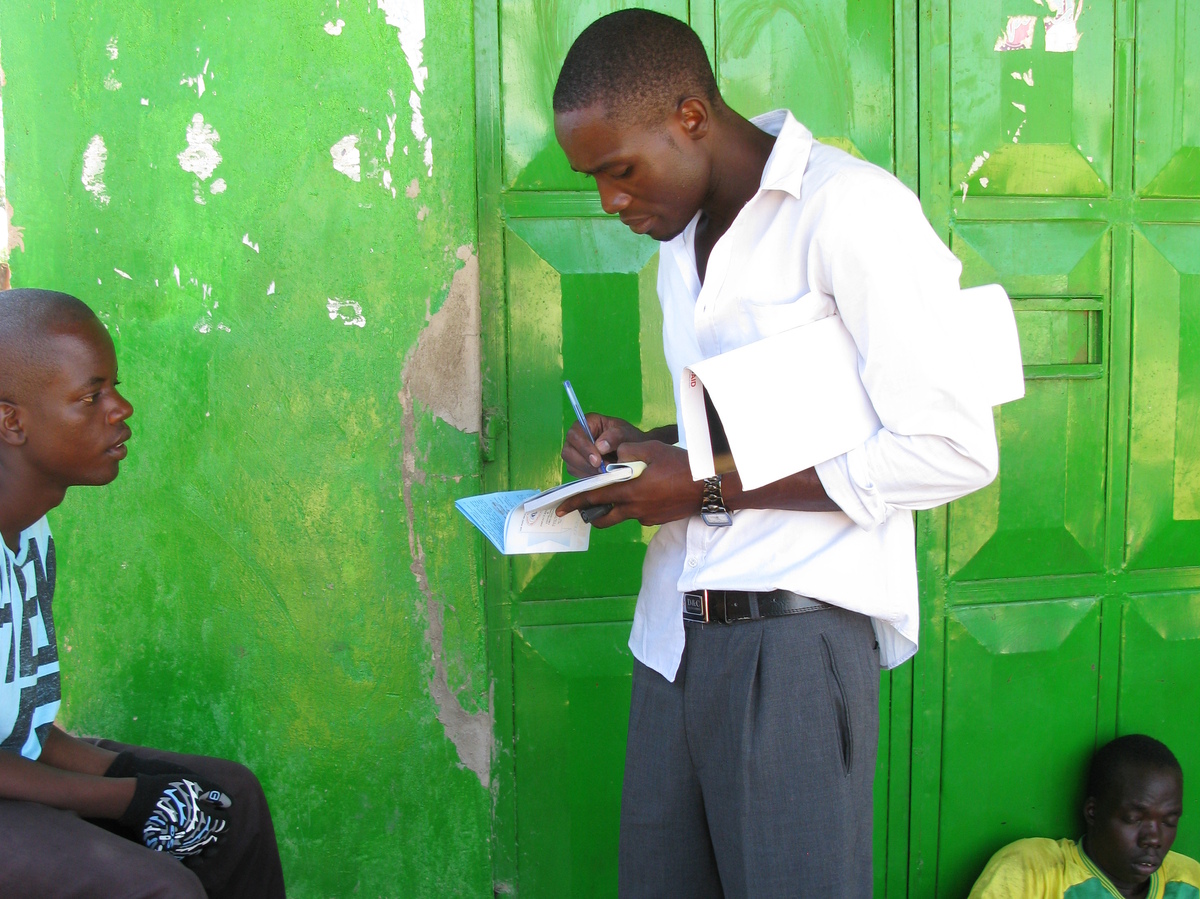 A health worker in western Kenya talks to young men about the benefits of male circumcision.

In Kenya, the Luo tribe, which traditionally hails from the western part of the country, doesn't practice circumcision. The rate of HIV among Luo men was 13 percent in 2009, the latest year for which figures are available. This is more than three times the rate among tribes that do circumcise.

"In the province ... it is not a culture that men are circumcised," says Dr. Charles Okal, the provincial coordinator for AIDS and sexually transmitted infections at the Kisumu District Hospital.

Okal says when they launched the circumcision drive here in Kisumu in 2008, many people scoffed at it. He says friends told him he'd never be able to get Luo men to go against tradition and voluntarily be circumcised.

"We had to convince the community that this is a procedure which is proven," he says, "and that it will help us reduce the prevalence rates of HIV that we have."

The circumcision campaign in Kenya involves foot soldiers driving around neighborhoods with bullhorns, preaching the benefits of the free procedure. Peer educators canvass markets, handing out leaflets and trying to sign up men for appointments at local health facilities. Special mobile circumcision clinics are set up in gyms, churches, youth centers and even in tents in some remote villages. A program was launched to train nurses and other health care workers in how to perform the operation.

At a circumcision clinic in Kisumu, 24-year-old Mercy Aching says there has been a cultural shift in this part of Kenya; now most young men want to get the procedure. Aching has brought her two younger brothers, Lucas and Hemsted, to be circumcised.

"Now everybody's circumcised," she says. "Even these small boys, they want this thing." Aching and her brothers lost both of their parents to AIDS. 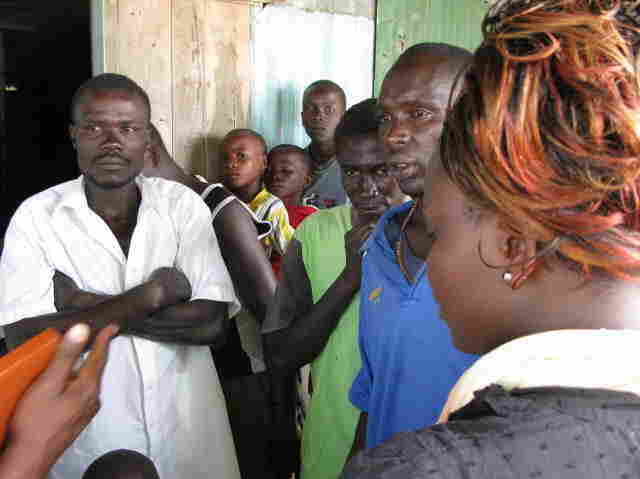 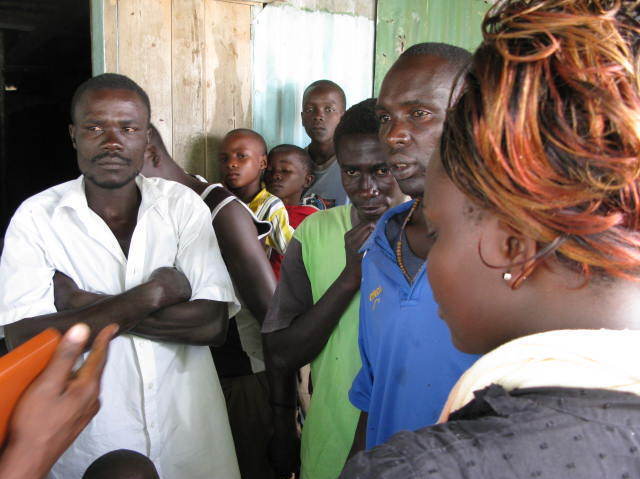 Outreach workers are trying to persuade local fishermen to get circumcised.

She says she believes the death toll from AIDS is part of what's motivating so many teenage boys to get the procedure. At the clinic, counselors explain to the boys that circumcision isn't a magic shield and that they should also use condoms to protect against HIV.

Health officials in the region say young men have accepted circumcision, but it has been harder to convince older men.

In many parts of Africa, circumcision carries major cultural implications.

Among some tribes it serves as a right of passage into adulthood. Among others, the foreskin has been viewed as part of their cultural identity. During the deadly tribal clashes in Kenya in 2007 and 2008, there were reports of Kikuyu youth forcibly circumcising Luo men in the streets.

But some of the resistance to this public health campaign is much simpler: Many men are afraid of the procedure; others who earn just enough money each day to feed their families don't want to be off work while they heal.

At the fishing village of Osindo on Lake Victoria, Kwinta Ochola is trying to persuade a dozen highly skeptical men to sign up for circumcision appointments at the local health clinic.

The men fish here by wading through shallow parts of the lake, dragging large nets. Ochola explains that after the operation, they'll have to stay out of the water for at least three days.

The chairman of the fishermen wants to know who is going to pay these men for their lost earnings. He says they can't afford not to work for three days. 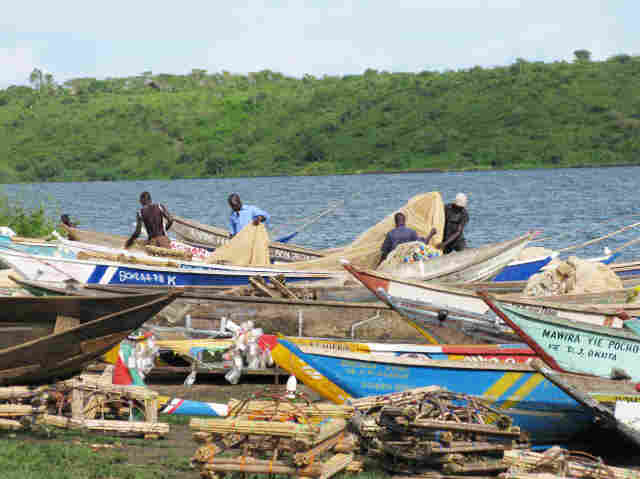 At Osindo Beach, local fishermen come in from fishing on Lake Victoria. Some fishermen are reluctant to get circumcised because they would miss three days of work. Jason Beaubien/NPR hide caption 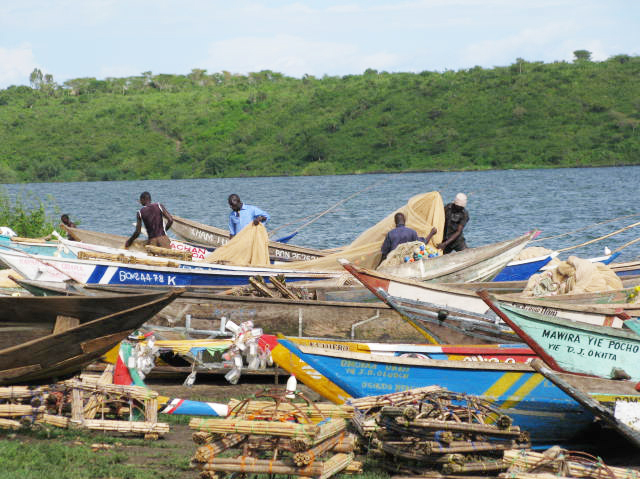 At Osindo Beach, local fishermen come in from fishing on Lake Victoria. Some fishermen are reluctant to get circumcised because they would miss three days of work.

The only material compensation offered after the surgery is a bottle of warm orange soda and a pair of tight white briefs.

Nationwide, AIDS has had a deep impact in Kenya. Roughly 6 percent of adults are infected with HIV.

Benard Otieno, 20, says he had the procedure three years ago, soon after the campaign started. At that point, Otieno says, it was practically unheard of for a full-grown Luo man to go to a clinic and have his foreskin removed.

"Now, I'd say 90 percent of my friends are circumcised," he says.

Otieno is in college studying to be a teacher. He says among young Kenyans, circumcision is now viewed as a patriotic act. Otieno says he and his friends talk about wiping out AIDS in Kenya. "We want to be a generation without HIV/AIDS," he says. "Circumcision will help the future of Kenya."