Accessibility links
Ask Me Another: A Chef Walks Into A Milk Bar Ever wanted to have a dish named after you? We found the secret! Sort of. This week's guest is an experimental chef who faces off with a fellow foodie in our most appetizing challenge yet. 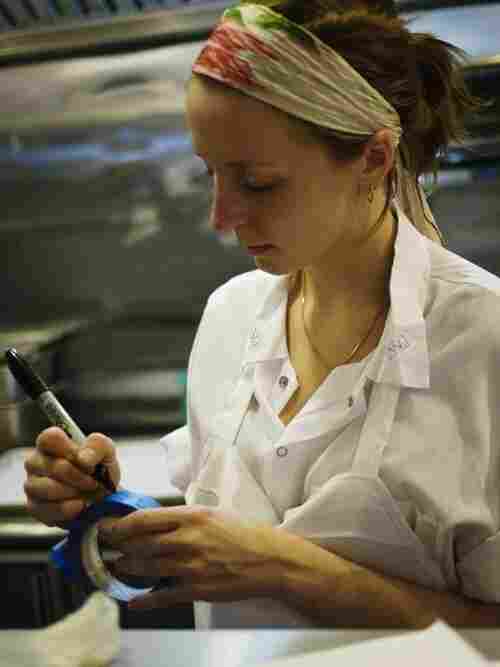 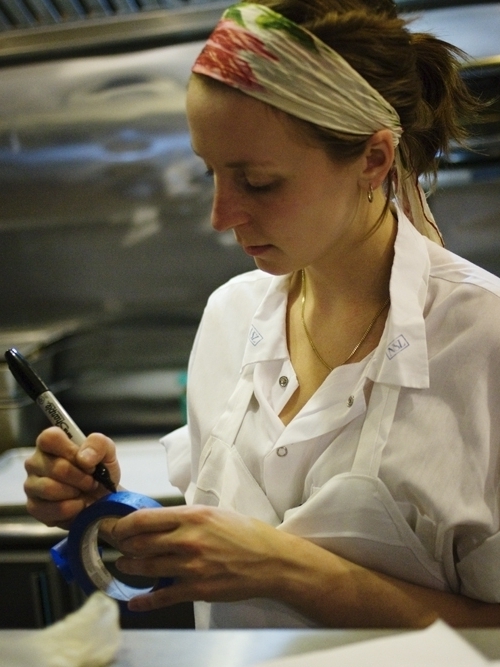 This week on Ask Me Another, we welcome Christina Tosi, an award-winning chef and the brains behind Momofuku Milk Bar--the dessert outpost of David Chang's ramen noodle empire. Tosi is proudly one for pushing the boundaries of normal bakery fare, featuring such confections as "crack pie" (it's addictive), "cereal milk" (which tastes like a bowl of cornflakes) and "compost cookies" (filled with chocolate chips, coffee grounds or potato chips--sometimes all in the same cookie). Tosi tells host Ophira Eisenberg how she keeps her sweet tooth sharp, and why it is so rewarding to play with one's food. Then, Tosi steps up to the plate for an Ask Me Another Challenge entitled "Name That Recipe," which pits her against a fellow foodie to guess famous dishes named after historical figures.

The Girl Who Played With Her Food

Christina Tosi is the chef and owner of Momofuku Milk Bar, called "one of the most exciting bakeries in the country" by Bon Appetit Magazine.

As founder of the dessert program at Momofuku, Tosi helped Momofuku Ko earn two stars from the Michelin Guide and Momofuku Ssäm jump onto Restaurant Magazine's Top 100 Restaurants in the World list at #31. She is the 2012 winner of the James Beard Foundation Rising Star Chef Award and named to the New York Times T Magazine's "Nifty Fifty" list. Christina and her confections have appeared on Martha Stewart, Live with Regis & Kelly, Conan, and The Today Show among others. Tosi wrote and released The Momofuku Milk Bar cookbook in the fall of 2011. She lives in Brooklyn, NY with her three dogs and eats an unconscionable amount of raw cookie dough every day.