Accessibility links
Supreme Court Has A Term To Remember In the last 10 days alone, the high court created a storm of historic headlines. For the first time in recent memory, liberals prevailed in most of the high-profile cases, from the Affordable Care Act to the Arizona immigration law. But nobody expects that to continue. 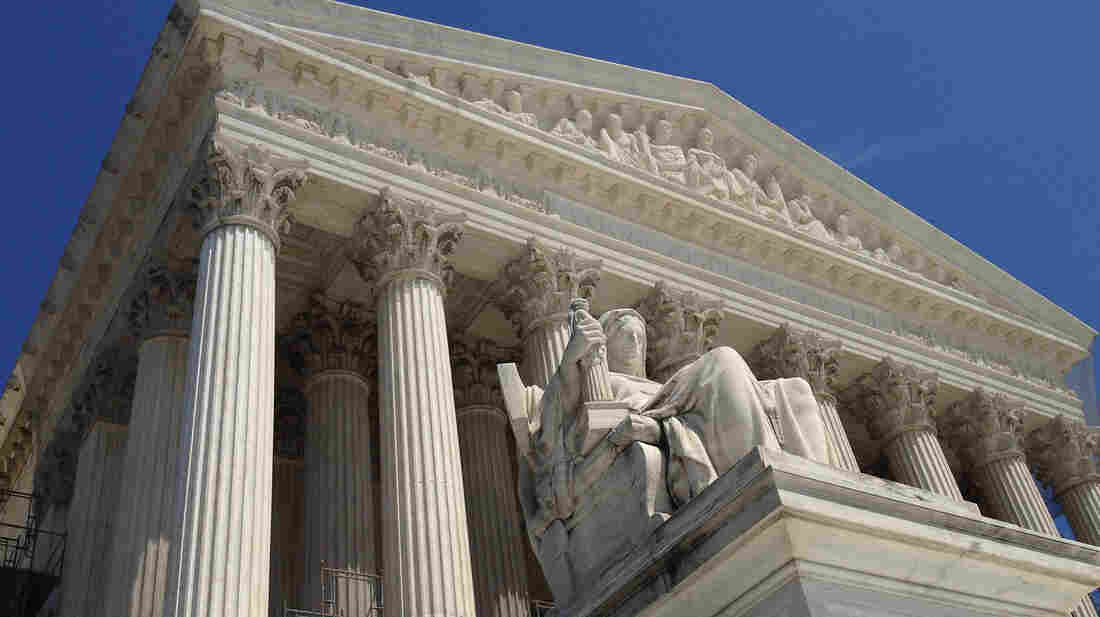 The U.S. Supreme Court took on a number of high-profile cases this term, including the decision to uphold the Affordable Care Act. Chip Somodevilla/Getty Images hide caption

The justices of the U.S. Supreme Court have fled Washington, leaving in their wake a storm of historic headlines. In the last 10 days alone, the high court upheld the Obama health care law, struck down much of the Arizona immigration law and ruled unconstitutional mandatory sentences of life without parole for juveniles convicted of murder.

Chief Justice John Roberts is in Malta, a place that, as he pointed out, is "an impregnable island fortress." He puckishly observed that it "seemed like a good idea" to go there after the tumultuous end of the Supreme Court term.

Roberts won both praise and derision for threading the needle to uphold the health care overhaul. There was derision from those on the right, who called him a "sellout," and praise in other quarters, where the reviews were mainly raves.

"Not since King Solomon offered to split the baby has a judge engineered a slicker solution to a bitterly divisive dispute," the magazine crowed. 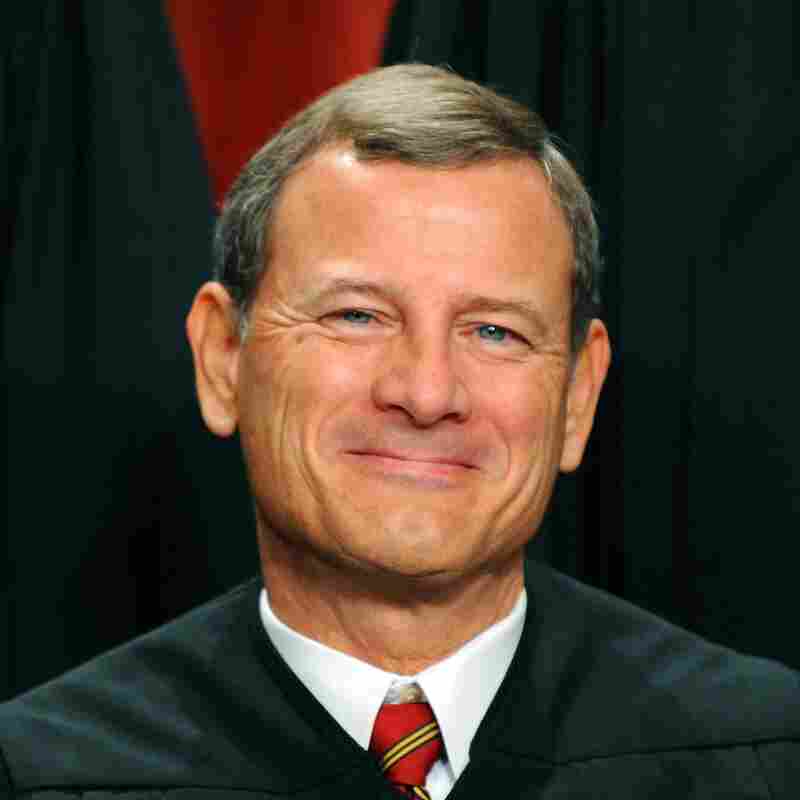 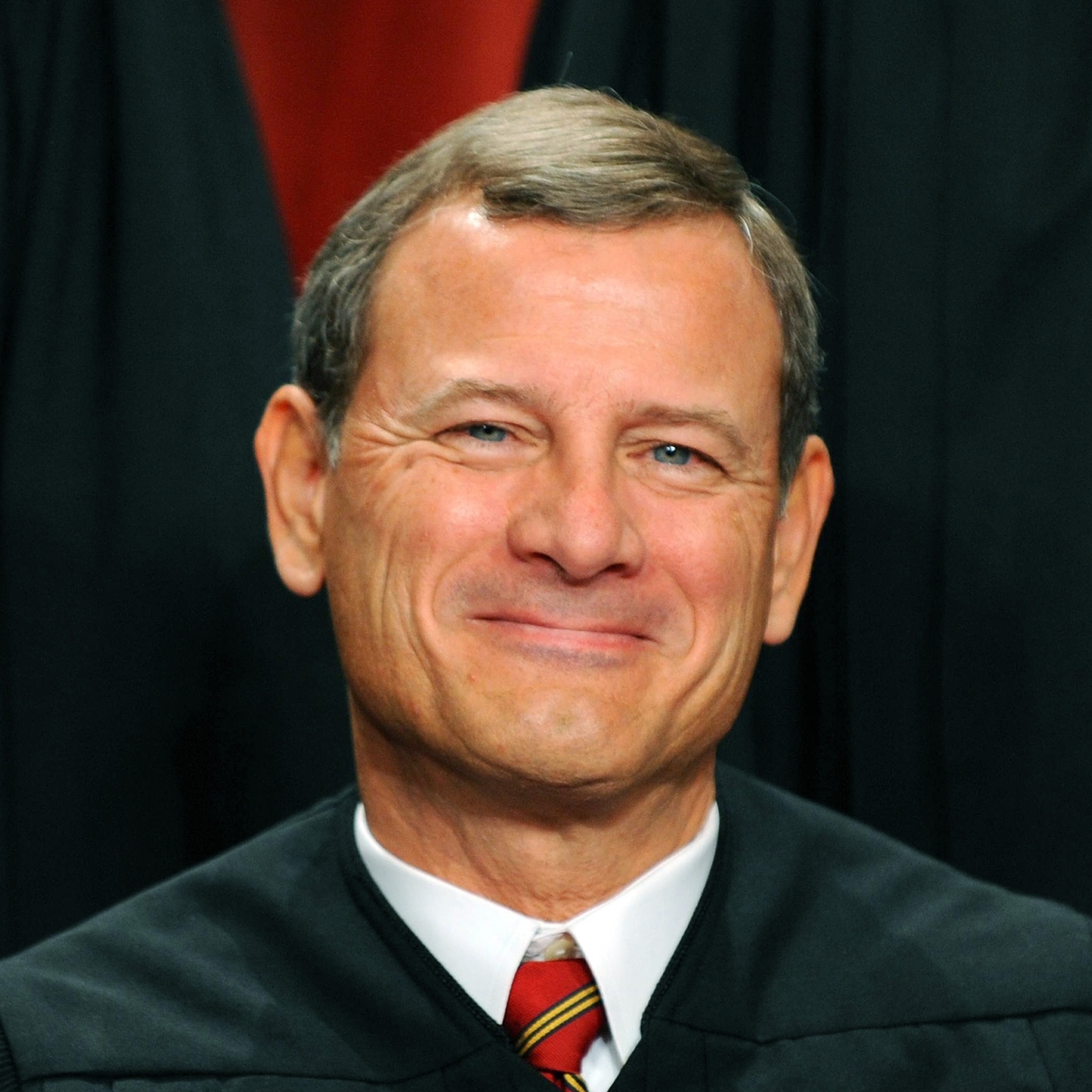 Indeed, Roberts managed to give President Obama a big victory while also planting the legal seeds for future conservative wins.

In joining the liberals to uphold the law, Roberts avoided a party-line, partisan vote and kept the court out of the election debate while at the same time adopting much of the legal theory advanced by conservatives.

Congress, agreed the chief justice, does not have unlimited power to regulate commerce or even to put conditions on federal spending. But the individual mandate, he concluded, was a legitimate exercise of Congress' power to levy a tax in order to encourage people to take certain actions — in this case, to get health insurance.

"If what you care about is constitutional principle, then this was really a masterful decision," says Stanford Law professor Michael McConnell.

But within days of the decision, there was an unprecedented leak from the court, suggesting that the chief justice had changed his mind during deliberations and that the infuriated conservative court minority was so angry, they refused to deal with Roberts at all. It was a story that sources say has a kernel of truth but overstates what happened.

Constitutional scholar Walter Dellinger, a former Supreme Court law clerk, says this is the first time there has been a contemporaneous leak of the court's internal deliberations over a decision.

"The overly dramatized story of how Chief Justice Roberts' view of the health care law may have shifted or evolved during the deliberations by the court is an indication, I think, of how deep into politics the court seems to have been plunged," says Dellinger, now a Duke University law professor. "If this story is true, this leak would be an instance of an attempt coming from within the court itself to undercut the authority of an opinion. And I think that's something we've never seen before."

"[The leak] really was an act of extraordinary rage and destructiveness on the part of the right-hand side of the court," she says.

"Does that help the conservative movement?" he asks. "I mean, what would you do if you were Roberts? All of a sudden you find that the people you thought were your friends have turned against you. They despise you. They mistreat you. They leak to the press. What do you do? Do you become more conservative? Or do you say, 'What am I doing with this crowd of lunatics?' "

Will The Decision Make A Difference?

The health care decision will be studied for years. While the chief justice did lay down markers to limit congressional power in the future, it remains unclear whether those markers will change anything.

Liberals are worried, some conservatives are heartened, and others, like UCLA Law professor Eugene Volokh, are not sure the decision will make much difference.

"My guess is that not a lot of laws will be struck down under this new rule, in part because Congress generally doesn't adopt laws like that," he says.

A Breakdown Of Other Cases

Health care, of course, was only part of the court story this term. The justices split on privacy questions that were before the court. By a 5-4 vote, the justices upheld automatic strip searches of people who are arrested even for minor traffic offenses. But they unanimously declared that the government cannot put GPS devices on cars to track suspects for an extended time without getting a warrant. 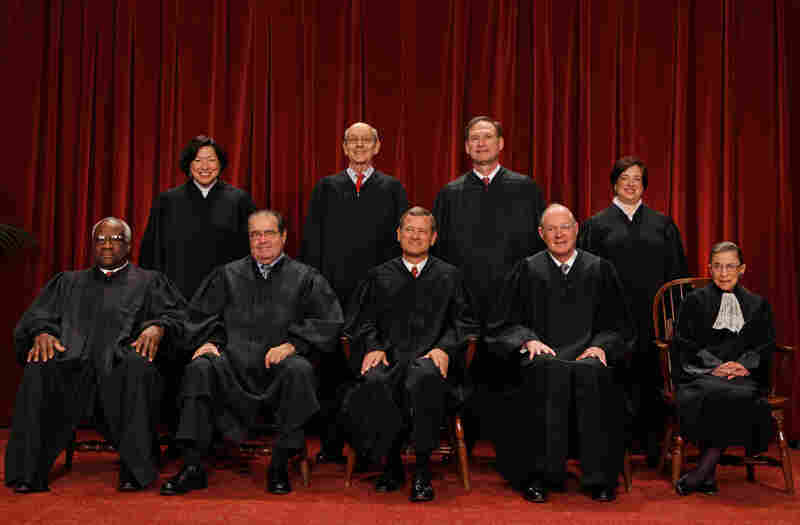 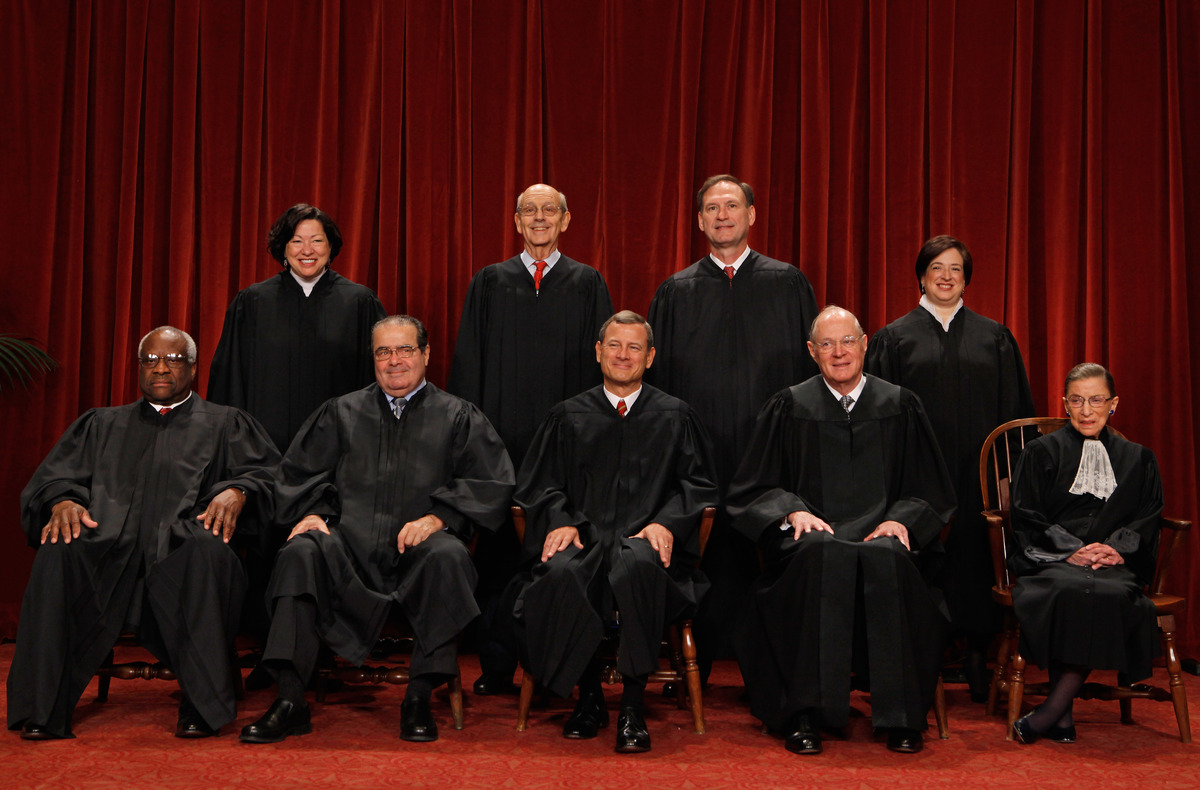 In the criminal law field, the court for the first time ruled that defendants are entitled to effective assistance of counsel when negotiating a plea bargain. The decision is important because more than 95 percent of all criminal cases are resolved by plea bargains.

The court also ruled for the first time that it is unconstitutionally cruel and unusual punishment to automatically sentence juveniles convicted of murder to life prison terms without the possibility of parole. By a 5-4 vote, the court stressed that such terms may be permissible in some cases. However, it said that to impose such a sentence without considering the defendant's youth or role in the crime violates the Constitution.

In the First Amendment area, the court issued two rulings. It struck down as unconstitutional a federal law that made it a crime to lie about having received a military medal. The court said a lie isn't nice, but it is protected speech under the Constitution, unless there is some other factor, such as intent to defraud.

And in a case testing whether the FCC can fine broadcasters for the fleeting use of expletives in live broadcasts, the court punted. It said the FCC rule adopted during the Bush administration to permit such fines is sufficiently unclear that it denies broadcasters adequate notice of what is and is not an offense.

In an important labor case, the court's conservatives strongly signaled that they intend to make it more difficult for unions to use dues money to aid either candidate or issue campaigns. The ruling was a stark contrast with the court's decisions so far, allowing corporations considerable leeway to spend shareholder money on elections.

And the court in a property rights case ruled unanimously in favor of the rights of property owners who want to challenge an EPA compliance order.

Finally, in the second-biggest case of the term, the court issued a strong endorsement of the supremacy of federal power in immigration matters. Over the dissent of three justices, the court struck down most of the controversial Arizona immigration law that imposed penalties on illegal immigrants — penalties not found in federal law.

Federal Judge Richard Posner: The GOP Has Made Me Less Conservative

Justice Antonin Scalia, in his dissent, pointed to what he said was a history of states being able to keep certain out immigrants. As an example, he cited Southern states' history of keeping out freed slaves, a citation that brought sharp criticism from some court watchers, including the liberal blog ThinkProgress.

Scalia also blasted the Obama administration for what he called its "refusal" to enforce federal immigration law. The tone of the dissent drew wide criticism.

"I would call it an almost a neo-Confederate view of state sovereignty," says Duke University's Dellinger.

"You can't have state regulation of immigration," the prolific federal judge says. "That would be preposterous. Could Illinois say, 'Well, we have our own immigration policy, so we're going to set a quota. Only 10 immigrants can come in to Illinois a year.' That would be total chaos."

It's Just One Term

Looking at the term overall, it is fair to say that for the first time in recent memory, liberals prevailed in most of the high-profile cases. But nobody expects that to continue.

"You can't take one term in isolation," warns Tom Goldstein, publisher of SCOTUSblog, the leading Supreme Court blog. "The arc of the law is solidly on the right. ... Anyone who thinks that John Roberts has now come out of the closet as his true liberal self is severely misguided. We have a track record here. He's a solidly conservative justice. "

Goldstein notes that next term is likely to add up to a very different result. The issues coming up are: the voting rights law, affirmative action, U.S. lawsuits involving human rights abuses abroad, and gay marriage. Those are questions on which at least four justices — and in some cases five — are on record as hostile to the left.