Accessibility links
Evangelicals Fight Over Therapy To 'Cure' Gays The largest "ex-gay ministry" that has promoted conversion therapy as a way to "cure" people of same-sex attractions now says the approach is wrong. The shift comes after new studies by evangelical researchers showed that conversion therapy does not work. It's created a ruckus about whether people can change their sexual orientation. 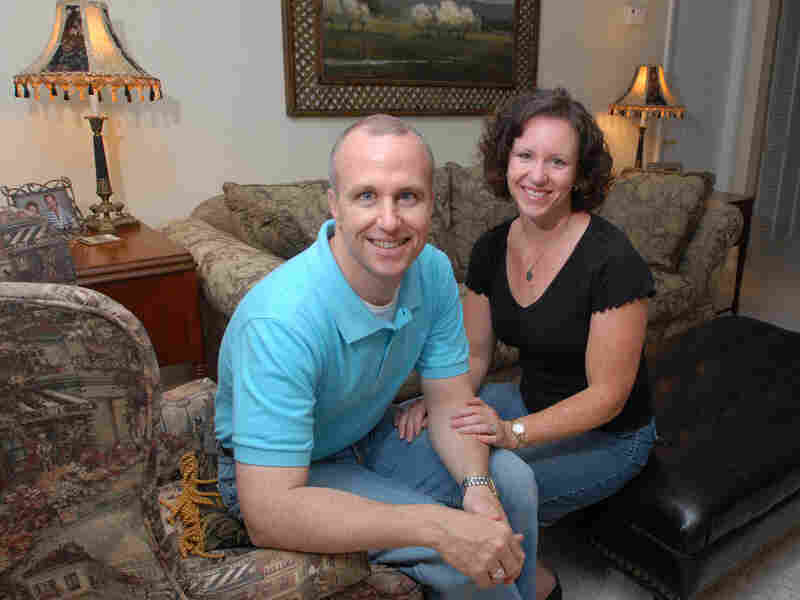 Alan Chambers, president of Exodus International, sits with his wife, Leslie, in their home in Winter Park, Fla., in 2006. Chambers recently announced his group will no longer associate with or promote therapy that focuses on changing sexual attraction. Phelan M. Ebenhack/AP hide caption 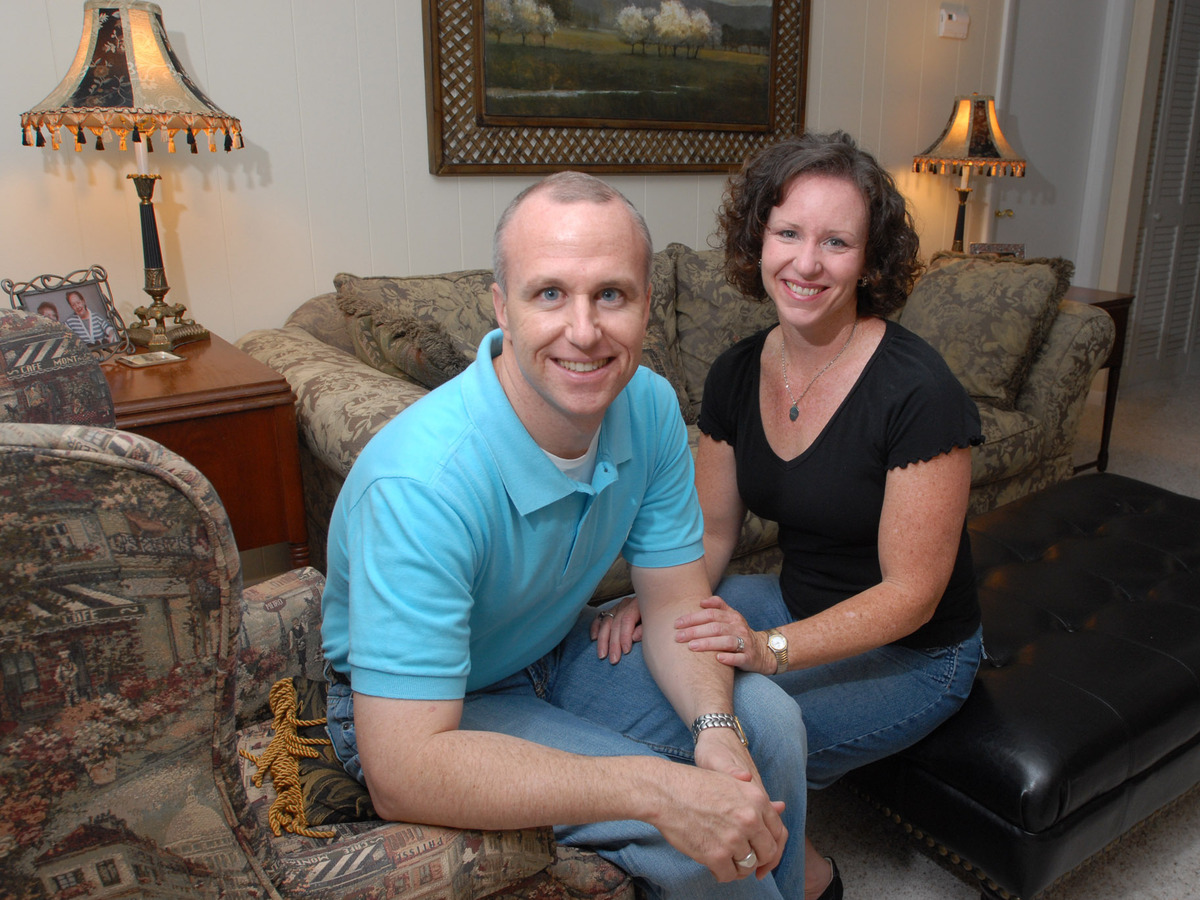 Alan Chambers, president of Exodus International, sits with his wife, Leslie, in their home in Winter Park, Fla., in 2006. Chambers recently announced his group will no longer associate with or promote therapy that focuses on changing sexual attraction.

Supporters call it "conversion therapy." Critics call it "praying away the gay." Whatever name you use, it's creating a ruckus in Christian circles about whether a person can change his or her sexual orientation. And now the largest "ex-gay ministry" is rejecting the approach.

John Smid was 25 when he came out as gay. Three years later, he found religion — specifically, evangelical Christianity. He says the message was clear: You can't be a Christian and engage in homosexual behavior. So he joined Exodus International, the largest ministry that tried to "cure" people of same-sex attractions.

"I followed everything they told me to follow," Smid says. "I became one of the best ex-gays anyone could become."

Smid married and eventually became the executive director of Love in Action, another ex-gay ministry. For years, Smid underwent conversion or reparative therapy, in which he analyzed his childhood wounds and learned to forgive, heal and move on.

But, Smid says, nothing worked.

"I found after 24 years that the changes that I had hoped for, or that I had prayed for, actually never occurred," he says.

I found after 24 years that the changes that I had hoped for, or that I had prayed for, actually never occurred.

In 2008, Smid left Love in Action and came out again. He's still married, but says each day is a struggle for him and his wife.

Warren Throckmorton, a psychologist and professor at the evangelical Grove City College, has heard this before. He recently surveyed 239 men in "mixed-orientation marriages," in which the husband is attracted to other men and the wife is heterosexual. About half the men had been through some conversion therapy.

Another study by Mark Yarhouse, a researcher at Regent University — which was founded by Pat Robertson — came to the same conclusion. Throckmorton says the research by evangelical and secular scientists puts ex-gay ministries and conversion therapy on the defensive.

Earlier this year, Alan Chambers, the president of Exodus International, addressed the Gay Christian Network, which was notable because many in the network are more open to gay relationships. Chambers said that "99.9 percent" of the people he had met through Exodus International either had not changed their sexual attraction or still struggled with temptation. He got a laugh when he told the gathering that there are no quick fixes, "no hocus pocus, no magic wands, no '1-2-3, now be free, go be straight, date and mate!' "

Last month, Exodus International made it official: It would no longer associate with or promote therapy that focuses on changing sexual attraction.

It's not going to work for everybody. ... But it will work for some people, so we're happy with anything that helps.

"It's not going to work for everybody. It might not even work for most people," he says. "But it will work for some people, so we're happy with anything that helps."

A Question Of Salvation

But Chambers at Exodus International says conversion therapy does not help. Rather, it damages, because it makes people feel sinful for their natural inclinations. Worse, he says, the church can make people feel like outcasts.

"I believe we've been hypocritical," he says. "I believe that we have looked at the issue of same-sex attraction differently than we look at anything else."

Chambers compares same-sex attraction to adultery or pride. But Gagnon says homosexual behavior is worse according to the Bible.

"Homosexual practice is regarded by the writers of Scripture as a particularly severe sexual offense that's on the order of say, incest with one's parents," Gagnon says.

Chambers also believes that homosexual acts are a sin because the Bible calls for heterosexual marriage. He says gay Christians must either be celibate, or if they want to marry, it must be with someone of the opposite sex. But he says even if you are in a gay relationship, you can still be a good Christian.

"I believe that once someone knows Christ that they have an irrevocable relationship, that if someone has a saving knowledge of Jesus Christ, that God's bigger than removing something at the first sign of trouble," Chambers says, referring to salvation.

But Gagnon and other conservative Christians say groups like Exodus International are moderating core biblical beliefs — and giving people false comfort about salvation.

"The problem is, you can't assure people that are engaged in serial, unrepentant sin of an egregious sort that they're going to be in heaven," Gagnon says.

Yet, increasingly, science and the evangelical community, particularly young people, are taking a more open view of homosexuality, which bodes ill for ex-gay ministries and conversion therapy.