Accessibility links
Movie Interview - Sarah Polley - A Long Look At What We Feel Is Missing The actress turned director just released her second feature, Take This Waltz, a look at a young couple's suddenly flat marriage. Polley spoke with NPR's Melissa Block about the movie, Hollywood's portrayal of women, and the perspective that comes with being a female director. 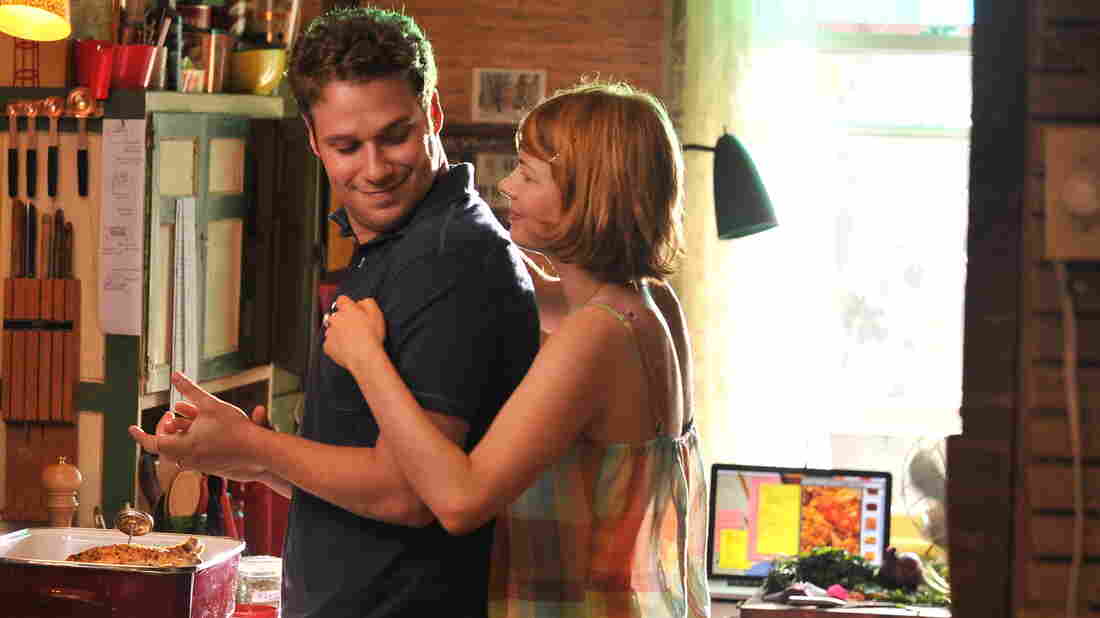 Seth Rogen and Michelle Williams as a husband and wife whose marriage becomes strained in Take This Waltz, the latest film from Canadian director Sarah Polley. Magnolia Pictures hide caption

Sarah Polley started acting when she was 4, in her native Canada. She earned critical acclaim for her performance as a teenage girl injured in a school bus crash in Atom Egoyan's film The Sweet Hereafter.

Polley made her debut as a director with the subtle and devastating film Away from Her — a portrait of a marriage later in life, as the wife (Julie Christie) is pulled away by Alzheimer's disease.

Now, at 33, she's made a second feature film, called Take This Waltz. It's about a young couple (Michelle Williams and Seth Rogen) in a relationship that's settled into flat routine; when a handsome artist and rickshaw driver moves into the neighborhood, the marriage is threatened.

Polley spoke to Melissa Block of All Things Considered.

From 'Take This Waltz'

From 'Take This Waltz' - 'Rickshaw'

On portraying a marriage in crisis

"The original idea for the film was wanting to talk about that general feeling of emptiness that all of us have at some point in our lives, if not most of our lives — that feeling that something is missing. And I feel like we live in a culture where we interpret the feeling of something missing to be that something is actually wrong, and needs to be fixed, or can be fixed. So I thought it was an interesting thing to talk about what happens in a long-term relationship when maybe the conversations have died down, the passion has certainly died down — maybe there's a certain amount of contentment, but a feeling that there could maybe be more if someone was to look outside of it."

On a couple's private language, overheard

"I didn't want to make a film about a marriage that was terrible and toxic. I wanted to make a film about a marriage that was playful and content, and had the inhibition about it that I think you can only have with someone who you've really gotten to know, with all of their good qualities and all of their faults. I feel like people — when they've been together for a very long time and have gotten perhaps too comfortable — are capable of behavior that they would just be astonishingly embarrassed about if anybody in the outside world could see them. So I wanted to sort of be a fly on the wall for that weird language that develops between married couples that no one in the outside world should be expected to understand."

On the cafe seduction scene in 'Take This Waltz'

"We had an exhaustive rehearsal process before shooting the film, but this was the one scene we actually didn't rehearse. So Michelle [Williams] had never heard those words and Luke [Kirby] had never had to say those words in front of Michelle before. ... 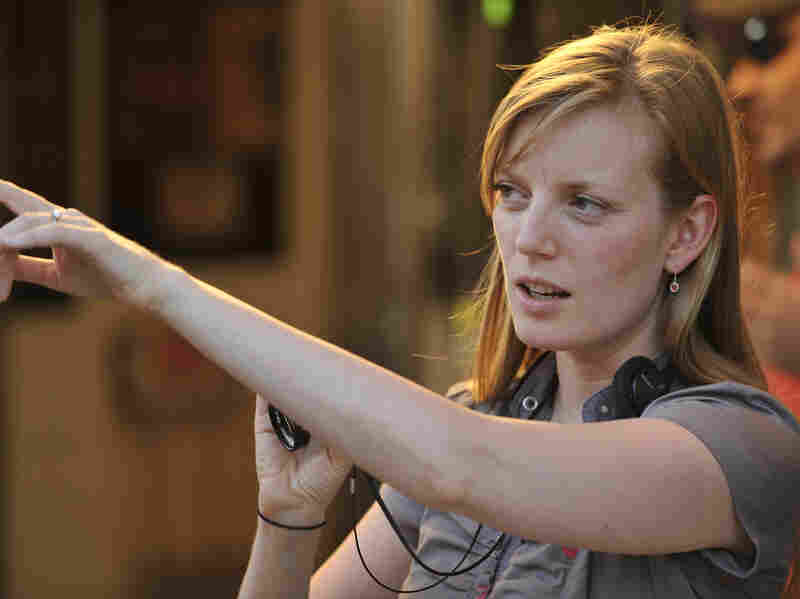 Sarah Polley on the set of Take This Waltz. Before turning to writing and directing with 2006's Away from Her, Polley was known as an actress in films such as Go, The Sweet Hereafter and Dawn of the Dead. Magnolia Pictures hide caption 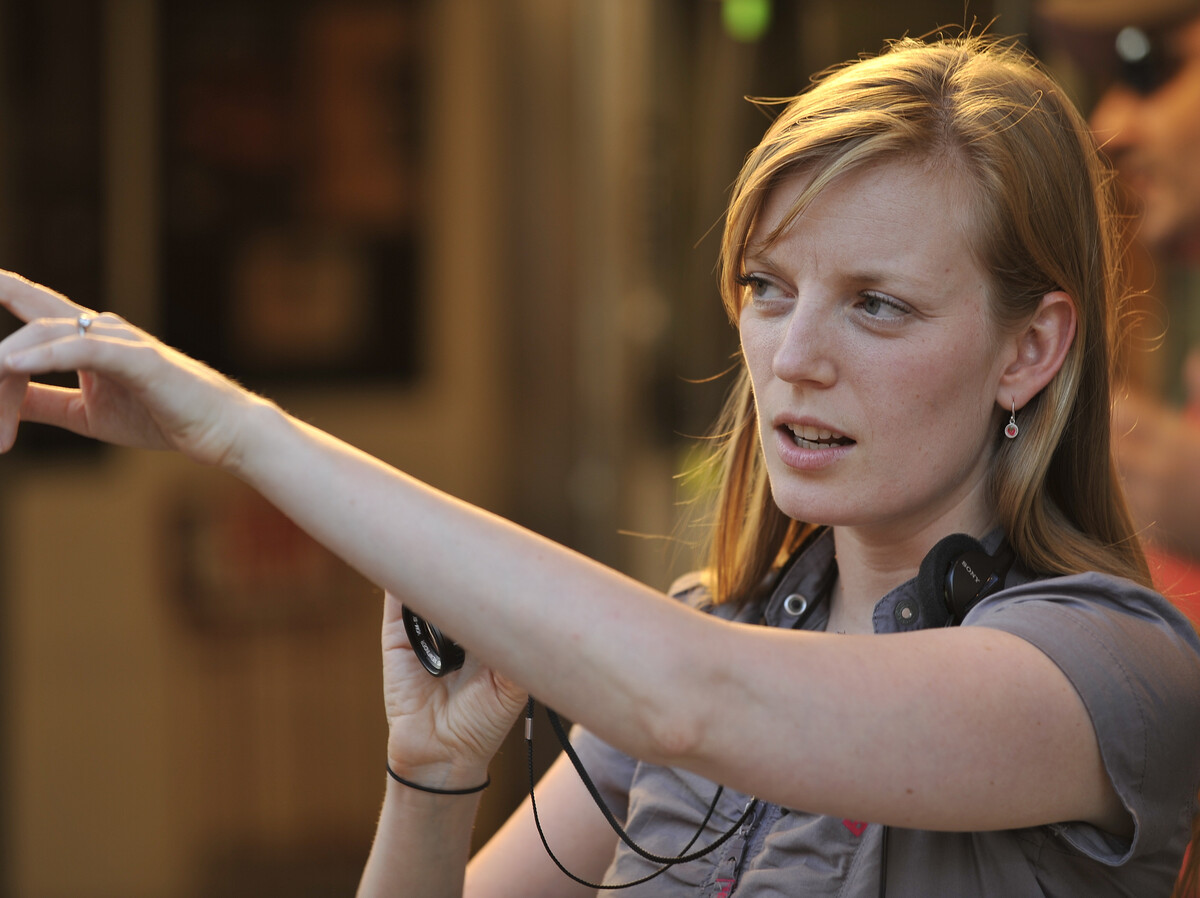 Sarah Polley on the set of Take This Waltz. Before turning to writing and directing with 2006's Away from Her, Polley was known as an actress in films such as Go, The Sweet Hereafter and Dawn of the Dead.

On the perspective of a female director

"I'm not sure that a man might not have taken the same perspective as I did, but that's not to say that I don't think there should be more female directors out there. ... The answer I want to be able to give is, 'Yes, absolutely, the fact that I'm female is the only reason I could have this perspective!' But I'm forced to admit that — as awful as it's been that men have been the only people making films — they have done a pretty good job of capturing women. Or at least, the great filmmakers have. I think Hollywood has done a terrible job of capturing women, but the filmmakers that I grew up with and admire and respect have generally been really great at it, in the same way that women would be great at giving us a better perspective on men. Maybe in a strange way it's the opposite; maybe what we have to offer is a really interesting perspective on the other gender that can only be offered because we have some distance and are watching."

On the portrayal of female bodies in film

"I feel like with young women, their bodies are constantly objectified and used in a sexual context. With older women, [their bodies are] constantly the butt of a joke. For me, the seminal scene that illustrates that is, in About Schmidt, when Kathy Bates gets into the hot tub and Jack Nicholson is horrified and the audience is supposed to scream.

"I remember being so deeply offended by that scene. One of the first times you're dealing with an older woman being naked in a movie — it doesn't happen very often — and it's the butt of a joke, or it's supposed to horrifying. [In a shower-room scene in Take This Waltz] I wanted to show women's bodies of all ages, kind of without comment, and the only conversation around it is about time passing and what it means, and about sexuality and relationships. That it not be something contrived to produce an effect, necessarily."