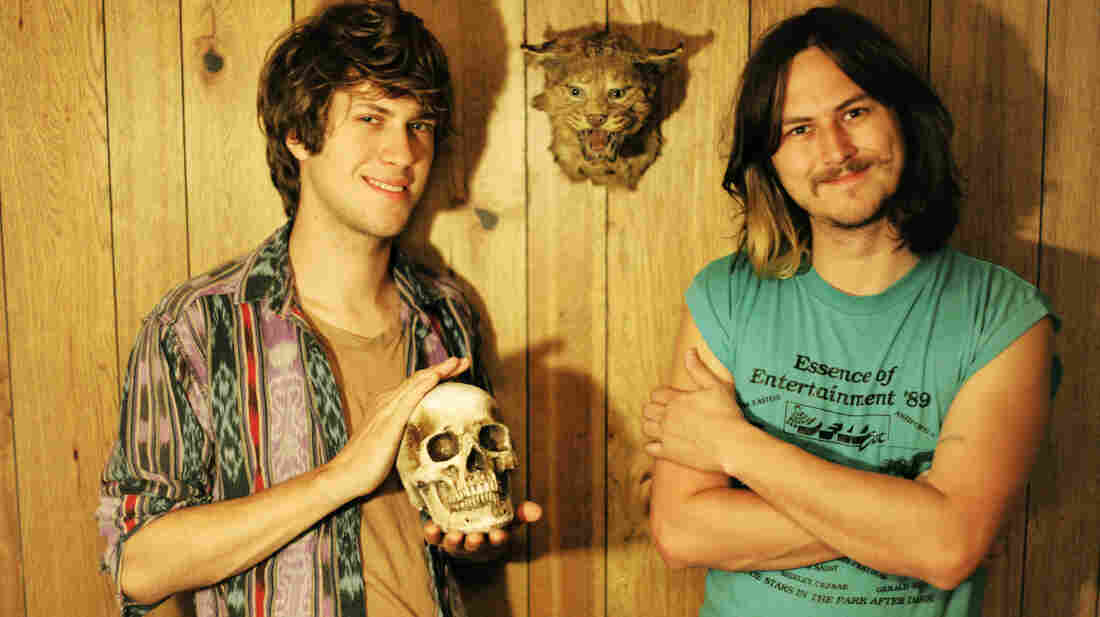 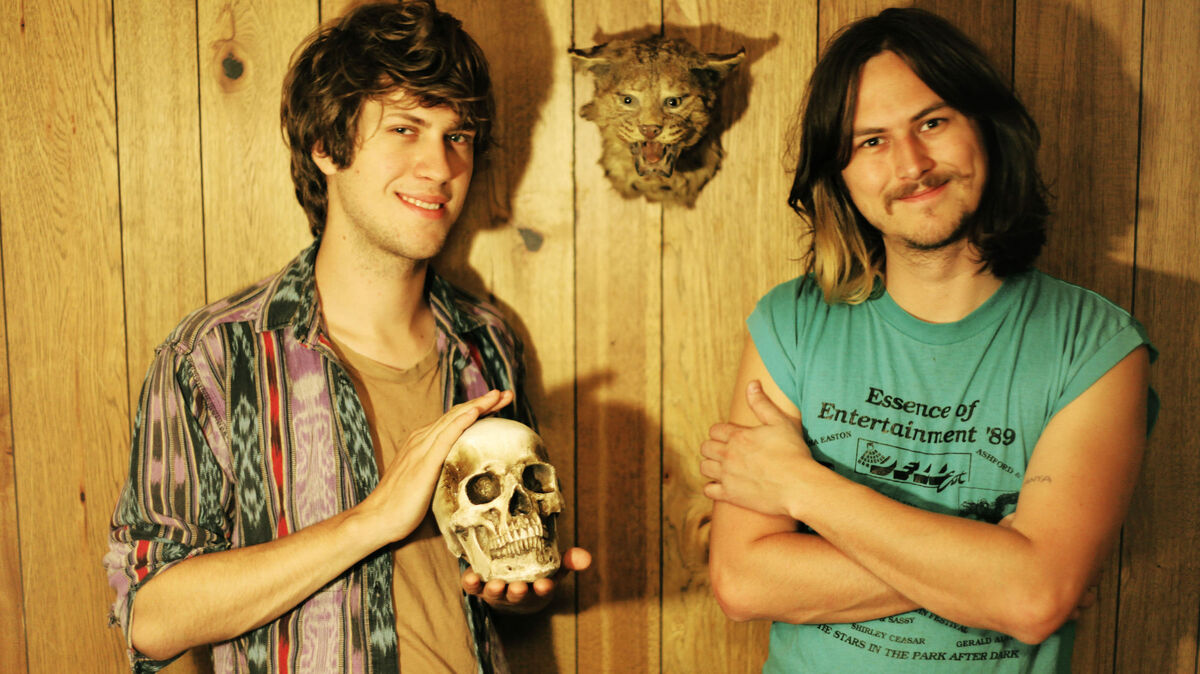 The real-life brothers behind JEFF the Brotherhood, Jake and Jamin Orrall, know how to find the sweet spot that connects larger-than-life rock majesty to good-natured every-guy doofiness. They're the sort of shaggy-haired dudes who doff their shirts, crack open beers and break out the taxidermy before performing songs from We Are the Champions in the NPR Music offices. But then they bash out heroically anthemic rock 'n' roll that's as polished and sweetly hooky as it is hedonistic.

With The Black Keys' Dan Auerbach producing, JEFF the Brotherhood's big-label debut, Hypnotic Nights, doesn't want for polish or sweet hooks: The Nashville duo rightly gets compared to the Ramones and Weezer a lot, and Hypnotic Nights draws from the shiniest side of both bands. Still, the new record, out July 17, is a gleefully debauched blast of beer-loving, party-friendly celebration. It's somewhat front-loaded — the album's back half slows down amid the sax and sitar of "Region of Fire," and closes with a lengthy cover of the Black Sabbath ballad "Changes" — but the best stuff is virtually irresistible.

As mission statements go, it's hard to top the album-opening "Country Life," which chronicles the purest joys of JEFF the Brotherhood's existence — beer, dogs, records, youth, "a place where I can smoke meats" — while still understanding that there's plenty more to appreciate beyond the county line. "Country Life" is followed immediately by the even-simpler pursuits of "Sixpack," but that song only makes Hypnotic Nights more relatable: There's no time like midsummer for listening to best friends and brothers sing rock 'n' roll songs about beer. There'll be lots of opportunities for thinking when September rolls around.