Accessibility links
Review: Baroness, 'Yellow And Green' The double-album is an embarrassment of riff-based riches and melodic surprises from the metal band. 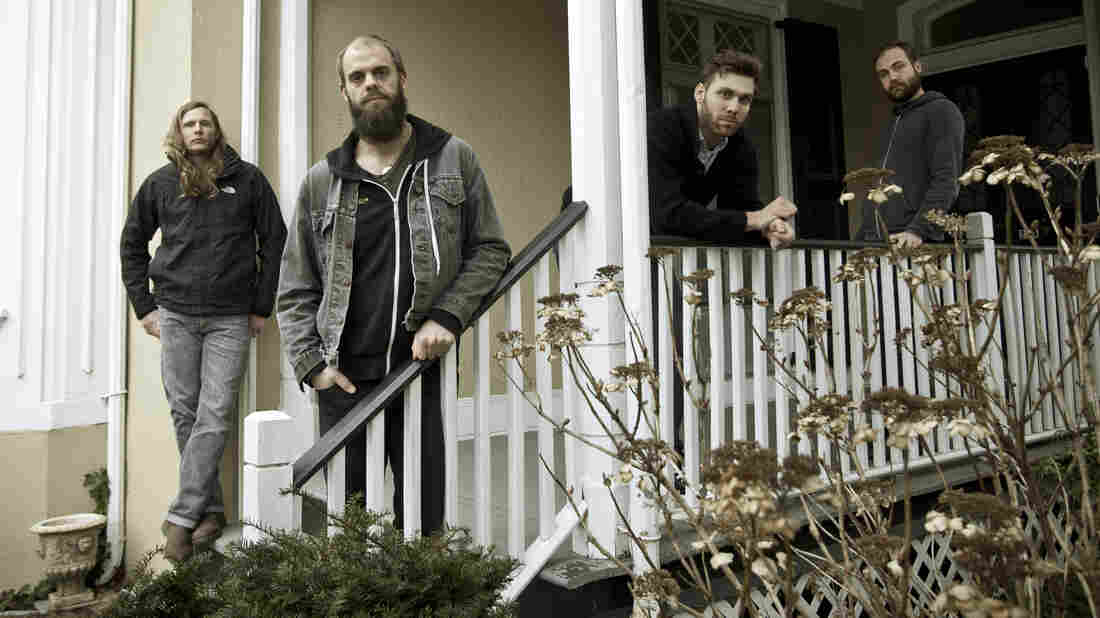 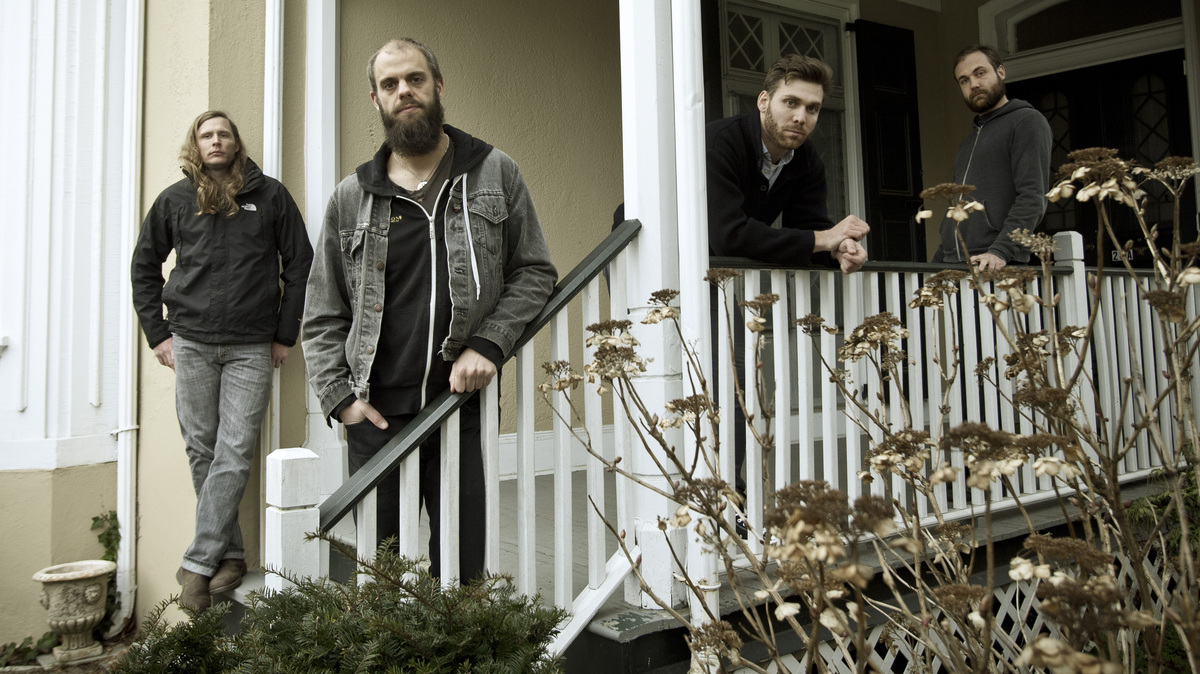 The night I became a Baroness fan, the band shared an oddly paired bill in 2004 with a bunch of local punks at the now-long-gone DIY space Tite Pockets in Athens, Ga. Surrounded by soundproofing egg crates and a small library of anarchist literature and xeroxed zines, here was a twin-lead-guitar sludge-metal band from the coastal town of Savannah, winning over not only a small throng of punks, but also a dude at a cross-section of deciding which music meant the most to me. You could say it's metal, but Baroness embodies a restless creativity, a self-awareness that seeks the heavy in unexpected places. It's a quality that's kept me guessing at every turn Baroness makes.

Baroness has a new double-album out July 17 called Yellow and Green, a lyrically introspective and musically expansive work that's arguably less metal and more rock. It will challenge metalheads who seek brutality in the stacks of ear-shattering amps, but for longtime fans who've witnessed Baroness' transition to a more classic-rock and progressively minded band, the journey ought to make sense. In an interview with lead vocalist and guitarist John Baizley — conducted at the Fillmore in Silver Spring, Md., during Baroness' spring tour with Meshuggah and Decapitated — he says the band "started to see music in a slightly different way."

"I think what happened was," Baizley says, "it felt like maybe we and a handful of other bands went a little overboard with [instrumental technicality], to the point where we'd get off stage and be like, 'My hands are sore. My body's sore. I'm emotionally spent. I'm physically spent. I'm psychically spent. And, furthermore, what did I say? What did I say that's got me this spent?'"

Following in the color scheme of Baroness' previous album titles, 2007's Red Album and 2009's Blue Record, Yellow and Green is as diverse as it is long at 75 minutes. Sequenced to play like two short records, Baizley says it's "a more palatable way of presenting all this stuff," but it's hard not to get lost in the dynamic arc of the thing. On the Yellow half alone, there's an embarrassment of melodic and riff-based riches, where the anthemic vocal hook of "Take My Bones Away" will get stuck in your head for days; where the aggro-chug of "March to the Sea" turns into a flurry of technical guitar wizardry bedded by a plaintive chorus, and where the processed drum production and floating synths in the psychedelic "Cocainium" belong on a Stereolab record.

Though no less dynamic, Green is the less heavy and more reflective of the two halves, but not by much. "Board Up the House" should please fans of Blue Record for all of its '70s hard-rock riffs and mountain-thunder drums. "Mtns. (The Crown & Anchor)" and "Collapse" have a jammy and jangly Meat Puppets-like quality, with laid-back acoustic guitars and swirling effects panning the channels. But as many comparisons are made to other artists and other eras, the goal is the same for Baroness: Move forward.

"It seems obligatory for a band that wants to move forward to try to do things that seem impossible and seem way out there, because that's going to be where you define yourselves," Baizley says. "And that's how you're going to make steps forward, is by doing things that feel a little exposed and feel a little uncomfortable at first. That's personal music. That's where the heartbeat of this band lies. We can do something this year that we were completely incapable of doing last year. Once we've done this and it becomes a part of what we do, then we're just going to look for something else. Music — it's a super-broad thing. We are all individuals, so we've got broad tastes. It's a disservice to the band, it's a disservice to us as individuals and it's a huge affront to our audience if we don't try."