Accessibility links
Texas Seeks New Water Supplies Amid Drought Ranchers endured a tough time during the seven-year Texas drought in the 1950s. But last year was the hottest, driest period in the record books. As the state braces for another arid summer, it is getting more serious about finding new sources of water. 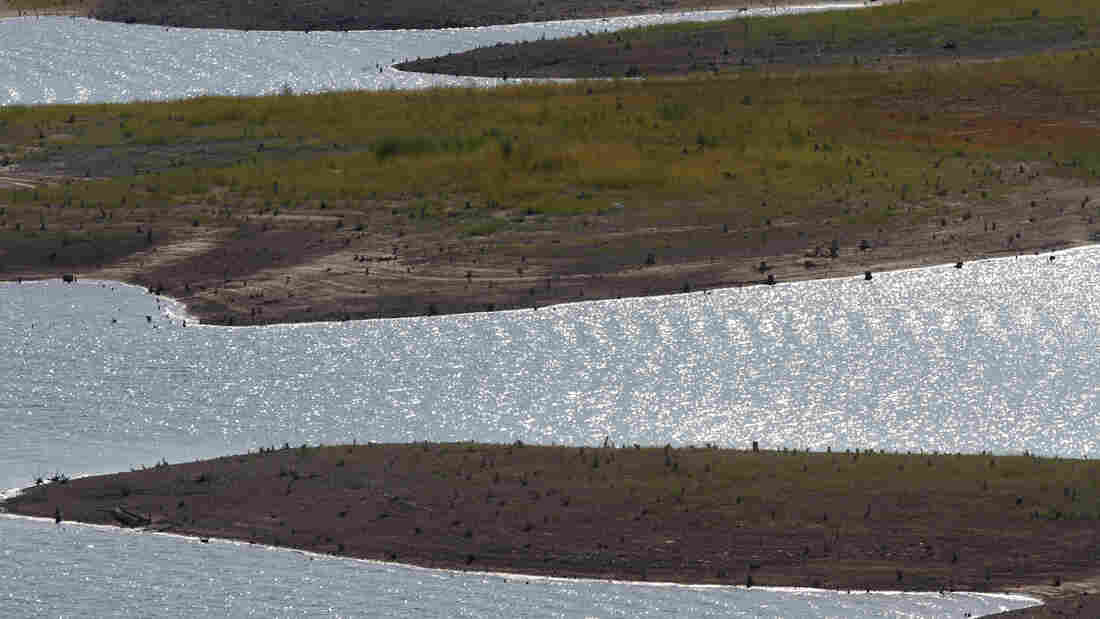 Receding water at Lake Travis near Austin, Texas, has the state concerned about its water supply. In 2011, Lake Travis had the lowest inflow since it was created about 70 years ago. Joshua Lott/Reuters/Landov hide caption

The punishing seven-year drought of the 1950s in Texas brought about the modern era of water planning. But the drought of 2011 was the hottest, driest 12 months on record there.

Though only a handful of towns saw their water sources dry up last summer, it got so bad that cities, industries and farmers began to think the unthinkable: Would they run out of water?

With the state's population expected to double by 2060, Texas must begin an expensive and politically charged search for new water sources. No other reservoir in Texas better symbolizes the state's competing demands for water than Lake Travis, nestled in the juniper-covered hills west of Austin.

Marina owners, a nuclear power plant, computer chip makers, rice farmers and the booming city of Austin all depend on Lake Travis and its upstream cousin, Lake Buchanan, for their existence.

Last summer, Lake Travis was nearly two-thirds empty. Today, the drought persists, and the lake is only half full.

Boat ramps lead to nowhere. Weeds encroach where bass used to swim. The views of million-dollar homes look out on boat docks sitting on a bed of dried mud.

Connie Ripley is a Texas homeowners activist. "A lot of people are trying to sell their properties because they're just fed up with Lake Travis," Ripley says. "I mean, we're looking in Colorado right now. It's just not worth the hassle of the lake going up and down and up and down constantly, when it could be managed better." 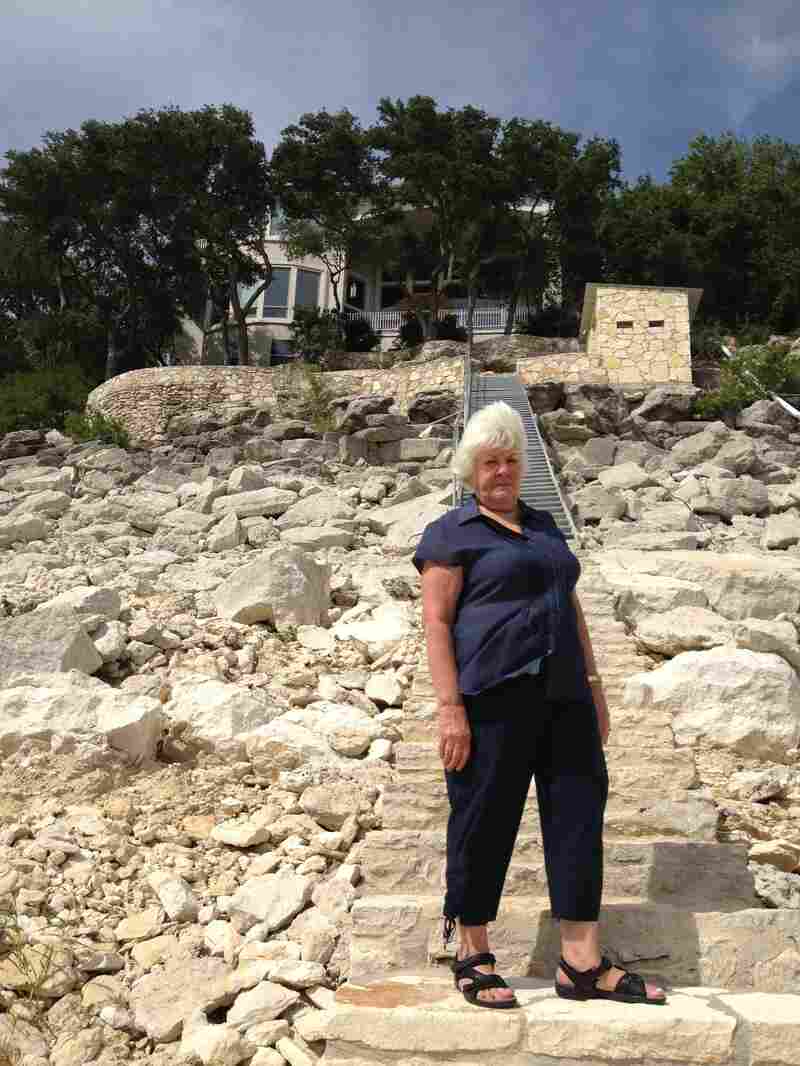 Connie Ripley stands 30 feet below the normal water line in front of her house on Lake Travis, which is half full because of the ongoing drought. John Burnett/NPR hide caption 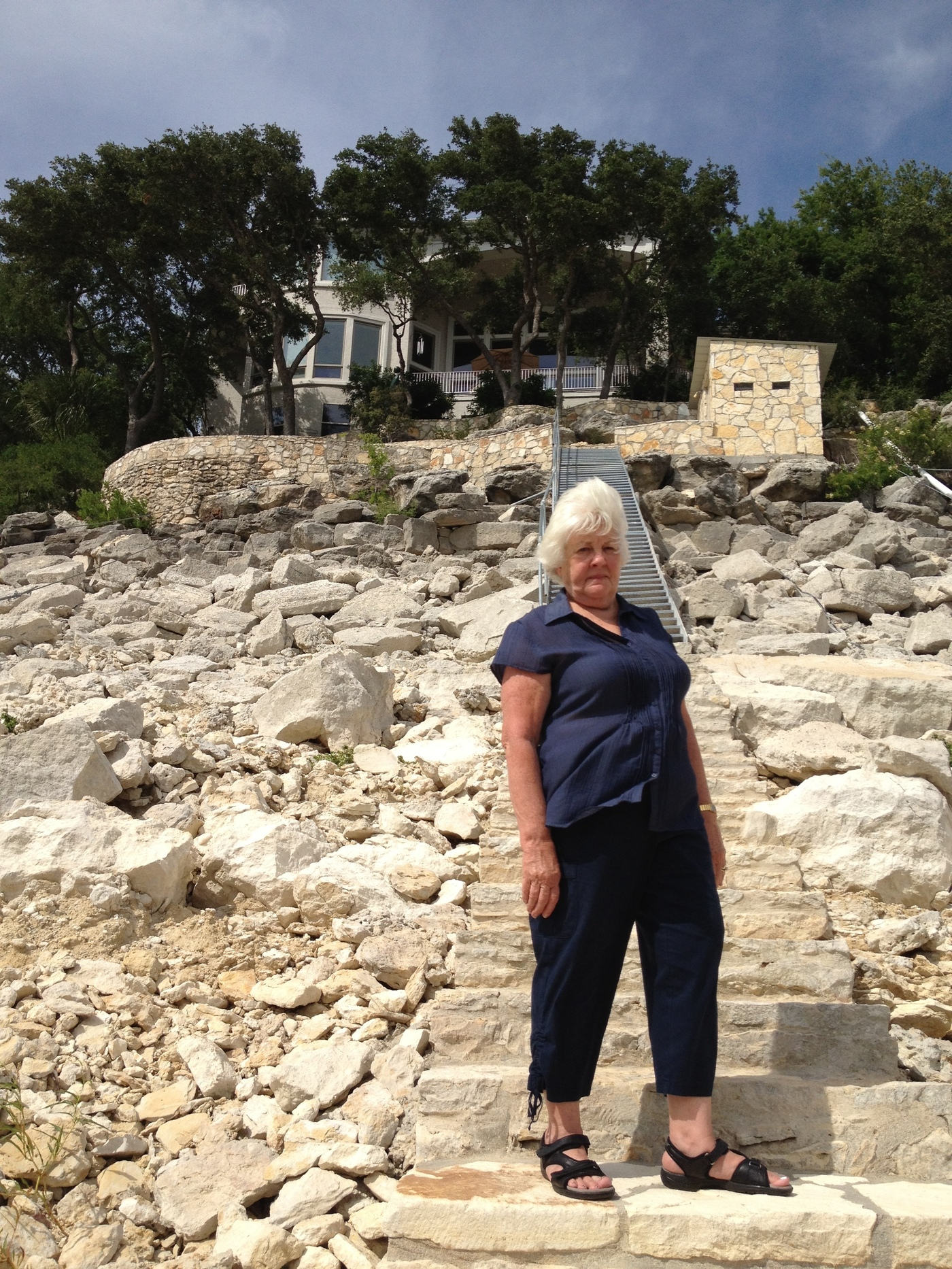 Connie Ripley stands 30 feet below the normal water line in front of her house on Lake Travis, which is half full because of the ongoing drought.

Ripley and other upstream water users are increasingly concerned over the fact that half of all managed water in Texas goes to agriculture. In the case of Lake Travis, 60 percent of the water released from the dam last year went to farmers 300 miles downstream.

"We had plenty of water last year at the beginning of the season. So the farmers got their water, and they just continued to take all the water they wanted," Ripley says.

That's not the case this year.

In March, the Lower Colorado River Authority, the entity that manages this basin, asked the state for emergency authority to cut off water to the farmers, fearing there wouldn't be enough water for customers such as Austin.

The Franzen brothers raise cattle and rice in Matagorda County, down on the Texas coast, and they depend on the Colorado River to flood their rice fields.

Derril Franzen, in jeans and a cowboy hat, surveys an unplanted field of gray dirt.

"It's the funniest feeling we've had in our life. It's the first year in the history of this ranch that's been producing rice since the early 1900s that we haven't had any water," Franzen says.

Rice farmers don't have a lot of sympathy for people who value Lake Travis for the pretty sunsets.

Haskell Simon is a rice farmer and a spokesman for his industry in the county seat of Bay City.

"Now if those folks feel strong enough they want to take away our livelihood by using water for their recreational and development needs, then perhaps they should be talking to us about how to compensate the farmers for their loss of livelihood, which we've depended on for 110 years," Simon says.

These are the kinds of stakeholders sitting at the table these days, all demanding answers from Becky Motal, general manager of the Lower Colorado River Authority.

"2011 got a lot of people interested in the fact that, gee, we need more water," Motal says. "You know, there's more demand on the system, and everybody wants a share of that water."

Last year was so dry that lakes Travis and Buchanan recorded the lowest inflows since they were created about 70 years ago. Motal says the agency is concerned that 2011 might herald a new drought of record, 60 years after the 1950s drought.

"One of the ways to address that is don't wait till you're there, but start to plan for new supplies of water," Motal says. 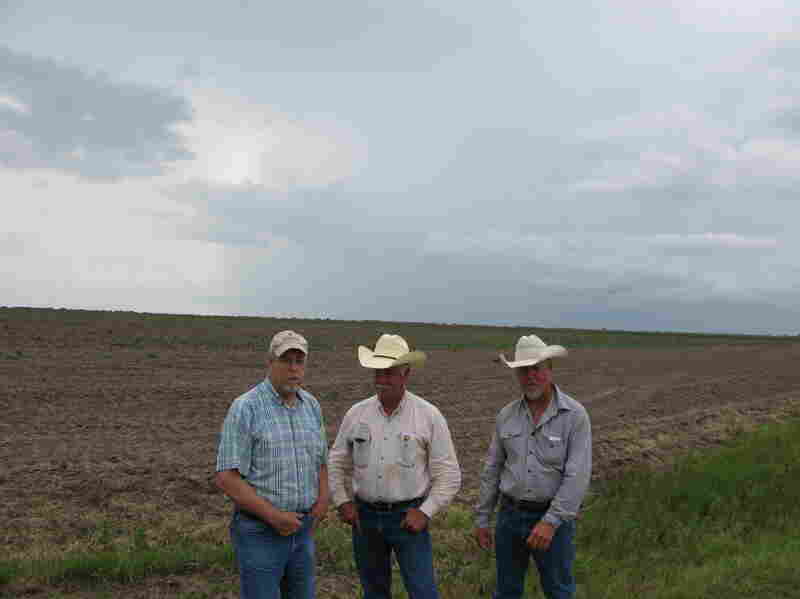 For the first time in their farm's history, brothers G.W. (from left), Derril and Wesley Franzen can't plant rice on their land because the drought forced Texas to cut off their agriculture water. John Burnett/NPR hide caption 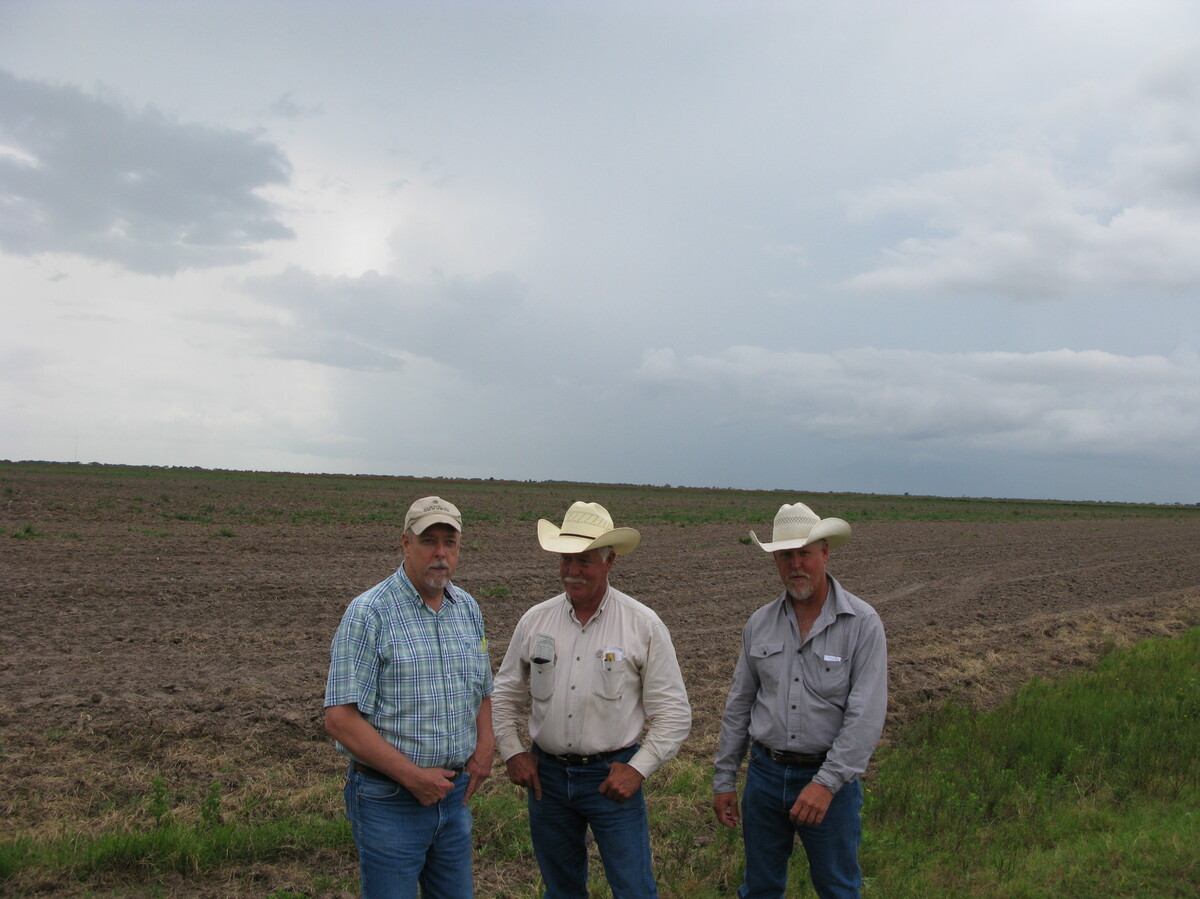 For the first time in their farm's history, brothers G.W. (from left), Derril and Wesley Franzen can't plant rice on their land because the drought forced Texas to cut off their agriculture water.

The state's answer to the 1950s drought was to double the number of reservoirs. But today, lakes are not nearly as popular. With opposition from environmentalists and property owners, reservoirs can take decades to clear legal hurdles for construction. And there are practical considerations: Last year, Lake Travis lost more water to evaporation than it contributed to its biggest customer, Austin.

So Texas water planners have to think outside the box.

They're experimenting with treating and reusing wastewater. They're exploring small off-channel storage reservoirs built off a river's main stem.

A few Texas cities have built desalination plants to purify the brackish groundwater that underlies vast stretches of the state.

And San Antonio has had great success with aquifer storage and recovery, whereby surplus water is injected into the porous sands of the Carrizo-Wilcox Aquifer south of town for later use.

Jeff Haby is director of water production at the San Antonio Water System.

"It allows you, when you have plenty of rain and plenty of runoff, to store your excess water for times of need, for those droughts that we know are inevitable here in the state of Texas," Haby says.

There's another critical source of water: conservation. Texans, famously stubborn and independent, must learn to change their ways.

"We're in a semi-arid part of the world. To spend millions of dollars on treated water to put on green grass has got to change," says Bill West, general manager of the Guadalupe-Blanco River Authority, south of Austin.

The road ahead is daunting.

The 2012 Texas State Water Plan lists $53 billion in ambitious projects to make Texas wetter, but this is a state that was forced to make huge budget cuts last year.

The drought has already hurt the state's image, he notes: Photographs of parched Lake Travis have become iconic.

"That sent a message off worldwide that Texas has a problem with water," Larson says. "And when we're out trying to recruit or retain jobs in Texas, that's going to be the No. 1 question: Do you have water available for us?"

If plentiful water is not available, then Texas' storied pro-business climate may start to dry up.