Accessibility links
Botswana's 'Stunning Achievement' Against AIDS A decade ago, Botswana was facing a national crisis as AIDS appeared on the verge of decimating the country's adult population. Now, the country provides free, life-saving AIDS drugs to almost all of its citizens who need them. 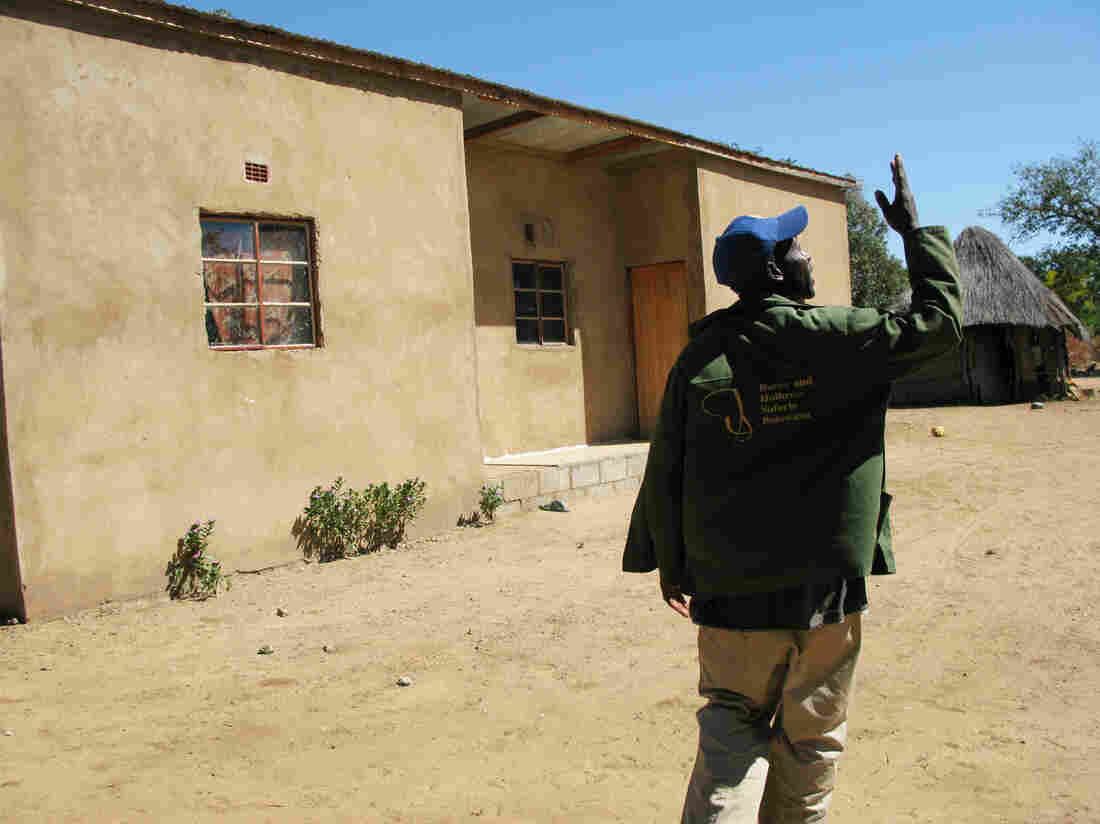 The southern African nation of Botswana has one of the highest rates of HIV in the world. Nearly 25 percent of all adults in the country are infected with the virus. Only the nearby kingdom of Swaziland has a higher rate.

But Botswana is also remarkable for its response to the epidemic. It has one of the most comprehensive and effective HIV treatment programs in Africa. Transmission of HIV from infected mothers to their fetuses and newborn babies has been brought down to just 4 percent.

A decade ago, Botswana was facing a national crisis as AIDS appeared on the verge of decimating the country's adult population. Now, Botswana provides free, life-saving AIDS drugs to almost all of its citizens who need them.

From Funerals Every Weekend

In the dusty village of Kachikau, near Botswana's northern border with Namibia, the chief of the village, Kgosi Mmualefhe, says the national government has gained control of what was a raging epidemic.

Mmualefhe says there used to be AIDS funerals almost every weekend.

The burden of AIDS in villages like this one wasn't just the deaths and the funerals, but the large number of people who were extremely sick.

"Most of the people who were very, very down, now they're starting to pick up and being able to assist themselves," Mmualefhe says. "Some who couldn't even walk, now they're even walking around the village."

And this is happening across the country.

Pioneering The Battle Against AIDS

Part of the reason Botswana's HIV treatment program has been effective is that the country moved relatively quickly to address the epidemic.

In 2002, Botswana became the first nation in Africa to launch a program to try to provide access to HIV drug treatment nationwide. Now, roughly 95 percent of Botswana citizens who need the medications are on them.

From the beginning of the epidemic, there's been tremendous leadership on the part of the government of Botswana to address the epidemic head on.

Kathleen Toomey, head of the CDC's office in Botswana

Kathleen Toomey, the head of the U.S. Centers for Disease Control and Prevention office in Botswana, says this was a remarkable achievement.

"From the beginning of the epidemic, there's been tremendous leadership on the part of the government of Botswana to address the epidemic head on," she says.

That leadership started with Festus Mogae, who became president in 1998. Mogae made tackling HIV one of the top priorities of his administration. While in neighboring South Africa, President Thabo Mbeki was questioning whether HIV causes AIDS, Mogae allocated money and resources toward fighting the epidemic.

In the early days of Mogae's administration, roughly 40 percent of babies born to HIV-positive mothers also ended up infected with the virus.

Toomey, at the CDC, says the government set out to stop this.

"They aggressively addressed that through the treatment of mothers, treatment of babies, and brought the rates of mother-to-child transmission down to rates that we see in the industrialized world," she says. "Stunning achievement."

Botswana has had advantages in addressing HIV that many other countries haven't.

It's a small nation of only 2 million people. It's richer than most in Africa because of large diamond deposits.

It also got help from international donors and research institutions. The U.S. government was involved through both the CDC and PEPFAR, the President's Emergency Plan for AIDS Relief, which was launched by President George W. Bush.

But over the course of the epidemic, Botswana has steadily increased its own spending on HIV. The Botswana government now spends more on health care per capita than any other country in Africa.

"I would have been dead nowadays if I hadn't taken the treatment," Setlhare says.

Just two years after going on the drugs, Setlhare built a new house for himself with his own hands.

"I was surprised seeing myself going on top of the roof of the house and making some bricks for the house," he says.

Setlhare gets his anti-AIDS drugs every month from the public health clinic in the center of the village. He credits the Botswana government AIDS treatment program with giving him back his strength and his life.