Accessibility links
Mubarak's Dream Remains Just That In Egypt's Desert Fifteen years ago, Egypt's Hosni Mubarak embarked on a grand project to cultivate farmland in the desert and create new towns. But massive projects like Toshka in southern Egypt have languished due to mismanagement, corruption and Mubarak's ouster.

In the middle of southern Egypt's windy desert, wheat fields stretch as far as the eye can see on a 24,000-acre farm. It's part of a grandiose project called Toshka that was dreamed up 15 years ago by the government of Hosni Mubarak, Egypt's authoritarian leader who ruled the country for three decades before being ousted last year.

A key component of the Toshka project was to cultivate a half-million acres of farmland in the desert to deal with Egypt's rising demand for food. To irrigate the land, millions of dollars were spent building pumping stations and canals to draw water from nearby Lake Nasser, a vast man-made lake created by the construction of the Aswan High Dam on the Nile River.

But mismanagement, corruption and Mubarak's eventual ouster have left Toshka and other projects languishing. Now, as economic hardship rises in Egypt, there's renewed interest in — and debate over — the Toshka project.

In addition to his goal of cultivating farmland in the desert, Mubarak also sought to create new towns for Egyptians in this vast barren region, with hopes of persuading up to 20 percent of Egypt's population to move here.

"Toshka has a very specific importance, not only as a new area for people to move in, but also being close to the border with Sudan," says Mahmoud Abu Zeid, who heads the Arab Water Council in Cairo and was Egypt's water minister when Toshka was conceived.

"We need to have a new community there, an Egyptian community to live there. And also, you never know what happens between the two countries in the future," he says. "So it has a strategic aim, and also a development aim, supported by decisions from top-down."

Emma Deputy Bracy, a doctoral student in Cairo who is writing her dissertation on the project, says Mubarak saw Toshka as a social contract with young Egyptians.

"They called it 'the march to the desert,' and it was supposed to be literally a relocation of 20 percent of Egypt's population focused mainly on youth," Bracy says. It was also supposed to be a place to reintegrate workers who were coming back from places like Iraq, Saudi Arabia and Libya, she says.

But progress was slow, hampered by mismanagement, shady land deals and repeated delays in funding from both inside and outside Egypt. When then-Prime Minister Kamal el-Ganzouri — the project's key proponent — was replaced in 1999, the project was largely shelved.

Talk Of Reviving The Project 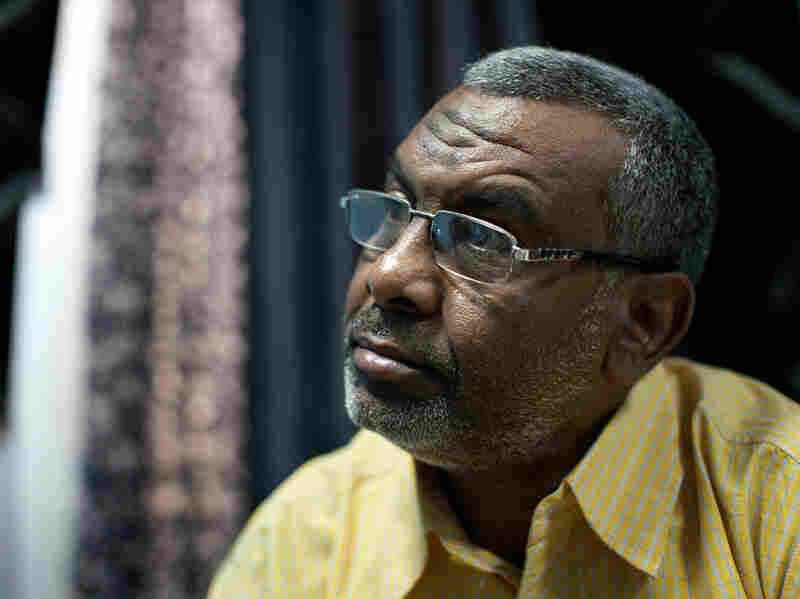 Mohamed Abdul Fattah is secretary-general for the Muslim Brotherhood's Freedom and Justice Party in Aswan, Egypt. The Muslim Brotherhood is adamantly opposed to Toshka and other projects that it links to the excesses of former President Hosni Mubarak. Holly Pickett/Redux hide caption 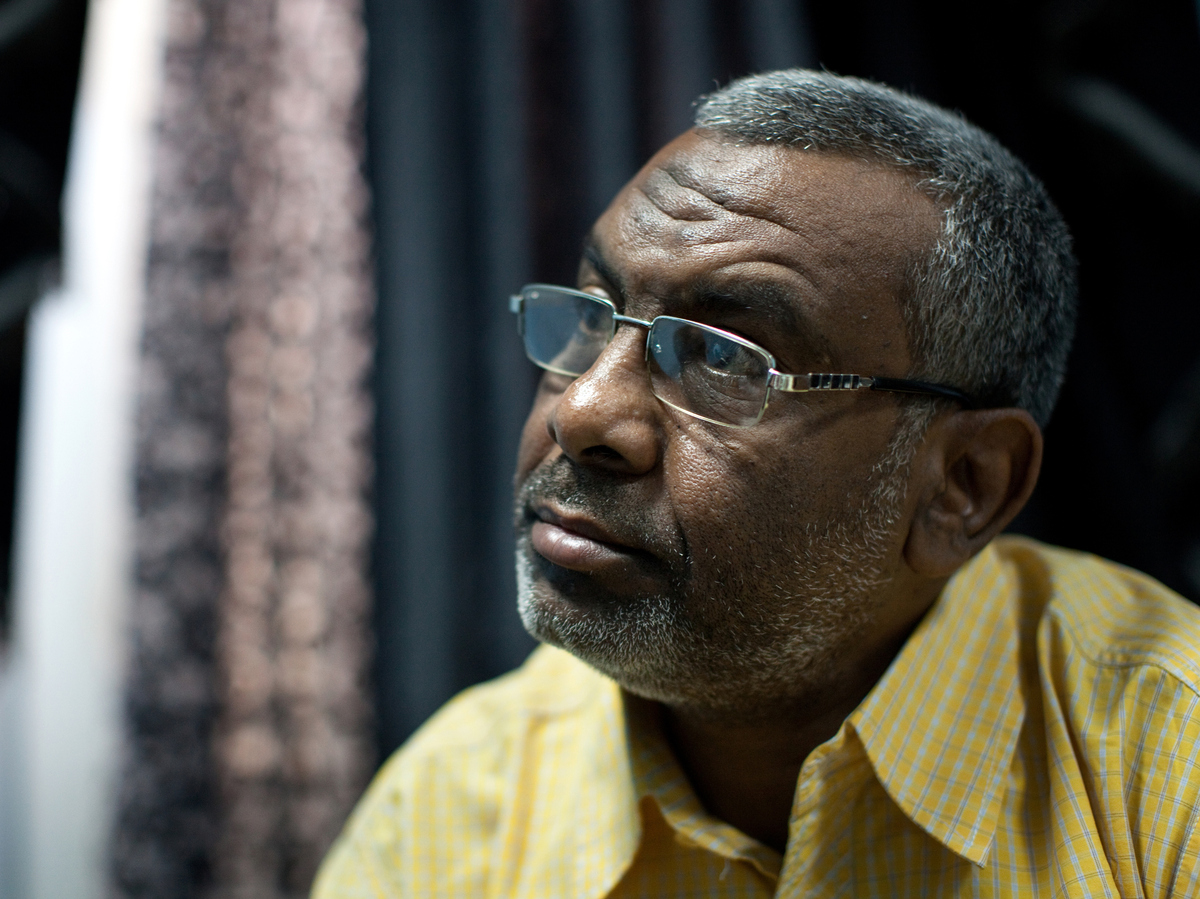 Mohamed Abdul Fattah is secretary-general for the Muslim Brotherhood's Freedom and Justice Party in Aswan, Egypt. The Muslim Brotherhood is adamantly opposed to Toshka and other projects that it links to the excesses of former President Hosni Mubarak.

These days, what's left is a blue-and-white sign in the desert that has become an unintended monument to the project's abandonment. It reads: "New Toshka City."

Now, though, concerns over Egypt's weakening economy have prompted talk of reviving the project. Its key proponent, Kamal el-Ganzouri, was again named prime minister by the ruling generals, although he will be replaced when the new president, Mohammed Morsi, names his Cabinet.

"Ganzouri came back, and he's pushing the project right now very strongly, and encouraging different ministries to finish their plans and so on," says the former water minister, Abu Zeid.

Major hurdles remain, however. Critics say Egypt lacks the means to transport large quantities of wheat and other produce from Toshka to the rest of the country. Most of what the farms there produce now is exported because it's more profitable.

Nor is it easy to cultivate the land. Farm managers say the ground is salty and that it takes about three years to convert into soil that can be used for crops.

"If you want to take the natural conditions into account, probably any kind of solar-energy farming down there would make a lot more sense," adds Bracy, the doctoral student.

The Muslim Brotherhood — a movement in which Morsi was until recently a key leader — is also dead set against reviving the project, which it links to Mubarak's excesses. 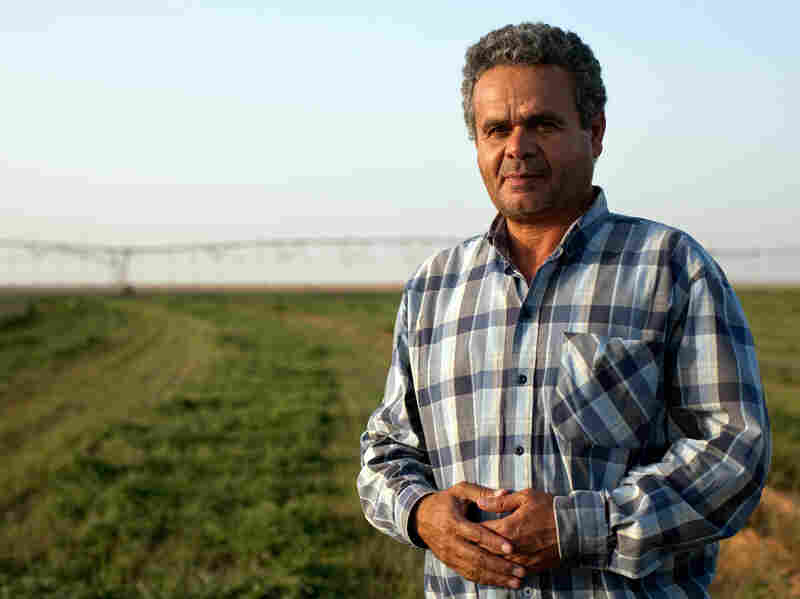 Ibrahim Dahrouk, a crop manager at Saudi-owned Kingdom Agricultural Development Company in Toshka, says the farm provides hundreds of jobs to local residents, including women. The wages of $6 to $9 a day are considered good for the region. Holly Pickett/Redux hide caption 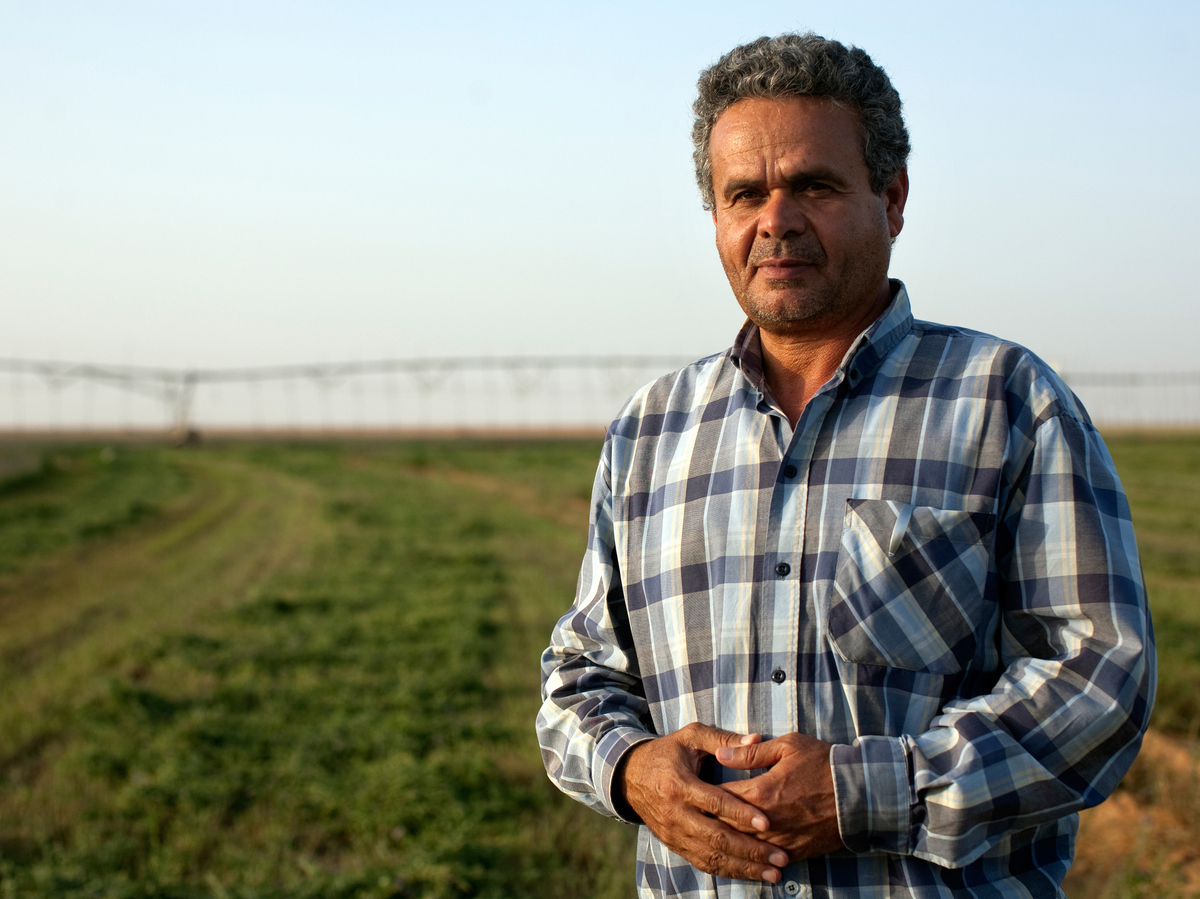 Ibrahim Dahrouk, a crop manager at Saudi-owned Kingdom Agricultural Development Company in Toshka, says the farm provides hundreds of jobs to local residents, including women. The wages of $6 to $9 a day are considered good for the region.

In the southern Egyptian city of Aswan, Mohamed Abdul Fattah, the secretary-general of the Brotherhood's political party, says the group has its own revival plan emphasizing tourism and agricultural projects in other locations.

"I've seen independent studies that show Toshka was doomed to fail to begin with," he says. "A lot of money went into it, but few jobs came out of it. So it's not just about the corruption."

Still, the handful of farms started up as part of the project appear to be thriving. One is Kingdom Agricultural Development Company, owned by Saudi Arabian Prince al-Waleed bin Talal, one of the world's wealthiest men.

Crop manager Ibrahim Dahrouk says the farm provides hundreds of jobs to local residents, including women. They earn between $6 and $9 a day, considered a hefty wage in these parts.

But unemployment is rampant in the nearby town of Abu Simbel, which has suffered because of the steep decline in Egyptian tourism since the revolution. Dozens of angry men recently staged a sit-in at the electric company there after the government hired out-of-towners for 60 jobs in the area.

Some of the protesters claimed if Toshka was revived, it would go a long way to eradicating poverty in Abu Simbel and other communities in southern Egypt.

Assad Abeid el-Majeed, the mayor of Abu Simbel, argues that Toshka is a national project that Egyptians should take pride in. The pumping stations and other infrastructure are there now, he says, and they should be put to use.