Accessibility links
For Manufacturing Jobs, Workers Brush Up On Math Today's manufacturing work requires a strong grasp of fractions, decimals and basic trigonometry — skills that many job applicants often lack. So colleges and nonprofits are stepping in to fill the skills gap with programs that combine manufacturing training with basic math and reading. 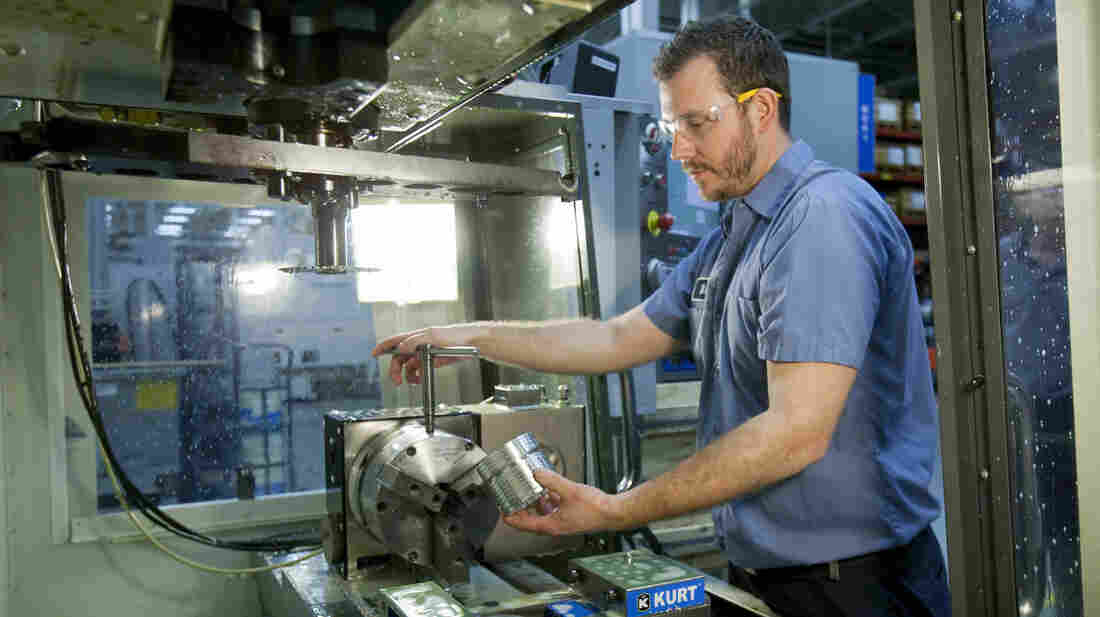 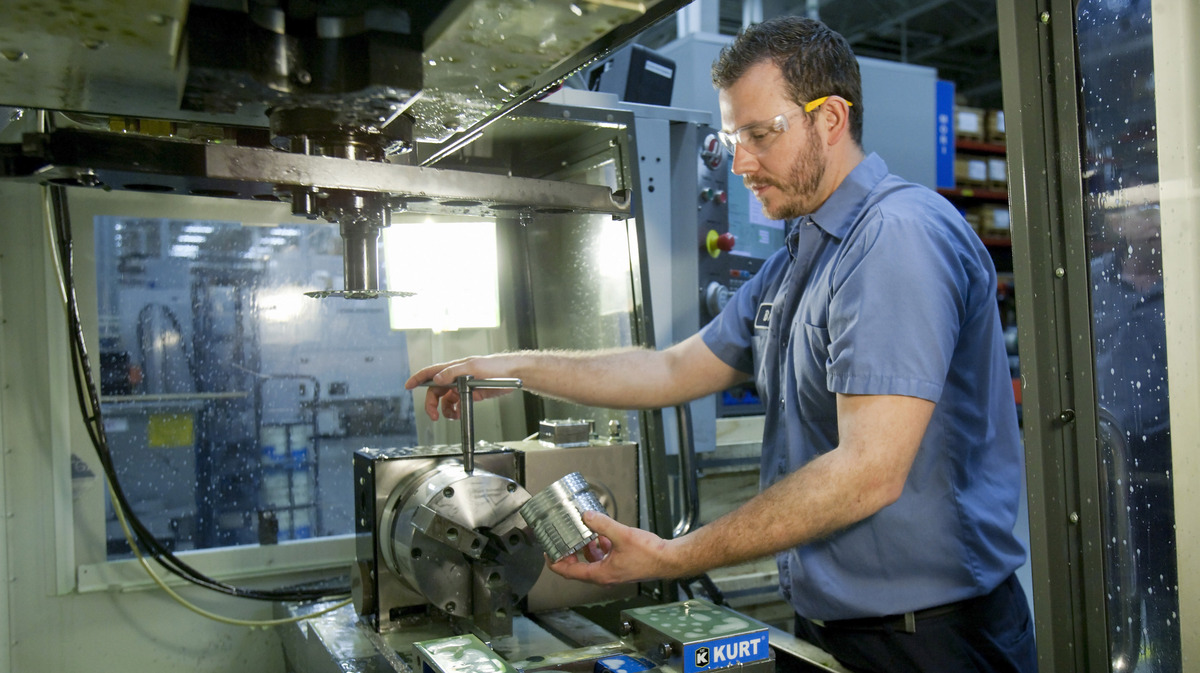 Politicians have touted modern manufacturing as the solution for lifting the economy and providing good jobs.

But today's manufacturing work requires strong math skills — not just adding and subtracting, but a good grasp of fractions, decimals and basic trigonometry. And job applicants who want to go into manufacturing often don't have what it takes.

So colleges and nonprofits, especially throughout Illinois, are stepping in to bridge this skills gap by combining manufacturing training with basic reading and math.

Doing Math On The Job

During the recession, more than 2 million manufacturing employees lost work. Since then, just about half a million jobs have come back. You can do the math: that means at least 1.5 million people are still out of work.

But when you talk to employers, they say they can't find good people to hire. North American Tool Corp.'s Jim Hoyt has two openings right now for his northwest Illinois company, and he expects to continue hiring. But he often sees the same problem crop up during the application process.

"I'll write a few numbers down, mostly numbers with decimal points, because that's what we use in manufacturing, and have them add them or subtract them, or divide by two," Hoyt says. Job applicants often can't do the math.

But calling these machines computerized is almost a misnomer because there are still plenty of manual calculations. And if you're off, even by a fraction, the equipment can crash.

Hoyt says a CNC crash usually happens because of a number that's typed in wrong or calculated incorrectly. "I'll hear a wreck in my office and pretty much the whole shop will get quiet," he says. Those crashes can cost tens of thousands of dollars in fixing the expensive CNC machines and lost productivity.

These days, many employers don't want to teach the basics and risk damaging equipment. So students have turned to vocational programs at schools like the Richard J. Daley College on Chicago's South Side to learn how to operate CNC machines.

Ray Prendergast, who directs the college's manufacturing programs, says algebra and basic trigonometry are prerequisites. The college's admissions testing measures entry-level proficiency. But Prendergast says, "The majority of students who come into my program are not at English 101, and they're not at Math 118."

So Daley College just began offering remedial education for manufacturing. In the past few years, these bridge programs have become especially popular throughout the Midwest, where many who offer CNC or welding courses realize the students just aren't ready to go straight into the coursework.

Becoming The Next Generation

Nonprofits, including the Jane Addams Resource Corp., one of Chicago's first bridge programs, are also stepping up to meet the training needs,

Bernarr Patton, a former student there, says his bridge instruction was essential for what he wants to do now. The training has helped him with all the mathematical calculations involved in welding.

He says he also wants to go into welding to follow the footsteps of his uncle, an iron worker who started his own company. Patton hopes becoming part of the newest generation of manufacturing workers will be a good enough business that maybe he can pass it on to his two sons.