Accessibility links
Newport Folk 2012: The Preview Mix Get your singing voices and tambourines ready: NPR Music is heading to the Newport Folk Festival. This mix provides a primer for all of this year's performing artists. 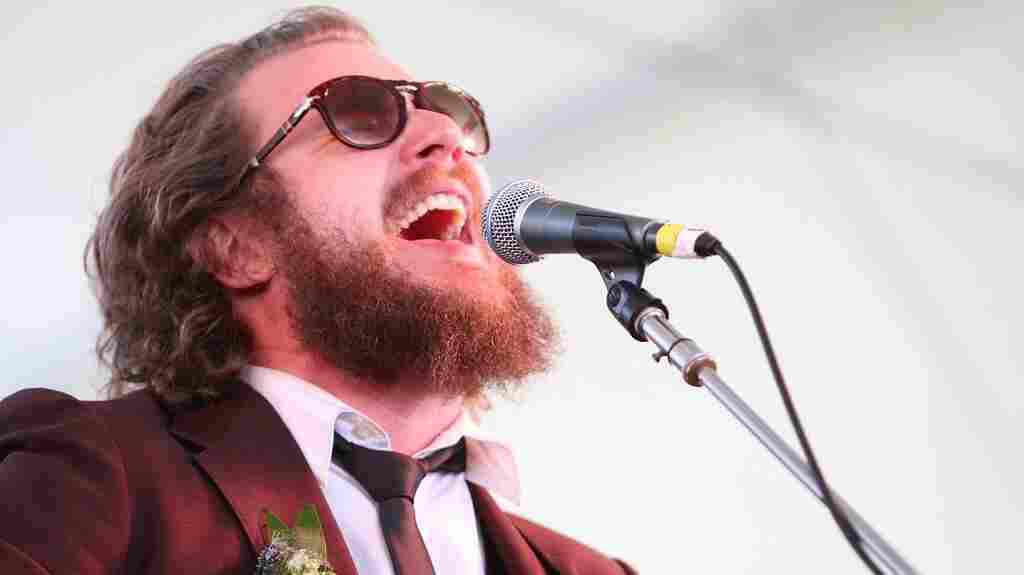 Jim James performs as "Yim Yames" at the Newport Folk Festival in 2010. James returns this year with My Morning Jacket as the festival's headlining act. Shantell Mitchell/NPR hide caption 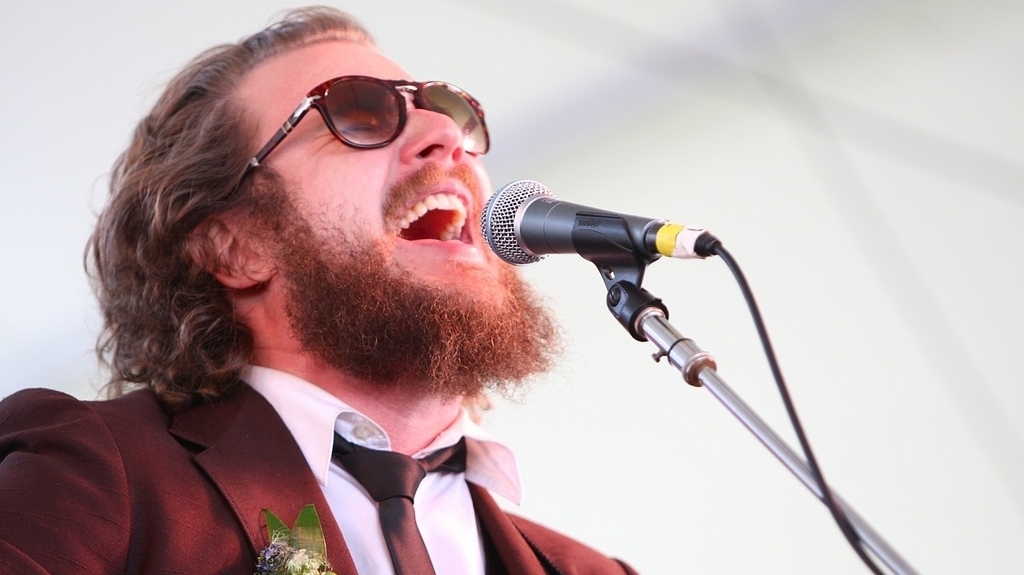 Jim James performs as "Yim Yames" at the Newport Folk Festival in 2010. James returns this year with My Morning Jacket as the festival's headlining act.

The Newport Folk Festival has always championed a range of American music. From Muddy Waters to Pete Seeger, Joan Baez to Jimmy Buffett and a famously electrified Bob Dylan, the festival's curators have a knack for casting a wide net in their definition of folk. Whether presenting music that captures the heart of a community along the Mississippi Delta or the dank bars of downtown Manhattan, Newport is a beacon among American music festivals.

This year again, as it celebrates its 53rd year, the Newport schedule is characterized by diversity: children's music favorite Elizabeth Mitchell; indie rock gods My Morning Jacket; old standards like Preservation Hall Jazz Band; jaw-dropping newcomers like Alabama Shakes. The Guthrie Family will reunite to pay homage to its patriarch's centennial. At the same time, young troubadours like Conor Oberst, the Tallest Man on Earth's Kristian Matsson and Robert Ellis will carry Woody Guthrie's torch. The thing all the artists on the lineup have in common is the ability to make music that's as pleasing to the soul as it is to the ears.

Whether you're heading to the festival next weekend or are just interested in living vicariously through the music, this mix is for you. Join NPR Music, Folk Alley, WFUV, MVY Radio and WUMB for a live video webcast of the Newport Folk Festival July 27-29. Experience the festival live, then stick around for archived sets, reviews and photos from the entire weekend — it's all at npr.org/newportfolk.

If you are viewing this on a mobile device, download the NPR Music app to enjoy this mix in the Radio section.

Artists In This Mix: