Accessibility links
Did The Great Recession Bring Back The 1930s? The downturn and sluggish recovery of recent years had been compared to the nation's worst economic period. Now that much more data is available to measure it, how did the Great Recession stack up against the Great Depression?

Did The Great Recession Bring Back The 1930s?

Did The Great Recession Bring Back The 1930s? 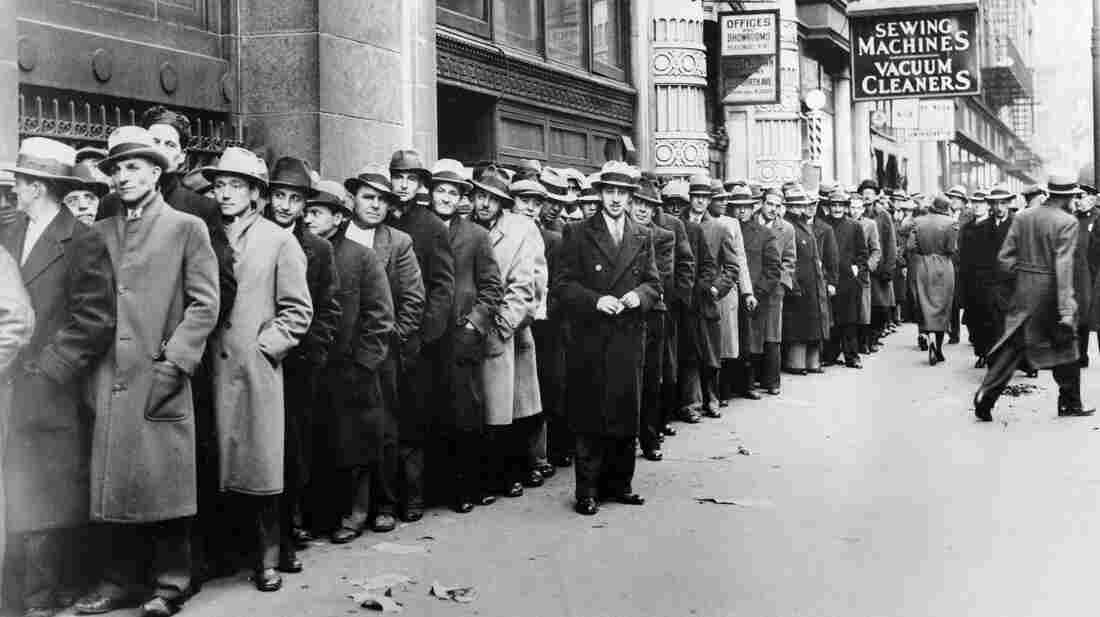 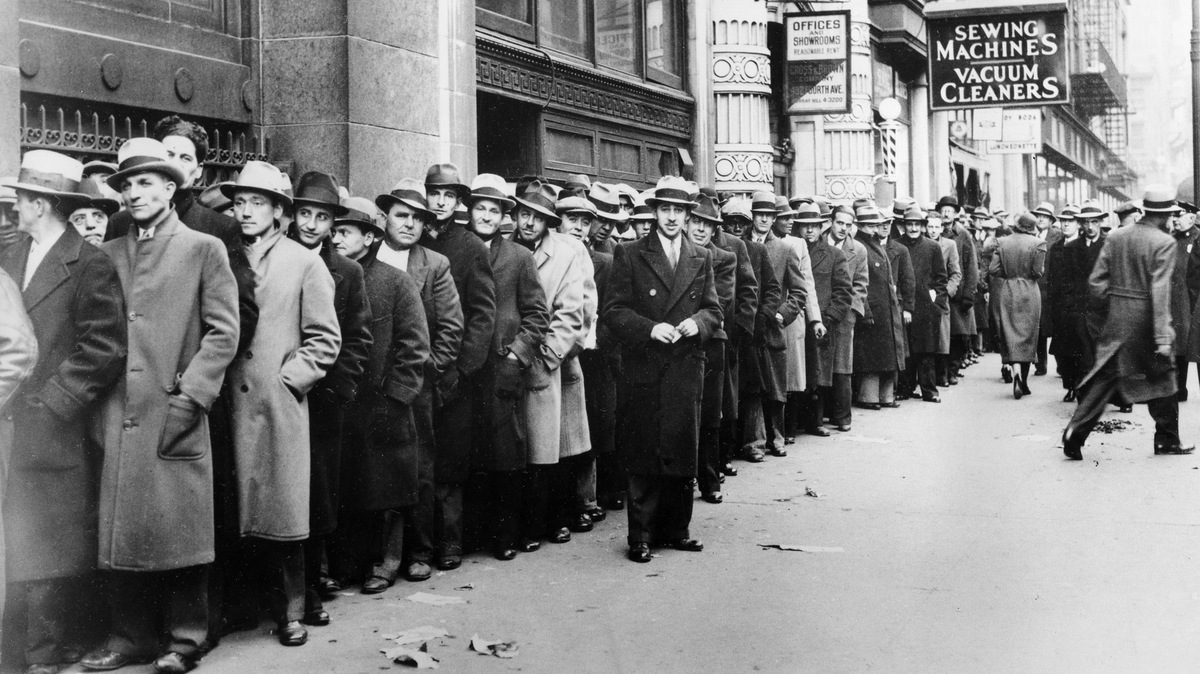 Thousands of unemployed people wait outside the State Labor Bureau in New York City to register for federal relief jobs in 1933.

The long economic downturn that began in late 2007 came to be known at the Great Recession –- the worst period since the Great Depression of the 1930s.

Even though both events were momentous enough to earn the word "great" as a modifier, they really are not comparable, according to recent research by economist Mark Vaughan, a fellow at the Weidenbaum Center on the Economy at Washington University in St. Louis.

"It's now clear the Great Recession was the worst downturn of our lifetime — the worst since the Great Depression," Vaughan said. "But in terms of human suffering, it pales in magnitude" with the 1930s.

The Great Depression was painful in ways we can scarcely imagine now because we have grown so accustomed to having a government-funded safety net, he said.

For example, the unemployment rate hit a peak of 10 percent in October 2009, but Congress provided those laid-off workers with extended unemployment benefits. As a result, jobless Americans were able to collect up to 99 weeks of government checks to help ride out tough times.

In contrast, the jobless rate shot to 25 percent in the Great Depression and stayed in the double digits for a decade. When the job market first collapsed in 1930, workers could not rely upon unemployment insurance, food stamps, Social Security or other forms of government help, Vaughan noted.

After 1933, "the New Deal started to introduce safety-net programs, but they weren't there in the early 1930s and they weren't on the same scale as today," he said. 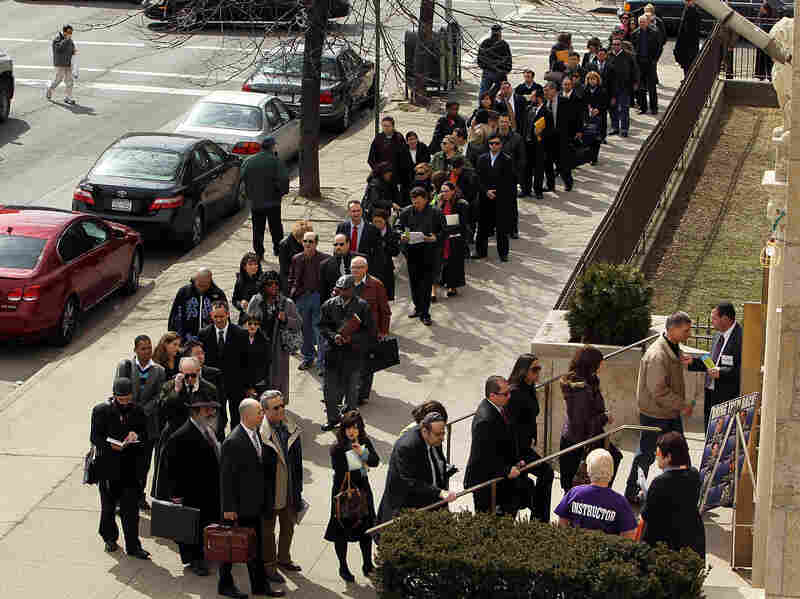 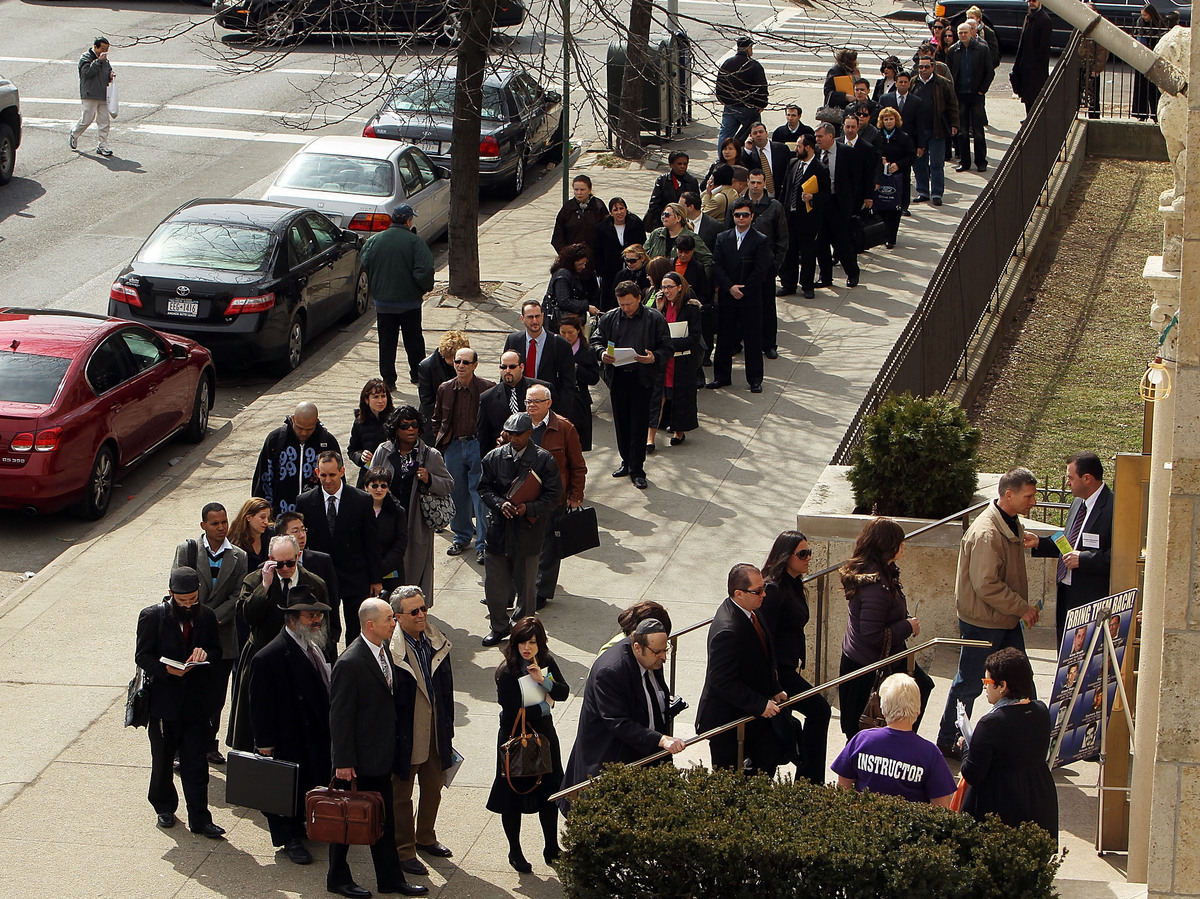 Job seekers wait to attend a job fair in the Brooklyn borough of New York City in 2010.

So why do so many people today feel the Great Recession was miserable enough to be in the same ballpark as the Great Depression? In November 2008, for example, TIME magazine's cover inserted Barack Obama's face into a famous photo of Depression-era President Franklin D. Roosevelt.

Vaughan says people may feel the Great Recession was so bad because the recovery has been so slow paced. Today, the unemployment rate remains high at 8.2 percent, economic growth is weak around 2 percent, foreclosures are still going forward, and both consumers and business owners remain very worried about looming problems, such as a financial crisis tied to European debt troubles.

Vaughan says this has been the most painful economic period Americans under 80 can remember. For those who lost both jobs and homes — all while carrying heavy consumer and student debt — this has indeed felt like a depression, which actually has no official definition. But generally, economists say a depression is an event that lasts at least two years and involves a sustained decline of about 10 percent of gross domestic product.

Vaughan has compiled lots of statistics to measure the magnitude of the two great downturns of the past century. He did find some interesting parallels between the Great Depression and the Great Recession.

Here are some similarities:

Both were preceded by good economic times.

Both were preceded by the movement of banks into new business lines.

Both were preceded by innovations in consumer finance.

Both were preceded by asset bubbles.

Both followed an era in which the Federal Reserve was highly regarded.

But the differences are huge because the Great Depression was much worse. The chart below makes the comparisons.