Accessibility links
Going To The Game: The Price Is Wrong? With tickets to games as expensive as they are, commentator Frank Deford wouldn't be surprised if a trip to a ballgame becomes a once-in-a-lifetime event, like visiting the Grand Canyon. 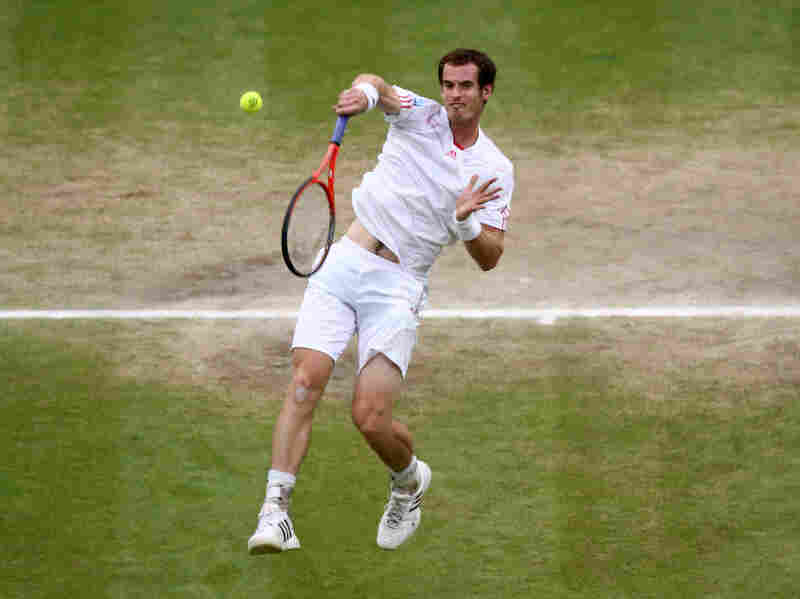 Andy Murray returns a shot during the men's final match at Wimbledon. A pair of tickets for the match went for £32,000 (about $50,000). Paul Gilham/Getty Images hide caption 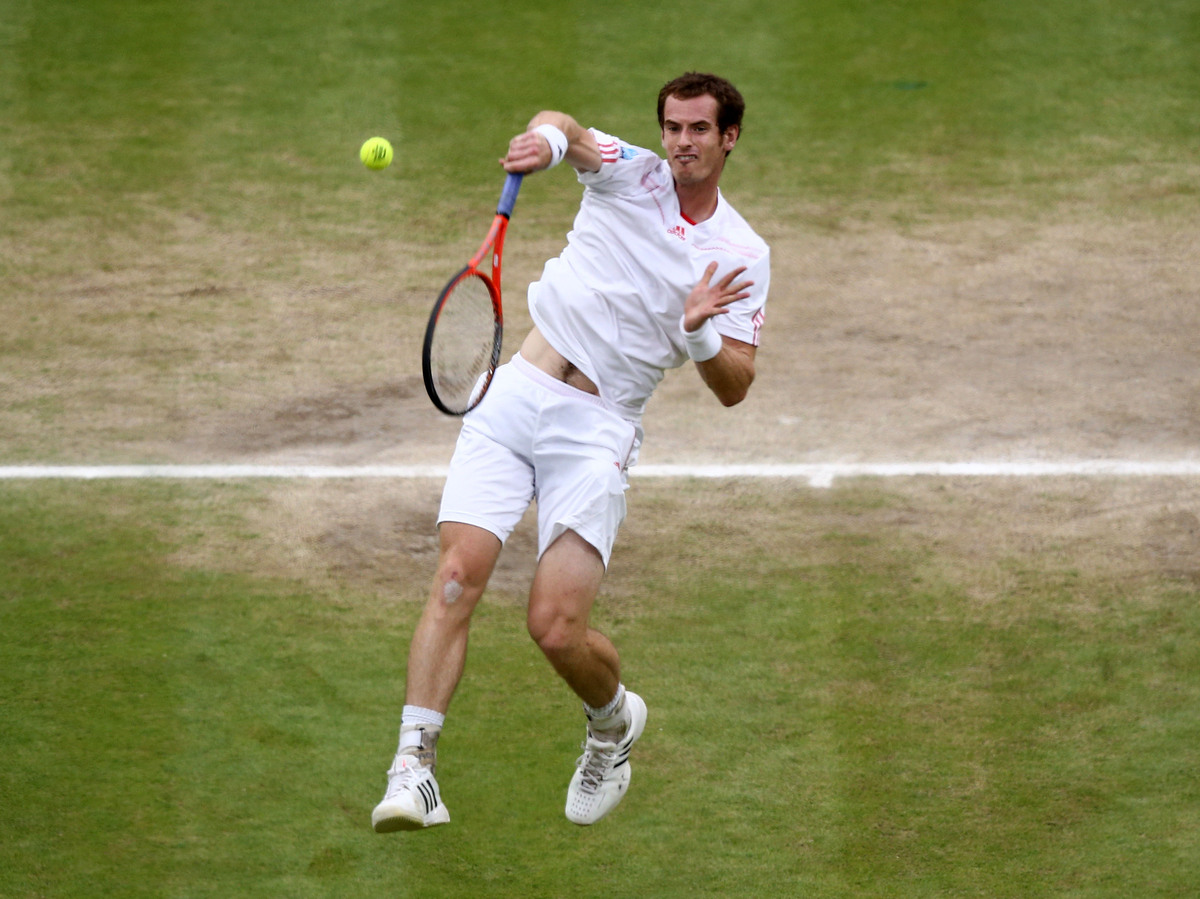 Sports is more ubiquitous than ever on television. And sports is almost the only thing that's left, live, on TV. NBC Universal is even going to let Americans see the Olympics live this year.

Nevertheless, despite TV's charm, last week as Andy Murray, Great Britain's homeboy, drew closer to making the Wimbledon final, the word was that tickets for actual Centre Court seats would be scalped for up to £32,000 a pair. If you're not hanging around the currency exchange market, that comes to something like $50,000. For two tickets. To a game.

But even if you're not willing to mortgage your house for what we used to quaintly call "pasteboards," the price of sports tickets remains awfully expensive. Regularly now, someone comes out with an analysis of what it costs a family of four to go see a game. Sports tickets have become, literally, a big-ticket item. I believe the Supreme Court has ruled that it is constitutional to spend as much as you want on a sports ticket.

Nevertheless, I'm always amused that everybody always complains about how much concessions cost at games. Sports fans seem forever surprised anew at what they have to pony up for victuals at the game. Get over it, fans. You go through the turnstile, you're a captive consumer. You're a live one. It's part of what sports promoters call "the experience."

You see, as television pictures get better and fans get more comfortable watching games, live, at home, erstwhile ticket buyers have discovered that they themselves don't have to be live at the stadium to enjoy the game.

Maybe it'll become the custom that you only go once to a game as a child, like only once do you have to see the Grand Canyon or have a First Communion. It's intriguing, for example, that although the National Football League is more popular than ever, the actual live attendance for NFL games has declined every year since 2007.

So it's understood that going to a game to see a game isn't sufficient anymore. You need that so-called experience. That means constant noise and lasers and bosomy cheerleaders and mascots shooting T-shirts into the crowd and massive scoreboards that tell you everything you need to know, except the price of concessions.

But not only that, sports promoters have to provide another sensation altogether. Besides giving you an experience at the stadium, they also have to make you feel like you're still comfortably at home with a cheap beer, watching the game on TV, with replays and analysis and highlights of other games.

But then, as television networks keep paying more and more for the rights fees to sports, who needs to sell tickets? Good riddance to pasteboards. The lower the attendance at the game, the better ratings for sports, the more people to watch the commercials on TV.