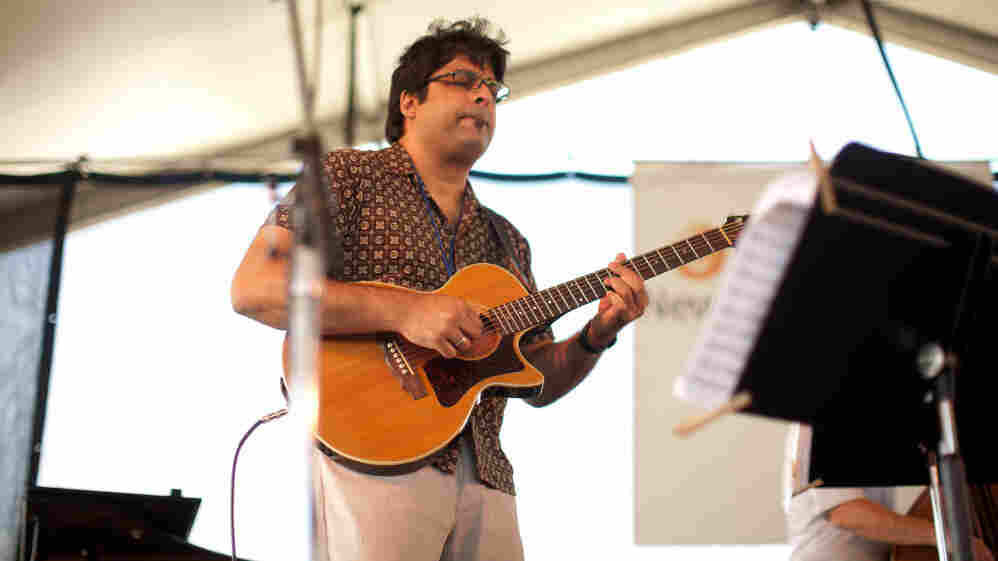 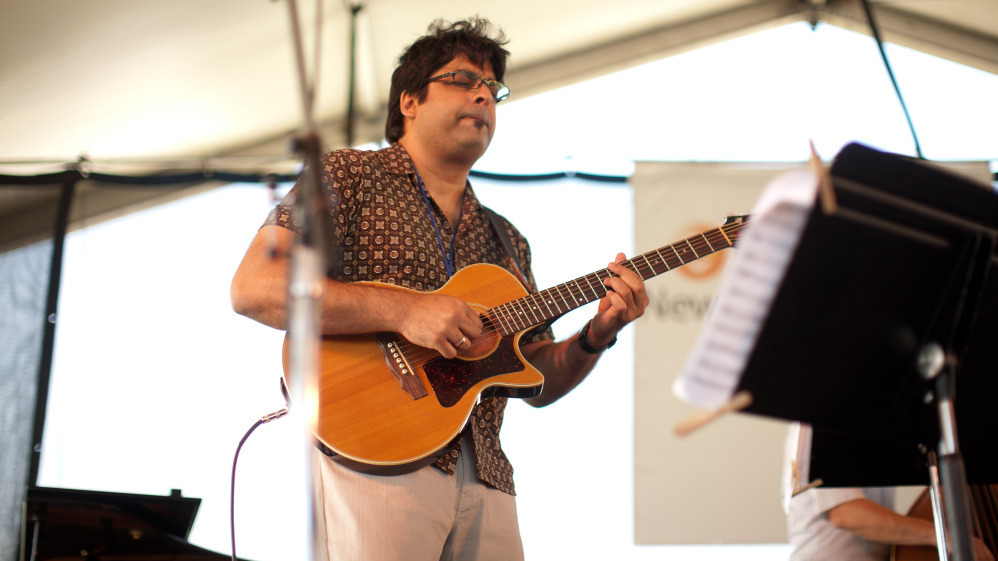 We're in a guitar world, from Pakistan to Brazil and from steel strings to nylon, as the Rez Abbasi Acoustic Quartet and Trio da Paz play in turn at the Newport Jazz Festival.

Abbasi premiered this group in 2010 at Winterfest in New York. After the set, Newport Jazz Festival impresario George Wein emerged from the audience and told Abbasi how much he liked the music. The next week, Wein's office reached out and booked the group for August at Newport.

Abbasi, born in Pakistan and raised in the U.S., is a visionary in combining East and West in music. He says, in this group, that Eric McPherson's drumming is a circle, bassist Stephan Crump's playing is solid and his tone is round, and that pairing the steel-string acoustic guitar and vibraphone realizes an idea he's been developing for several years. He likes the shimmer, resonance and overtones of steel strings, vibes and cymbals. The vibraphonist is Bill Ware.

Nusrat Fateh Ali Khan (1948-97), the powerful vocalist from Pakistan, is a huge inspiration for the music. Nusrat had a six-octave range and could improvise Qawwali music with passion for hours at a time. In the 1980s and '90s, he toured and introduced this mystic Sufi praise music worldwide. From the adventurous album Real World, Abbasi learned Nusrat's "Lament," which opens this JazzSet. 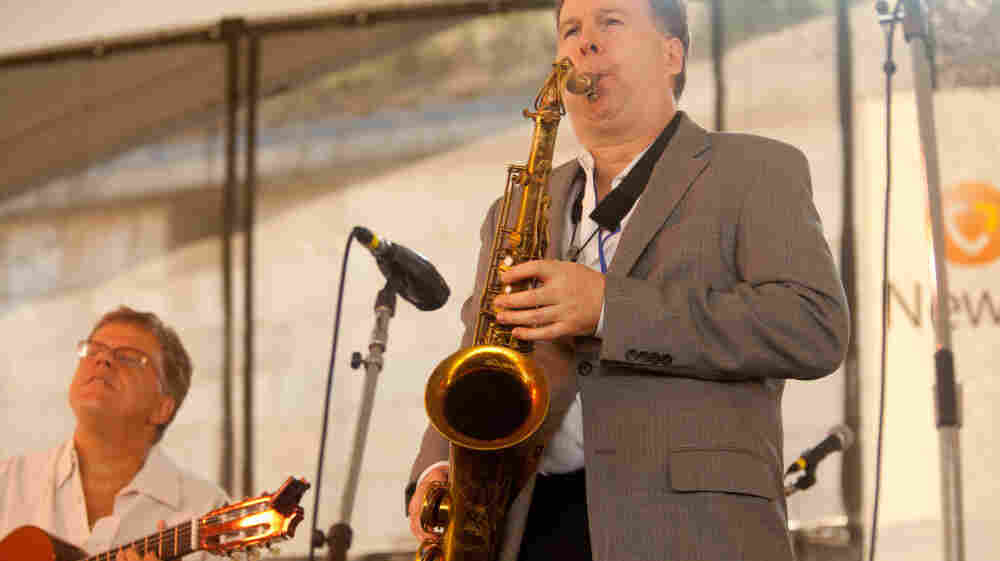 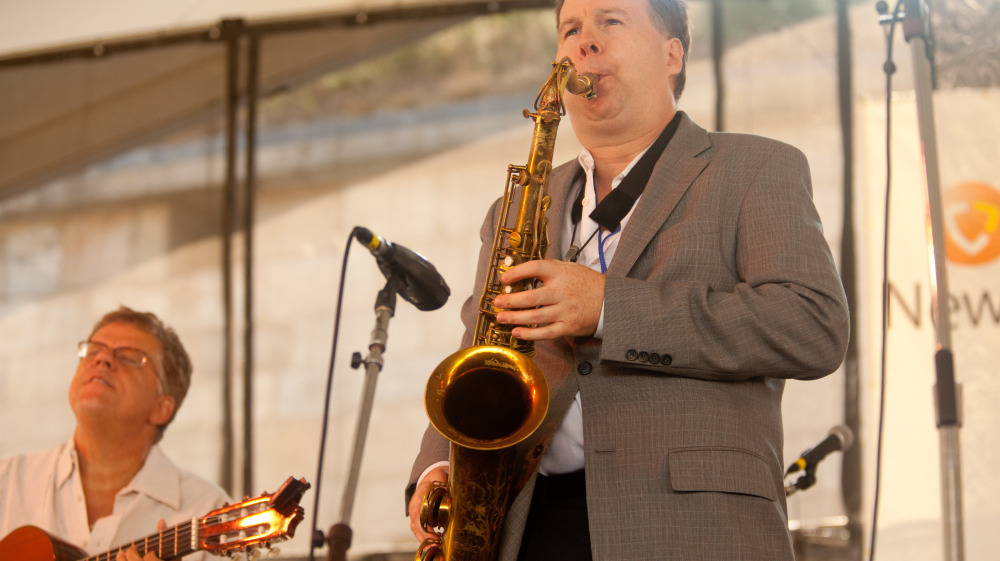 Some 20 years ago, three Brazilian expatriates living in the U.S. came together as Trio da Paz every weekend at a café near Union Square in New York, weaving the jazz of North America together with the popular music of the South. Born in Ipanema, drummer Duduka da Fonseca had moved to New York in 1975. He says that to blend samba with jazz is his life's work. In the 1990s, bassist Nilson Matta founded the Afro Brazilian Connection with the much-missed pianist Don Pullen (1941-95). Guitarist Romero Lubambo, who graduated from the Villa Lobos School of Music in Rio de Janeiro, has worked in high-profile duos with Dianne Reeves and, recently, Luciana Souza. Lubambo's guitar is loved by vocalists: As host Dee Dee Bridgewater says, "He's magnificent."

About five years ago, Trio da Paz joined with saxophonist Harry Allen to make an album of North American standards for a Japanese label. For this set, Allen and Trio da Paz feature music by Antonio Carlos Jobim, the great bossa nova composer, in the open air at Newport.