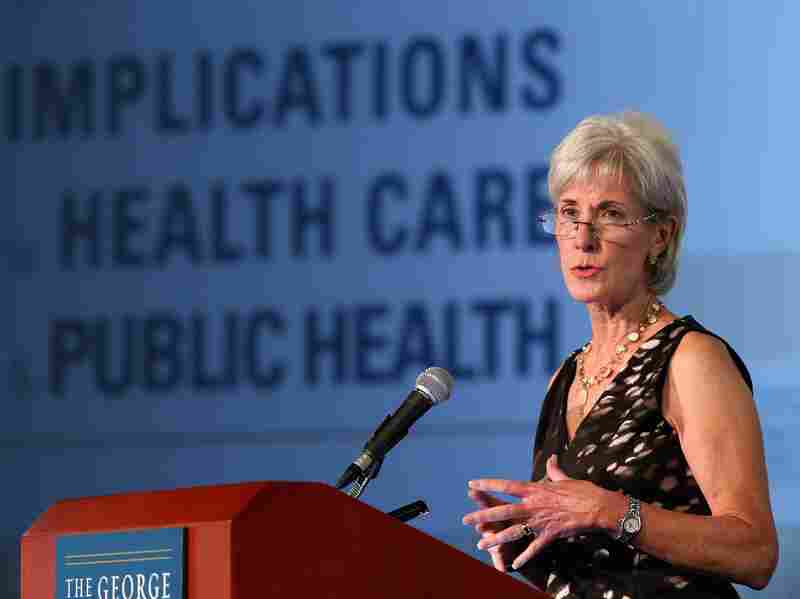 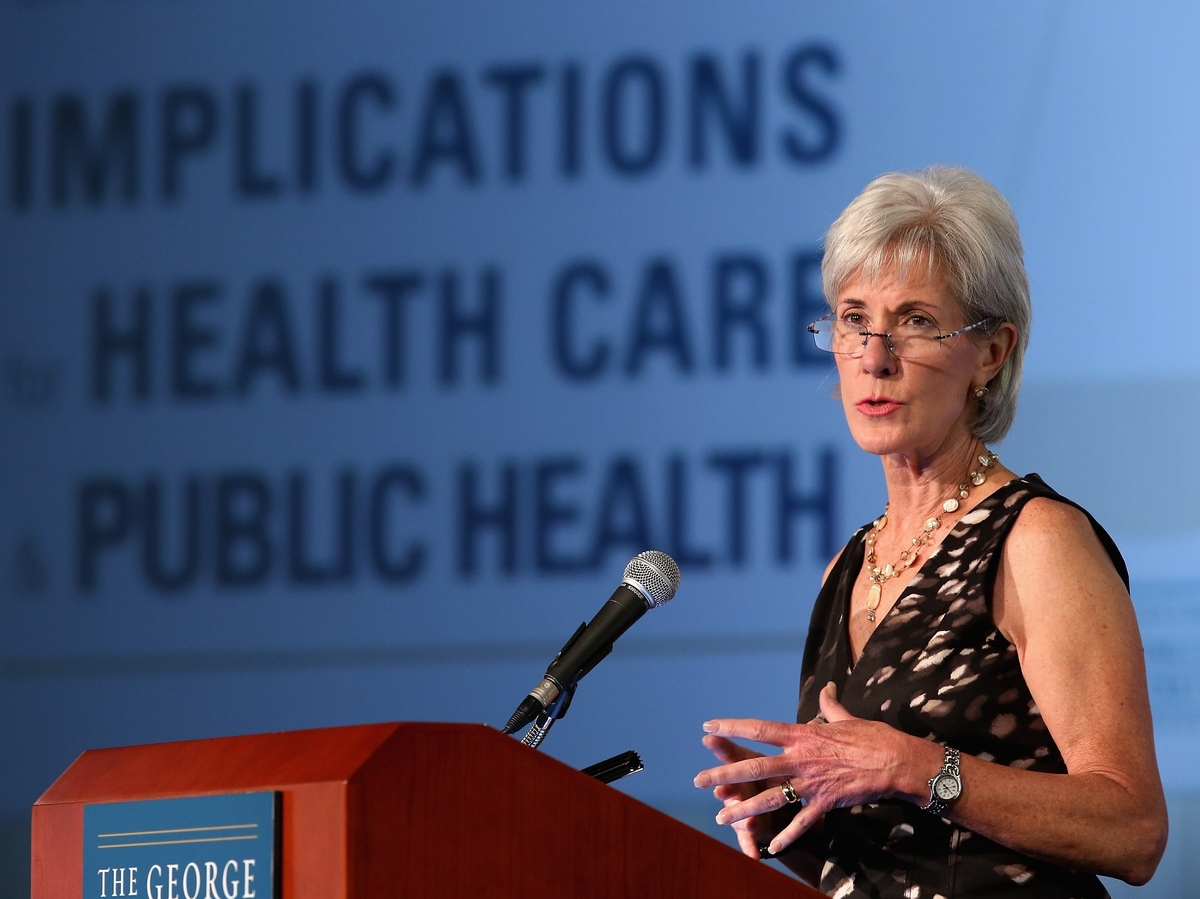 Read An Opinion On The Costs Of The Affordable Care Act

Jonathan Gruber is a professor of economics at the Massachusetts Institute of Technology. He was a technical consultant to the Obama administration during the development of the Affordable Care Act.

By now, most people who follow politics know that the law will result in more than 30 million additional Americans getting health insurance. But what few realize is that, by expanding insurance coverage, the law will also increase economic activity. These newly insured individuals will demand more medical care than when they were uninsured. And while it takes many years to train a family physician or nurse practitioner, it doesn't take much time to train the assistants and technicians (and related support staff) who can fill much of this need. In many cases, these are precisely the sort of medium-skill jobs that our economy desperately needs — and that the health care sector has already been providing, even during the recession.

More immediately, the increase in economic security for American families will also mean an increase in consumer spending. Many uninsured consumers are forced to set aside money in low interest liquid accounts to make sure they have enough to cover unexpected medical costs. With the security provided by health insurance, they can free that money up for consumption that is much more valuable to them. When the federal government expanded Medicaid in the 1990s, my own research has shown, the newly insured significantly increased their spending on consumer goods. More purchases of consumer goods will provide short-run stimulation to the economy and more hiring.

But what about the financing — and all those "job-killing taxes"? The law does indeed apply new taxes, primarily on three sources. The first is on parts of the health care industry — medical devices, pharmaceuticals, and insurance. But these taxes are effectively asking those sectors to "kick back" some of the revenue increases that the law will provide, by creating so many new paying customers. On net, these sectors are major winners from health care reform.

The second is an extension of the Medicare tax on the wealthiest Americans, those with incomes above $250,000 per year. There is now a large body of literature examining the impact of tax changes on the highest income taxpayers. This literature finds that those taxpayers will avoid some of those taxes by re-categorizing their incomes in ways that minimize taxes. But there is no evidence that they will actually work less hard, invest less, or do anything which reduces their "real contribution" to the economy.

The third major tax provision is a "free rider penalty" of $2000 to $3000 (per employee) on medium and large businesses that fail to provide workers with affordable coverage, forcing those workers to get subsidized insurance via the new insurance exchanges. This will indeed impose a new financial burden on businesses that, unlike competitors, do not pay their fair share of health insurance costs. But the overall impact is likely to be very small. Only 2.6 percent of businesses will pay this assessment, and the revenue raised will amount to 1.4 percent of existing spending on health insurance in the U.S. — and only 0.1 percent of wages. The amount of stimulative spending that is put in place by the ACA is sixteen times as large as the revenues raised by this equity assessment.

Opponents of the ACA have frequently cited a Congressional Budget Office projection that the ACA will lead to a small reduction in the labor force. But it's the explanation for that reduction that matters. CBO believes the reduction will be largely voluntary, among workers holding onto jobs primarily to keep their health benefits — the wife who holds down a job to provide health insurance for her self-employed husband, rather than staying home to raise the kids; the 62-year-old who hates her job and would happily retire but for the fact that she would be uninsured until age 65. Economics research has shown clearly that when health insurance is available, both secondary earners and older workers will take advantage of this new opportunity by moving out of the labor force to opportunities which make them happier.

This same research has shown that a major cost of our employment-based health insurance system is "job lock" — that is, individuals clinging to jobs, rather than switching employers or starting their own businesses, because they fear losing their existing health benefits. Extensive research shows that job lock reduces the mobility of those with health insurance by as much as 25 percent, reducing their ability to move to positions where they could be more productive and happier. The Affordable Care Act will address job lock by providing protection Americans don't have right now: A promise of comprehensive coverage, at affordable prices, no matter what their source of employment. For the first time, Americans with pre-existing conditions or other barriers to the discriminatory individual insurance market will be free to pursue the job opportunities where they can be most productive and happiest.

Of course, the long-term goal of the Affordable Care Act is to reduce spending on health care. And the best projections suggest that it will. Although the law will boost spending initially, the effect is likely to be modest. The official Medicare Actuary projects that, by 2019, the ACA will raise health spending by 1 percent, or 0.2 percent of GDP; this is less than one-sixth of one year's growth in national health expenditures. Over time, however, the multiple initiatives in the ACA will kick in to help "bend the cost curve," through increasing consumer incentives to shop for low-cost insurance, moving towards prospective payment methodologies that reward value rather than treatment intensity, and assessing which strategies are cost effective for managing illness. The reforms in the ACA represent the most ambitious initiatives to control health care costs that we have seen in federal legislation. If successful, these can ultimate provide the most important stimulus to job growth in this legislation — by freeing up resources for other, more efficient uses

In sum, we know that the ACA will increase jobs in the medical sector in the short run, above and beyond any partial offsets from new excise taxes on that sector. We know that the ACA will improve the functioning of our labor market in the medium run, by allowing workers to move to the positions in which they are most productive and satisfied. We know that there will be little economic drag from taxes on the wealthy or the small equity payments imposed on employers. And there is a good chance that the ACA will greatly improve the economy in the long run by controlling the rate of health care cost increase. The choice between protecting our most vulnerable citizens and improving our economy is a false one — fully implementing the ACA will make both our citizens and our economy more secure.