Accessibility links
Arizona Tea Party Activists Say They're Back Tea Party conservatives say they have been re-energized by recent events in Washington, D.C. And far from the nation's capital, Arizona has become a rallying point for those who are focused on the election-year issues of immigration and health care. 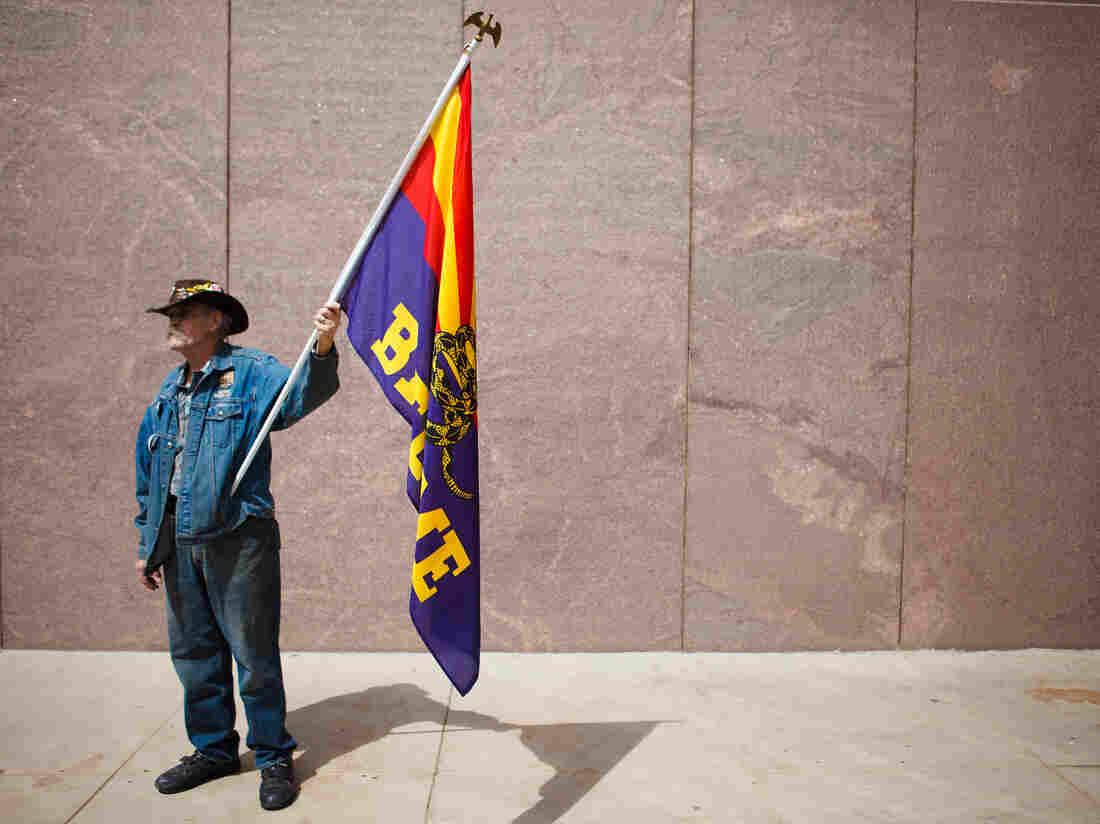 Maricopa County, Ariz., where 3 out of 5 Republicans in the state live, has become a hotbed of Tea Party activism.

That's where the head of the Original North Phoenix Tea Party lives. His name is Wesley Harris, and he used to manufacture precision rifle barrels. These days, his son runs the business, while Harris spends most of his time as a full-time Tea Party activist.

The first rule of Tea Party activists: You do not talk about being a Tea Party leader. No one person speaks for the movement as a whole. But in his personal experience, Harris can trace the ebb and flow of enthusiasm in his community. 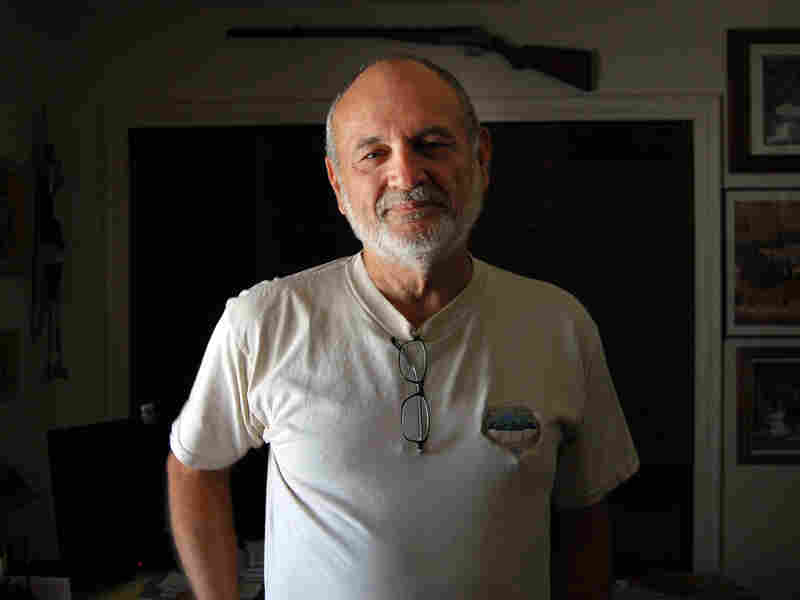 Wes Harris, founder of the Original North Phoenix Tea Party, has been a registered Democrat, independent and now Republican. He says that while Tea Party activism had dropped off over the past two years, issues like health care and immigration are starting to draw people back. Andrea Hsu/NPR hide caption 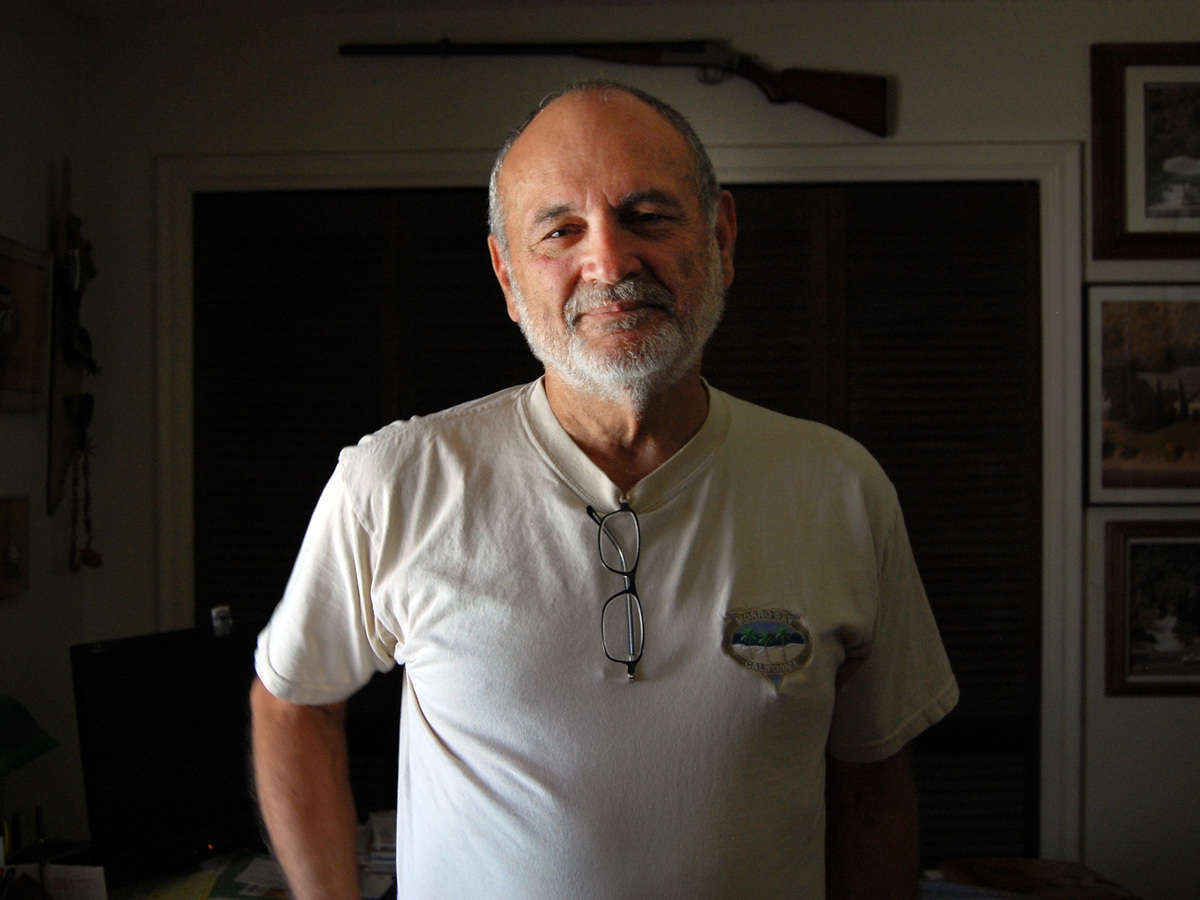 Wes Harris, founder of the Original North Phoenix Tea Party, has been a registered Democrat, independent and now Republican. He says that while Tea Party activism had dropped off over the past two years, issues like health care and immigration are starting to draw people back.

He looks fondly on that period back in 2009 when he first started holding meetings under the Tea Party mantle, and when they outgrew their first meeting space in two weeks.

"We've had huge events here," he says. "When we get more Tea Parties together, you know, we number in the thousands."

Harris says that after the 2010 midterm elections, conservatives became disenchanted with the leaders they elected — many of them with Tea Party support — which helped give the Republican Party a majority in the House of Representatives.

"Attendance fell off. People started to get complacent again. Apathy in this country is a tragedy," he says. "If my ox isn't being gored, I don't care. And that's what you found after the election in 2010, when we had, quote, a 'new order,' at least in the House. We saw quickly that that new order didn't perform up to our expectations nor up to their promises, and so as a result, people started to become disenchanted."

But, Harris says: "Obamacare has regenerated it. People are starting to rally back to the Tea Parties because of these kinds of things going on. And the fact that the country is going to hell in a handbasket, pardon the English, but that's it."

Harris cites the national unemployment rate, the California cities that have had to file for bankruptcy, the federal agencies he says that have long overreached in power.

But mention immigration, and Wes Harris really lights up. Tea Party activists rallied around the hard-line immigration enforcement cause embodied in the state's controversial law, SB 1070.

While the Supreme Court last month struck down three out of four provisions under scrutiny, the most popular provision with conservatives — allowing police to check immigration status during routine traffic stops — was upheld.

"Ninety percent of 1070 is in place," says Harris. "The Obama administration has couched it as though it were a great loss. It was not a loss. It was a profound victory."

Harris says the government's reaction to the ruling has reinvigorated conservative activists.

"I am not a fan of Sheriff Joe Arpaio," the hard-line Maricopa County sheriff who has made a name for his tough immigration stances, says Harris. "I've known him for years. I am a fan, however, of some of the things he has done and tried to do. And I take great exception to the federal government coming down on that one individual. ... So these are rallying points for Tea Party people or activists like myself."

It's a much-needed boost after a flurry of Tea Party-backed candidates had a tough time last fall in Arizona. Not only was the author of the SB 1070 immigration law, former Republican state Sen. Russell Pearce, recalled from office, Tea Party-supported challengers to the Phoenix City Council flopped, and the mayoral candidate who courted their votes was similarly trounced.

Arpaio, who has long enjoyed Tea Party support, is facing a lawsuit over racial profiling and a tough re-election campaign.

But Tea Party conservatives remain a coveted demographic in several contests this summer, including the race for Arizona's U.S. Senate seat. 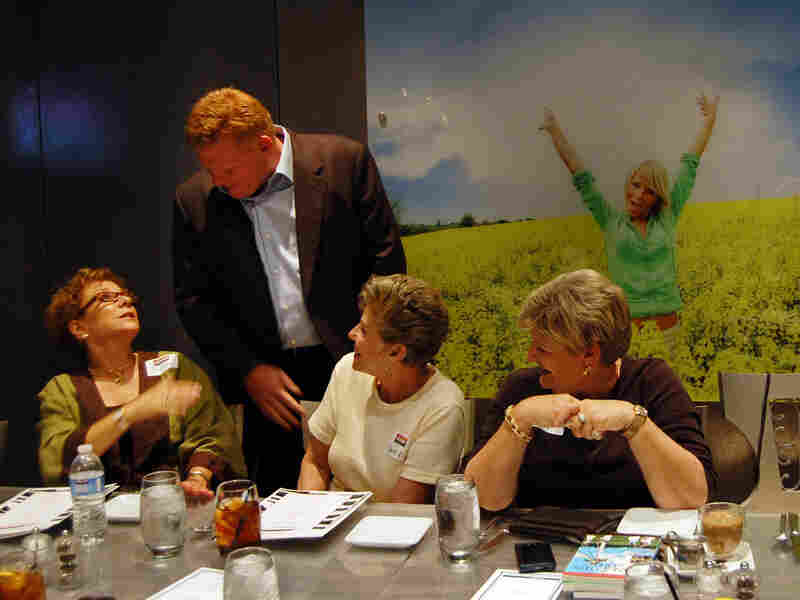 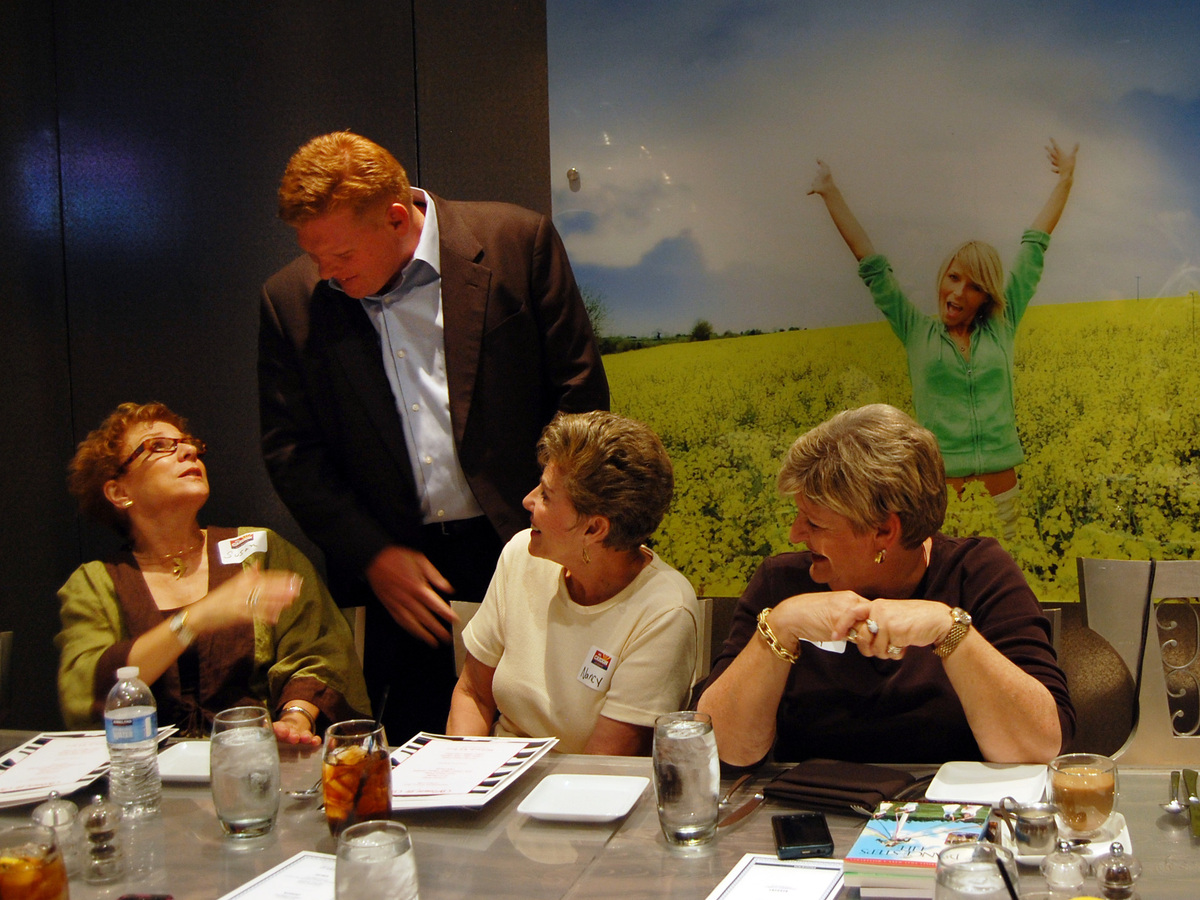 At a trendy Scottsdale steak restaurant, a couple of dozen Republican women gather for a meet-and-greet with Senate candidate Wil Cardon, a boyish-looking Republican businessman.

It's a well-connected group with many active in the state Republican Party or with Tea Party chapters. There are summer dresses adorned with rhinestone pins of elephants, and one lapel sparkles with a "Romney 2012" brooch.

Cardon's opponent in the Aug. 28 Republican primary is six-term Rep. Jeff Flake, who is well known in the state. Both candidates are constantly trying to outdo each other's conservative credentials.

While some of the women here are still undecided, they do seem poised to jump into action one way or another.

"I think the Tea Party is gone to ground, and we are just as strong, just as motivated as we were during the Obamacare legislation. We're still supporting candidates, and we're in there fighting," says conservative activist Susan Leeper.

At the end of the day, the top issue for Leeper, Harris and others who identify with the Tea Party is getting President Obama out of office.

New voter registration numbers released by the Arizona secretary of state's office show that while Republicans have steadily gained supporters over the past two years, the number of registered Democrats has fallen off by more than 50,000 people in the state.

So conservatives are still very much running the show, at least for now.