Accessibility links
Looking For The Megabucks? Think Megapixels The safest bet for a box-office draw is not a superhero, action or sci-fi film — it's computer animation. Franchises like Toy Story, Ice Age and Shrek consistently make billions for their studios, Bob Mondello writes — and that's before DVD and toy sales kick in. 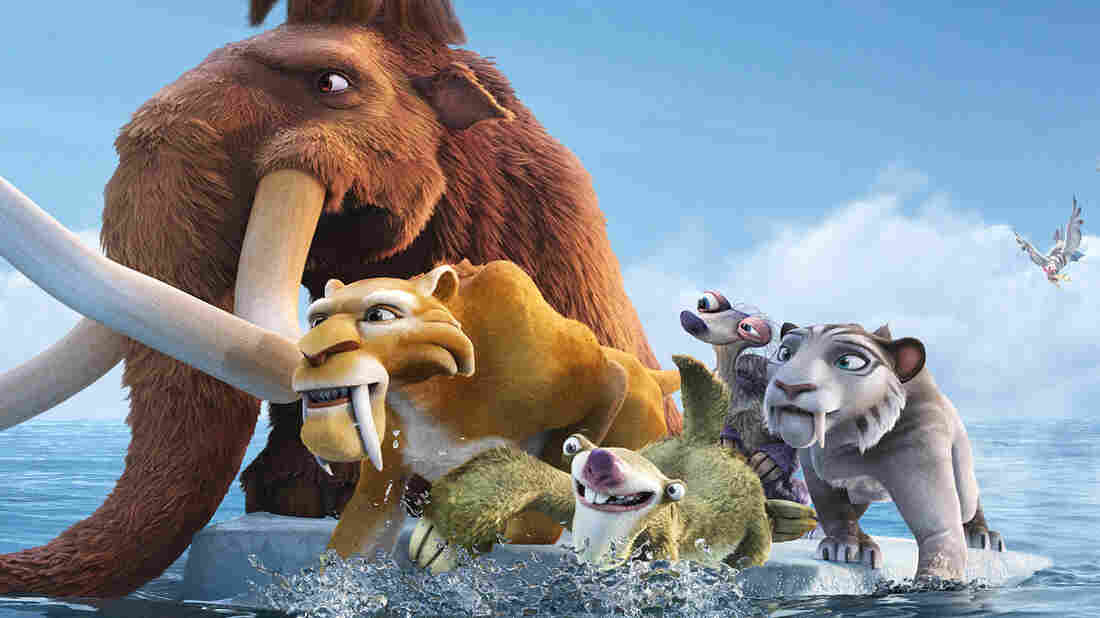 Ice Age: Continental Drift, which comes out July 13, is the fourth film in the animated franchise. Since Toy Story marked the beginning of the era of entirely computer-animated films, they've been a studio's safest bet for big earnings at the box office and beyond. Blue Sky Studios & 20th Century Fox hide caption

Imagine you're a movie producer, and you've got a couple of hundred million dollars to gamble on a single massive blockbuster. Which genre do you suppose will be your safest bet — superhero? Action-adventure? Sci-fi? All of those have had huge successes, but they've also all had hugely expensive failures.

There's one genre, though, that's hardly a gamble at all. It's been almost foolproof since it first came into being in 1995: computer animation.

Pixar's Toy Story was the first fully computer-animated feature film, and it started a revolution. In the past 17 years, the major Hollywood studios have made about 70 more, and only a handful of those studio-produced films have made less than $100 million at the box office.

The really big hits have made much more. Shrek and its various sequels and spinoffs have raked in more than $3 billion in ticket revenues worldwide. And the three Toy Story movies have taken in about $2 billion, a mark that the Ice Age movies will almost certainly reach this summer.

The Madagascar, Cars and Kung-Fu Panda franchises are no slouches, either, at more than $1 billion each. Small wonder that we'll soon be seeing Despicable Me 2, Cloudy 2: Revenge of the Leftovers (a follow-up to the surprise hit Cloudy With a Chance of Meatballs) and a sequel to Monsters Inc. called Monsters University. Computer-animated sequels are so reliably successful that if you've got an idea for how Nemo could get lost again, I'll bet Pixar would listen.

And box-office revenues are barely the beginning. DVD sales are always in the gazillions, because young kids love to see these movies again and again, and the characters are tailor-made to inspire toys — some of them even are toys — not to mention everything from sheets to collectibles to theme park rides. 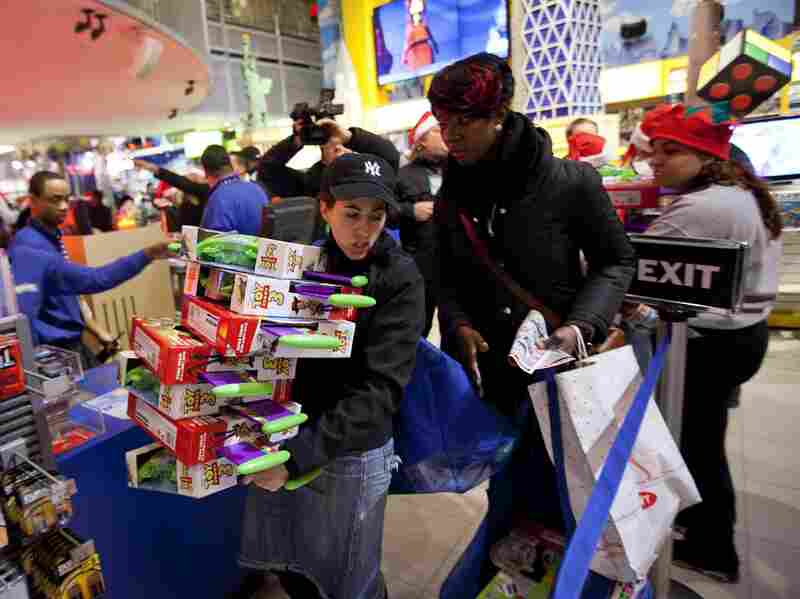 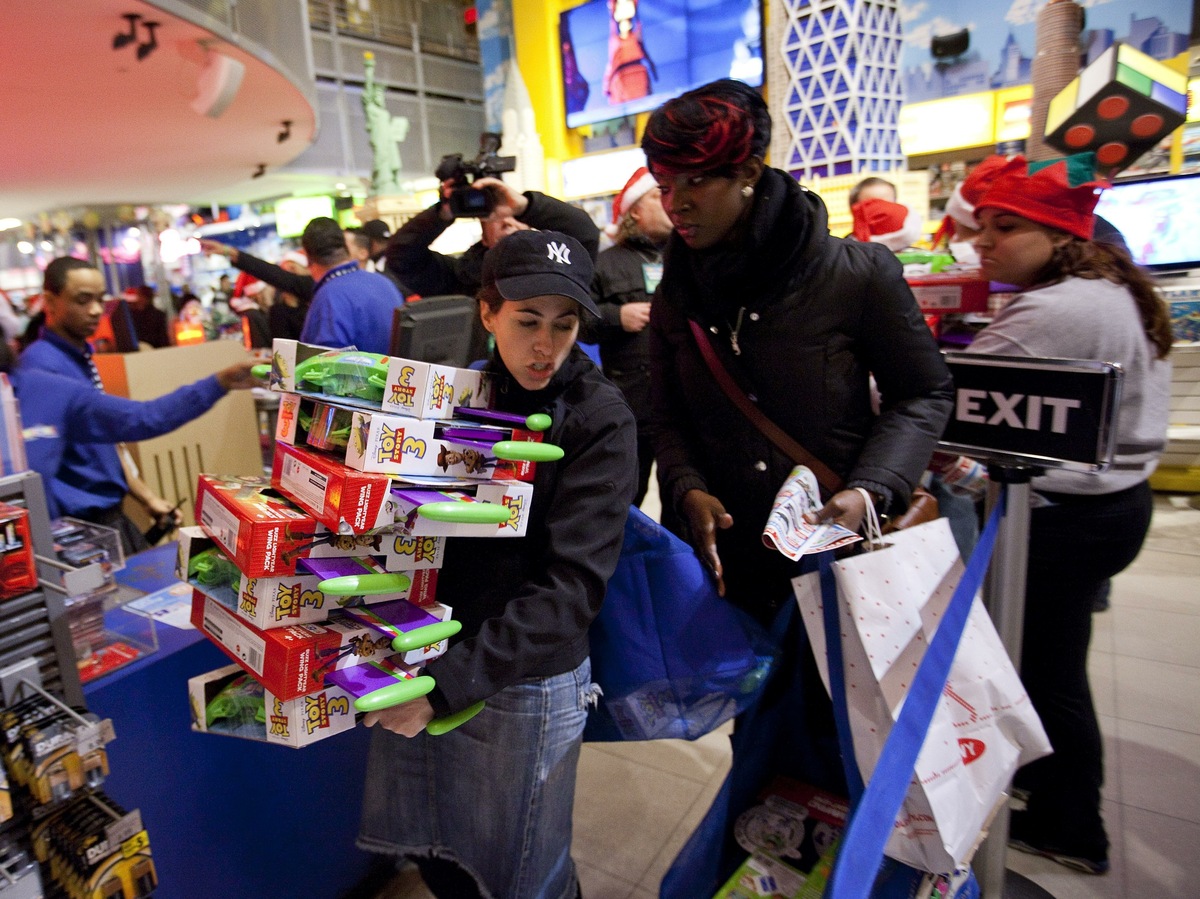 Computer-animated films like Toy Story 3 are not only box-office draws, they also bring in money through toy sales and theme park rides.

All of this comes with advantages on the production end too. Star salaries? Not necessary. Ratatouille took in $600 million, with its leading rat voiced by Patton Oswalt, who's a celebrity but hardly a household name. And because actors only need a few days to voice a whole movie, even big stars don't demand million-dollar paydays.

It also helps that animated movies are a snap to dub into other languages, because there's less disconnect when an animated character's lips move and Spanish or French or Chinese comes out. With overseas markets looming ever larger on studio balance sheets, that's no small consideration.

All of which speaks to why Hollywood studios are so fond of computer animation. And audiences? Well, initially there was the novelty factor: Teens and adults had long been leaving cartoons to kids, but these new digital characters seemed startlingly lifelike, and they sounded hip and clever. Enough so that for the first time since the early Disney years, animated films were widely regarded as a draw for everybody, not just children.

It is possible to make a computer-animated dud. Disney did it with Mars Needs Moms, and smaller companies that don't have the merchandising power of the big studios have had misfires, too. Also, digital animation isn't cheap, so hundred-million-dollar grosses don't mean animators all get limos.

But the two companies that have led the digital animation revolution — Pixar/Disney and Dreamworks Animation (which is home to the Shrek and Madagascar movies) — have between them produced 17 of the top 20 computer-animated features. And in the process, they've grossed a bit over $13 billion, not counting DVD sales, toy sales or theme park rides.

Why, you have to wonder, would the studios make anything else?