Accessibility links
Tanglewood Celebrates 75th With Free Web Stream Tanglewood, the summer home of the Boston Symphony Orchestra, is celebrating its 75th anniversary. To celebrate, the BSO is streaming a different historic Tanglewood concert on its website every day for 75 days. 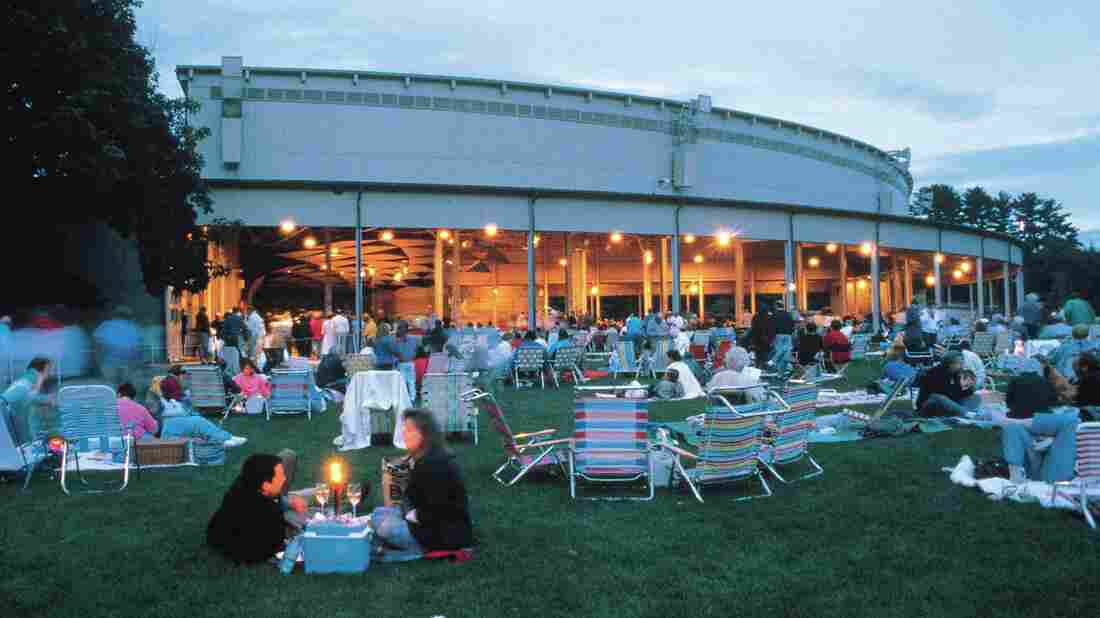 The scene at Tanglewood. courtesy of Tanglewood hide caption 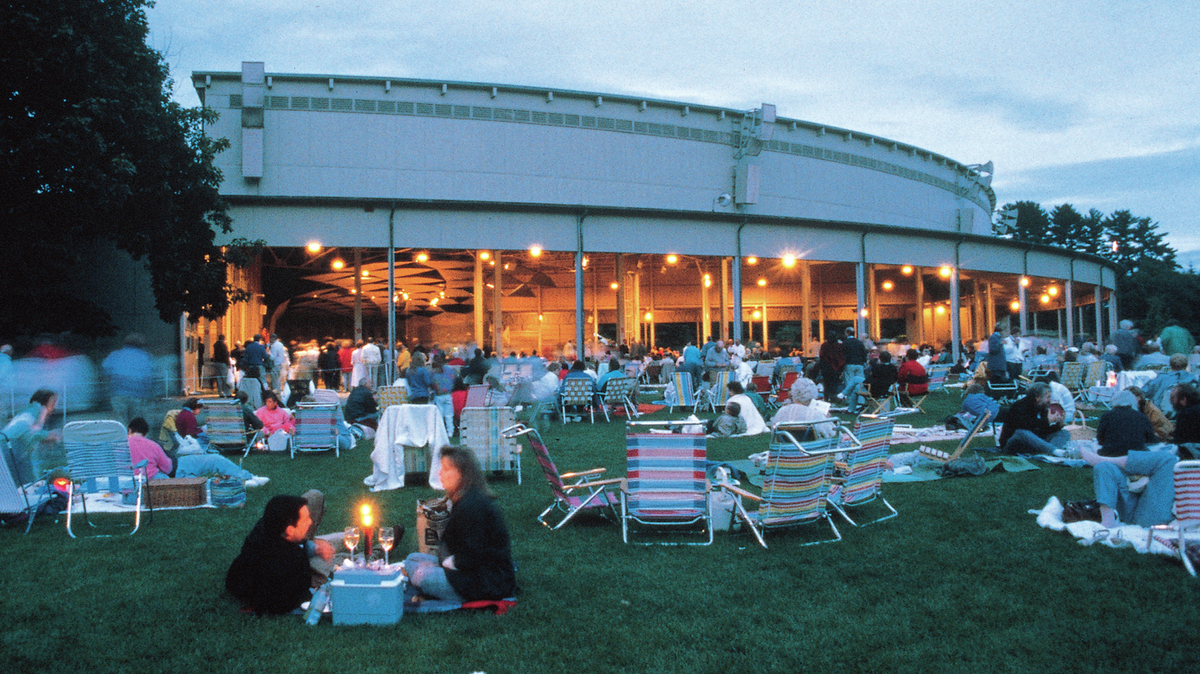 The scene at Tanglewood.

On July 20, 1958, at Tanglewood — the summer home of the Boston Symphony Orchestra — pianist Leon Fleisher played an electrifying Brahms First Piano Concerto with the orchestra under its former music director, Pierre Monteux. This remarkable teaming has not been heard since then.

But the BSO has come up with an inspired way to celebrate the 75th anniversary of Tanglewood. Every day for 75 days, through the summer, the BSO is streaming a different historic Tanglewood concert on its website, including this astonishing Brahms, and going even further back to the very first Tanglewood concert, with a Beethoven Fifth Symphony under the leadership of the visionary Serge Koussevitzky on August 5, 1937.

Tanglewood At 75: Opening Night With The Boston Symphony Orchestra

I can't remember when I first started going to Tanglewood. It was certainly before I owned my own car, because I needed someone to give me a ride out to the Berkshires, more than two hours from Boston. Music was only part of the pleasure. The setting is idyllic, and a good picnic out on the lawn could be as enjoyable as the music itself. Of course, the open-air acoustics are not going to compare well to the magnificent sound at Boston's Symphony Hall, and many of the programs simply repeat what has already been performed in Boston. But every now and again, there's something wonderful that Boston can't replicate.

The very best performance I ever heard by Seiji Ozawa was at Tanglewood in 1974: Schoenberg's epic saga Gurrelieder, which almost cries out for an outdoor setting. He led the amazing student orchestra and such legendary artists as soprano Phyllis Curtin and bass-baritone George London. Ozawa was in his element. When he repeated this piece five years later at Symphony Hall, with a different cast, it felt cramped and flat. I'm sorry this isn't one of the downloadable performances, though there's a thrilling version led by James Levine. Not all these past concerts are serious ones. I'd have loved to attend July 13, 1961's BSO Pension Fund Concert, conducted by Danny Kaye, whose conducting adviser was his friend and BSO first violinist Harry Ellis Dixon. I especially love Kaye's deconstruction of Johann Strauss.

One Tanglewood event I'm very happy to hear again is a 2006 performance of Stravinsky's Histoire du Soldat by the Tanglewood Music Center fellows. But these brilliant young players were upstaged by the three speakers serving as Narrator, Devil and Soldier: composers John Harbison, the late Milton Babbitt and the then only 97-year-old Elliott Carter, who is particularly poignant as the cheated soldier.

I don't have equal enthusiasm for every choice, but on the whole I think this is a remarkable selection. There are informative and witty notes online by former Boston Globe music critic Richard Dyer that include some reviews of the original concerts — not all completely positive. The first day of each download is free. After 24 hours, you can download each concert for a fee. It's wonderful to have access to these previously inaccessible concerts. I wish every major orchestra made their historical performances available to us.