Accessibility links
Weekly Standard: Obama's Broken Promises The state of the economy ranks at or near the top of many voters' concerns this election cycle, and it is in this area that The Weekly Standard's Peter Wehner says the President has a credibility problem. 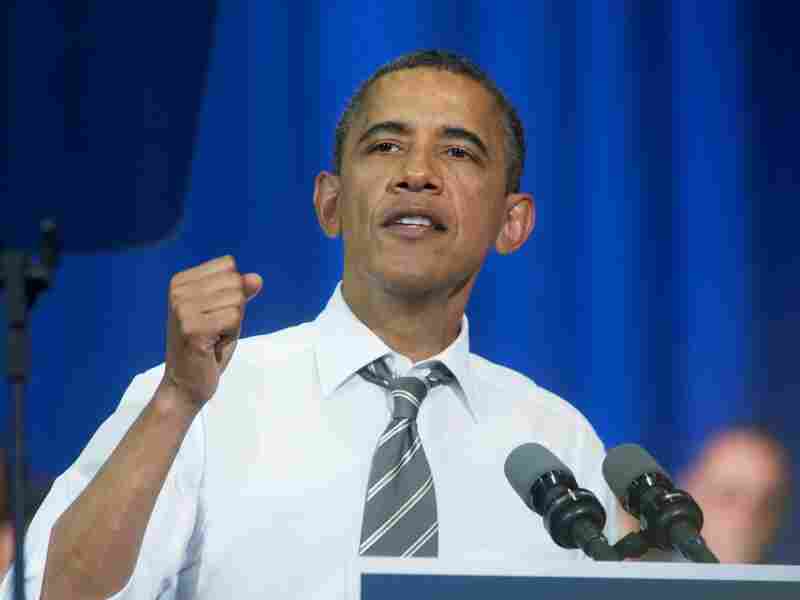 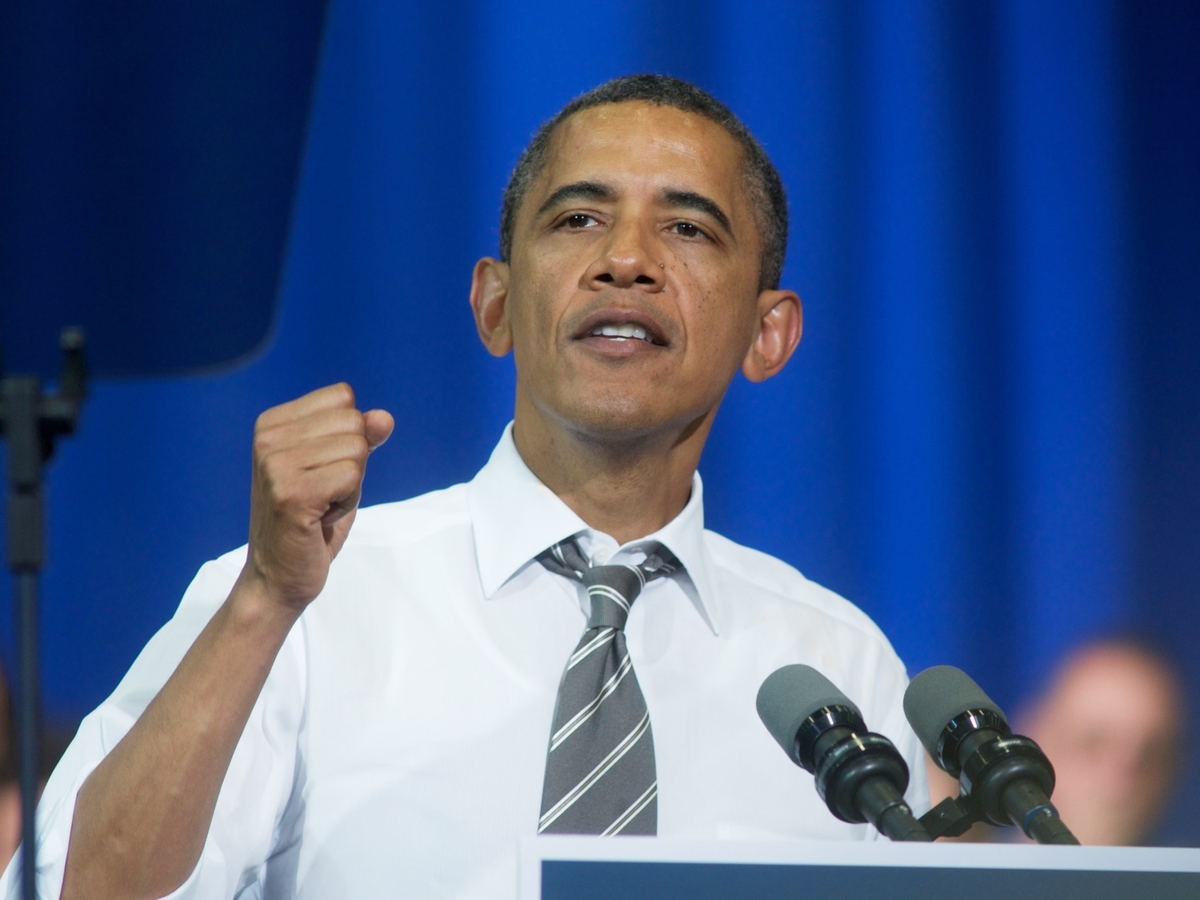 President Barack Obama speaks to a crowd during a campaign stop at Kirkwood Community College on July 10 in Cedar Rapids, Iowa.

Peter Wehner is a Senior Fellow at the Ethics and Public Policy Center.

President Obama has an accountability problem. It's not simply that during the 2008 campaign he made extravagant promises to heal the planet, slow the rise of the oceans, end political divisions in America, and usher in an era of hope and change. It's that as a candidate and in the early days of his presidency, Obama and his top aides made a series of very specific promises on a range of issues.

As a candidate, Obama promised to create five million new energy jobs alone, claimed that by the end of his first term his health care plan would "bring down premiums by $2,500 for the typical family," and guaranteed that his financial rescue plan would help "stop foreclosures." As president-elect, Obama informed us that he had asked two of his top economic advisers, Christina Romer and Jared Bernstein, to conduct a "rigorous analysis" of his economic recovery plan. The report that he released predicted unemployment would not rise above 8 percent if the stimulus plan was passed. And in the first year of his presidency, Obama pledged to "cut the deficit we inherited in half by the end of my first term in office," "lift two million Americans from poverty," and "jolt our economy back to life."

The problem for Obama is that his predictions were not only wrong; they were terribly wide of the mark. For example, since the president was sworn in, America has suffered a net decline of roughly half a million jobs. According to a study by the Kaiser Family Foundation, the average annual premium for family health coverage through an employer reached $15,073 in 2011 — an increase of 9 percent, or $1,303, over the previous year. The 9 percent increase in family premiums between 2010 and 2011 followed an increase of 3 percent between 2009 and 2010. Under Obama, the number of foreclosures was the worst in history. In addition, last year was the worst sales year on record for housing, while home values are nearly 35 percent lower than they were five years ago.

Meanwhile, the unemployment rate has been above 8 percent for 41 consecutive months. The deficit was around $1.3 trillion the day Obama took office in the midst of the financial crisis; according to the Congressional Budget Office, in the current 2012 budget year, the deficit will be around $1.25 trillion. And a record 46 million Americans are now living in poverty.

In addition, during the Obama years we've experienced the weakest economic recovery on record. America's credit rating was downgraded for the first time in our history. The standard of living for Americans fell more steeply than at any time since the government began recording it five decades ago. Income for American families has actually declined more following the economic recession than it did during the official recession itself.

Adding salt to his self-inflicted wounds, Obama, in the heady early days of his presidency, invited accountability. In February 2009, for example, the president told NBC's Matt Lauer that if he didn't have the economy fixed in three years, then "there's going to be a one-term proposition."

Given that Obama's key economic promises haven't been kept, what possible excuse can the president offer? Easy. The president's explanation goes something like this: By the time he took office, the economic situation was far worse than anyone, including Obama, imagined. The deficit was far larger than anyone predicted. The president therefore can't be held accountable for his failed promises. He was operating on a false set of assumptions. The crisis was much deeper than he knew when he made those promises. "We didn't know how bad it was," is how Obama put it last year.

Here's the problem: If you go back and examine the record, you'll find that Obama was fully aware of the depth and severity of the recession. As a candidate, for example, he said we were facing "the worst financial crisis since the Great Depression." As president-elect, Obama said we faced "a crisis unlike any we have seen in our lifetime."

Prior to being sworn in, Obama knew — in fact, he went out of his way to warn us — that we were shedding more than half a million jobs per month, the worst job loss in over three decades. That in 2008 we had lost more jobs than in any year since the Great Depression. That manufacturing had hit a 28-year low. That the stock market had fallen almost 40 percent in less than a year. That credit markets were nearly frozen. That businesses large and small couldn't borrow the money they needed to meet payroll and create jobs. That home foreclosures were mounting. That credit card and auto loan delinquencies were rising. That the economy was "in a global crisis." And that he was inheriting an "enormous budget deficit — you know, some estimates over a trillion dollars. That's before we do anything."

In other words, Barack Obama knew full well how bad things were when he promised he'd cut the deficit in half, when his economic team said that if his stimulus package passed, unemployment would not rise above 8 percent, and much of the rest.

What this means, then, is that Barack Obama's only excuse for his failures is a myth and a mirage — a manufactured, after-the-fact effort to escape accountability for his own words, his own commitments, and his own failings.

The "We Couldn't Possibly Have Known How Bad It Was" narrative is an understandable one for Obama to resort to. But like so much of what the president says these days, it's simply make-believe. The president has run out of excuses, which explains why for many Americans he's just about run out of time.