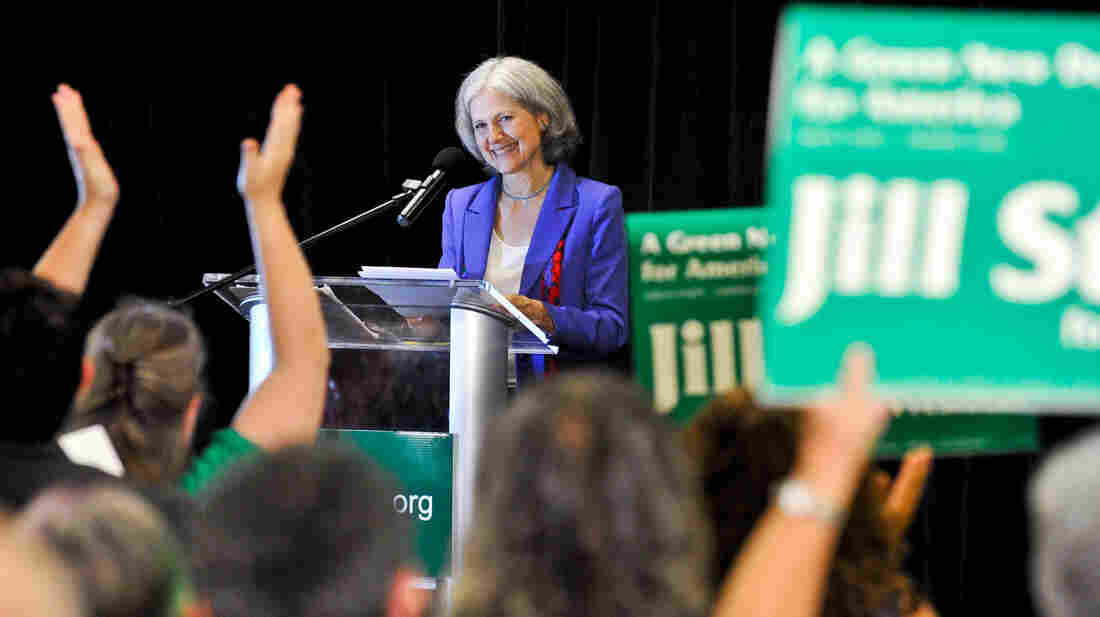 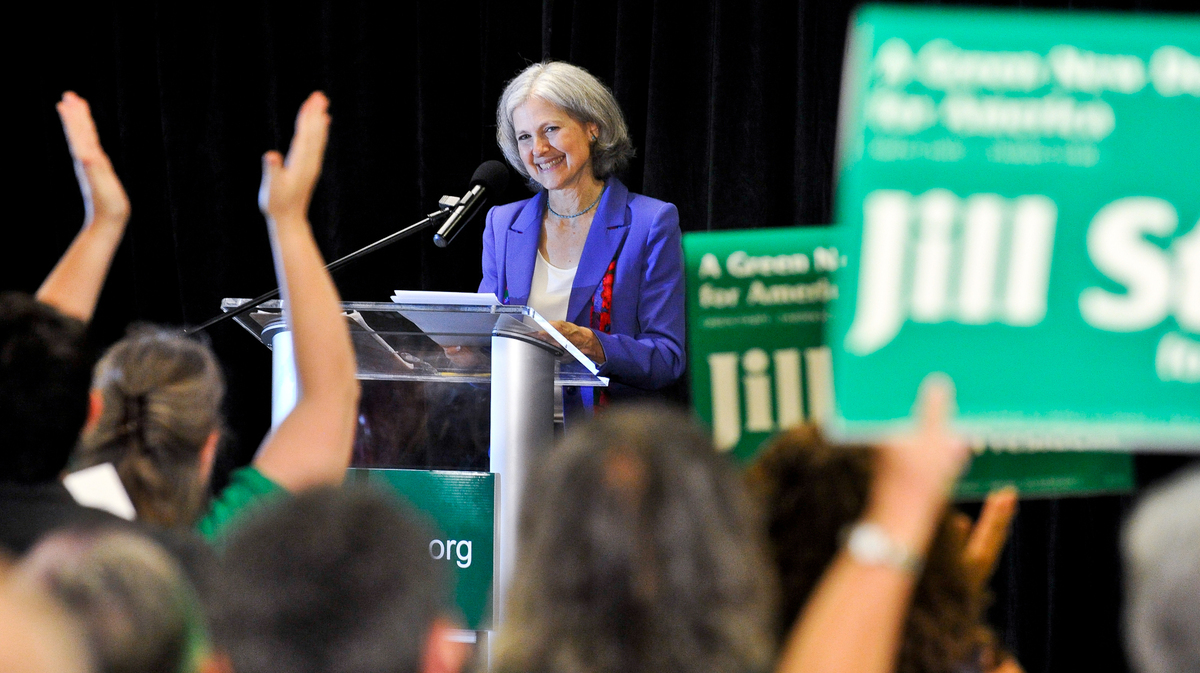 The Green Party nominated a Massachusetts physician and a formerly homeless single mother as their presidential and vice-presidential candidates for 2012 on Saturday. They say they are in it to win it, and — at the very least — to expand the electoral conversation to include people they say aren't represented by either Democrats or Republicans.

Amid waving green and white campaign signs in a conference room at a Baltimore Holiday Inn, the room erupted in cheers as Dr. Jill Stein won the delegate count.

She laid out her platform, called the Green New Deal, which she says includes a series of emergency reforms. The plans range from declaring a moratorium on foreclosures to forgiving student loan debt and creating millions of community-based jobs in worker cooperatives, public transportation and in clean energy.

"The Green New Deal ends unemployment in America," she said.

Stein blasted Republicans and Democrats alike, including President Obama. She's accused the Democrat of embracing the policies of his Republican predecessor. She also called his recent relaxation of policy for young undocumented immigrants a "pre-election about-face."

"The Obama White House has been the most anti-immigrant administration in a century," she said.

In fact, Democrats bore the brunt of the criticism here, though folks like Bob Marsh of California think both so-called mainstream parties are to blame for the nation's woes.

"The Democrats are more responsible because we all know that the Republicans represent Wall Street," he says.

Mell Davis of Maryland believes it's the candidate, not the party, that voters should pay attention to, and she thinks Stein's message will resonate with voters once they hear it. 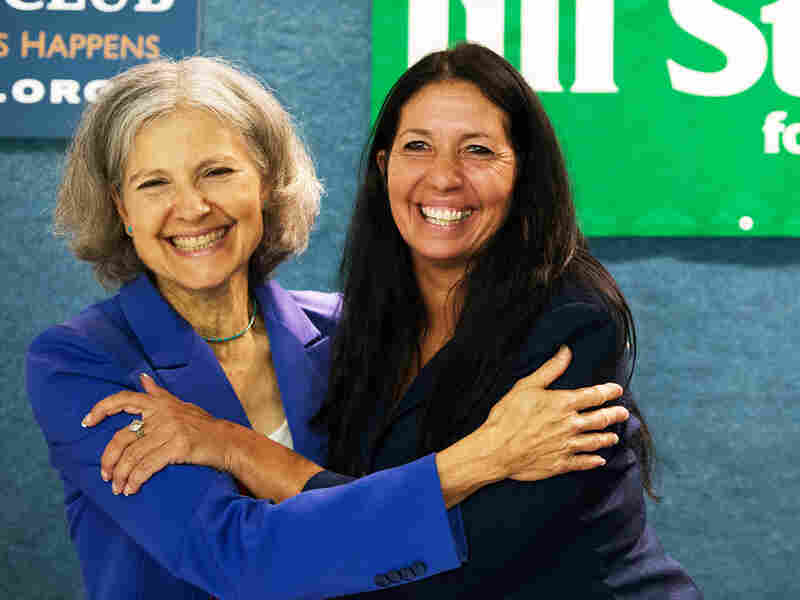 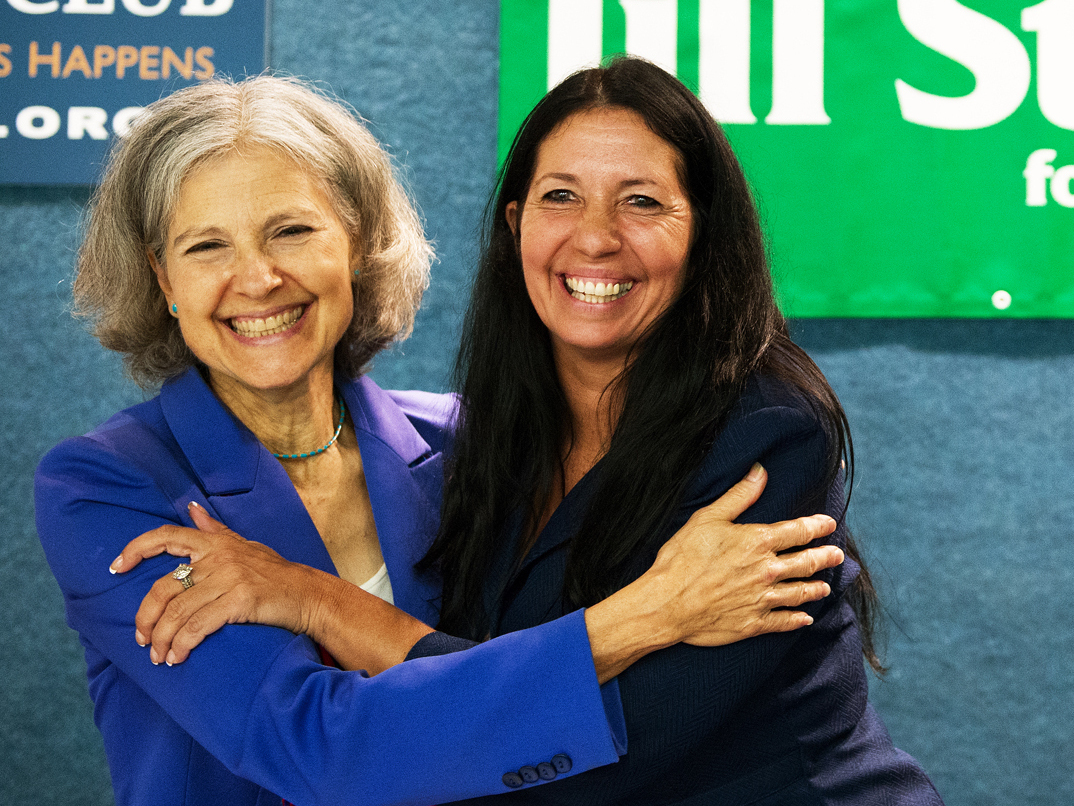 "It's definitely outside of the Republican/Democratic box. We need to get outside of that thinking that nobody besides a Republican or Democrat can get elected," she says.

Davis thinks the party's vice-presidential nominee, Cheri Honkala, will attract single parents. Honkala said she could put a human face on those living in poverty.

"[Poverty is] an issue that hasn't been talked about by either President Obama or Mitt Romney," Honkala said.

Stein has qualified for federal matching funds — the first Green Party presidential candidate to do so in its 11-year history. Party officials are hoping to spend up to $2 million on the presidential race alone.

Stein had an answer for those who worry that the Green Party could tip battleground states against Obama. Many pundits felt 2000 Green Party nominee Ralph Nader's showing in Florida contributed to Al Gore's loss to President George W. Bush.