Accessibility links
Big Crime, Little State: Murder, Mystery In Providence, R.I. For author Bruce DeSilva, Providence, R.I.'s storied history of mob violence and small-town sense of intimacy make it the perfect place to set his crime fiction. The only trouble, he says, is toning down the truth just enough to make it believable. 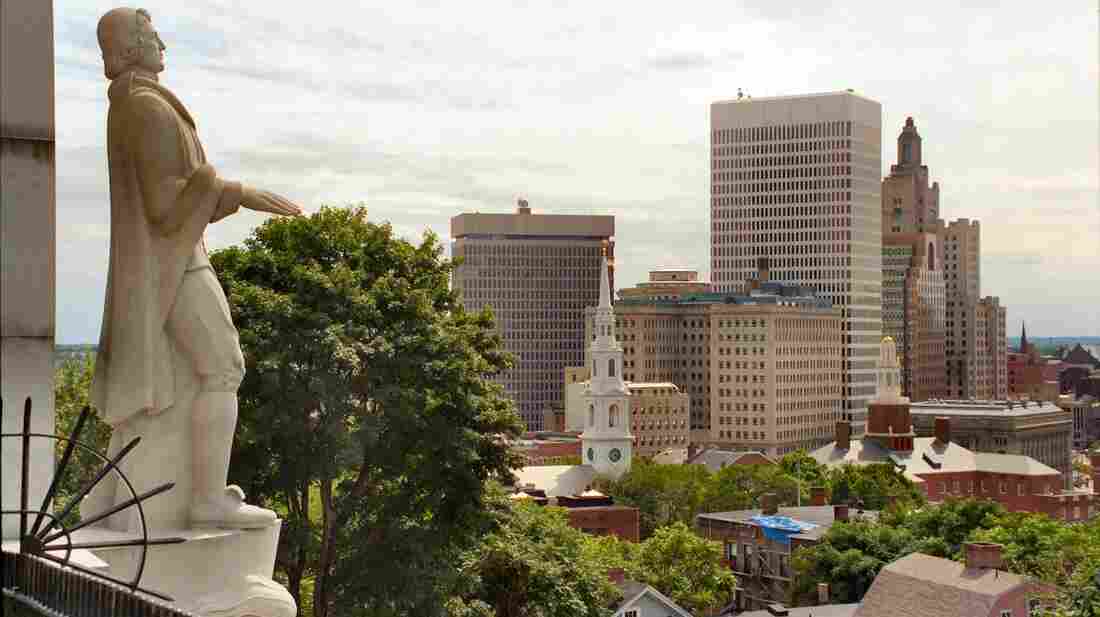 Roger Williams, memorialized with a statue in Prospect Terrace Park, founded Providence in 1636. According to crime writer Bruce DeSilva, corruption set in not long after. Will Hart via Flickr hide caption

Providence, R.I., has a history of mob violence rivaling that of New York or New Jersey, but it comes with a gritty intimacy that could only be found in the nation's littlest state. Author Bruce DeSilva says that's what makes Providence the perfect place to set his crime fiction.

"It is big enough to have the usual array of urban problems," he says. "But it's so small that it's claustrophobic. It's very hard to keep a secret in places like that."

That smallness has also made crime something like a spectator sport in the city. Just consider the lunchtime scene at Caserta Pizzeria, a no-frills joint in the city's Italian neighborhood. At the register, DeSilva reveals that he writes murder mysteries, and suddenly the next guy in line, firefighter Randy Crowe, jumps in with, "Hey, do a book on that guy up there in Woonsocket."

Crowe explains that the Woonsocket serial killer was convicted of murdering three young girls. "It takes a really special kind of person to kill somebody with your bare hands and then dismember their body like that," he says, lowering his voice.

The man at the register nods, then chimes in with another gruesome tale. And on and on they go.

"You remember the guy who murdered the family with a crossbow?" DeSilva asks. Yes, they do.

Mayhem and murder have long been a fact of life in Providence, something DeSilva learned while working as a young reporter at The Providence Journal in the 1970s and '80s. So when DeSilva launched a second career as a crime novelist a few years ago, he says he knew that was where he would set his stories. 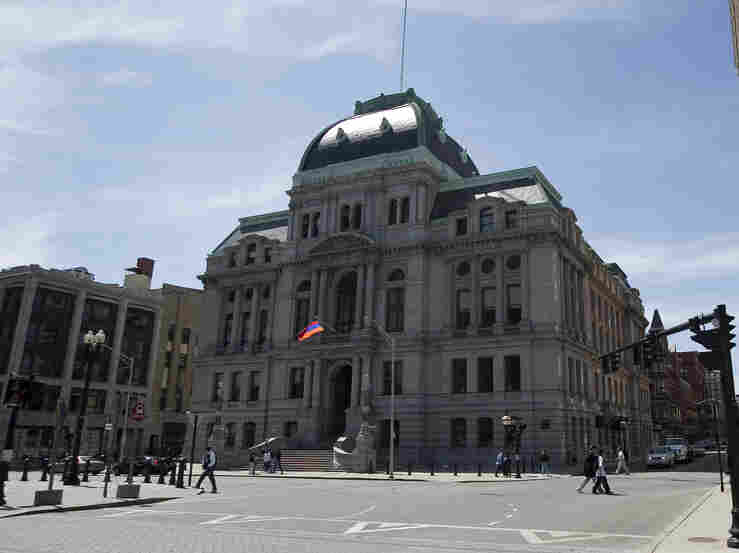 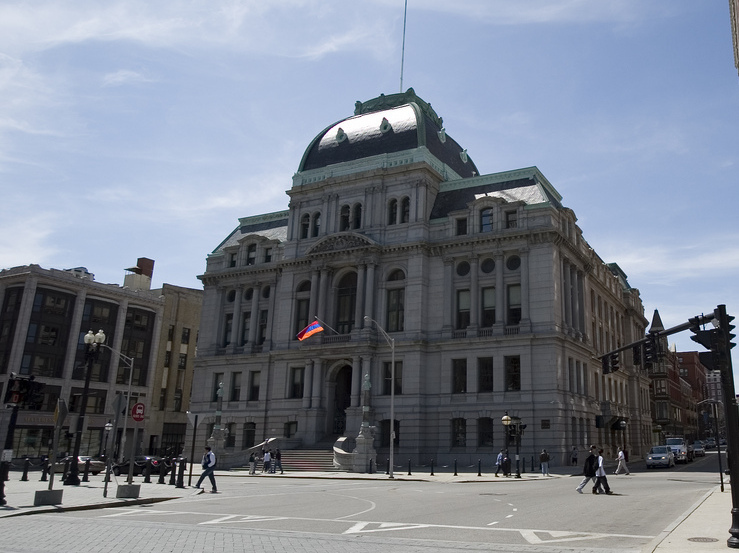 Dedicated in 1878, Providence's City Hall has seen its fair share of corruption.

DeSilva is in love with the city's attitude. But he says you can't really understand that attitude unless you start at the very beginning, in 1636, when the free-thinking heretic Roger Williams founded the city.

Today, a granite statue of Williams towers over Prospect Terrace Park, a grassy plateau that overlooks downtown Providence. DeSilva says corruption set in soon after the city was founded. He points toward the horizon to Narragansett Bay, where colonial leaders were complicit in piracy, then the slave trade.

After the Civil War, DeSilva says, a political machine stayed in power by buying votes. Amid the skyline below, he points to the building where 20th century mob boss Raymond Patriarca once decided everything from who got liquor licenses to which songs were played on the radio. Then there's the imposing, baroque City Hall, where Providence's longest serving mayor, Buddy Cianci, was convicted of a felony while in office — twice.

"Providence is a place with an enormous chip on its shoulder and an inferiority complex," DeSilva says. "This was captured absolutely perfectly in a cartoon by Don Bousquet, a local artist."

The cartoon shows cars crossing the state line, passing under an overhead highway sign that reads, "Entering Rhode Island. Keep your smart remarks to yourself."

DeSilva says he wanted the central character of his novels to embody that Providence attitude, so he based the investigative reporter Liam Mulligan partly on himself, "except that he's 25 years younger, he's 8 inches taller [and] he's quicker with a quip." 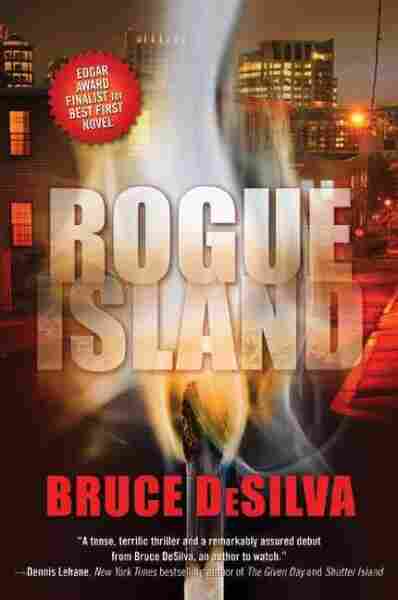 But DeSilva also crafted the young, tall, witty Mulligan as a Providence native. He didn't want an outsider who might look down on the place. Instead, Mulligan grew up in a working-class Providence neighborhood, and he's comfortable in the moral gray area between right and wrong.

"Mulligan's job is to uncover corruption," DeSilva says. "But he sees nothing wrong with — or even inconsistent with — placing a bet with his bookie or paying a small bribe to keep his decrepit car on the road. In one of the books, Mulligan says graft comes in two varieties, good and bad, just like cholesterol."

In DeSilva's first book, Rogue Island, Mulligan's girlfriend wonders why he doesn't want to leave Providence and move on to the big time. Mulligan explains himself by fondly recounting the city's history of corruption:

"I grew up here. I know the cops and the robbers, the barbers and the bartenders, the judges and the hit men, the whores and the priests. I know the state legislature and the Mafia inside out, and they're pretty much the same thing. When I write about a politician buying votes or a cop on the pad, the jaded citizenry just chuckles and shrugs its shoulders. That used to bother me. It doesn't anymore. Rogue Island is a theme park for investigative reporters. It never closes, and I can ride the roller coaster free all day."

'My God, I Remember All These Stories'

Mulligan lives on America Street, a road made up of triple-deckers, many with sagging porches and peeling paint.

"I lived here myself in one of these buildings when it was all I could afford at a time that I was getting a divorce," DeSilva says. 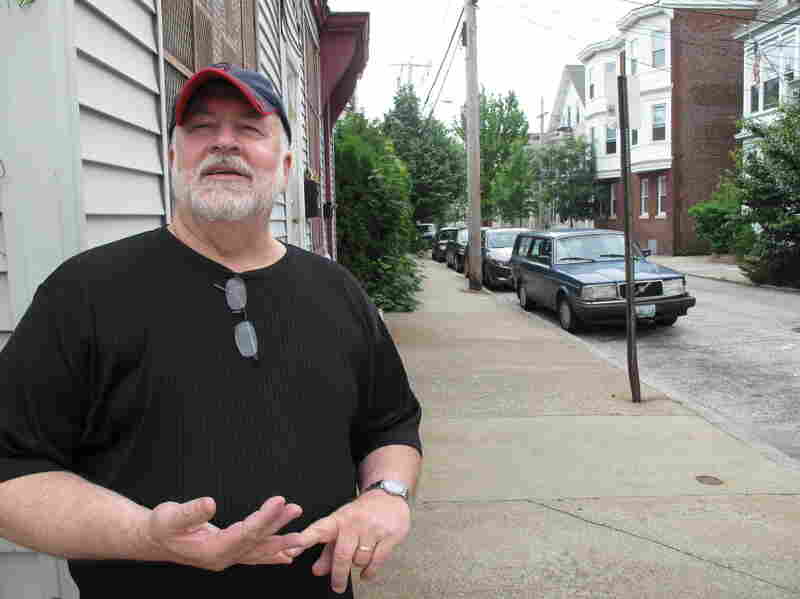 Author Bruce DeSilva shows NPR's Jennifer Ludden around Providence's America Street, where he imagines his main character, Liam Mulligan, lives "in an apartment furnished with a Salvation Army mattress, an ancient Frigidaire and not much else." Jennifer Ludden/NPR hide caption 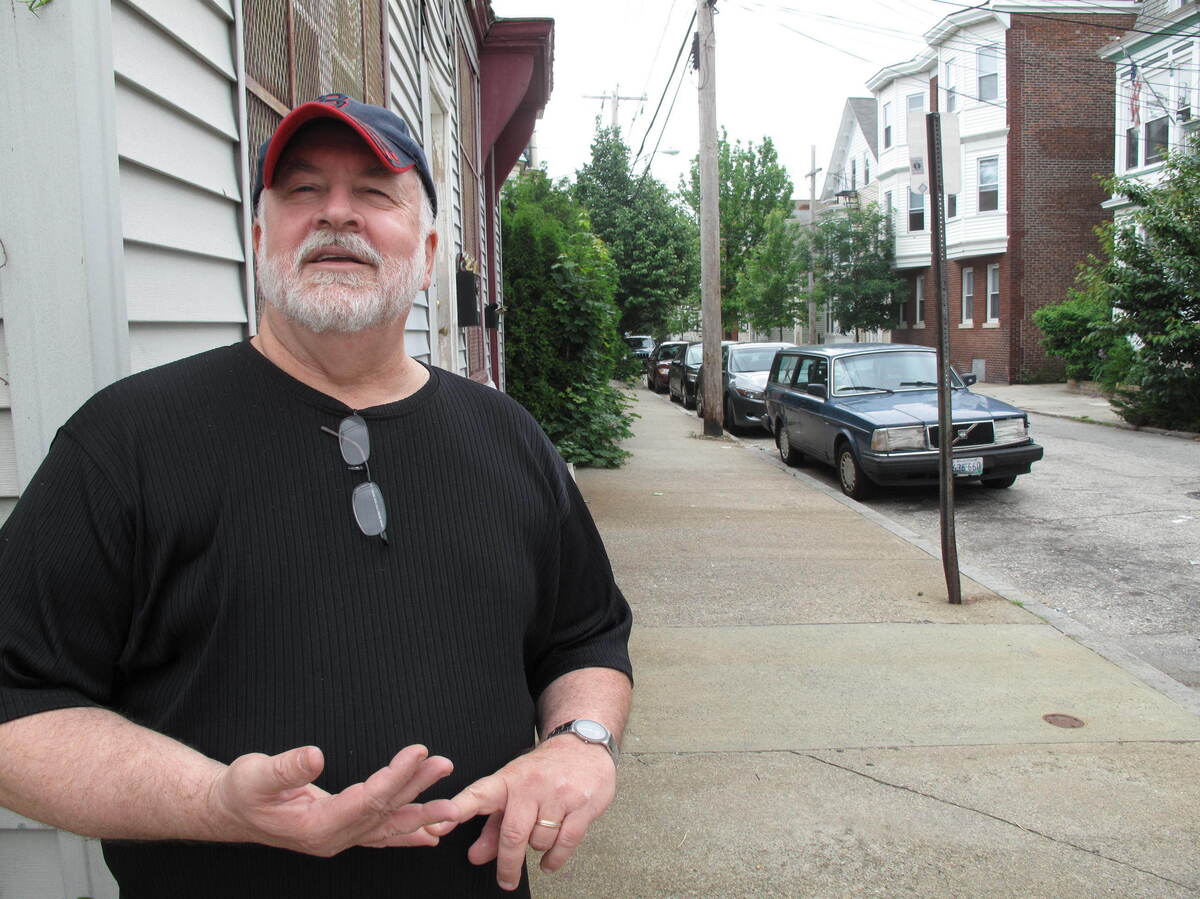 Author Bruce DeSilva shows NPR's Jennifer Ludden around Providence's America Street, where he imagines his main character, Liam Mulligan, lives "in an apartment furnished with a Salvation Army mattress, an ancient Frigidaire and not much else."

Mulligan is in the same situation and, like DeSilva once did, he spends long hours at his newspaper job — in this case, at the fictional Providence Dispatch. DeSilva has updated the Dispatch newsroom for the digital age, so Mulligan is forever filling in for colleagues who have been laid off and fending off story assignments about cute animals, designed to boost declining readership. Still, between it all, he manages to dig up the goods on the serial arsonist, the corrupt politician and the murderer.

At the city's real newspaper, The Providence Journal, DeSilva runs into his old colleague Phil Kukielski. Kukielski says the reality of Providence is unbelievable enough, so it's odd to see it rendered as fiction.

Take DeSilva's second book, Cliff Walk, which centers on a real-life legislative loophole that, until recently, made prostitution legal as long as it was inside. DeSilva says that for years politicians talked about closing the loophole, yet did nothing. Meanwhile, places like Club Fantasies — a strip club on the edge of town whose parking lot is amazingly full on a weekday afternoon — morphed into brothels. 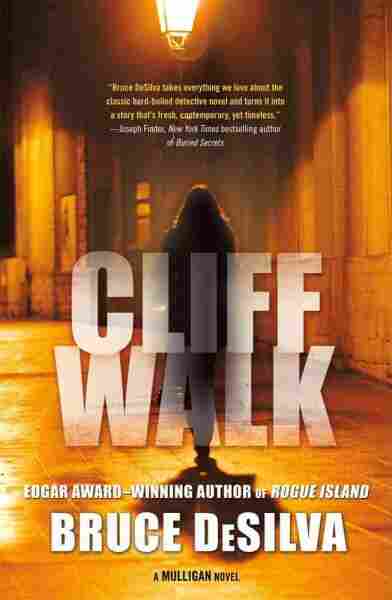 "Tourist buses started arriving from out of town with customers," he says. "At the height of this, this little state had 30 brothels operating openly, and it was big business."

Inside, over blaring music, DeSilva recalls the many evenings he spent at the club doing research, chatting up bouncers, bartenders and the women in skimpy bras and thongs.

"Initially it was embarrassing," he says, "because I was afraid people who I know might recognize me. And I would say, 'Well, I'm working on a book.' And they would go, 'Yeah, right.' "

But that never happened. And, thankfully, his wife found it all hilarious. As for that loophole allowing prostitution, lawmakers finally closed it in 2010.

DeSilva has already written his third book, tentatively titled Providence Rag and due out late next year. Like the others, it deals in that moral gray area he and his protagonist find so compelling.

"Mulligan has a very strong but shifting sense of justice that allows him to work with some unsavory people at times in order to bring worse people down," he says.

Because, according to DeSilva, in Providence it's not always easy to tell the good from the bad.

Read an excerpt of Rogue Island

Read an excerpt of Cliff Walk