Accessibility links
Can Science Plant Brain Seeds That Make You Vote? Politics has been a profession ruled by gut instinct, gurus and polls. But over the past 15 years, the primary method of scientific advance — the randomized controlled study — has been wheedling its way into politics. Bit by bit, it's challenging a lot of the conventional wisdom that dominates current political campaigns. 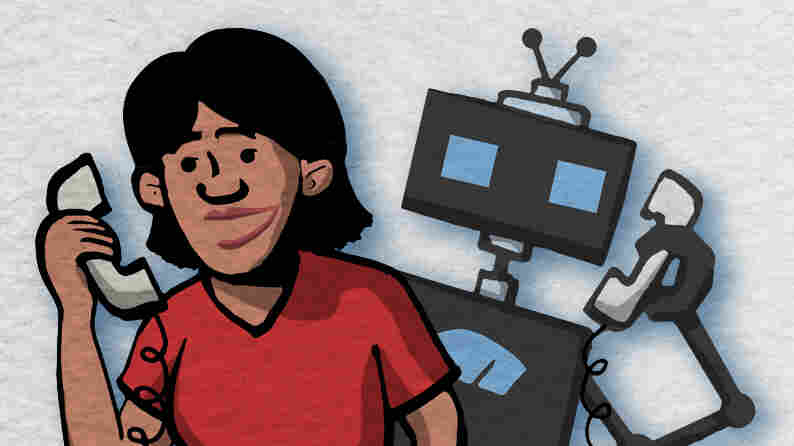 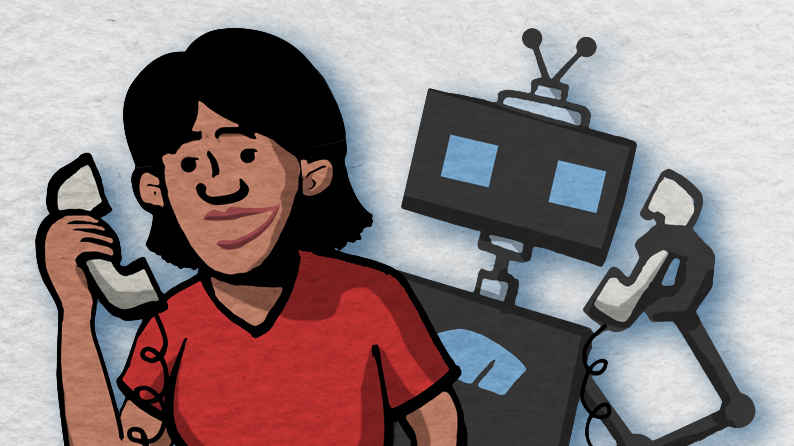 In 2008, just a few days before the Democratic presidential primary between Barack Obama and Hillary Clinton in Pennsylvania, a large group of Pennsylvania voters got a very unusual phone call.

It was one of those get-out-the-vote reminder calls that people get every election cycle, but in addition to the bland exhortations about the importance of the election, potential voters were asked a series of carefully constructed questions:

These questions were designed by a Harvard professor named Todd Rogers. Rogers, among other things, is a behavioral psychologist, and he says he chose those questions for a very particular reason.

"We borrowed that from cognitive psychology," he says, "There's a lot of research showing that thinking through the actual moment when you will do something makes it more likely that the behavior will pop into your mind at the appropriate time."

Essentially, the questions plant a cognitive seed deep in your brain that sits there, mostly forgotten, until you arrive at the moment you talked about during the call. And then, says Rogers, "It pops into my head! 'Oh! I said I was going to vote now!' "

Or anyway, that was the theory of what would happen, the theory that Rogers wanted to test with the calls. And to make sure this theory worked in real life, Rogers did something that hasn't been done much in politics: a randomized controlled trial. He randomly divided the electorate in Pennsylvania into different groups: Thousands got the call with questions, thousands got a standard get-out-the-vote call without questions, and thousands got no call at all.

What he found was that the questions appeared to make a dramatic difference. People asked three simple planning questions were twice as likely to vote as people who were not.

" I was very pleasantly surprised by how effective it appeared to be," Rogers says.

Until recently, there have been very few randomized controlled trials like this in American politics. Politics has been a profession ruled by gut instinct, gurus and polls. But over the past 15 years, the primary method of scientific advance — the randomized controlled study — has been wheedling its way into politics, and bit by bit, it's challenging a lot of the conventional wisdom that dominates current political campaigns.

How To Get Out The Vote

Political scientists Donald Green and Alan Gerber wondered which campaign strategies would increase voter turnout — and perhaps more important, how much each of these strategies would cost.

The Difference Between Experiments And Asking Questions

To be clear, it's not that American voters haven't been studied. All kinds of people have tried to divine the thoughts and feelings of the American voter. But until recently, the only way researchers and pols could figure to study a voter was to ask the voter questions. You either put them in a focus group or you polled them on the phone.

But according to Jennifer Green, another researcher who studies voters through experimentation, that's no way to study a voter. You have to use controlled experiments, she argues, because voters themselves often don't understand what moves them. Most of us, she says, don't.

"If I showed you a quacking duck and I said, 'Hey, do you think this would make you more likely to buy this insurance?' You would say, 'No!' You're going to say, 'I want to know how much it costs! What it will cover! All those details so I can make an informed decision.' We want to portray ourselves as people using information to make informed decisions."

But obviously, Green says, the things that move us often have nothing to do with what our conscious minds tell us is important. "The thing that makes an impression on us, changes our minds ... may be a quacking duck," she says. "And we only figure that out by testing. Asking people is not the same as testing."

Back in 1998, during midterm elections, two political scientists, Donald Green and Alan Gerber, decided to do a series of randomized experiments in Connecticut. (At the time, both were at Yale. Green now works at Columbia University.) Their idea was simple: They wanted to understand what works. Which campaign tactics actually changed minds? Was it better to use direct mail? Phone banks? Canvass door to door? Are there particular ways to talk to voters that make them more likely to vote?

What they discovered was that much of the conventional wisdom about what got voters to vote was simply wrong.

Campaigns spend a fortune on these calls because they think they work, and to be fair, social psychological theory suggests they should work, too. When a well-liked personality — Oprah — endorses a candidate, it should make a difference.

But when Gerber and Green did a series of experiments testing celebrity robo calls, that's not what they found.

"The robo call had no detectable effect whatsoever," says Green. "We are batting basically a perfect zero for all these robo call celebrity endorsements. Which is kind of an interesting commentary not only on the effectiveness of a campaign tactic but on a well-regarded social psychological theory."

Since those first experiments, which took place in 1998, there have been dozens more.

Scientists have discovered that when you tell potential voters that lots of people are going to the polls, the social pressure makes them more likely to go to the polls, too.

And when you indicate to people that you are watching them by mailing them records that show how often they and their neighbors have voted, that really gets them to the polls, too. "It was an enormous effect — 8 percentage points," Green says.

Though at first many campaign professionals dismissed this work, over time it's been gaining acceptance among both Democrats and Republicans.

Now, the potential impact of this work on elections shouldn't be overstated.

The reality is that elections are mostly decided by some combination of macro forces like the economy and war, and political personalities. But Rogers believes that rethinking campaigns based on this kind of research can make a difference.

"We're talking about increasing the chances of winning on the margins during close races," he says. "But there are a lot of races on the margins."