Accessibility links
Call Me Maybe When Your School Loan Is Paid In Full Beyond career choices and living arrangements, young adults say their student loan debt affects another key part of life: dating and marriage. Some have had partners break up over debt; other couples forge ahead, but keep finances separate and avoid legal marriage. 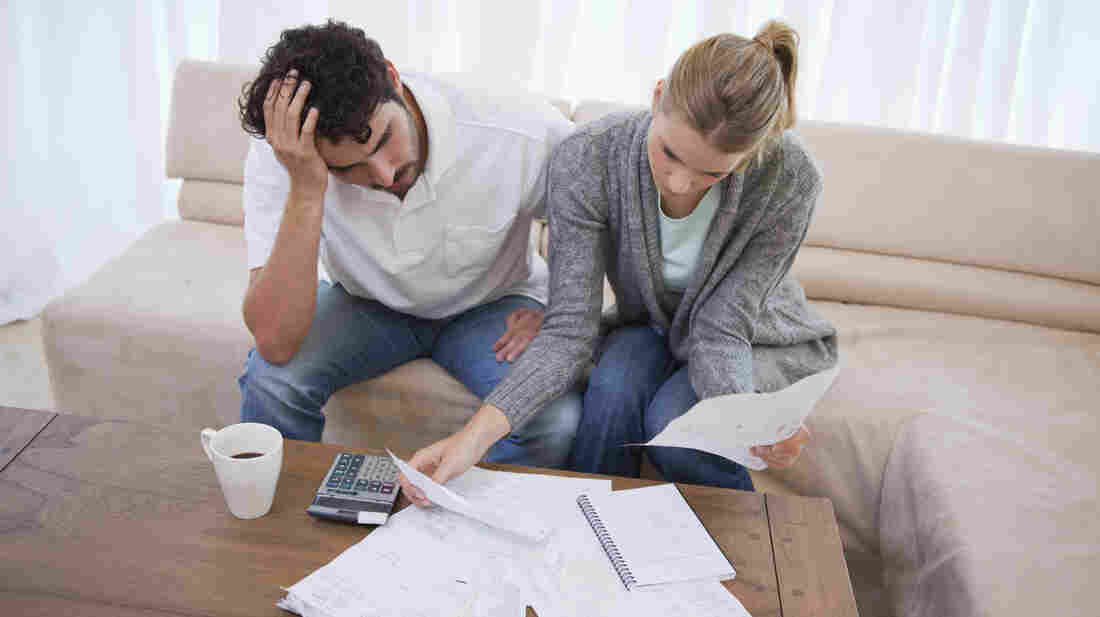 Some young adults say their student loan debt affects their dating and marriage potential. A few have had partners break up with them over debt, while other couples forge ahead, but keep finances separate and avoid legal marriage. iStockphoto.com hide caption 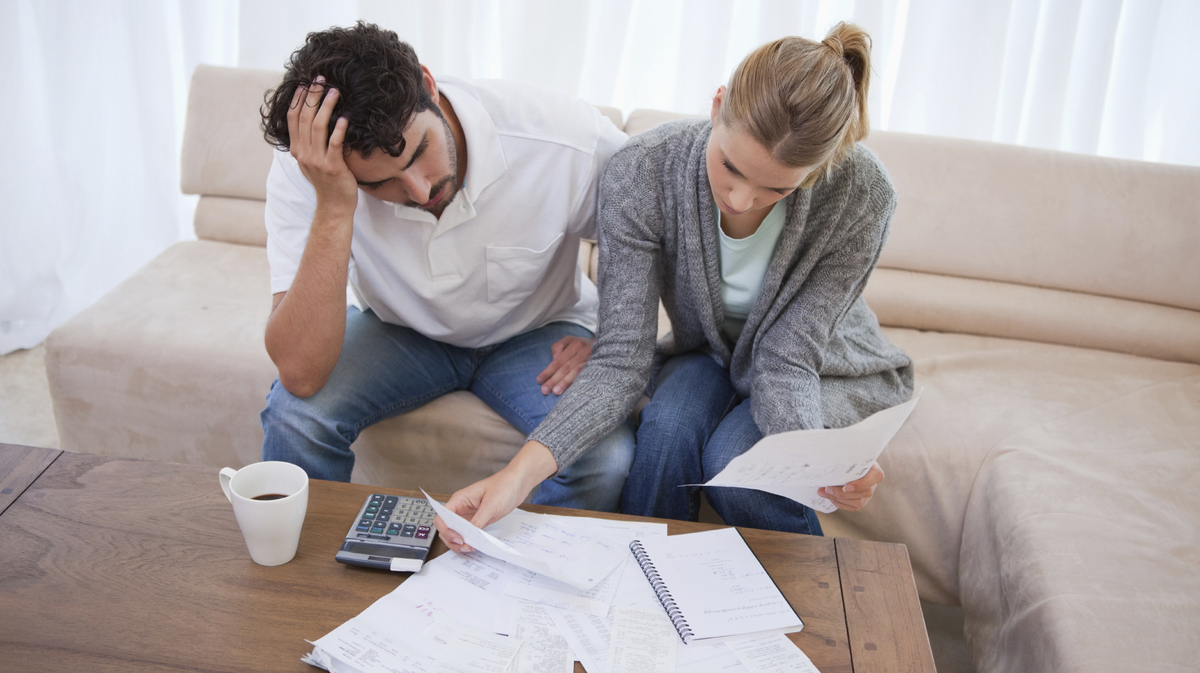 Some young adults say their student loan debt affects their dating and marriage potential. A few have had partners break up with them over debt, while other couples forge ahead, but keep finances separate and avoid legal marriage.

The increasing debt load of college graduates has affected young people's lives in untold ways, from career choices to living arrangements. Now add another impact on a key part of young adult life: dating and marriage.

Rachel Bingham, an art teacher in Portland, Maine, learned this a few years back, when a guy broke it off after four months of a budding relationship. Among other reasons, he cited her $80,000 in student loan debt.

"He said it scared him," she recalls, "that it really made him anxious. And he just did not want to take on my responsibility."

That made Bingham angry because she had never asked for his help. She says she has been very responsible, diligently making her loan payments.

"I was really floored at the time, because I just didn't consider that as a reason for someone to not be with someone else," she says. "I felt it was very shallow."

Bingham is now engaged to a man who's not scared off by her debt, but it turns out her ex-boyfriend was far from alone. The issue recently came up in a letter to an advice column at Nerve.com, a pop culture dating website. This time it was a woman wary of a serious relationship because her boyfriend has $150,000 in debt, mostly student loans.

"He was explaining his money stress to me," the woman wrote, "and I started crying because I saw the future I want falling away."

She wrote that she felt "embarrassed" about being so "selfish," and signed her letter, "Am I Being Awful?"

Caitlin Caven, who writes the site's Miss Information column, assured the woman that she's right to take a hard look at things. She suggested that a responsible approach to repayment is more important than the boyfriend's actual — admittedly staggering — amount of debt. Caven says readers also weighed in.

"There were a lot of people saying, 'Dump him, get out,' " she says. "And then there was a lot of backlash, saying, 'Hey, that's unfair. You guys are clearly not thinking about how student debt works in this country. So many people are in debt like that, that you can't just get rid of a good relationship because of it.' "

Generally, it starts with an awkward look, like, 'What have I gotten myself into?'

Craig Pfeister, describing how dates react when he tells them how much student loan debt he has

Caven advised the woman to keep her finances separate and consider a prenuptial agreement.

'An Impediment To Moving Forward'

When NPR asked about this issue on its Facebook page, many couples said they've avoided legal marriage so one partner wouldn't be liable for the other one's debt. In fact, responsibility for student loans does not transfer to a spouse. But, practically speaking?

"Well, once you're married, you're basically responsible for it at some level," says Bill Driscoll, a financial planner in Massachusetts. He sees the impact of student loan debt on his 30-something clients.

"It's causing uncertainty and tension," he says, "because it's an impediment to them moving forward on a lot of fronts."

Those include having a child or saving for college, saving for retirement and the biggie: buying a house.

"If they go to buy a home," says Driscoll, "and they've got $65,000 in student debt, that's going to undermine a lot of the possibilities for getting financing."

Driscoll says half of his clients don't see eye to eye when it comes to spending versus saving, so he advises hashing out a compromise plan. Mostly, he counsels couples to talk about financial problems early. But that can be hard to do.

"I just usually wait until it comes up and kind of clench my teeth," says
Craig Pfeister, a 29-year-old craftsman who makes guitars in Denver. He has north of $100,000 in student loans, and has grown used to the reaction that gets from dates.

"Generally, it starts with an awkward look, like, 'What have I gotten myself into?' " he says. Pfeister has come to realize that he's more comfortable dating women who also have lots of student debt.

"We can kind of laugh about it," he says, "like we're both owned by Sallie Mae. If they already have in their mind they'll have this debt for their entire life, when they hear about mine, it's just, 'Oh, you, too?' "

And if Pfeister ends up marrying more debt? Sure, it would add to his financial stress. But, he says, at least the stigma would not be just on him.