Accessibility links
A Syrian Defector Confronts A Sectarian Divide The fighting in Syria often pits Sunni Muslims, who make up a large majority of the population, versus Alawites, who control many leadership positions. An Alawite who joined the anti-government forces finds he is sometimes viewed with suspicion. 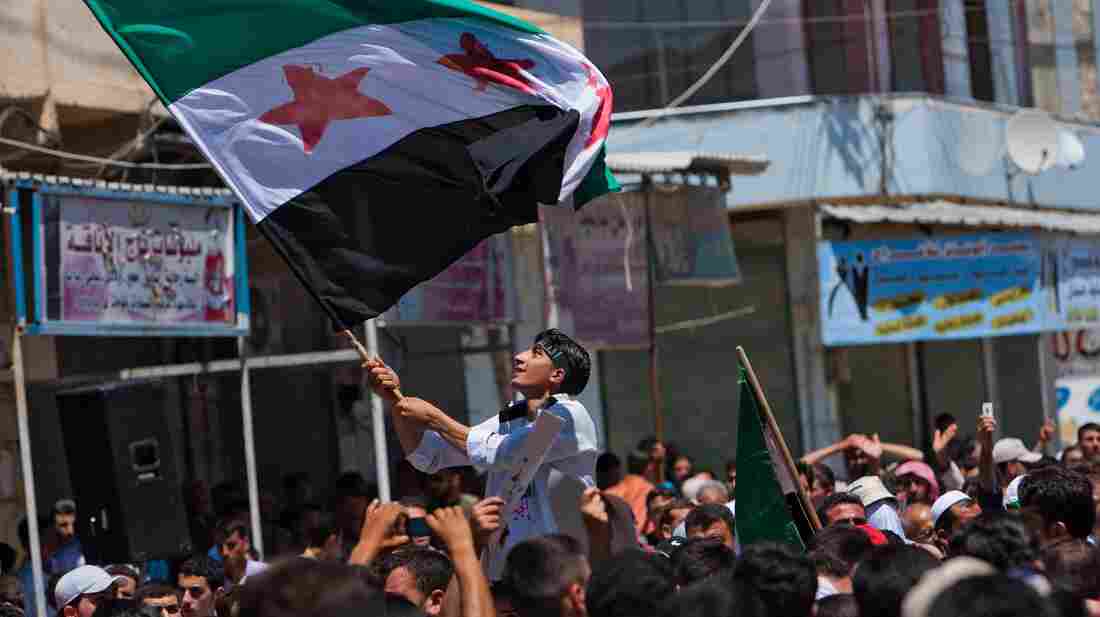 Syria's ongoing fighting is increasingly a sectarian conflict with the majority Sunni Muslims facing off against the Alawites who make up most of the country's ruling elite. Here, government opponents rally in the northern town of Mareh on June 29. Vedat Xhymshit/AFP/Getty Images hide caption 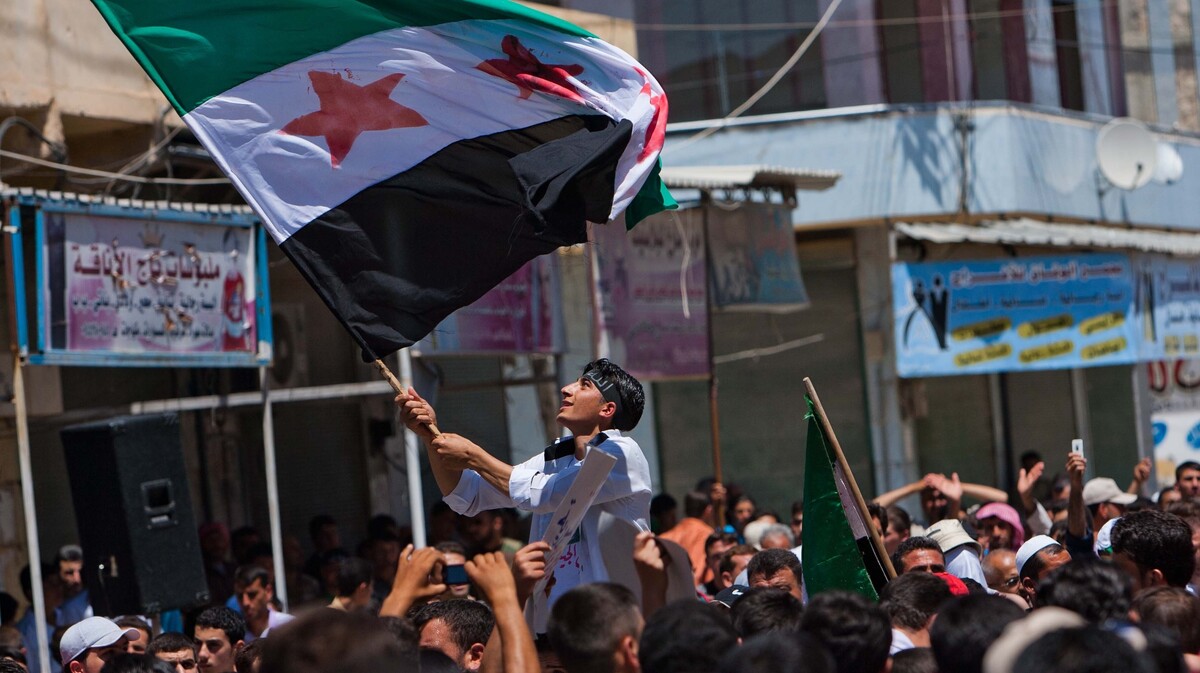 Syria's ongoing fighting is increasingly a sectarian conflict with the majority Sunni Muslims facing off against the Alawites who make up most of the country's ruling elite. Here, government opponents rally in the northern town of Mareh on June 29.

The violence in Syria is increasingly being called a civil war, and it can also be called a sectarian war, because much of the fighting pits the majority Sunni Muslims against the minority Alawites who make up much of the country's leadership.

Yet not everyone fits neatly into a category. There are some Alawites who have joined the uprising.

One 30-year-old Alawite man, who doesn't want his name revealed, is nervous as he lights another cigarette and tells the story of how he came to side with the opposition and turned his back on the Alawite rulers.

"Those people have stopped using their minds. They are just acting by their feelings," the man says of other Alawites who remain loyal to Syrian President Bashar Assad and his regime.

The young man wants the regime to fall and he has fled his homeland for Turkey. He is currently in Antakya, just across the border from northwest Syria. Yet he's afraid for his family still in Syria.

Threats To His Family

His Facebook page, Alawite Youth, was critical of the regime and put him at risk. And in the past week, his family, which lives in an Alawite neighborhood in the Syrian port city of Latakia, has been harassed. Men came to the family house, they punched his brother and are now calling the defector on his phone.

"They just threatened me and my family, saying, 'We are going to kill your brothers and rape your sisters, so what can you do,' " the defector says.

His family once supported his activism. But they begged him to erase the Facebook page that he launched in April 2011. He had joined the uprising in the earliest days and was proud to show that the revolution was for freedom and not a fight between religious sects. But he erased the page last week for the sake of his family.

"We became friends. He told me that he was astonished that some Alawite people support the revolution," the defector says.

But his Sunni friend was killed recently in the Syrian village of Houla, one of the events that has cemented the sectarian divide. It began with the Syrian army shelling the Sunni Muslim farming district and ended with Alawite militiamen — known as shabiha — killing house to house late into the night. More than 100 people died, including the Sunni Muslim activist who was willing to work with an Alawite for the sake of the revolution.

"He was a good friend, he was an honest man, open-minded. It's a disaster, actually," said the defector.

The divide in Syrian society means the Alawite defector is increasingly isolated among the Syrian exiles in southern Turkey.

"You are not so welcome in the revolution," he says. "You have to prove every day — every single hour — that you are supporting the revolution."

It seems he has to prove himself again when we sit down in a cafe popular with young rebel fighters who come to southern Turkey for a break from the fighting. They are all Sunnis.

The Alawite gets looks -– unfriendly looks.

"Actually, it makes me so sad — so desperate — there are so many people like this guy who is looking at me suspiciously. And I understand his looks. This is only a disease in the Syrian people," he says.

The revolt and the regime's response have separated Syria's communities. The defector says it was different in his college days when his friends were Christian and Sunni Muslims.

"We have been laughing about our religion for 10 years," the defector says. "I told one of them, 'You are a stupid Sunni,' and he told me, 'No, you are stupid Alawite,' we are laughing about that. There is a feeling of brotherhood in that. That we are just Syrian; we are just human."

As we leave the cafe, he says he is a lonely man now who feels distant from all sides.

He remains committed to the uprising, committed to his choices because, he says, he believes Syria must change.