Accessibility links
Addict To Activist: How Elton John Found His 'Cure' The musician describes his life in the '80s as a "drug-fueled haze," but he says he turned it all around after meeting Ryan White, a teenager who contracted AIDS through a blood transfusion. In Love Is the Cure, John recounts his journey from substance abuse to AIDS advocacy. 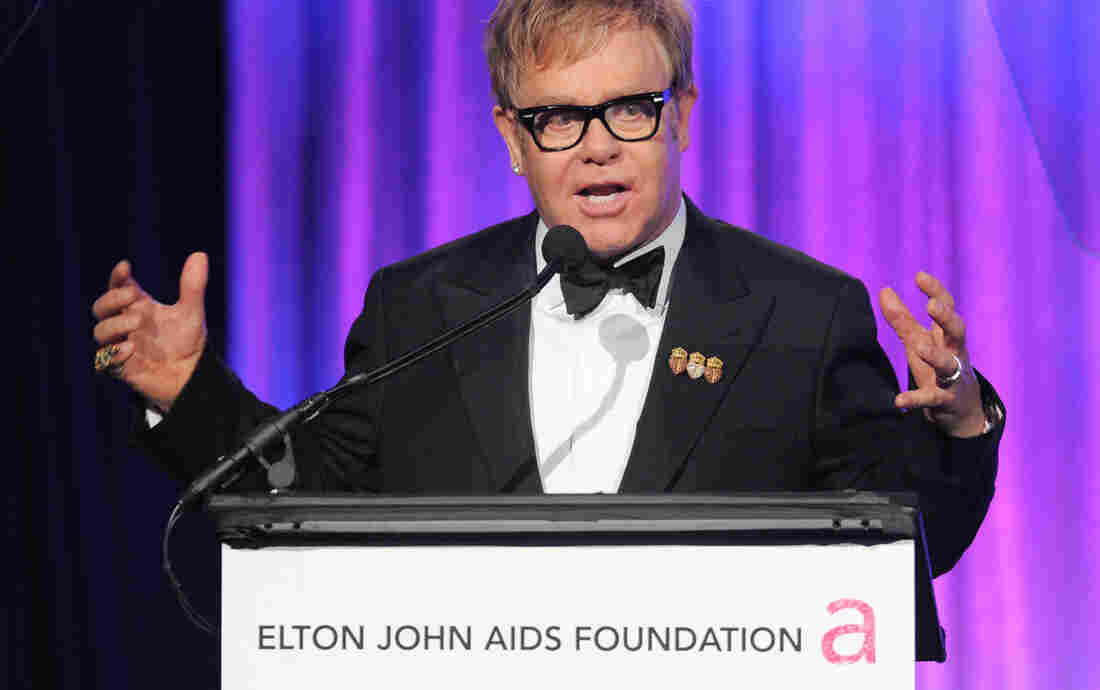 Sir Elton John is constantly remembering his life as a drug addict, whether he wants to or not.

"I still dream, twice a week at least, that I've taken cocaine and I have it up my nose," John tells NPR's Steve Inskeep. "And it's very vivid and it's very upsetting, but at least it's a wake-up call."

In his new memoir, Love Is the Cure, the singer-songwriter explains how he stopped using cocaine — and abusing drugs and alcohol — after he came to know Ryan White. White was an Indiana teenager who contracted AIDS through a blood transfusion. His case did much to build public support to battle the disease. When neighbors ostracized the White family, John helped them move. Then, months after White's death in 1990, the singer was forced to reconsider his own life.

"It got me to realize how out of whack my life was, because I was just in and out of a drug-fueled haze in the '80s. I did nothing to help people with AIDS," he says. "I was a gay man who really sat on the sidelines."

After seeking treatment for his addictions, he started the Elton John AIDS Foundation, which now gives grants to AIDS and HIV prevention and treatment programs. In the first of a two-part interview, John tells Inskeep about his experiences with addiction, his change of attitude toward AIDS and how he became an activist.

On his first encounter with cocaine in the '70s, when John's manager brought it into the recording studio 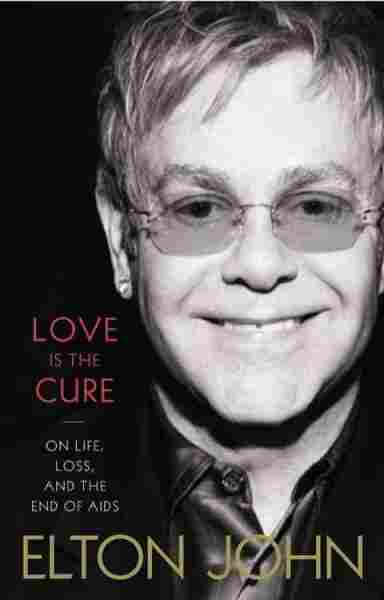 On Life, Loss, and the End of AIDS

"I was so ignorant about drugs and so naive. I mean, my band was smoking marijuana for years; I didn't even know what a joint was. And I'd never seen a line of cocaine in my life, and I don't know whether it's bravado, or, 'OK, I'll join in,' but, [in] my stupidity, I had a line of coke and that started the whole process. ... I fired [my manager]. But it took me a long time to do it, because I was never a confrontational person, and it took me until the '90s to do that."

On what drugs did for him, and where they led him

"I was just genuinely shy. I'd always been a shy kid. And when I happened, when my success started, I was incredibly confident onstage because that's where I loved to be, but offstage there was no balance. I was the same little kid that went onstage, but onstage I had all the bravado and the chutzpah necessary to do a great show, but there was no balance in my life. I always said cocaine was the drug that made me open up. I could talk to people. But then it became the drug that closed me down, because the last two weeks of my use of cocaine I spent in a room in London, using it and not coming out for two weeks. And it completely shut me down. So, it started out by making me talk to everyone and then ended up by me isolating myself alone with it, which is the end of the world, really."

On realizing he needed help

"When I knew Ryan [White], I knew that my life was out of whack. I knew that I had to change. And after he died, I realized that I only had two choices: I was either going to die or I was going to live, and which one did I want to do? And then I said those words, 'I'll get help,' or, 'I need help. I'll get help.' And my life turned around. Ridiculous for a human being to take 16 years to say, 'I need help.' "

On choosing a song to play at Ryan White's memorial

"It's very hard to choose the appropriate song to sing at something like that. 'Skyline Pigeon' was on my very first album, called Empty Sky, and I chose it because I thought at that time it was the first really good song that we'd ever written. And it was a song about release and freedom, and death is [a] kind of release and freedom. It's a very pretty song, a very pretty lyric. And so I sang it then, and it seemed the most appropriate thing to sing and the lyrics seemed to go beautifully with the passage of crossing over to the other side, as it were."

On asking Florida not to cut funding for HIV and AIDS patients, and Florida Surgeon General Frank Farmer suggesting he play a benefit to help raise money

"[EJAF is] an AIDS organization, and whenever anybody's funding is cut — and it's usually cut, especially in this case in Florida, [for] the people that can afford it least ... then we're going to write a letter about it. And we wrote a letter to [Florida Gov. Rick Scott] himself. ...

"It's not my job to [fund a state's AIDS program]. It's the government's priority to do that. I can't do benefit concerts for Florida, for the people with AIDS in Florida. It's their responsibility; they need to do what's right. And cutting funding for the people that [can] least afford it is criminal."

On why funding for AIDS treatment is the government's responsibility

"We can solve this AIDS problem forever if the government gives the funding. If people are encouraged to come out and say they're HIV-positive and they're given their treatments, then obviously the people who are marginalized — like intravenous drug users, prisoners, people who are made to feel less-than — if they're given the support of the government and they're given the funding, then it's going to help solve the spread of AIDS and HIV in America. We have to try and get rid of this shortsightedness when it comes to HIV and the stigma around it."

Read an excerpt of Love Is the Cure