But where is Holiday buried? She's not in New York's Woodlawn Cemetery, the well-known spot for famous dead jazz musicians such as Duke Ellington, Celia Cruz, Miles Davis and Lionel Hampton. She's buried at St. Raymond's Cemetery — or, as singer and Holiday fan Queen Esther puts it, "Way, way, way out," in the Bronx.

Queen Esther and Columbia University professor Farah Jasmine Griffin recently did a show at The Apollo Theater based on Holiday's music and the writings of Zora Neale Hurston. Griffin is the author of If You Can't Be Free, Be a Mystery: In Search of Billie Holiday. They are both huge admirers of Lady Day. And they recently paid their first visit to her grave.

"I think people assume she's in Woodlawn," Griffin says. "Because that's where everyone else is. ... So people assume that, unless you go looking." 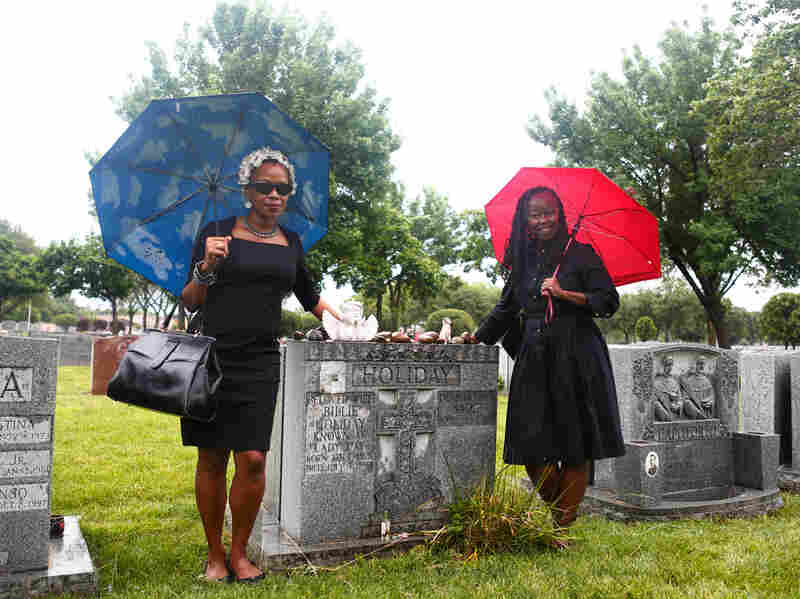 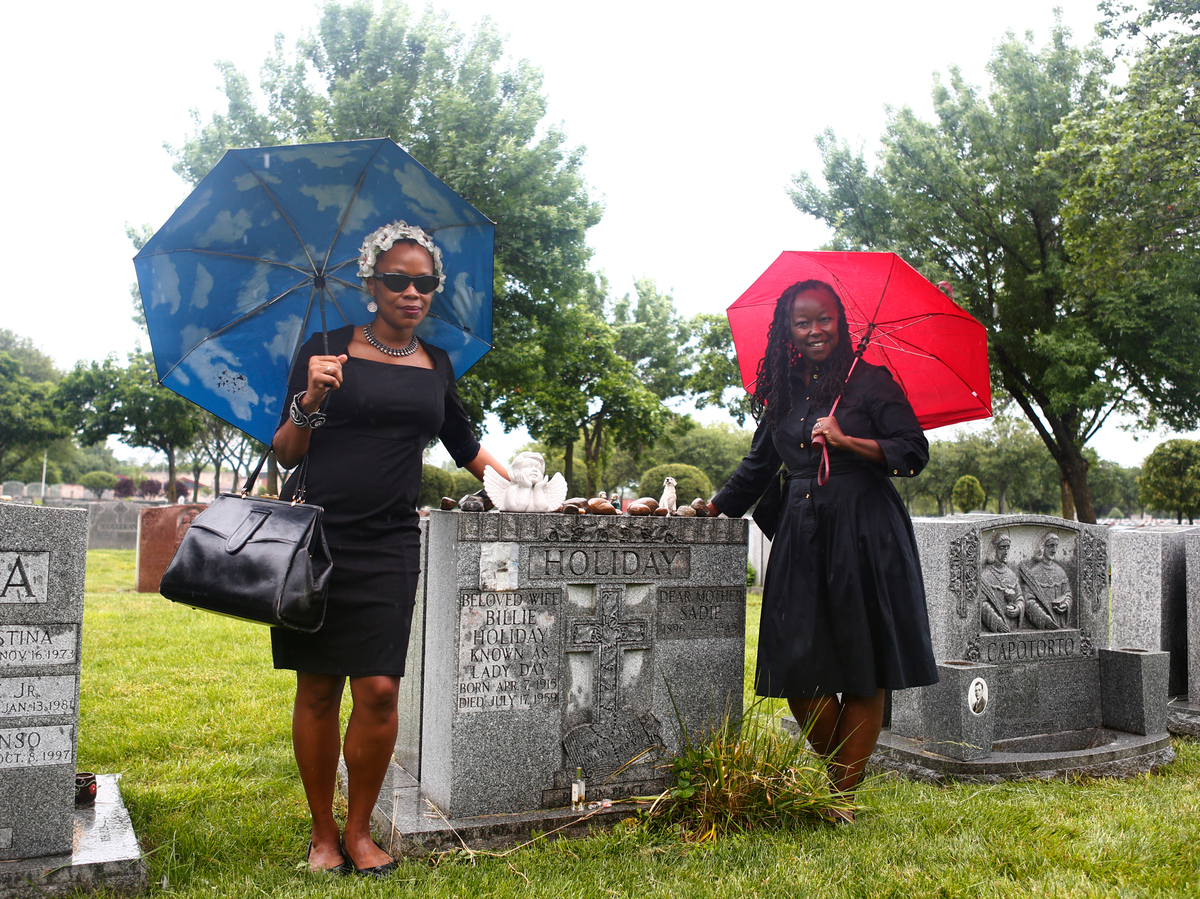 So why is one of the most influential singers in the world buried in a place that is so inaccessible?

"Probably because it was cheap," says Donald Clarke, author of the Holiday biography Wishing on the Moon.

The story goes that, when Holiday died, her life savings of $750 were found strapped to her leg. Decisions around her death were left to her estranged husband, Louis McKay, who, by most accounts, was a louse.

Clarke says McKay was a "wannabe gangster" who didn't pay for Holiday's funeral. Instead, it was reportedly funded by a wealthy jazz fan, Michael Grace. Clarke says Grace also offered to pay for Holiday to be buried next to Babe Ruth at an upscale New York cemetery. But McKay wouldn't have it.

"He took over because he wanted to, and because he could," Clarke says.

McKay decided Holiday should be buried alongside her mother, Sadie Fagan, at St. Raymond's. Clarke concedes that's probably what she would've wanted.

But then, a year after her death, it was discovered that Lady Day still had no tombstone. The plot wasn't even marked. One visitor to St. Raymond's described it as a "small square of gray, mean-looking ground."

As the news spread, so did the outrage. In May 1960, DownBeat magazine — a bible for jazz fans — wrote that it was a "situation that would've appealed to Billie Holiday's sharp sense of the ironic."

"Where," the magazine went on, "were all the people who had made money off the singer during her life"? DownBeat started a collection to pay for a tombstone. Once again, Holiday's husband objected. Clarke says Louis McKay announced "that he intended to have Lady and Sadie's remains removed to the St. Paul's section of the cemetery and that he would erect a monument at a cost of $3,500."

Holiday and her mother now share a tombstone. On a recent rainy day in June, it was clear others had also made the pilgrimage. A small statue of an angel, a little porcelain dog, and a famous photo of Holiday were among the tokens left behind.

In her 44 years, Holiday suffered through poverty, racism and addiction. She was hounded by the media and often made headlines. So maybe she would've liked the solitude and tranquility of St. Raymond's, say Farah Jasmine Griffin and Queen Esther.

"She's here ... far removed from everyone. She isn't harassed. She's having some respite, some peace," says Queen Esther.

Though many people might like to see Holiday honored with a mausoleum, Griffin says, "There's something about the conventionality of it that's nice, too."

In any case, she says, "It's not so much where they're buried, it's how we remember them."