Accessibility links
Movie Review - 'Shut Up and Play the Hits' - At His Zenith, An Unlikely Rock Star Bows Out Shut Up and Play the Hits documents the final show by indie dance-rock band LCD Soundsystem, along with the immediate aftermath for frontman James Murphy. Powerful concert footage and an in-depth interview with Murphy make for a classic music documentary.

At His Zenith, An Unlikely Rock Star Bows Out

At His Zenith, An Unlikely Rock Star Bows Out 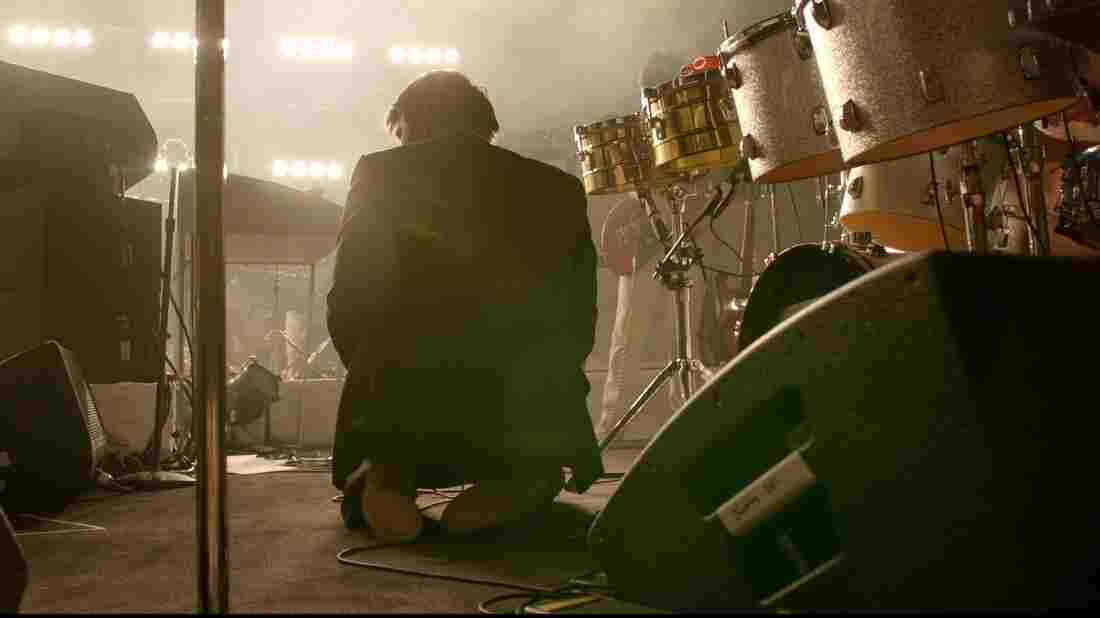 Shut Up and
Play the Hits

From 'Shut Up And Play The Hits' - 'Dance Yrself Clean'

"This is our last song." You've probably heard words to that effect any number of times at concerts over the years, but when James Murphy said them on April 2, 2011, from the stage at Madison Square Garden, it was a little different.

That explains the 13 movie cameras trained on the stage and the audience that night by directors Will Lovelace and Dylan Southern for their concert film Shut Up and Play the Hits — set to screen in select cities July 18, for one night only. (At a few venues, additional dates may be added.)

It also explains the tears mixing in with the sweat in the eyes of fans who had just finished three hours' worth of rhapsodic dancing and cheering for this band — an act unique in its ability to attain the degree of mainstream success necessary for a spectacle as large as this concert, despite its independent beginnings and a frontman reluctant to be anything resembling a rock star.

There's a little bad news for Murphy in Shut Up and Play the Hits, then: If you can fill an arena with thousands of devoted fans hanging on your every word and moving in unison to every beat, you might just be a rock star. The good news is that Murphy has managed every step of his band's trajectory according to his own terms.

That no-regrets attitude is articulated in an interview with the cultural commentator Chuck Klosterman that forms the nonconcert backbone of the film. Every great concert documentary needs something unexpected to make it into something special. Jonathan Demme's Talking Heads film Stop Making Sense had its starkly minimalist aesthetic; the Maysles Brothers' Rolling Stones doc Gimme Shelter had an on-camera stabbing; Scorsese's The Last Waltz, about The Band's final show, had ... well, Scorsese. Klosterman is Shut Up and Play the Hits' ace in the hole, a well-informed observer digging deeply into Murphy's complex and often conflicted relationship with stardom.

Most of the interview is used to soundtrack scenes of Murphy on the day after the concert, going about his daily activities and officially no longer a part of LCD Soundsystem. It would seem that he's gotten exactly what he wants here: In a clip from a 2011 appearance on The Colbert Report, he tells the host that he'd like to spend time making coffee now — and there he is, making coffee, at home and at the office.

Later he tells Klosterman, "I don't want to be a famous person." And indeed when he walks the streets of New York City, the only person who accosts him does so because the French bulldog he's walking is too cute to pass by without comment. (He's not incorrect: The dog is undeniably adorable.) 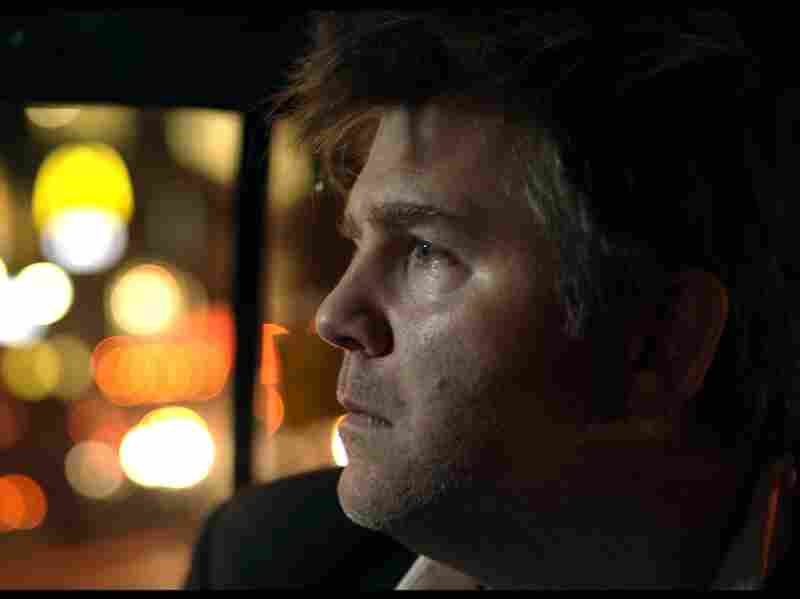 Apart from the concert footage, the film also features Murphy being interviewed by Chuck Klosterman, who does a good job of digging into Murphy's psyche. Oscilloscope Pictures hide caption 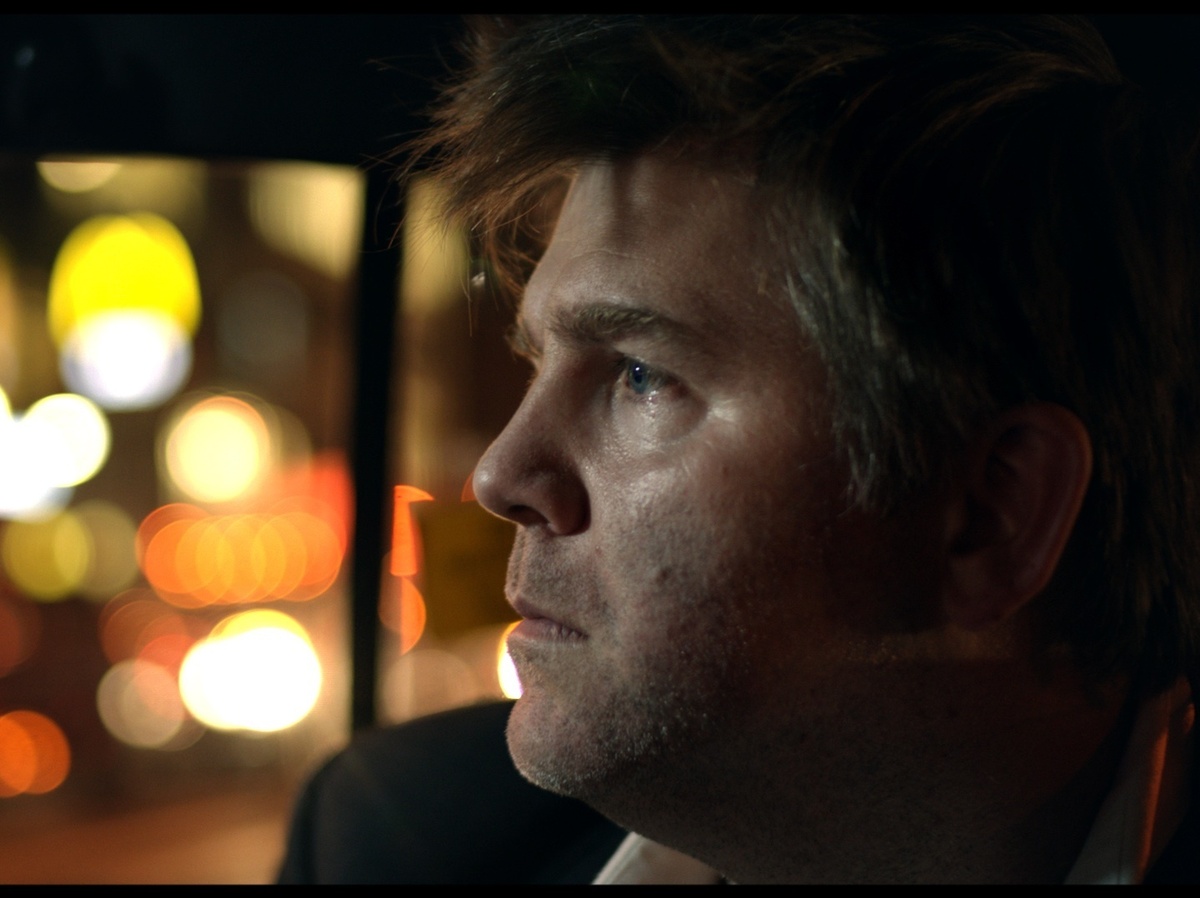 Apart from the concert footage, the film also features Murphy being interviewed by Chuck Klosterman, who does a good job of digging into Murphy's psyche.

In one of the film's most fascinating moments, Klosterman asks Murphy what his biggest failure was. After uncomfortably dodging the question at first, Murphy admits that the only thing he thinks he might regret is quitting.

The concert footage — covering 11 songs of the night's three-set, two-encore, 29-song sprawl — tends to support that notion. Watching the control the band wields over its huge audience, the tight musicality of the set and the rapport Murphy has, with both his regular collaborators and those just joining in for this event, one could easily conclude that this is a band going out on top. One could just as easily argue that we never saw where the top was, that Murphy pulled the plug in the midst of that ascent.

Either way, Shut Up and Play the Hits manages to effectively display the power of that final concert while putting the band's leader into thoughtful cultural perspective. While the filmmakers may sometimes be guilty of pushing the emotional connection with the band a little too hard — did we need to see the same weepy young man three times, including as the last shot of the film? — the tools that allowed them to highlight that connection exist only because this was a band that meant something special to everyone at Madison Square Garden that night. As time goes on, this is likely to be a film that will cement that connection with new fans who couldn't be there as well.