Accessibility links
The Leadership Conference of Women Religious Responds to Vatican Critique The Vatican recently announced that it would completely make over the Leadership Conference of Women Religious because of its "radical feminist themes incompatible with the Catholic faith." Sister Pat Farrell, who heads the organization, says many of the charges are unsubstantiated. 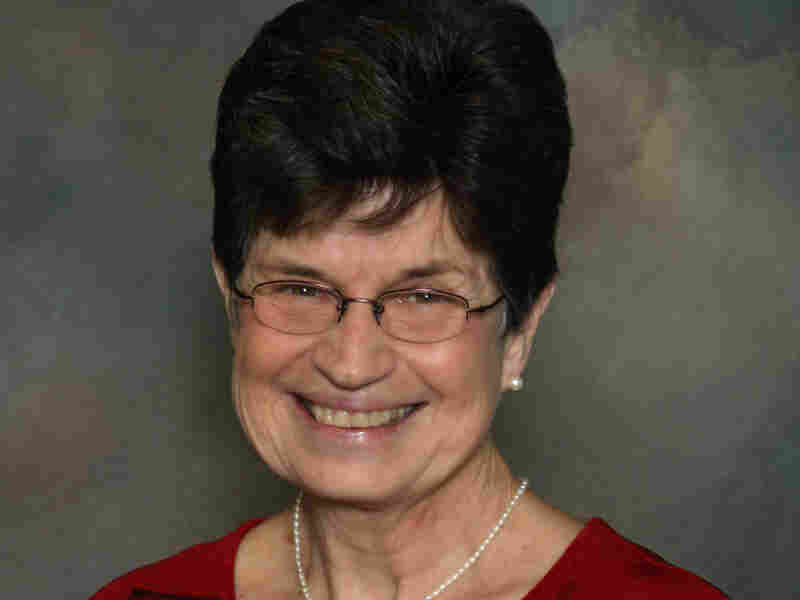 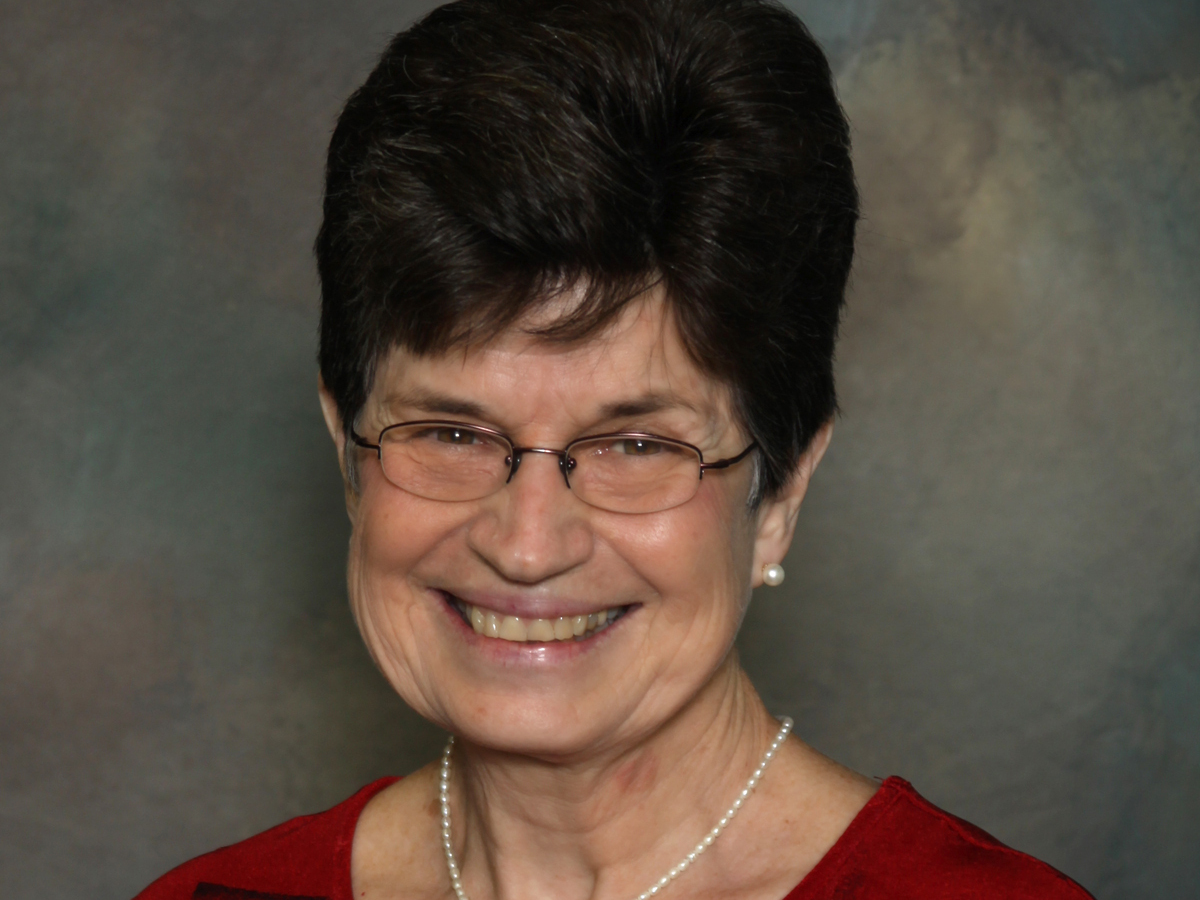 In April, the Vatican announced that three American bishops (one archbishop and two bishops) would be sent to oversee the Leadership Conference of Women Religious, a member organization founded in 1956 that represents 80 percent of Catholic sisters in the United States, to get them to conform with the teachings of the Church.

In its assessment of the group, the Vatican's Congregation for the Doctrine of the Faith said the leadership conference is undermining Roman Catholic teachings on homosexuality and birth control and promoting "radical feminist themes incompatible with the Catholic faith." It also reprimanded the nuns for hosting speakers who "often contradict or ignore" church teachings and for making public statements that "disagree with or challenge the bishops, who are the church's authentic teachers of faith and morals."

In their own statement, the nuns said the Vatican's doctrinal assessment of the group was based on "unsubstantiated accusations" and may "compromise" the ability of female nuns to "fulfill their mission."

"I would say the mandate is more critical of positions we haven't taken than those we have taken," says Sister Pat Farrell, the president of the Leadership Conference. "As I read that document, the concern is the issues we tend to be more silent about when the bishops are speaking out very clearly about some things. There are issues about which we think there's a need for a genuine dialogue, and there doesn't seem to be a climate of that in the church right now."

Farrell tells Fresh Air's Terry Gross that the leadership organization is currently gathering the perspectives of all of its members in preparation for its national assembly in August.

"We're hoping to come out of that assembly with a much clearer direction about [the Vatican's decision], and that's when the national board and presidency can proceed," she says.

"In my mind, [I want] to see if we can somehow, in a spirited, nonviolent strategizing, look for maybe a third way that refuses to define the mandate and the issues in such black and white terms," she says.

On questioning doctrine within the Catholic Church

"The question is, 'Can you be Catholic and have a questioning mind?' That's what we're asking. ... I think one of our deepest hopes is that in the way we manage the balancing beam in the position we're in, if we can make any headways in helping to create a safe and respectful environment where church leaders along with rank-and-file members can raise questions openly and search for truth freely, with very complex and swiftly changing issues in our day, that would be our hope. But the climate is not there. And this mandate coming from the Congregation of the Doctrine of the Faith putting us in a position of being under the control of certain bishops, that is not a dialogue. If anything, it appears to be shutting down dialogue."

"We're not talking about the risk of excommunication or leaving the church. That's not our intent. We're talking about the Vatican's dealing with a national organization, not with specific religious congregations or individual religious. The one and only underlying option for us is to respond with integrity with however we proceed. That is our absolute bottom line in this. Some of the options would be to just comply with the mandate that's been given to us. Or to say we can't comply with this and see what the Vatican does with that. Or to remove ourselves and form a separate organization."

And this mandate coming from the Congregation of the Doctrine of the Faith putting us in a position of being under the control of certain bishops, that is not a dialogue. If anything, it appears to be shutting down dialogue.

On the criticism from the Vatican regarding human sexuality

"We have been, in good faith, raising concerns about some of the church's teachings on sexuality. The problem being that the teaching and interpretation of the faith can't remain static and really needs to be reformulated, rethought in light of the world we live in. And new questions and new realities [need to be addressed] as they arise. And if those issues become points of conflict, it's because Women Religious stand in very close proximity to people at the margins, to people with very painful, difficult situations in their lives. That is our gift to the church. Our gift to the church is to be with those who have been made poorer, with those on the margins. Questions there are much less black and white because human realities are much less black and white. That's where we spend our days."

On roles within the church

"A bishop, for instance, can't be on the street working with the homeless. He has other tasks. But we can be. So if there is a climate of open and trusting and adequate dialogue among us, we can bring together some of those conversations, and that's what I hope we can help develop in a deeper way."

"The position we took in favor of women's ordination in 1977 was before there was a Vatican letter saying that there is a definitive church position against the ordination of women. So it's interesting to me that the document [just released by the church] goes back 30 years to talk about our position on the ordination of women. There has, in fact, been an official opinion from the church that that topic should not be discussed. When that declaration came out, the response of the Leadership Conference of Women Religious was to call for a nationwide time of prayer and fasting for all Women Religious in response to that. Because our deep desire for places of leadership of women in the church be open. It remains a desire. Since then, the Leadership Conference has not spoken publicly about the ordination of women. Imposing a silence doesn't necessarily change people's thinking, but we are in a position to continue to be very concerned that the position of women in the church be recognized."

On the phrase "radical feminist themes"

"Sincerely, what I hear in the phrasing ... is fear — a fear of women's positions in the church. Now, that's just my interpretation. I have no idea what was in the mind of the congregation, of the doctrine of the faith, when they wrote that. But women theologians around the world have been seriously looking at the question of: How have the church's interpretations of how we talk about God, interpret Scripture, organize life in the church — how have they been tainted by a culture that minimizes the value and the place of women?"

"I think the criticism of what we're not talking about seems to me to be unfair. Because [Women] Religious have clearly given our lives to supporting life, to supporting the dignity of human persons. Our works are very much pro-life. We would question, however, any policy that is more pro-fetus than actually pro-life. If the rights of the unborn trump all of the rights of all of those who are already born, that is a distortion, too — if there's such an emphasis on that. However, we have sisters who work in right-to-life issues. We also have many, many ministries that support life. We dedicate to our lives to those on the margins of society, many of whom are considered throwaway people: the impaired, the chronically mentally ill, the elderly, the incarcerated, to the people on death row. We have strongly spoken out against the death penalty, against war, hunger. All of those are right-to-life issues. There's so much being said about abortion that is often phrased in such extreme and such polarizing terms that to choose not to enter into a debate that is so widely covered by other sectors of the Catholic Church — and we have been giving voice to other issues that are less covered but are equally as important.

"Our concern is that right-to-life issues be seen across a whole spectrum and are not narrowly defined. ... To single out one right-to-life issue and to say that that's the only issue that defines Catholic identity, I think, is really a distortion."