Accessibility links
The Big Apple Gets A Taste Of Latin Music : Alt.Latino Once a year, hundreds of prominent and aspiring Latin musicians and industry heads converge on New York City for the Latin Alternative Music Conference. The weeklong event includes business panels, as well as concerts spread throughout the city. 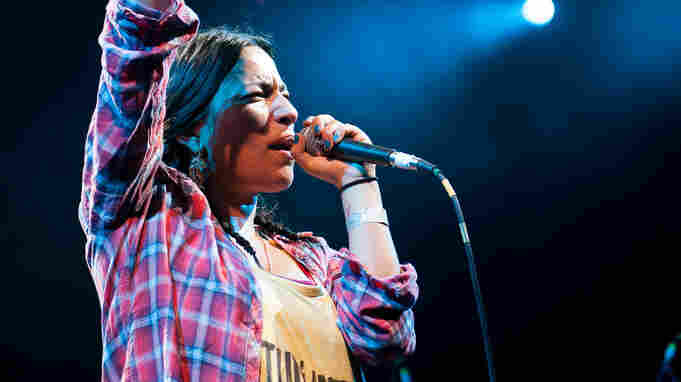 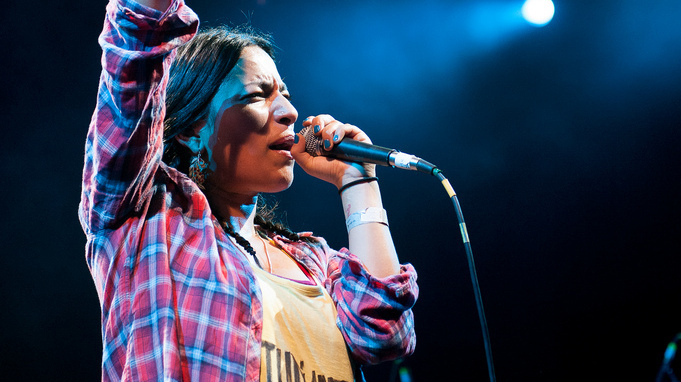 Hear Concerts From The Festival

New York is always a musical city. But every July, in the sweltering heat, it becomes intensely about Latin music — Latin Alternative music, to be precise. The annual Latin Alternative Music Conference brings together the biggest names in the genre, aspiring musicians and industry bosses to discuss the state of the music business and new technologies and issues.

This year brought the best of Latin Alternative music to New York. Big names included Puerto Rican rap duo Calle 13, whose concert in Brooklyn's Prospect Park left as many people outside the venue as were inside. The place was packed, the crowd was fervent and the show was remarkable.

It was also a showcase for rising stars, among them Chilean rapper Ana Tijoux (well known in Latin America and rapidly gaining popularity in the U.S.), who opened for Calle 13 and left its hard-to-please fans mesmerized. Tijoux is exceptional onstage: a lyrical machine gun with energy to which other MCs should aspire.

Similarly, La Santa Cecilia, beloved in its native California and gaining steam in the rest of the world, got a chance to show off its chops onstage. Those who've enjoyed its music were converted enough to wind up chanting, "Otra! Otra!" ("Encore!"). Mixing bolero, ranchera and gut-wrenching blues, La Santa Cecilia's Marisol Bello may well have been the most stunning vocalist at LAMC this year.

And, of course, events like the LAMC provide opportunities for aspiring artists to get their music heard. One favorite discovery was Xenia Rubinos, whose strange and hypnotic music recalls Fiona Apple but also takes Alt.Latino co-host Felix Contreras back to Deep Purple. Those are two very different comparisons — a good indication that an artist is truly new and exciting.