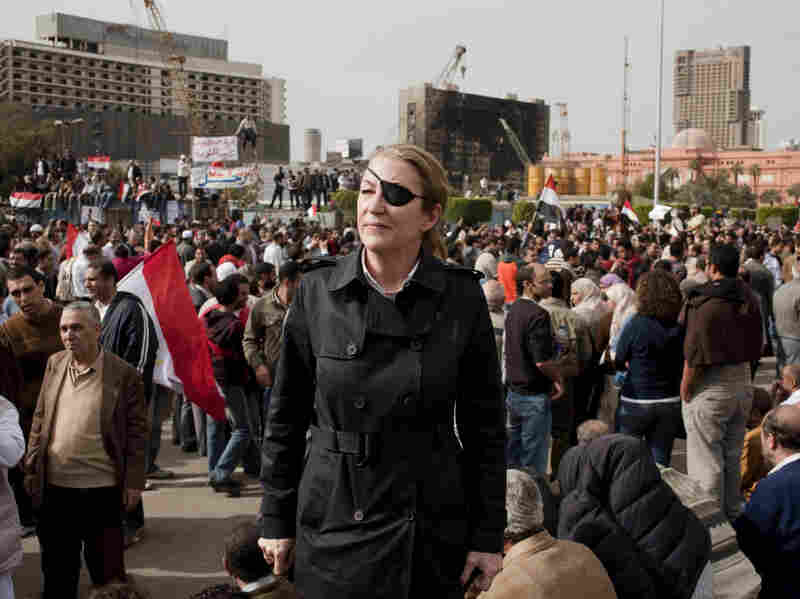 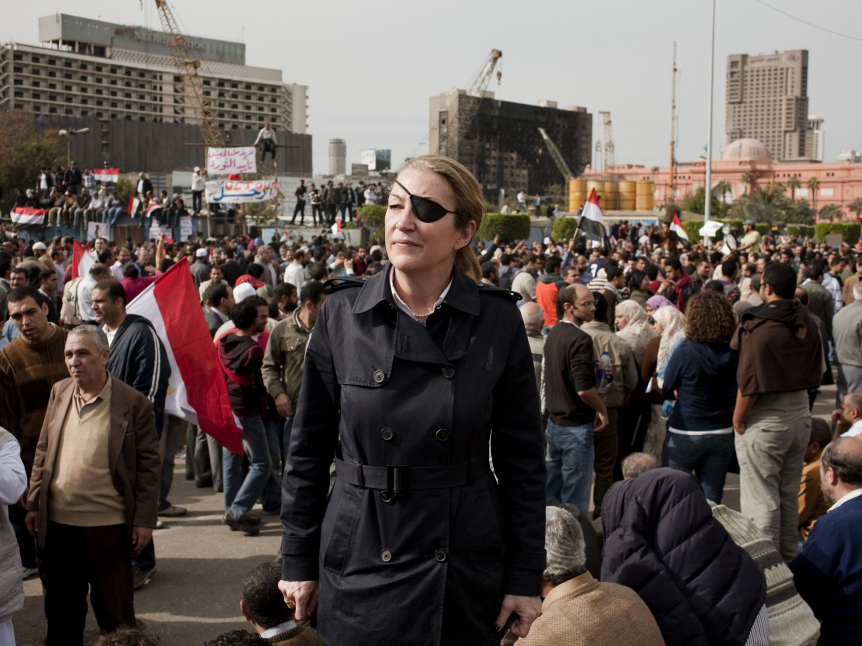 Tina Brown, editor of The Daily Beast and Newsweek, tells us what she's been reading in a feature that Morning Edition likes to call "Word of Mouth."

This month, Brown shares reading recommendations related to the changing nature of war, including a book on Obama's foreign policy and an article about the ongoing destruction of Timbuktu's ancient monuments.

A Reporter Who Wouldn't Quit

Brown's first pick is "Marie Colvin's Private War," by Marie Brenner; it's a profile of the late war correspondent, featured in this month's Vanity Fair.

Colvin died in February under Syrian shelling while on assignment in Homs, Syria. Brown compares her to Martha Gellhorn, the war reporter who famously covered the Spanish Civil War and World War II.

"She was a war correspondent completely of the old school," Brown tells NPR's Steve Inskeep. "She wanted to be there on the ground, in the middle of danger, writing her dispatches. She was a crazy, danger-loving girl who really couldn't resist, in a sense, the adrenaline of the front."

"That was really one of the great untold stories of the time," Brown says. "[Colvin] just could not stop going back, even when it was quite clear that she had really enough shellshock to get out of the game."

"Colvin certainly had a strong humanitarian instinct," Brown adds. "She wanted to tell the stories of the people that no one wanted to write about or cared about.

"But she also had several marriages, she was constantly in love with the wrong guys, she had a drinking problem, she couldn't have kids; all of these things, I think, made her a pretty tumultuous and unhappy woman underneath. And going off to war means that you can simply put everything in a box — sweep it away — and that's really in a sense a way of evading reality also." 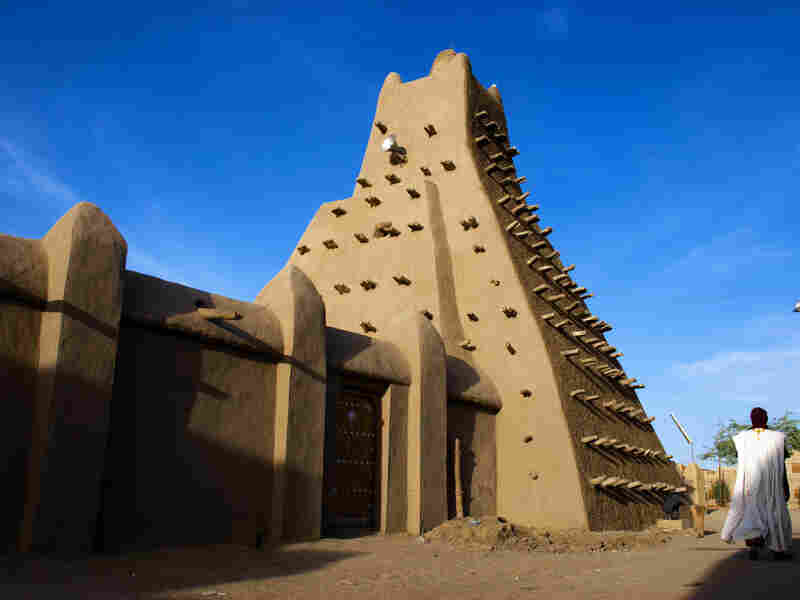 The Sankore mosque in Timbuktu dates from the 15th and 16th centuries. Islamist rebels who took over the city earlier this year have since started destroying ancient tombs and mosques like this one. Jordi Cami/Cover/Getty Images hide caption 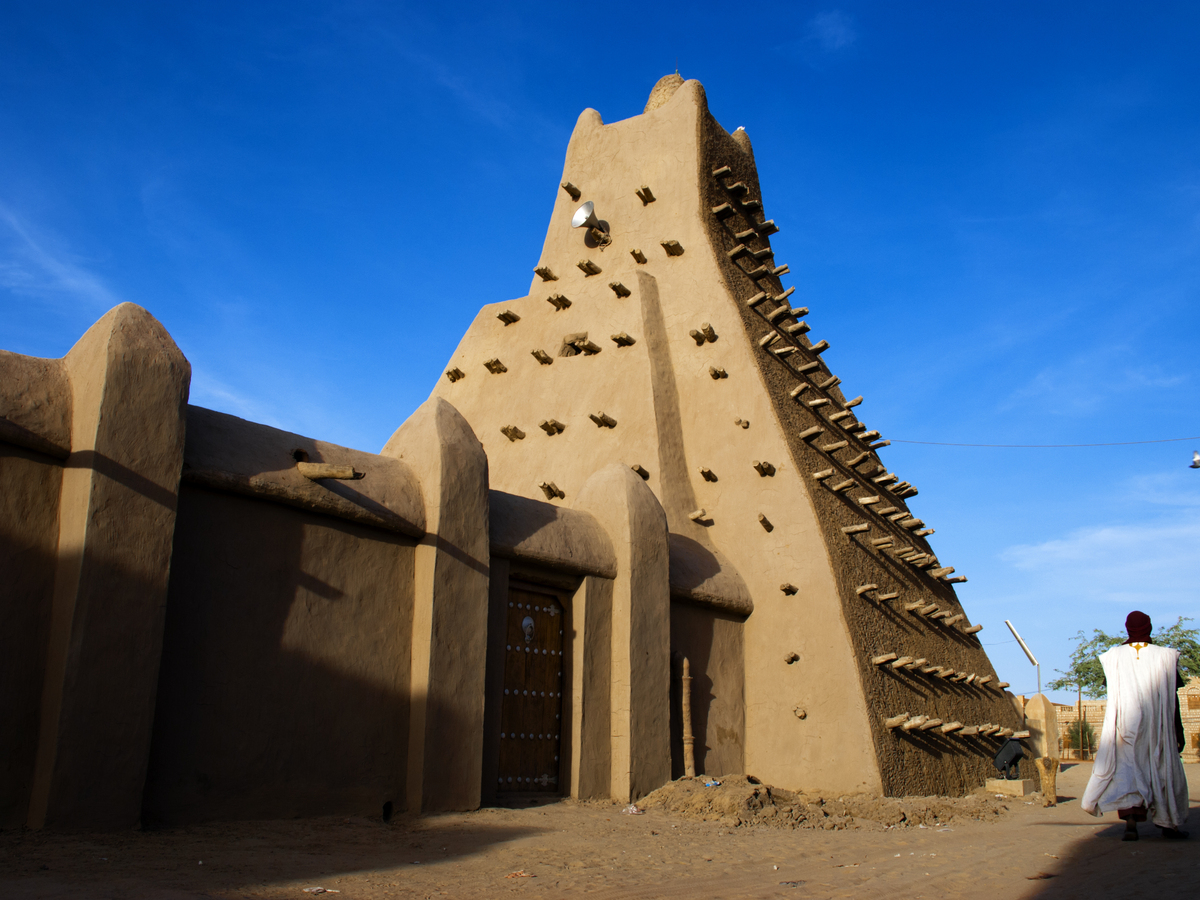 The Sankore mosque in Timbuktu dates from the 15th and 16th centuries. Islamist rebels who took over the city earlier this year have since started destroying ancient tombs and mosques like this one.

A Historic City Coming To Ruins

Next is "Lost City," an article by Peter Chilson in Foreign Policy magazine. Chilson documents how the Islamist rebels who recently took over the city of Timbuktu, in the West African nation of Mali, have begun systematically tearing down many of its ancient tombs, mosques and monuments, just as the Taliban did in Afghanistan. The structures, sacred to Sufi Muslims, are seen as idolatrous by the rebels.

Brown says Chilson's piece highlights the destruction while also providing a beautiful picture of the city itself.

"At night, the desert sky was so bright and clear it seemed to rest right on the rooftops," Chilson writes of when he first saw Timbuktu. "During the day, the city and landscape blended into the blinding pale sky, as if Timbuktu itself were floating on a cloud."

"There's a dreamlike quality to this landscape," Brown says. "And [Chilson] writes also about how Timbuktu has always had a genius for being able to absorb its invaders. Century after century, since the 14th century, it has been invaded and it has had these uprisings, but it returns."

Brown and Chilson both wonder, though, how Timbuktu will survive this time. 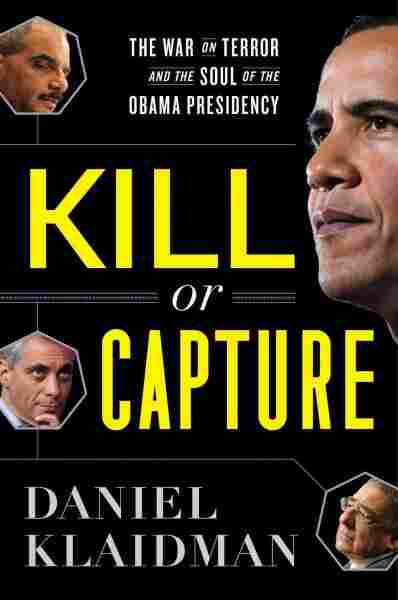 The War on Terror and the Soul of the Obama Presidency

"[The rebels] are killing the soul of Islam," says one of the people interviewed in Chilson's piece. Brown adds: "They're doing that by wiping out [Islam's] own history — its very notion of itself."

Finally, Brown recommends Kill or Capture by Daniel Klaidman, a book that looks at the war against extremism as fought by President Obama.

"This is a fascinating book because it really gets behind the headlines in terms of each of these drone attacks that one sees," Brown says. "Daniel Klaidman has really brilliantly gone behind what it's like to be part of this moral agony. [The book] lays bare the human dimension of the wrenching national-security decisions that have to be made."

The book in part looks at the promises that Obama made before coming into office, and how much his decisions have in fact differed from those of the previous administration.

"You see again and again with the presidency how actually being in the office so changes the man who takes office," Brown says. Obama, the article suggests, has had to fight to maintain some principles.

"America still faces these enormous threats from al-Qaida, as you see in places like Yemen and Somalia, and [Obama is] always looking for a way to confront these threats without sending boots onto the ground.

"He keeps saying to this team, 'I want to stay al-Qaida focused.' He doesn't want mission creep; he doesn't want to find himself getting caught up in more wars of distraction."

In the book, Klaidman — a correspondent at Brown's Newsweek and The Daily Beast — tells of some particularly dramatic decisions that the commander in chief has been forced to make.

"Obama is having dinner at a black-tie event, and you'll see members of his team come in and take him out," Brown says. "He has to make a decision then and there, on the spot. There is no deflecting it; it's yes or no, live or die."