Accessibility links
Study: Many Could Face Obstacles In Voter ID Laws A new report finds that millions of potential voters in states that require photo ID at the polls live more than 10 miles from the office that issue IDs. Nearly half a million of these people don't have access to a car or other vehicle. With the new requirements, "it certainly looks and feels like a poll tax," says one voter advocate. 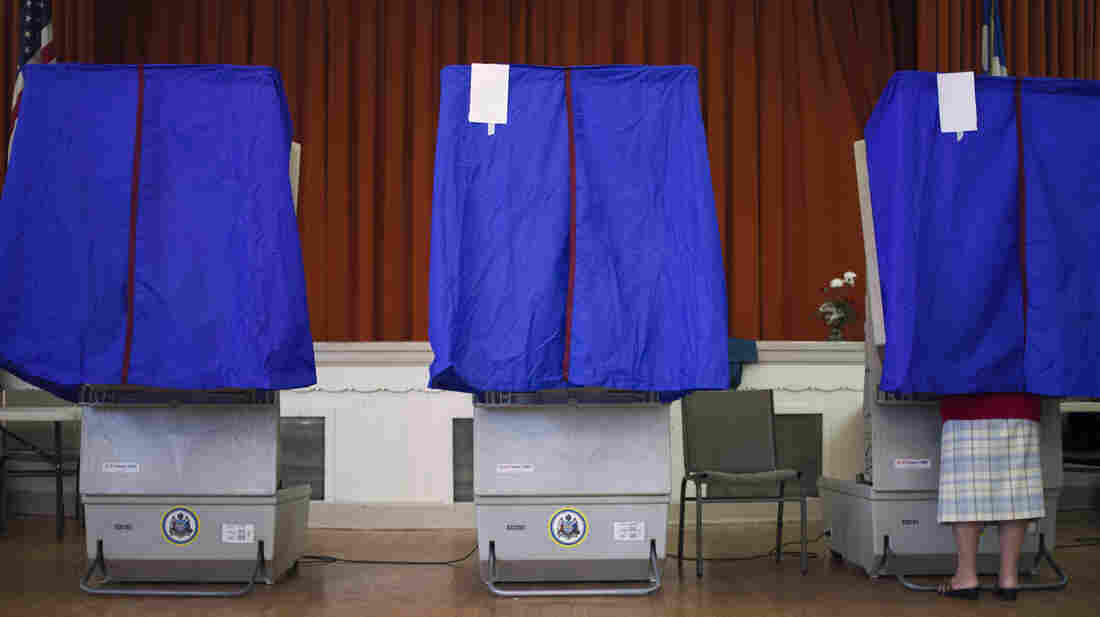 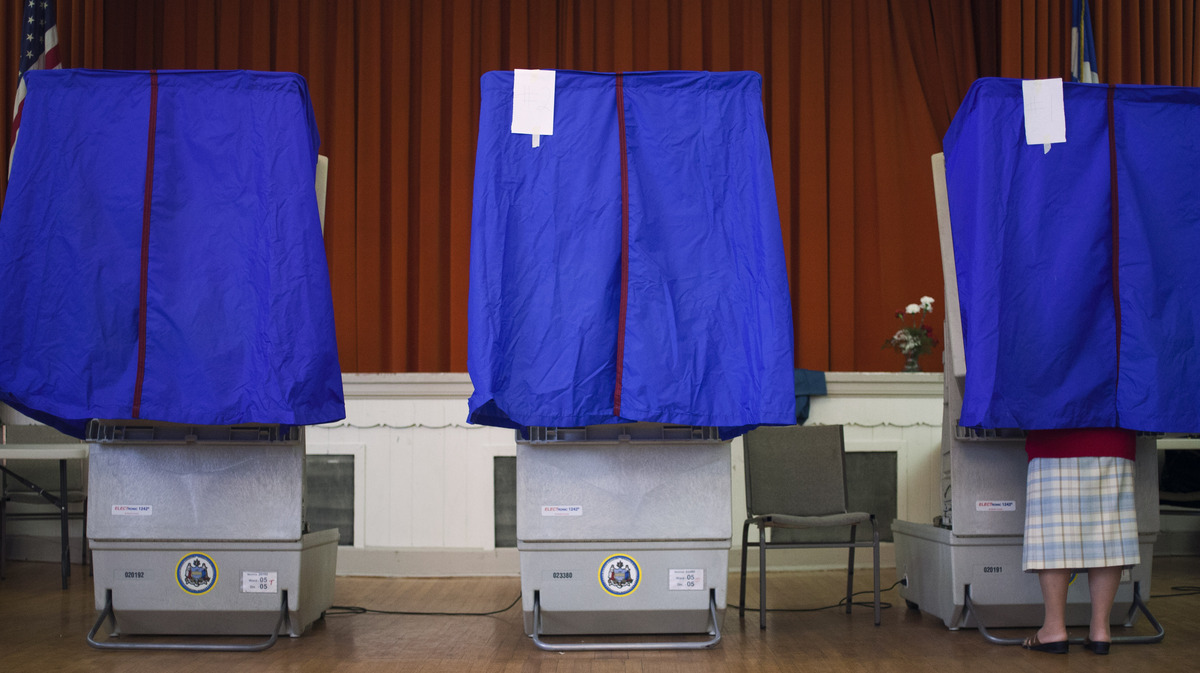 A voter casts a ballot during the Republican primary election April 24 in Philadelphia.

A new report by the Brennan Center for Justice finds that more than 10 million potential voters in states that require photo ID at the polls live more than 10 miles from offices that issue such ID. Nearly 500,000 of these voters don't have access to a car or other vehicle.

Many of these people presumably already have a photo ID, but for those who don't, the new laws pose a special challenge, according to the Brennan center. The center, which advocates for wider citizen participation in government, opposes many of these new voter ID laws.

The report, which details the obstacles to getting government-issued photo ID, is the latest volley in the battle over the impact of new state voting laws.

Report: Not Free And Not Easy

"I've voted my entire life, from the time I was old enough to vote," says Bea Bookler, 94, of Devon, Pa.

She cast her first ballot for Franklin Roosevelt. But now, unless she can get to the motor vehicle office 10 miles from her home, she won't be able to vote in November.

"How would I get there and how would I manage to stand in a line?" says Bookler, who uses a walker. She says she can barely make it to the polling place next door to her retirement community. She also doesn't understand why she has to go to all this trouble in the first place. She already has a voter registration card.

"I have an ID which says I am registered to vote in Chester County. There is no reason why I should need anything else. It's an outrage," she says.

Sponsors say that the laws are needed to prevent voter fraud and that free ID cards are available for those who don't have them. But Keesha Gaskins, senior counsel at the Brennan center, says for many people the IDs are far from free.

"What we discovered was that there was limited access to these ID-issuing offices," Gaskins says, citing long travel distances and limited office hours.

The center found that no offices that issue IDs are open on weekends in Alabama, Kansas, Mississippi, Texas and Wisconsin. In some areas, the offices are open only one day a month.

And that's not to mention the cost of documents — such as birth certificates and marriage licenses — that people often need to get a photo ID. The prices can range from $8 to $25, which Gaskins says is a lot for some poor people, and more than the $1.50 poll tax the Supreme Court found unconstitutional in 1966.

"It certainly looks and feels like a poll tax," says Gaskins.

An Inconvenience Or More?

That's a comment that has sponsors of the laws crying foul. But the issue is being raised in several lawsuits.

Bookler is part of a challenge filed by the ACLU of Pennsylvania, the Advancement Project and others against Pennsylvania's new law. A three-judge panel last week also heard a case in U.S. District Court involving a Texas ID law, which the U.S. Justice Department has blocked as discriminatory. Witnesses told the court that some Texas voters would have to travel more than 100 miles each way to get to the nearest motor vehicle office.

But one author of the law, Republican state Rep. Brandon Creighton, says that doesn't mean anyone will be denied the right to vote. "The fact is is that, in rural areas, people choose to live in rural areas and they're accustomed to commutes," says Creighton.

Whether it's for health care, shopping or going to a government office, he says long trips in Texas are a way of life. "It may be an inconvenience for many of us. But disenfranchised, I don't believe so, no," says Creighton.

And in fact, no one really knows how many voters lack photo ID. Some people think the numbers are a lot lower than the Brennan center and others claim.

States are also taking steps to make it easier to get ID.

The Pennsylvania secretary of state's office says, for example, that voters like Bookler, who have expired driver's licenses, don't have to show a birth certificate to receive a new ID. And if push comes to shove, Bookler says she'll find some way to get to the DMV office, rather than not vote. Although she still wonders why she has to do anything at all.