Accessibility links
The Nation: Can LIBOR Force U.S. Banking Reform? As the investigation into the LIBOR rate-fixing scandal continues, The Nation's John Nichols says lawmakers should use the debacle as an opportunity to push for meaningful financial sector regulations. 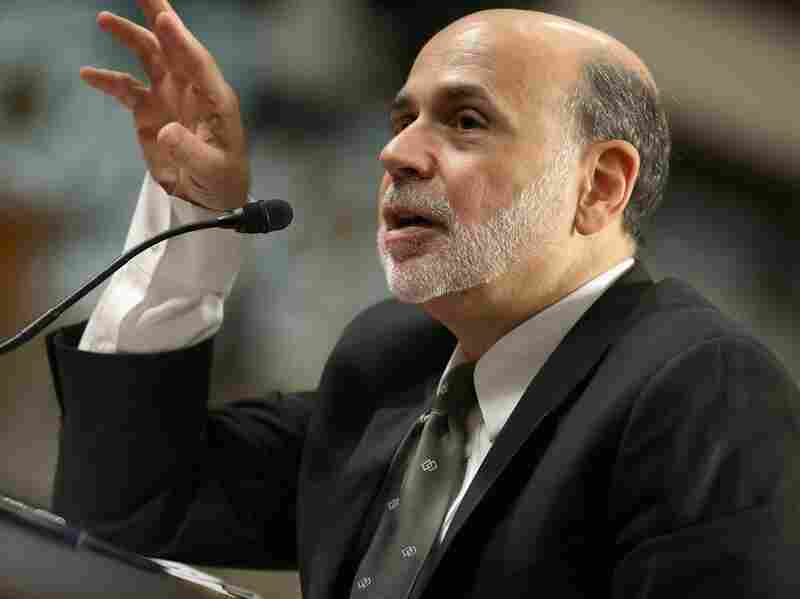 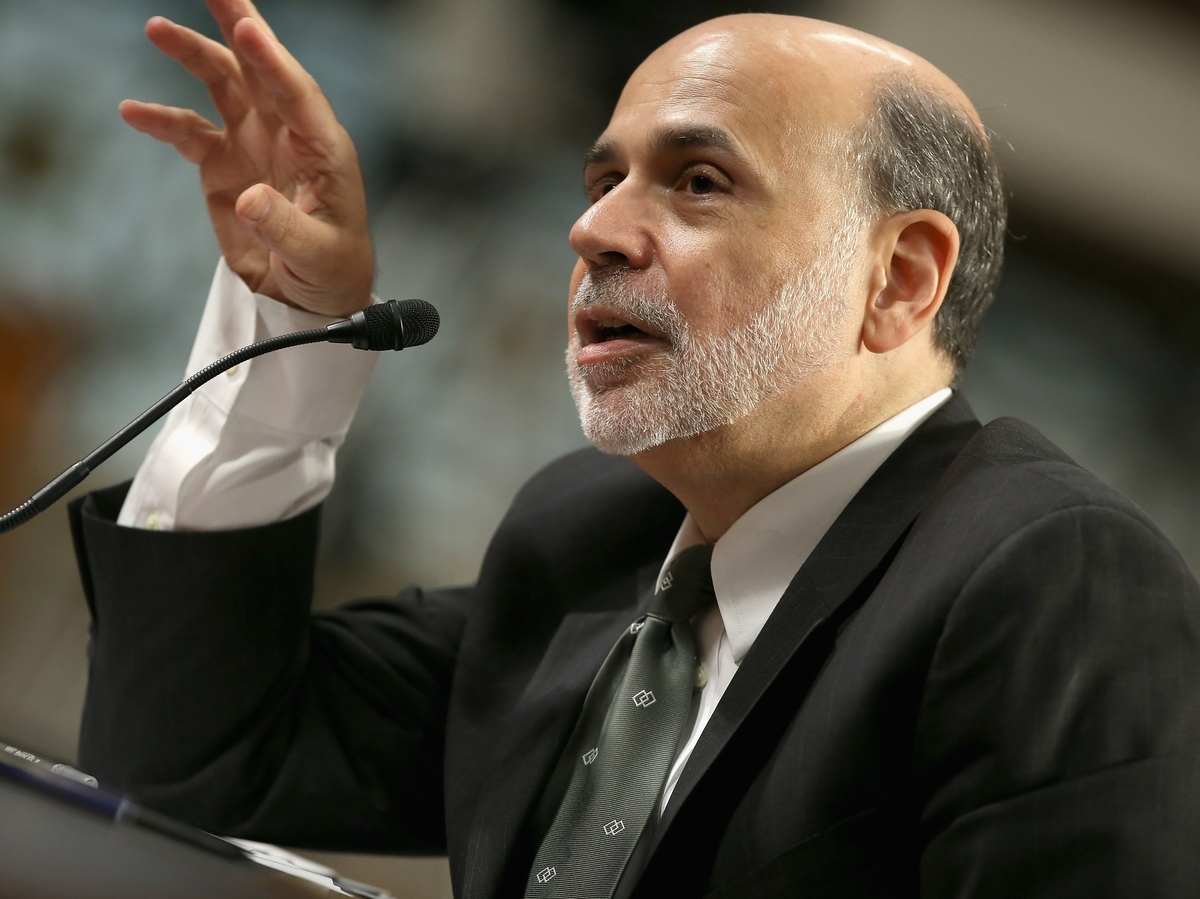 John Nichols is a Washington correspondent at The Nation.

As lies go, none is greater than the one that suggests banks are capable of "self-regulation."

Given authority over their own affairs, through fantasies such as "self-reporting," CEOs, CFOs and COOs who travel in limousines, wear very expensive suits and give to all the right charities will do what comes naturally to them: lie.

Indeed, they will engage in practices so deceitful that, the governor of the Bank of England, Sir Mervyn King, says they "meet my definition of fraud."

King's level of bluntness with regard to the scandalous behavior of international bankers has yet to enter into the mainstream discourse of the United States, where most politicians (with notable exceptions such as former New York Attorney General and Governor Eliot Spitzer and Congressman Dennis Kucinich) remain determined to do the bidding of their Wall Street paymasters — and where most media can't be bothered to cover stories about the costs these cozy relationships impose of society.

But the conversation about crooked banks and lying CEOs is getting more interesting in Britain — so much more interesting that it is all but certain to have an impact on the United States. Why sort of impact? Hopefully, it will be a recognition that the so-called bank reforms of 2010 were, as former Senator Russ Feingold, Congresswoman Marcy Kaptur and others suggested, dramatically insufficient.

The biggest story of recent weeks in London is that of a banking scandal so extreme and so sweeping as to confirm that, when afforded a free hand, the most powerful bankers in the world will create self-serving structures that distort and ultimately undermine free markets. Indeed, argues The Economist magazine, lies by international banksters have put "banking in crisis."

Teddy Roosevelt was right when he argued that strict regulation was needed to prevent the bad players of the private sector from creating monopolies so over-arching that they could destroy not just competition but — through their exercise of political and media power — democracy itself.

Roosevelt's observations take on a new urgency with each news report from Britain, a country that has been shocked into something akin to consciousness by the revelation that some of the biggest banks in London (and the world) had — when given leeway to manage information critical to the functioning of financial markets — cheated. They filed false information to, in the words of London's Independent newspaper "help mask losses and help improve their own financial positions."

The banks did this by "fixing" the LIBOR — the average interest rate at which banks say they lend to one another. The LIBOR forms the basis for lending rates charged in countries around the world, It effectively defines the cost of money. When the LIBOR is "fixed" via false submissions by crooked banks and the crooked bankers who run them, the global economy is suddenly operating not on facts and figures but on fantasies.

Obviously, this is not just a British problem.

The scandal has spread to the United States, with the revelation that key US players such as Treasury Secretary Timothy Geithner knew about the potential for massive wrongdoing by big banks. When he headed the New York Federal Reserve in 2008, Geithner alerted British authorities to the prospect that banks might be "deliberately misreporting" LIBOR submissions.

Unfortunately, Geithner's warnings did not lead to action that might have averted the deliberate misreporting.

Geithner now faces questions about what he knew and when he knew it, and about whether he followed up sufficiently on his 2008 warning. Inquiries about due diligence will become incredibly significant, as investors lost tens of billions of dollars as a result of the manipulations by the men who manage the false constructs that we refer to as "too big to fail" banks. (Despite the claims made about the banking reforms implemented in 2010 by Congressional Democrats and the White House, the "too big to fail" threat remains; which is why Feingold and other serious reformers opposed the legislation.)

Federal Reserve chairman Ben Bernanke on Tuesday admitted to Congress that the LIBOR system is "structurally flawed." Inconveniently for Bernanke, he is giving his semi-annual report to Congress this week. He told the Senate Banking Committee Tuesday morning that the whole scandal has undermined confidence in the financial services industry.

If Congress does its job — arguably a long shot — Bernanke will face pointed inquiries about the emptiness of the promise that international and domestic regulators are keeping tabs on banks and bankers. More importantly, he should face pressure to come up with better approaches that "self-reporting" and "self-regulation," as they obviously do not work with the new cult of banisters.

Whatever Congress comes up with, however, consumers should be aware that a house of cards could be crumbling. The truth is beginning to come out. In Britain, Barclays Bank has already been fined roughly $400 million and it's chief executive, Bob Diamond, has been forced to step down. The head of the Bank of England, who was in communication with Geithner back in 2008, delivered testimony Tuesday to a Parliamentary select committee. His use of the word "fraud" to describe the actions of the banksters made news. But the official statements were far less compelling than the headlines in the British press — "LIBOR Scandal — The Net Widens" — which pointed to more trouble (latest price-tag for the hit: $27 billion) for more big banks.

Other headlines speak of a rush by British consumers to "ethical" financial institutions — cooperative banks, innovative new projects such as Britain's fascinating Charity Bank and British variations on American credit unions — that at their best reject standard corporate models and by most accounts operate under stricter and better rules.

This is a smart move. But the even smarter move, proposed by a growing number of British political figures, is the return to real regulation of the big banks. To be sure, some of that regulation should be international in scope, as the most powerful banks now operate in multiple countries. But meaningful regulation must begin at the domestic level. In Britain, this will require a radical remake of the LIBOR system. In the United States, it can and should begin with the restoration of the Glass-Steagall Act and other regulations that were scrapped at the behest of the banksters and that now must be restored at the behest of the American people.